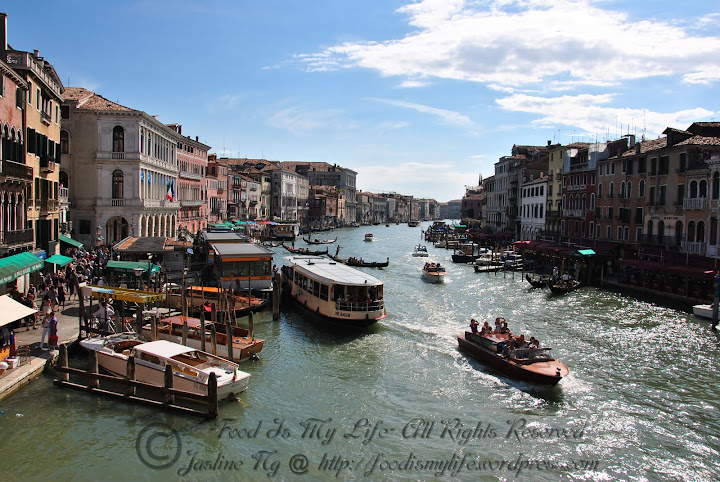 View of the Grand Canal from the Rialto Bridge

It was our 7th day in Italy, and X and I scrambled out of bed as early as we could in the morning and headed down to Venice. We planned only a day trip in Venice before heading towards Budapest in the evening. 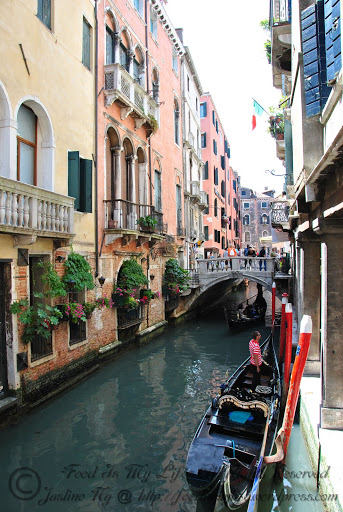 When we were in Europe, most hostels provide free tourist maps, or we could sometimes get them from tourist information centres. However, when we reached Venice, we realized there's no free tourist maps available at all. Instead, we have to purchase the map from shops - at a pretty hefty price.

Thankfully we downloaded a map online the night before while we were still in Florence so we decided to explore around without buying a map. 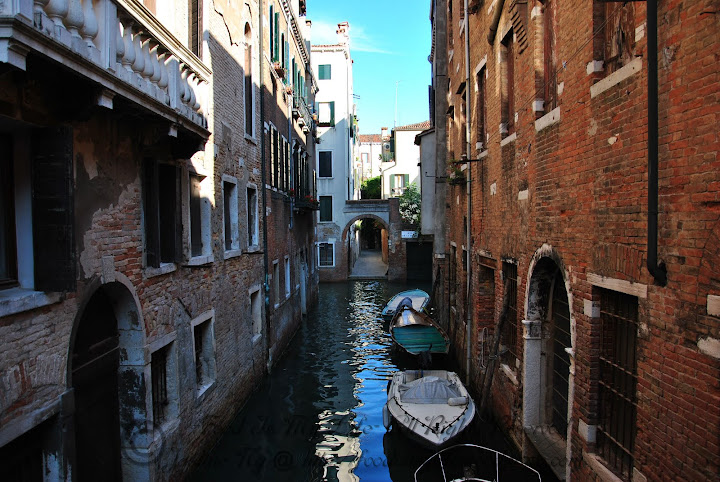 Majority of Venice is composed entirely out of narrow footpaths (and bridges), so it's really safe to just walk around - there's no need to look out for vehicles, except for pedestrains (heh).

Venice is really like a maze - we got lost in the  various turns here and there and I was actually pretty annoyed (haha). However, looking back at the photos now, I'm quite glad we got lost - the photos we managed to capture are calmer and more serene. It shows a more quiet side of Venice if it's not over-crowded with tourists. 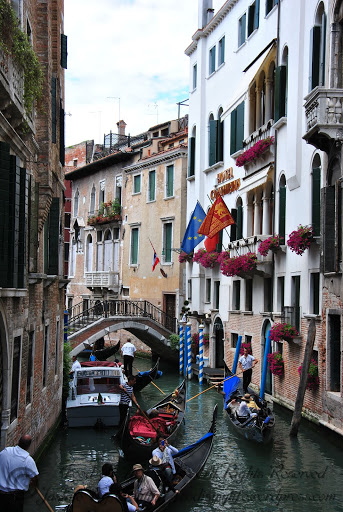 The gondola ride, in our opinion, is the top tourist trap in Venice, so naturally we didn't go for it. But it was quite fun seeing the numerous gondolas sailing past, trying hard not to collide with each other. 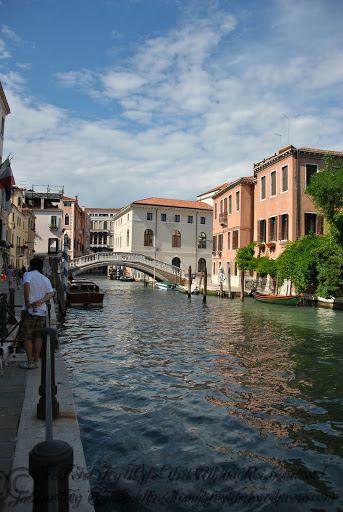 Being one of the top tourist destinations in the world, Venice is simply over-crowded (look at the photo below!) 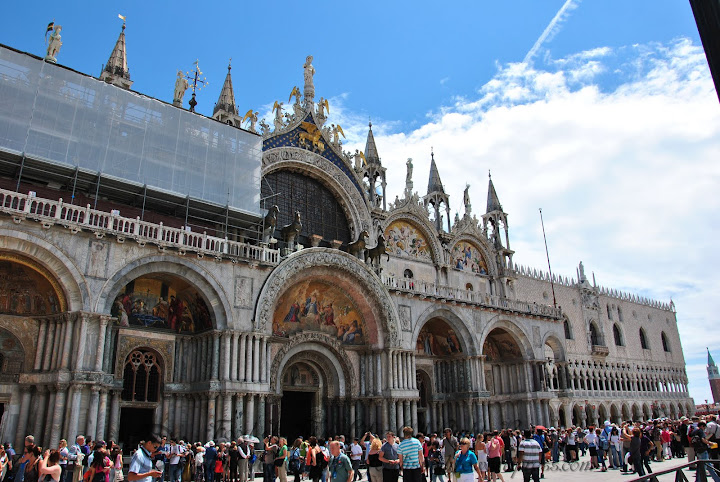 After much getting-lost, we finally reached Piazza San Marco. Sadly, a portion of the basilica is under restoration. 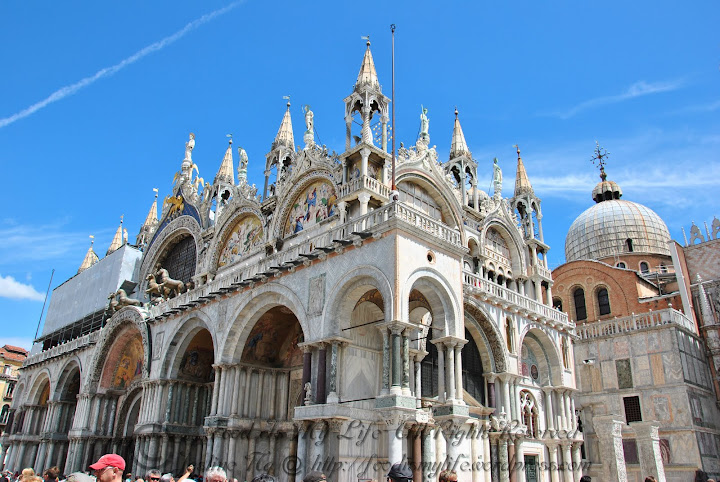 Basilica di San Marco is the most famous churches in Venice - and being the most famous means the queue to get in to get a glimpse of this beauty is insanely long as well. 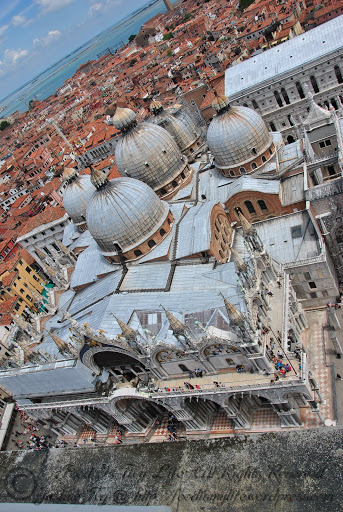 View of Basilica di San Marco from the Campanile

Even though we tried to avoid doing tourist-y stuff, we still went up Campanile di San Marco, to catch a view of Venice. 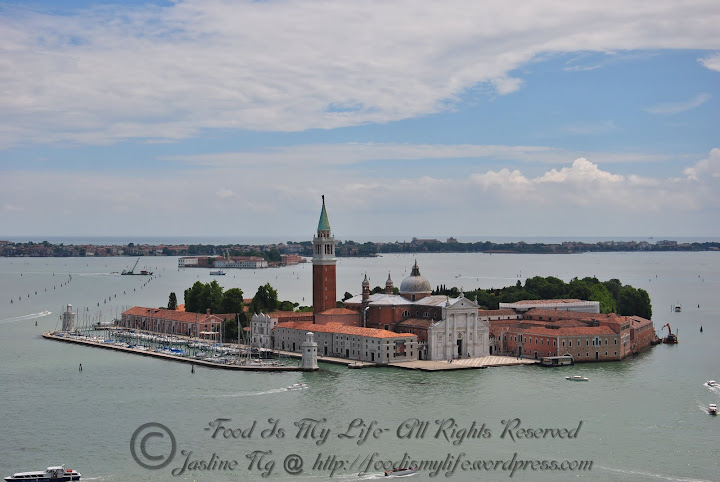 View of Island of San Giorgio Maggiore from the Campanile 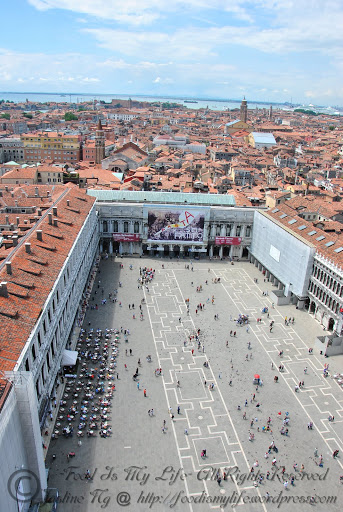 View of Pizza San Marco from the Campanile 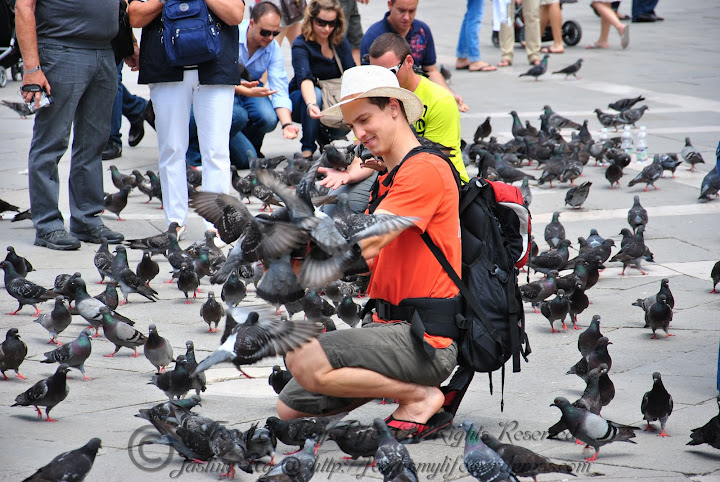 After coming down from the Campanile, we hang around at Piazza San Marco and we saw many people feeding pigeons (do they know that pigeons are extremely unhygenic?!) 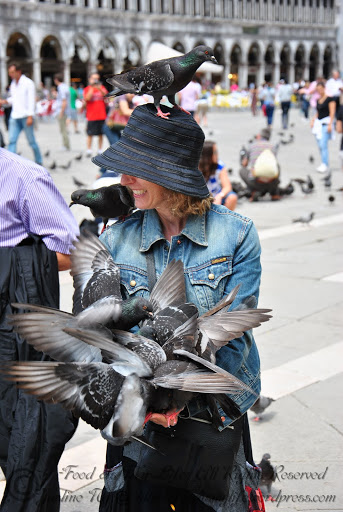 There's a man selling corn in the Piazza (which is not allowed of course) and the pigeons simply flock to anyone who holds the corn. 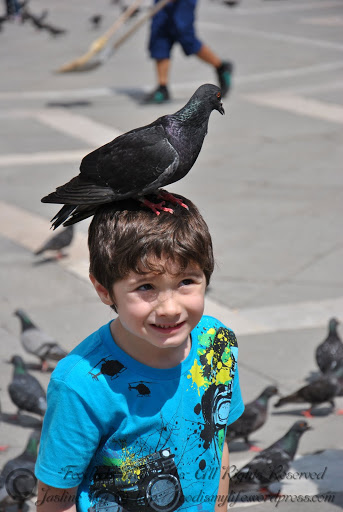 And sometimes they find a nice landing on someone else's head... 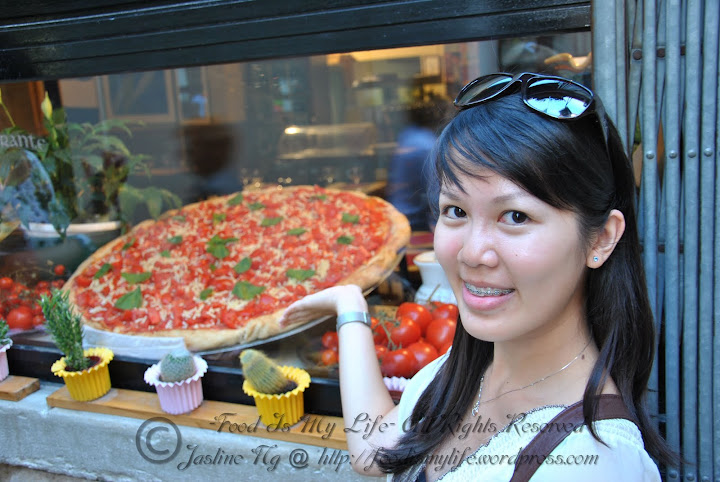 X and I didn't have a good meal in Venice and sicne we only had one meal, I decided not to comment too much about the food in Venice.

But we saw this really ginormous pizza, and of course we took a photo of it (haha).

Overall, Venice is not my top favourite destination -  it's a huge tourist trap and it's too over-crowded. Having said that, the quiet side of Venice is still beautiful and serene. I will recommend getting lost (and I mean it literally haha) in Venice to admire the other beauty of Venice instead of only visiting the top tourists' spots. (: 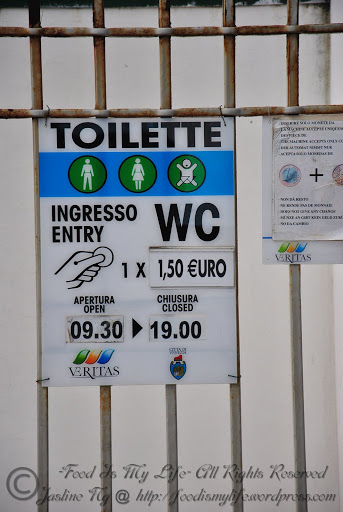 Last but not least, visiting Venice made me feel really grateful for our public toilets in Singapore. This is the only public toilet in Venice (I think) and it costs 1.50 euros to go in, which is slightly below SGD3. In Singapore, paid public toilets are only about SGD0.20, and often we still complain why we should pay for it. So, let's all learn to be a little bit more thankful! (: