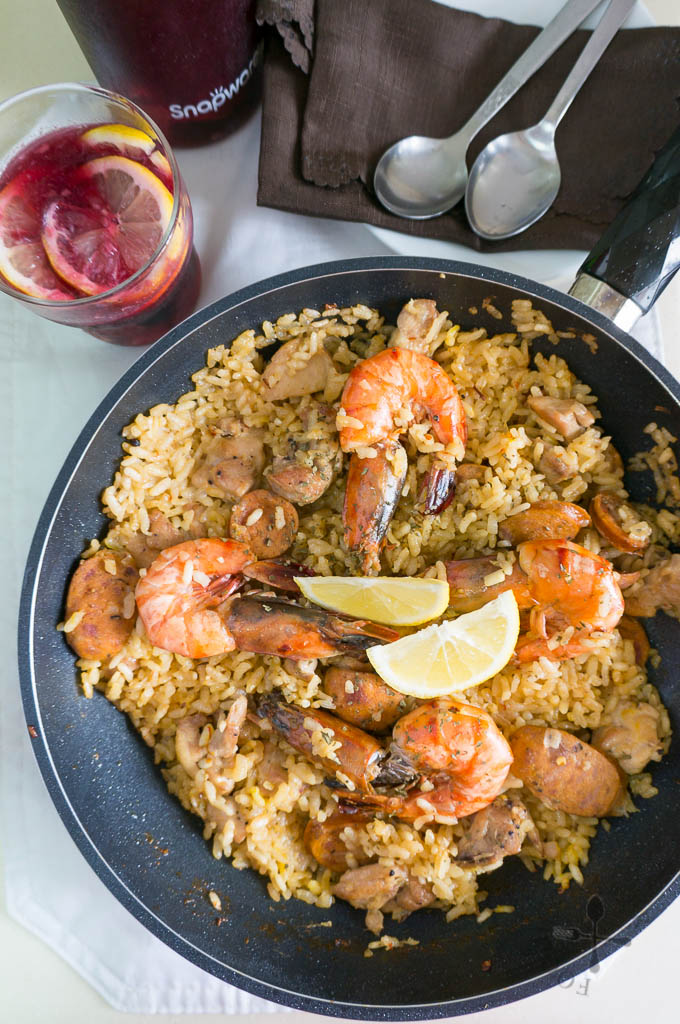 Another Gordon Ramsay recipe! Paella is a dish that I love after having tried it in Spain during my graduation trip (how I wish I can go back there!) But I have not tried making it because saffron is so expensive here! A small box of saffron will set me back by at least $10!

The chance to make paella came when X wanted to cook something for me - so he sponsored all the ingredients, but somehow it ended up me cooking the dish... oops!

The preparation is very straight forward, sauté the ingredients, add stock and seafood, and simmer until done - definitely manageable! 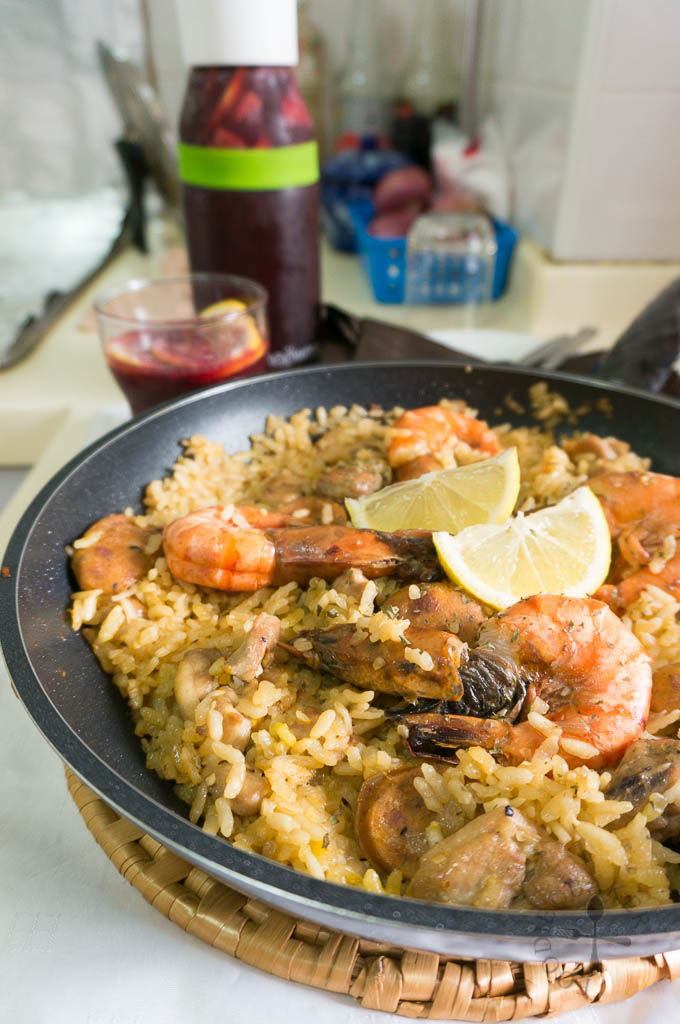 We splurged a little and bought tiger prawns but I think it would have been equally good with other large prawns - tiger prawns are quite pricey! We also substituted Spanish rice with Arborio rice and made the paella in my 12-inch non-stick frying pan. Was really glad the paella turned out well despite not having the traditional equipment!

I really love the paella as it was so delicious and flavourful! Will definitely be making it more often in the future. 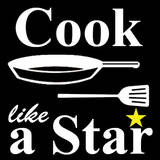 I'm submitting this to Cook Like A Star, hosted by Zoe from Bake for Happy Kids, Yen from Eat your heart out and Mich from Piece of Cake. 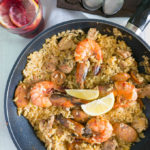