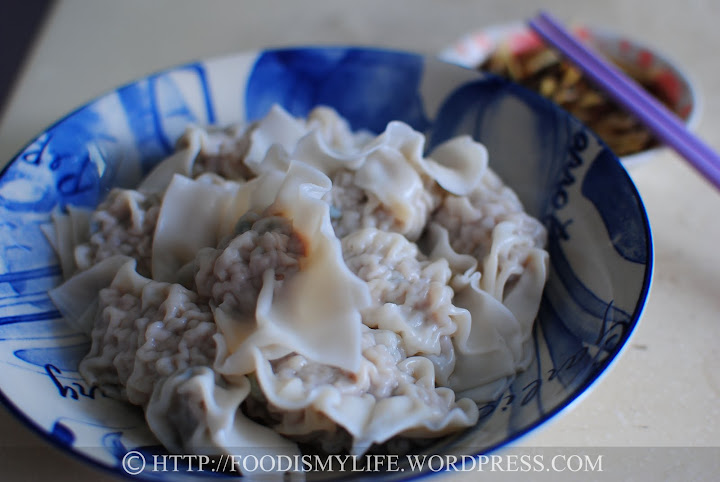 But of course, this tradition is gradually being forgotten - with parents being too busy and children being more picky about their food, Chinese dumplings are often not prepared anymore during Chinese New Year. Many families prefer to book a restaurant outside and dine there. Though my family doesn't wrap dumplings for Chinese New Year, we've never gone out to a restaurant for dinner on Chinese New Year eve - my grandparents will whip up delicious dishes and we will all sit together around this tiny round table (more than 10 of us!) and eat together.

Moving on... this little dumpling became famous over the centuries and was widely spread to the whole of Asia. Don't be confused with guo tie (锅贴) or gyoza - they are not prepared the same way as the traditional dumplings. They are first pan-fried in a little oil before water is added and the pan covered to steam the dumplings.

I made the pork dumplings twice and I really think this recipe is a keeper. The first time I made it without the cabbage and we all agreed that it lacked some crunch - hence I added napa cabbage (大白菜) for extra texture. The additon of water chestnuts (马蹄) would be nice too, but it's really tedious to peel and chop the chestnuts hence I didn't do it, but I probably would if I have the time and patience to do so in the future. (:

Let's get started with the recipe! 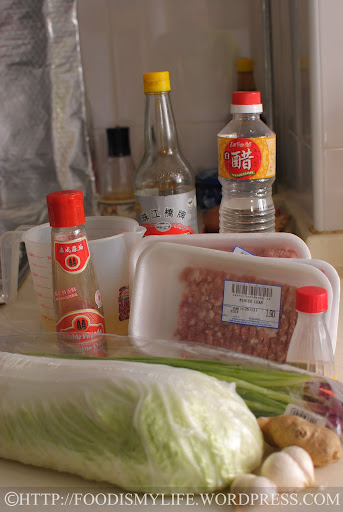 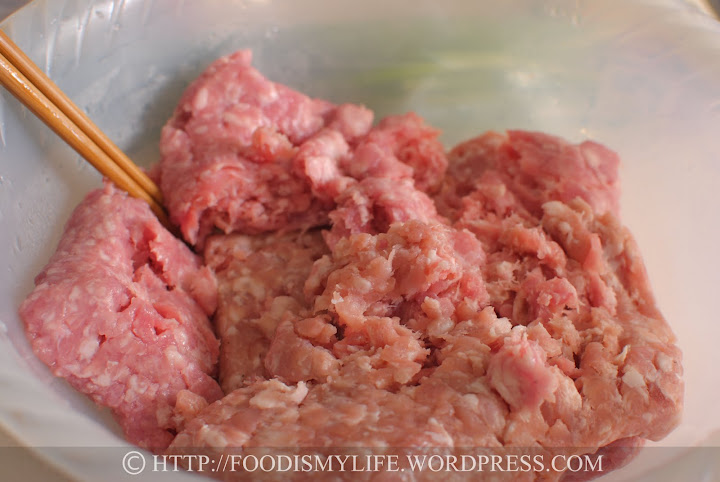 (First, salt the napa cabbage to remove excess moisture in the vegetables - which is not photographed here!) 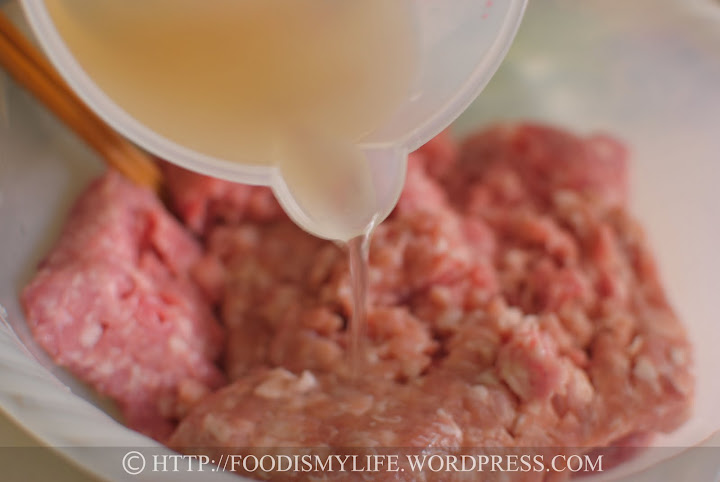 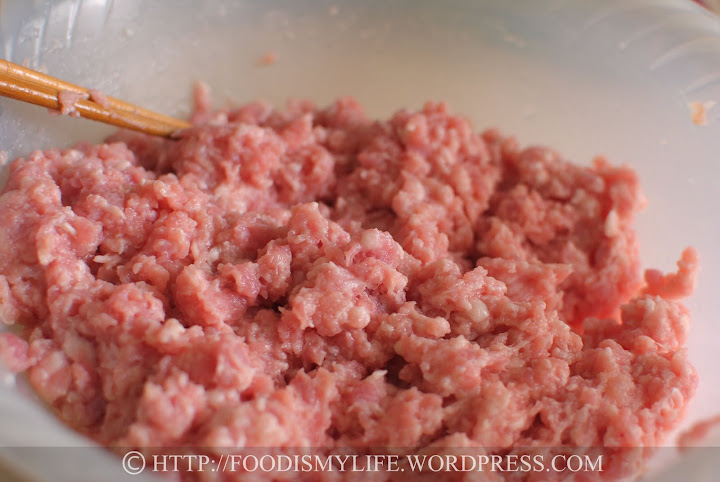 Stir it around - you wouldn't want to add too much water, just a bit to make the texture smoother. 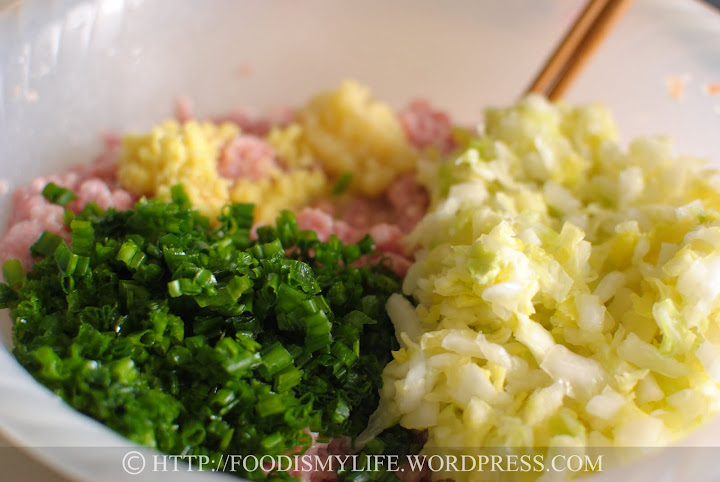 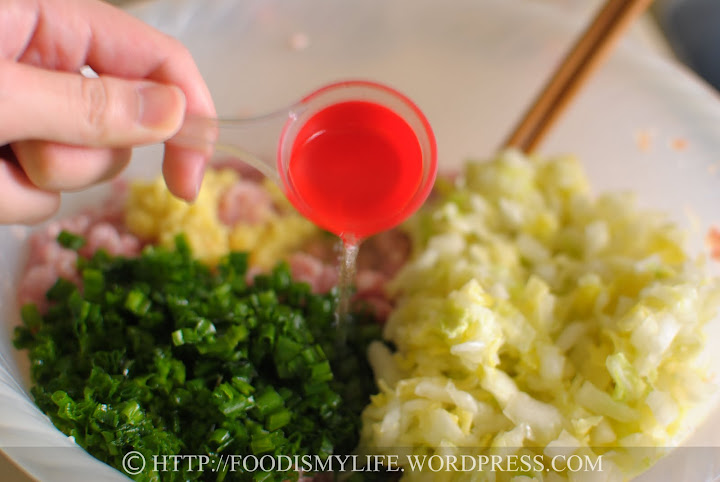 Add in the seasonings: vinegar first... 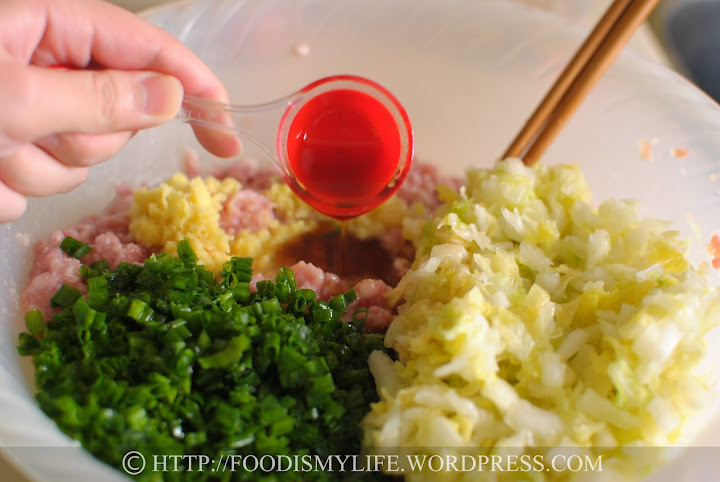 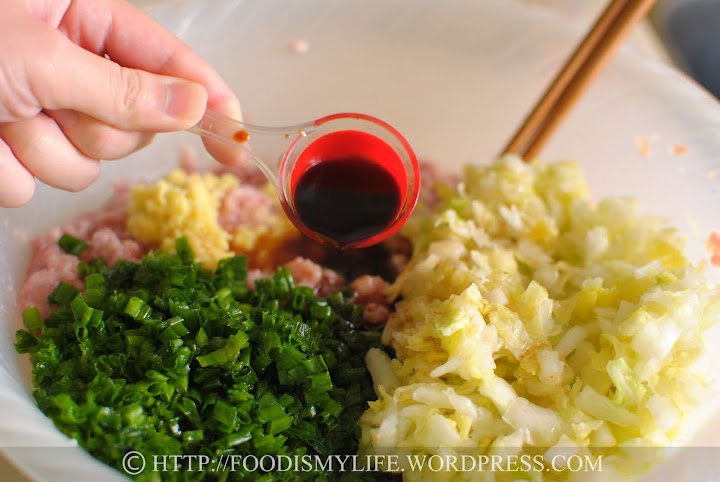 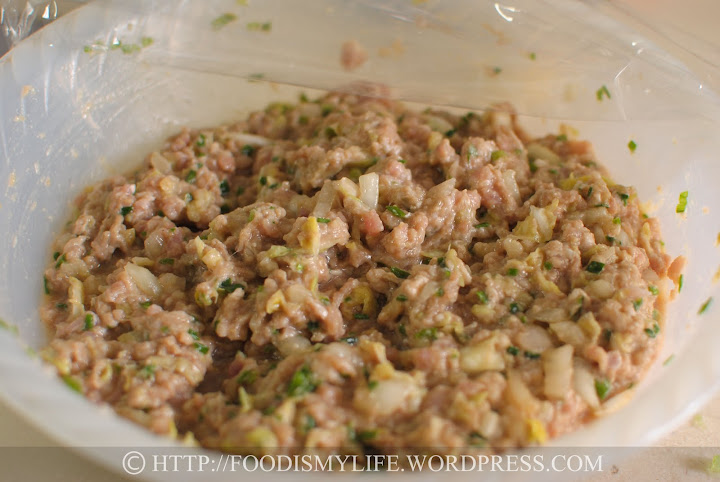 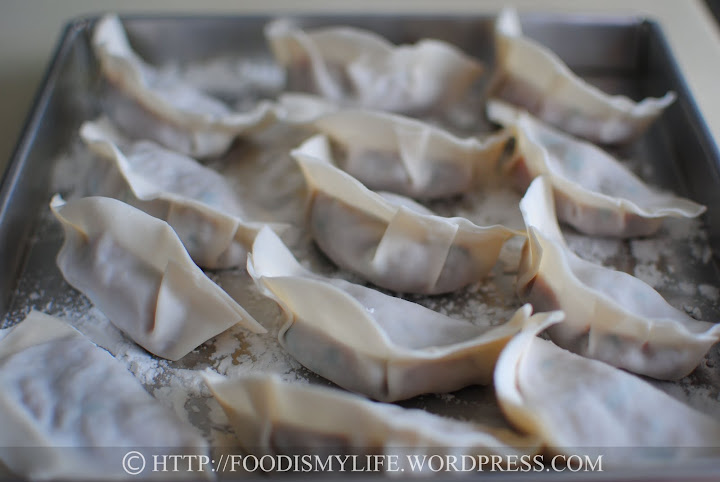 Fast forward and wrap them - it was my first time wrapping them and I admit they don't look very pretty - more practice is needed!

(I learned how to wrap the dumplings by watching a youtube video, which I've attached at the end of the recipe) (: 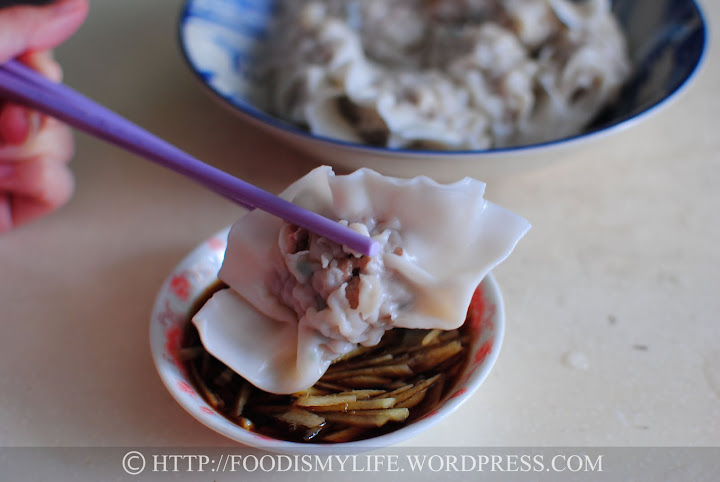