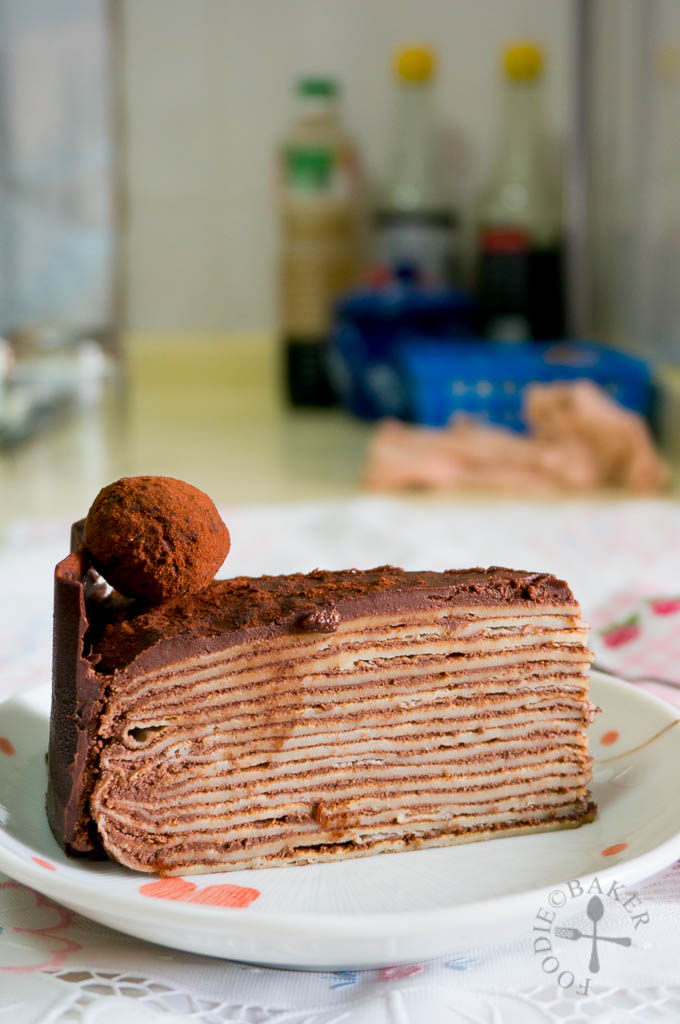 Crêpe cake has been something on my to-make list for a very, very long time - the seemingly tons of layers look so attractive and I've always wondered how it tastes like. So when my friend's birthday drew near, I decided to give it a try!

Given the fact that I have only one chance to get it right (I didn't have time for a trial), I searched high and low looking for recipes. Eventually I settled for the one by Sprinkle Bakes, purely because hers look so pretty and the chocolate components sound too delicious to resist! 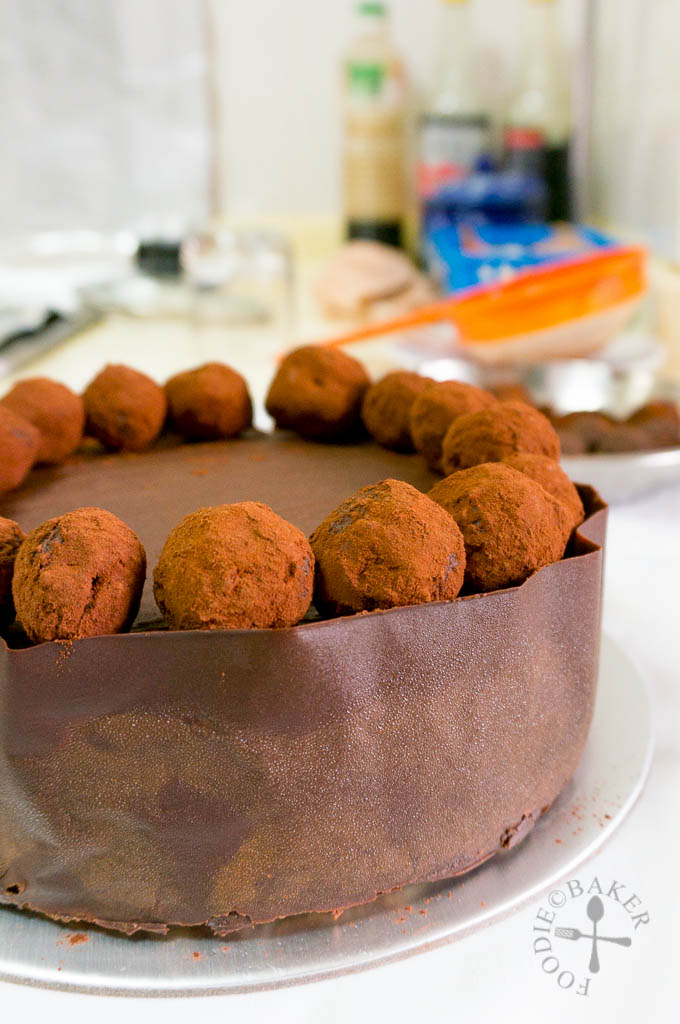 The crêpe cake is definitely a time-consuming cake, perhaps as time-consuming as making kueh lapis! It looks really impressive and stunning, with 17 crêpes stacked on top one another, each filled with a little ganache and chocolate whipped cream - it is definitely the cake to go for to impress family and friends! In terms of taste wise, it's a lot lighter than the usual layered cakes, some of my friends preferred the usual layered cakes while some of them like the crêpe cake because it's a lot lighter, great to have it as a dessert after a heavy meal. 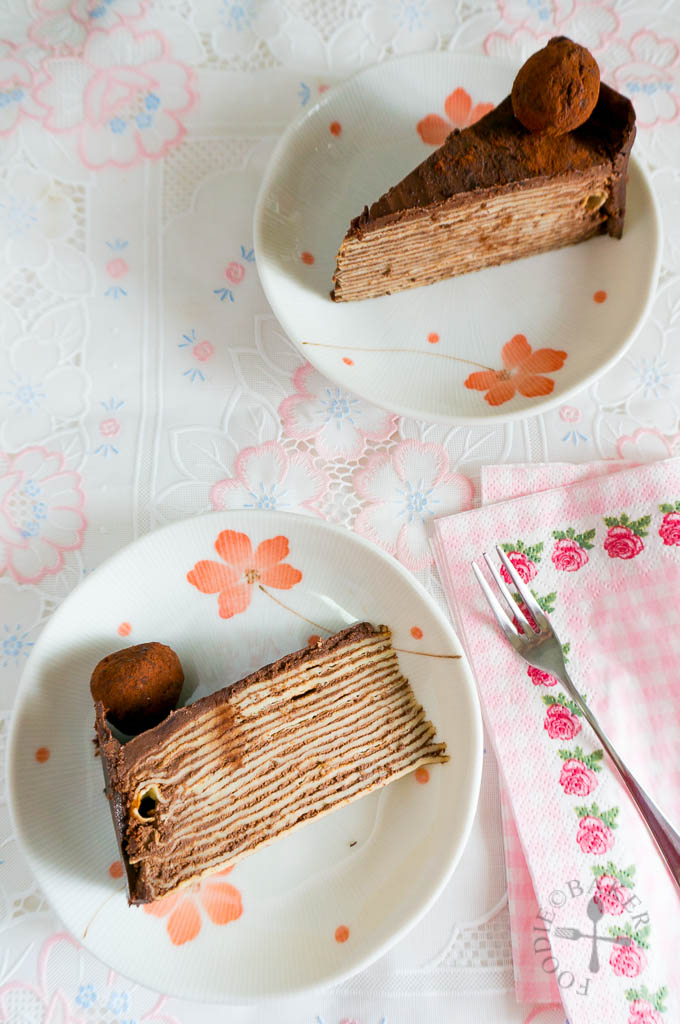 So will I make it again? I most probably will attempt another flavour, but not so soon... perhaps when another friend's birthday draws near! 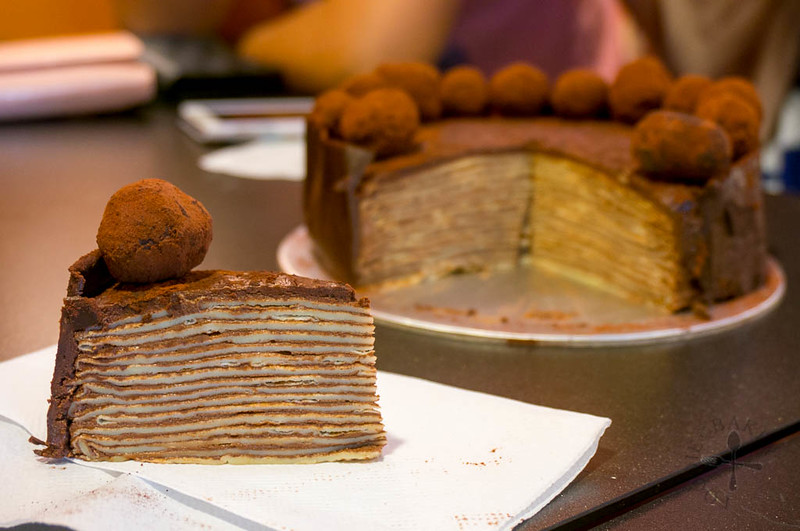 This post is for Little Thumbs Up (August 2014 Event: Flour) - organised by Zoe (Bake for Happy Kids) and Mui Mui (My Little Favourite DIY) and hosted by Diana from the Domestic Goddess Wannabe.