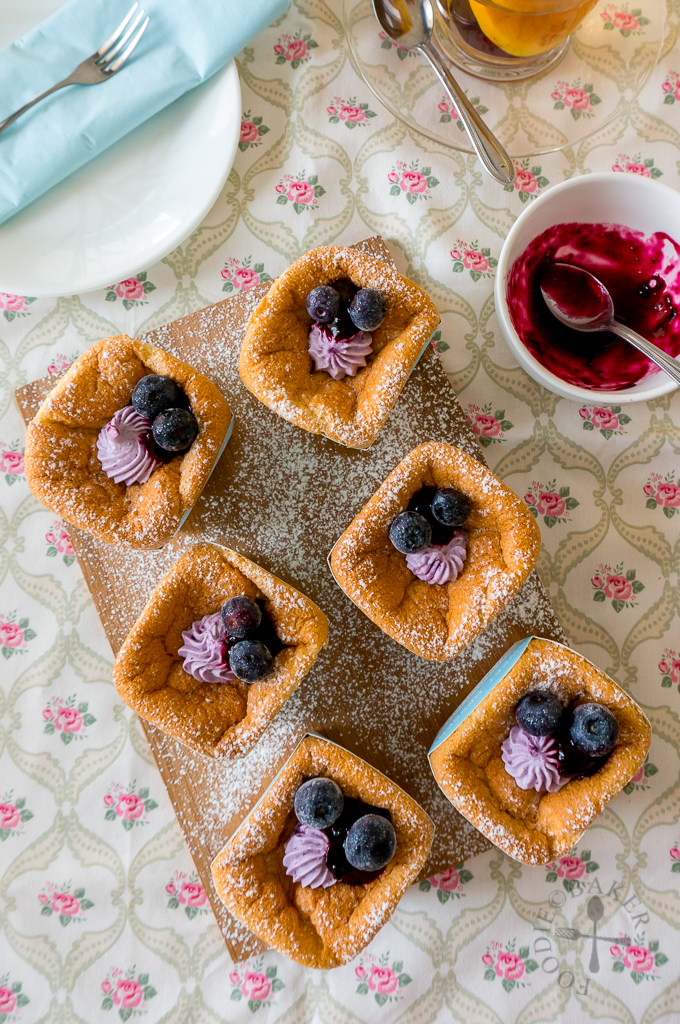 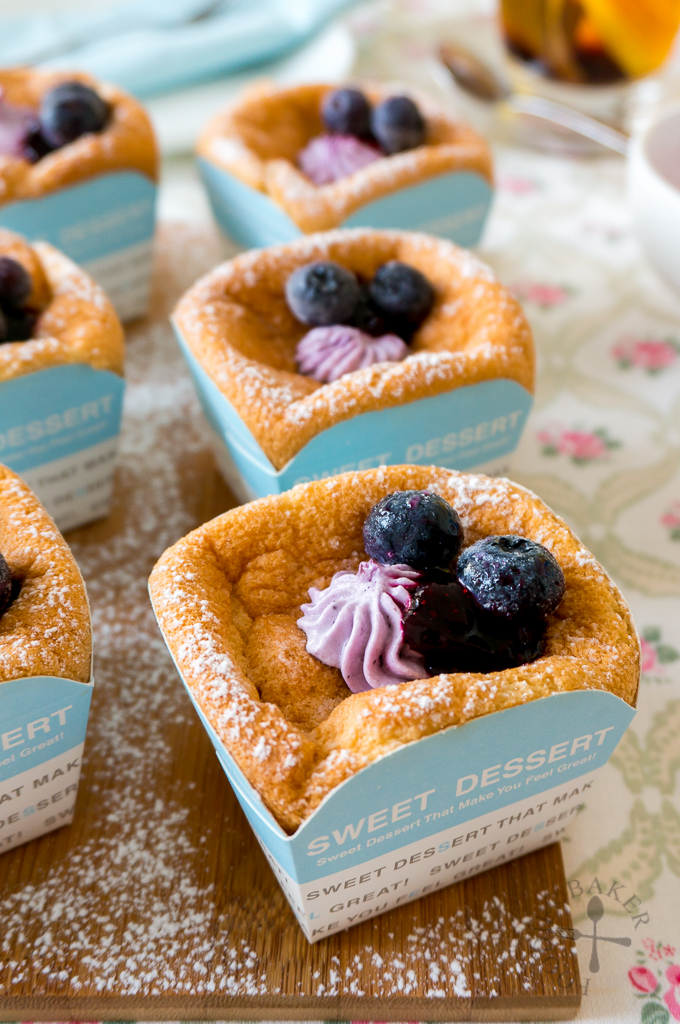 Hope everyone had a really fun-filled Christmas celebration! This is the last scheduled post as I'm returning soon and will resume in the blogging of my Iceland travelogues and many other recipes!

The blueberry cream is made by mixing blueberry jam into the whipped cream. I made my own tiny batch of blueberry jam by simmering frozen blueberries with sugar (ratio of blueberries to sugar is 2:1 by weight) and a small squeeze of lemon together, so you can still see a bit of the blueberry skin inside the cream. I absolutely love the pretty purple colour that contrast against the chiffon cupcake. 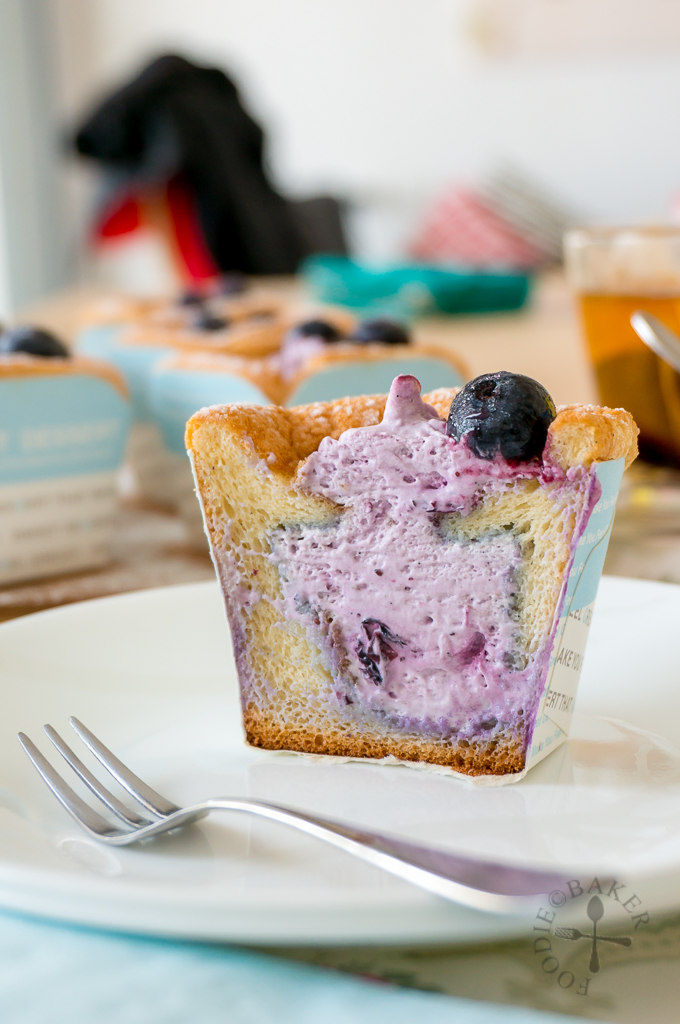 The chiffon cupcake is just flavoured with vanilla so it's pretty plain on its own, but it's really, really soft and spongy. The blueberry cream, additional plop of blueberry jam and blueberries help bring the cupcake up a notch in terms of looks and taste. No step-by-step photos this time round too as they are all in the Pandan Hokkaido Chiffon Cupcakes. 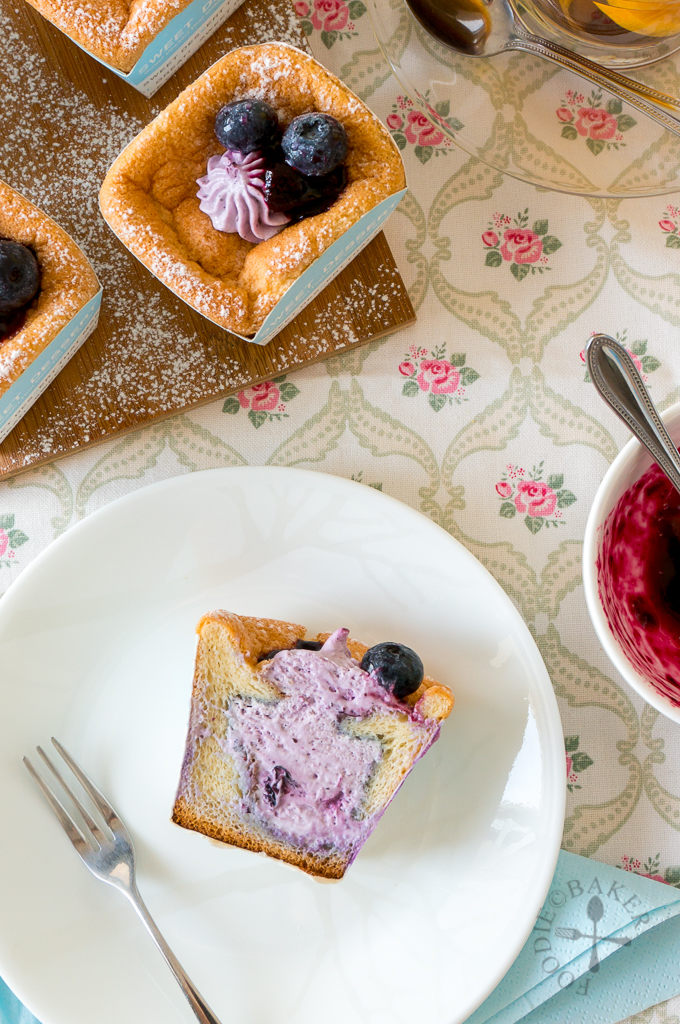 I'm going to try making a full 100% berry chiffon cupcake the next time, and since strawberries are in the season, I can't wait to buy loads and experiment with them! If you think of any other flavours, do leave behind a comment and let me know! Here's the recipe!