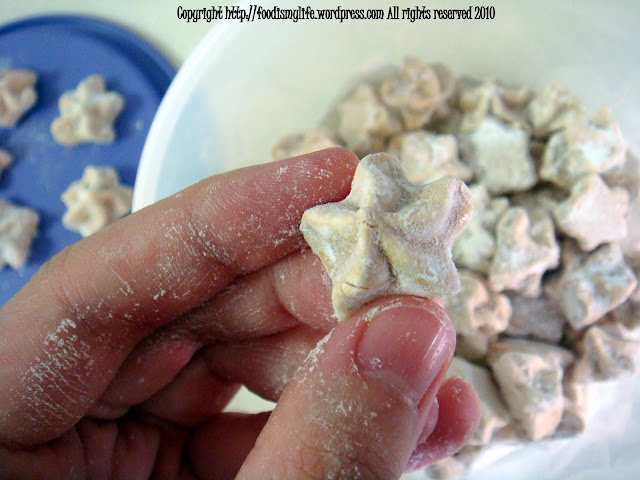 It’s small; it’s cute; it’s sweet (literally and non-literally); and it’s edible. Guess what it is?

Since school has started, I’m trying hard to not lag behind in work and to get a head start in work as best as I can. So far, so good. I had a long weekend (3 instead of the usual 2) because my tutor cancelled her lesson on Monday, so I decided to make something nice over the weekend. 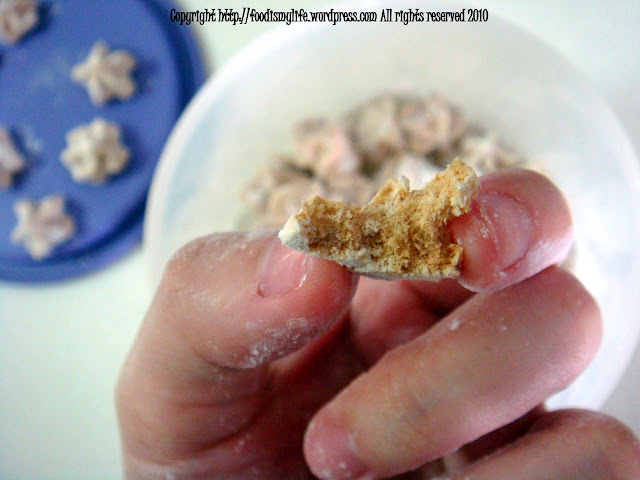 Crispy on the outside, chewy on the inside

I bought some bake-able green tea powder (or matcha powder) from the bakeware shop a few weeks back and had not tried it before. So, I decided to experiment it a little. I chose to make a green tea cupcake recipe (which will be the next thing I blog about!) and whipped up some simple green tea buttercream to go with it. However my buttercream is not those stiff type because I don’t like to add too much icing sugar in it, so the overall cupcake is not very good looking.

I used the leftover egg white to make some meringue stars, and added in some green tea powder to suit the “occasion”, then place the stars on top of the cupcake. Added instant cuteness to the cupcake! (Haha)

The meringue stars are really crispy on the outside and chewy on the inside. They make the perfect on-the-go snack because they are petite and sweet. And they look so cute, you just want to keep eating them.

So what are you waiting for, go make them now! 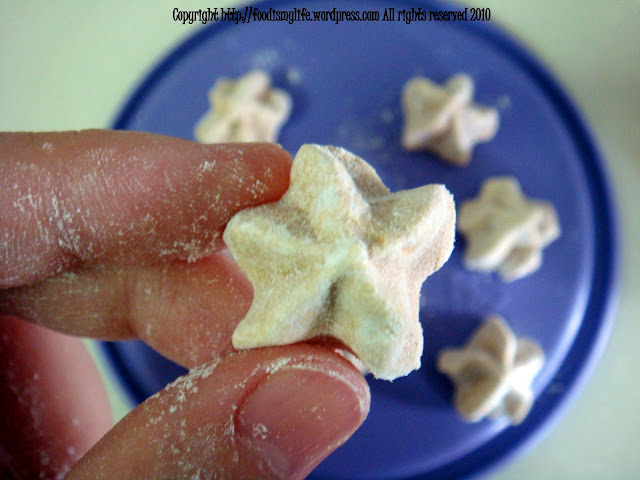 I used ⅛ teaspoon of green tea powder and the resulting flavour is very subtle. You can add more if you like a stronger green tea taste. As my oven is not big enough, I have to bake the stars in batches. I keep the unpiped mixture in the refrigerator and only pipe them when I'm about to bake them. After the baking and cooling, I like to coat my meringue lightly in icing sugar so they will not stick to each other and I do not have to keep them in single layer in the container with parchment paper in between I can just throw all of them in - but that's just me! (:

Preheat the oven to 150 degrees Celsius. Line a baking sheet with parchment paper.

Transfer the mixture into a piping bag fitted with a star tube and pipe small stars on the baking sheet. Bake for 30 to 35 minutes until the meringue stars are dry and lightly browned. Do not open the oven door in the middle of baking! Turn off the oven and leave the meringue stars to cool completely in the oven, leaving the door slightly ajar. 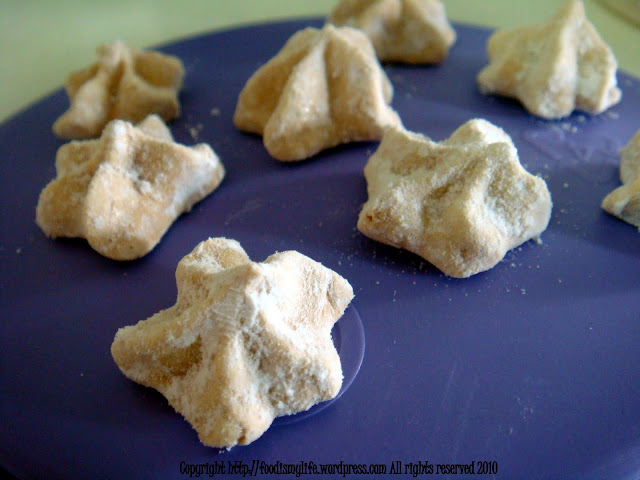