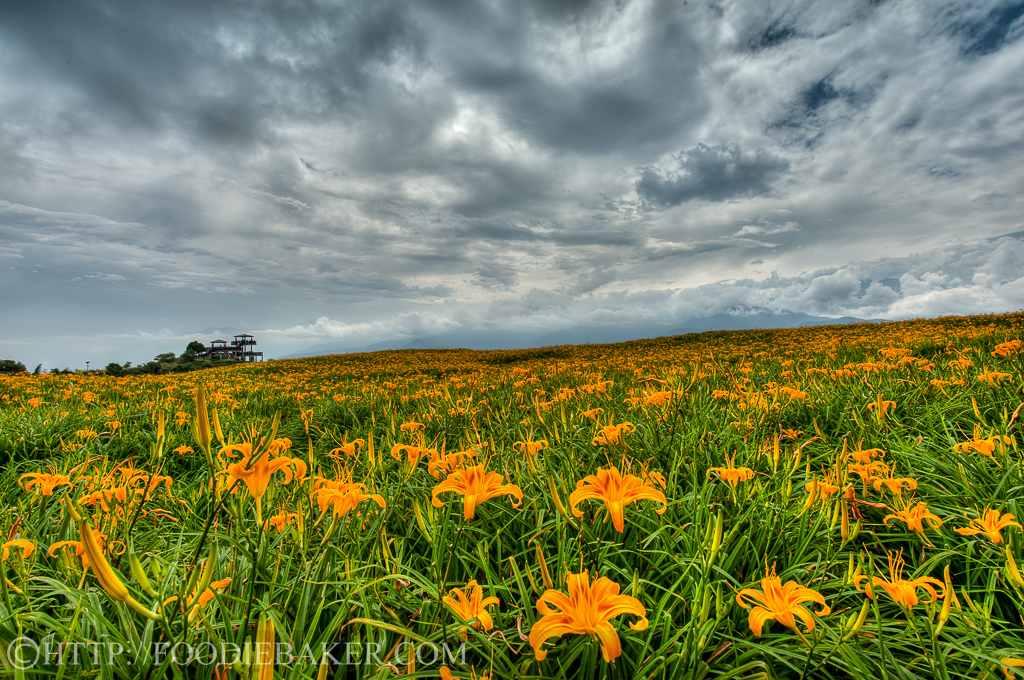 If you are visiting Taiwan between August to September, do remember to plan a trip to Liushidan Mountain (literally translates to Sixty Stone Mountain) (六十石山). Located North-East of Fuli Village (富里), Liushidan Mountain is situated at an elevation of around 800 meters above sea level. It is perhaps the most well-known for its daylily flowers which bloomed once a year between August and September, covering at least 300 hectares! It is an extremely popular destination for local Taiwanese tourists during the summer holidays but not so much for foreign tourists – probably due to the limited transport available.

(If you read Chinese, you would have realized that the 3rd Chinese character is Shi (石), however, there is another pronunciation for it – Dan (石), hence it’s actually called Liu Shi Dan Shan.) 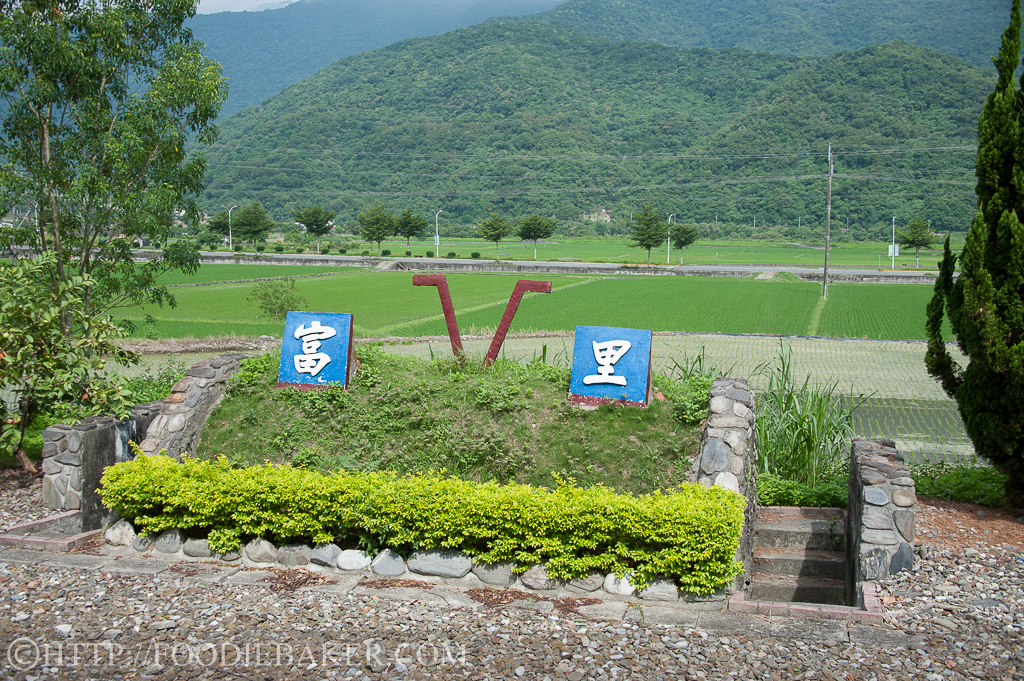 Our original plan was to take a train down from Hualien train station to Dong Zhu train station and take a taxi there. However, when we reached there, the place was really empty – no taxi was in sight and it was definitely impossible to walk there. Upon inquiry the train conductor, he told us to take the train and alight at Fuli instead, which may be a little further to Liushidan Mountain, but there would be taxis there. So we took a train down and managed to get a cab ride up the mountain (more details at the end of the post).

Daylily flowers are known as “Day Flowers” because it only takes one day for a mature bud to blossom. In Chinese, they are known as Golden Needle Flowers (金針花) for their golden stems. The golden stems are edible and we managed to see them being deep-fried, added into soups, stir-fried etc… though personally I felt that they have not much taste at all. 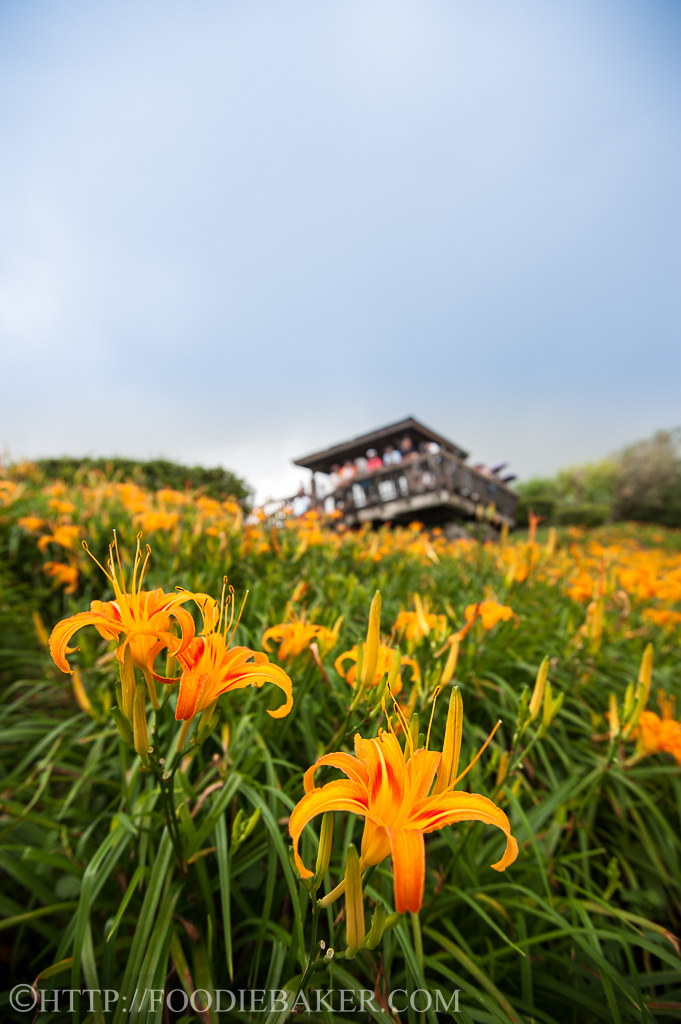 From my research on the Taiwan website, there are 2 stories of how the name Sixty Stone Mountain came about, but I preferred this version: during the Japanese occupation era, it was said that the average paddy field could only yield around forty or fifty dan of millet. (A dan is a unit of dry measure for grain equal to 100 liters). However, in this area, the average paddy field could yield sixty dan of millet, thus giving it the name Liu Shi Dan Mountain (Liu Shi = Sixty). 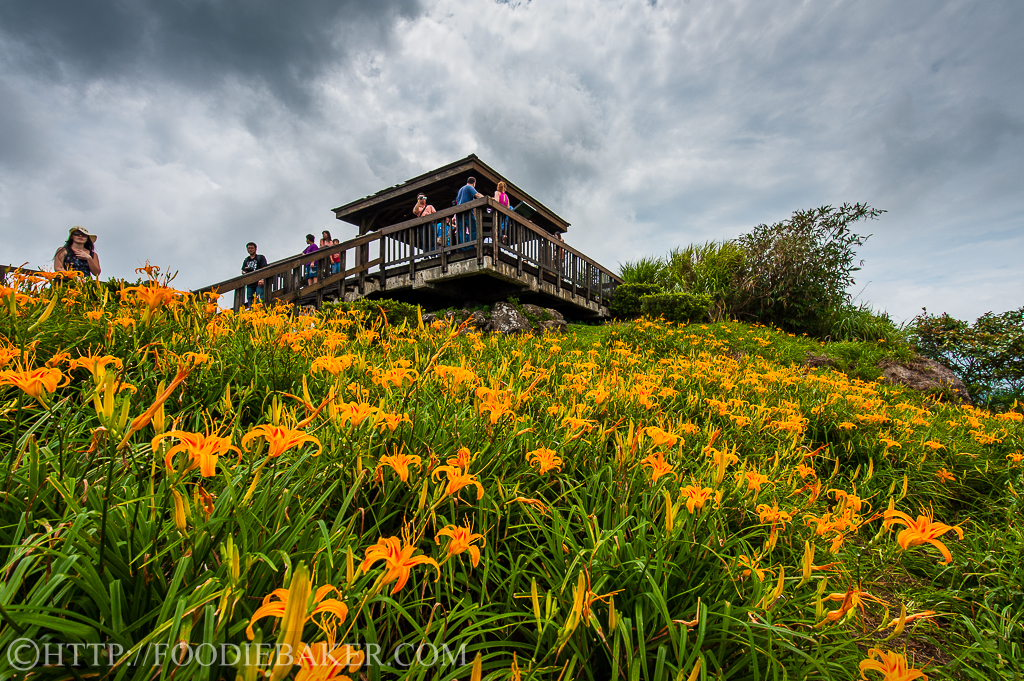 Daylily flowers are harvested daily and dried for consumption. However, the government had also preserved some of the fields to be left untouched so that we can see fields and fields of daylily flowers. In December, rapeseed is planted, so if you go to Liushidan Mountain in mid-January, you’ll be rewarded with a beautiful view of golden rapeseed flowers, as seen from here. In other months, you will get to see luscious green fields contrasted against the beautiful blue sky. During these months, there will be lesser tourists, so the place is relatively quieter and more peaceful.

Here are some of the the photos that X has taken that day (details of how-to-get-there are at the end of the post): 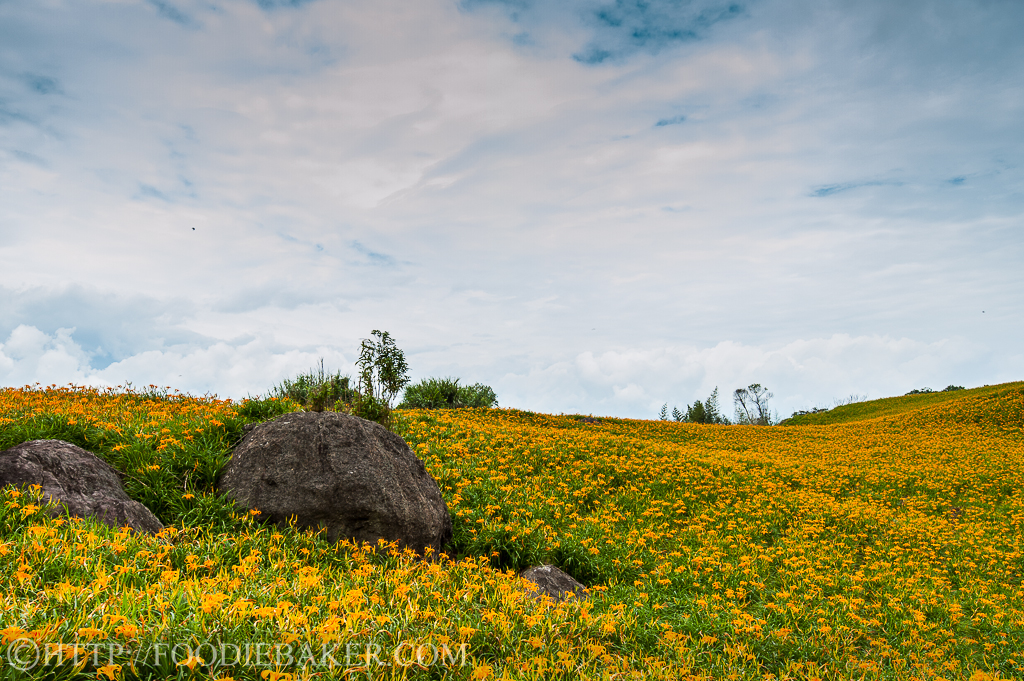 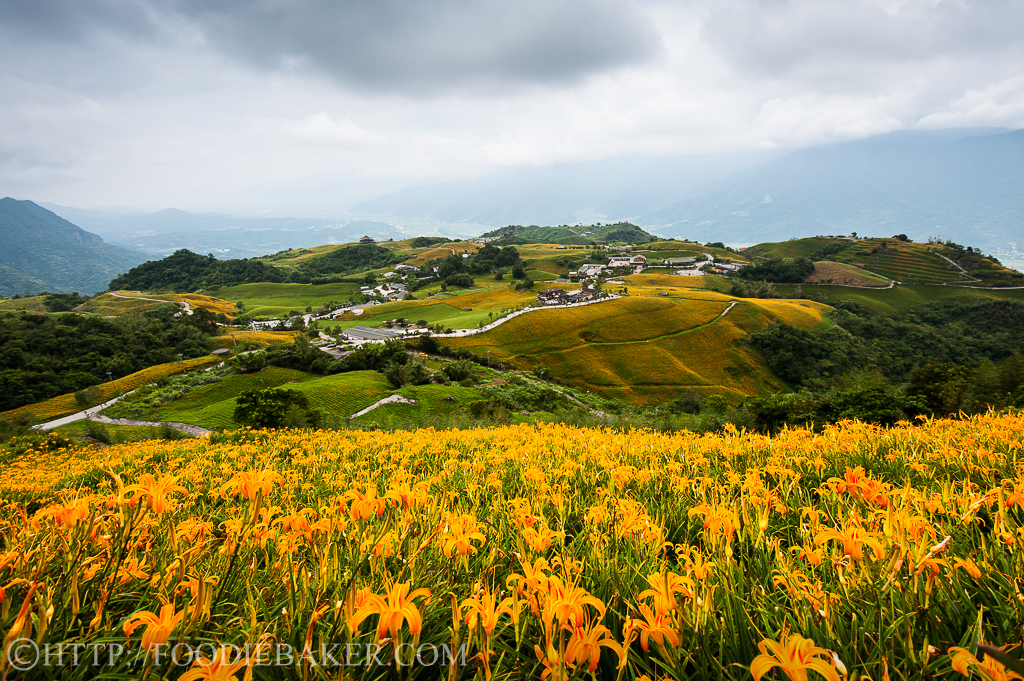 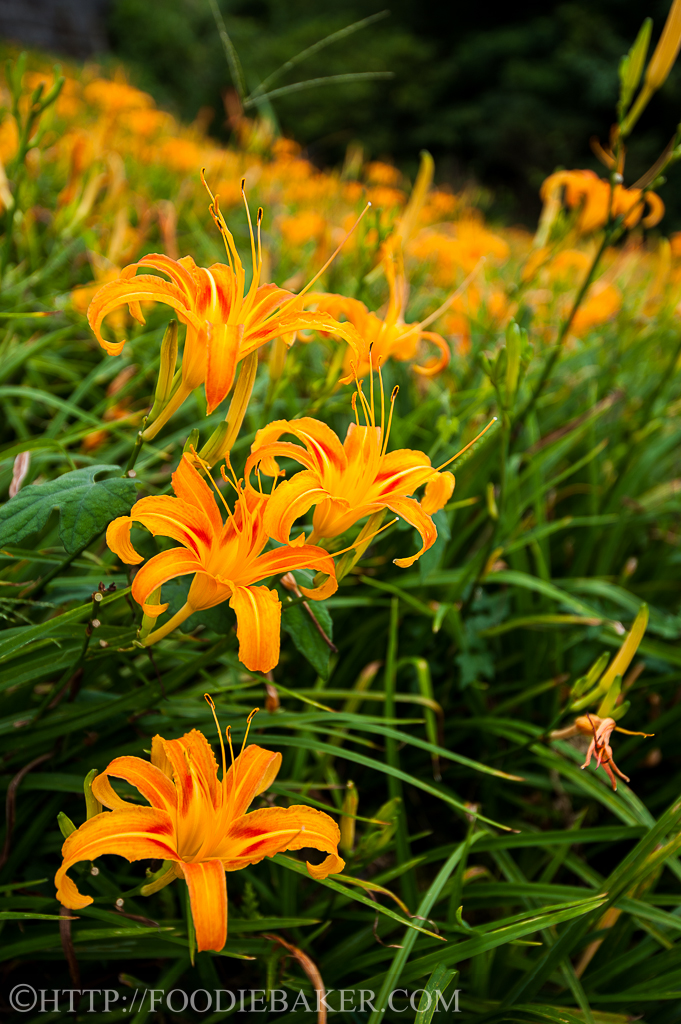 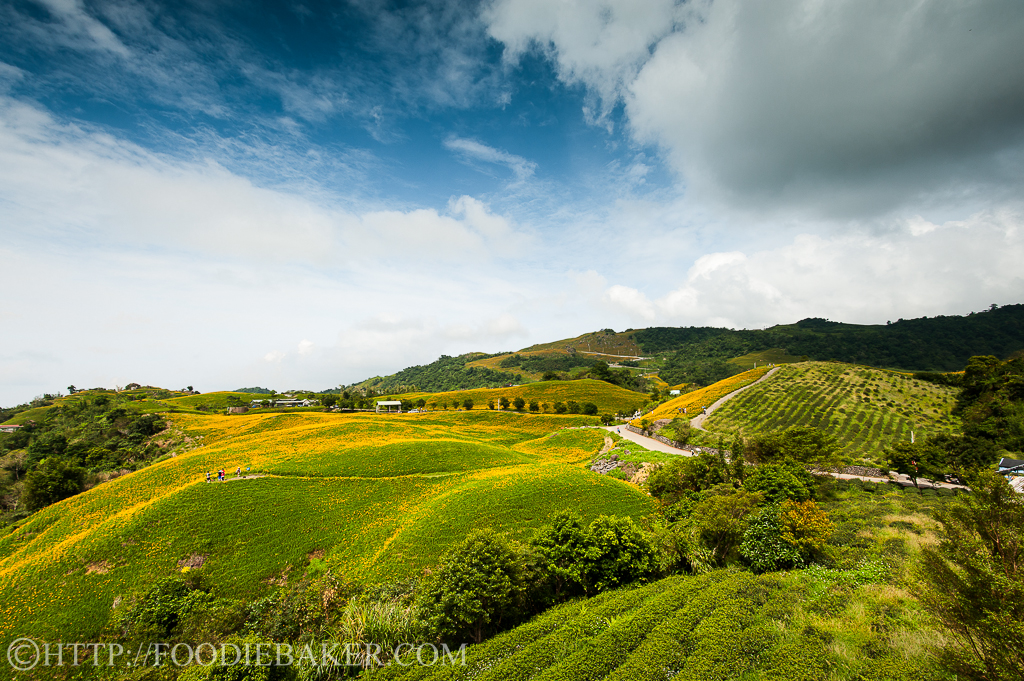