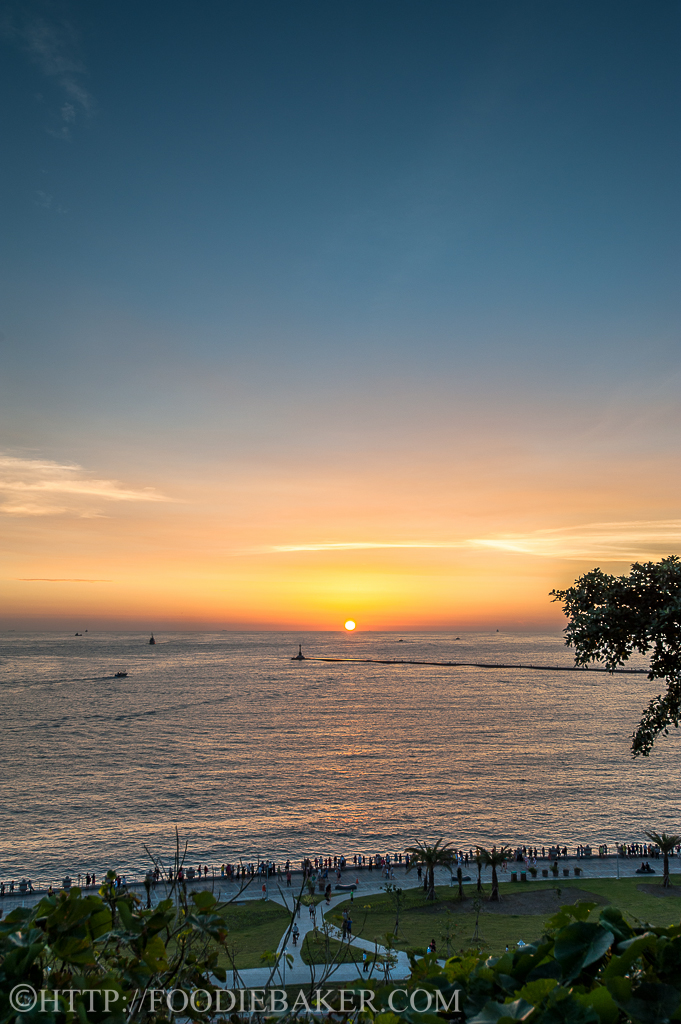 Sunset at the British Consulate at Takao (打狗英國領事館)

I'm back with yet another travel post! I have about... 4 or 5 cities left to blog about? Gosh I'm progressing on a really slow speed... If you are planning for your Taiwan trip and have burning questions to ask, do feel free to email me at foodiebaker[at]gmail[dot]com. I'll try my very best to help!

On our last day in Kaohsiung (we left for the next city early next morning), we packed several destinations together as they are relatively close to each other - Cijin Island (旗津島), British Consulate at Takao (打狗英國領事館) and Yide Night Market (一德夜市). 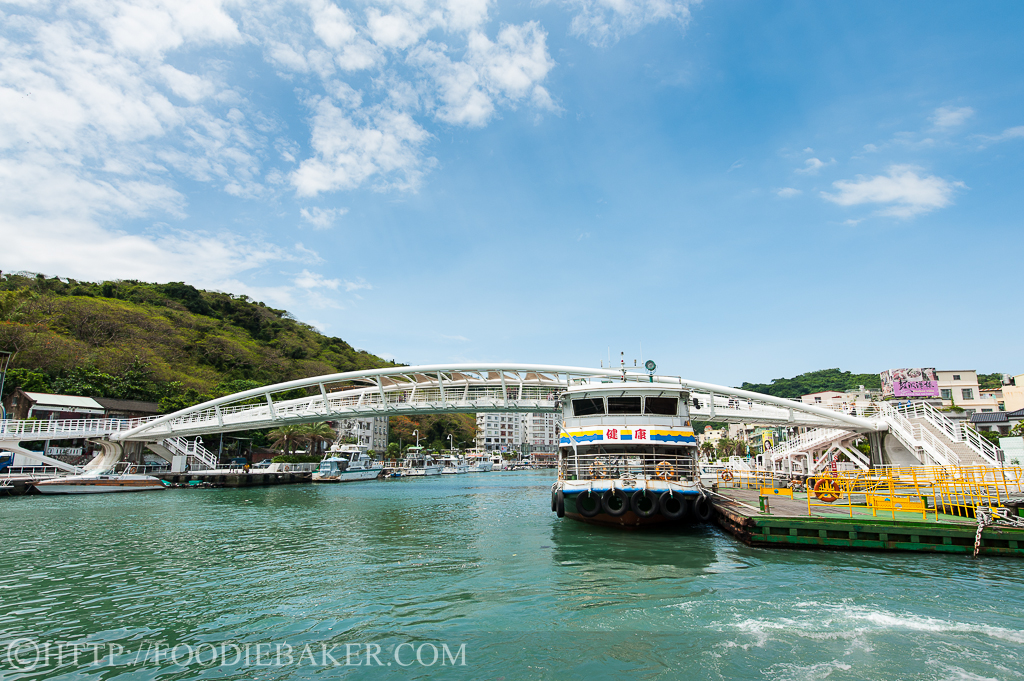 A view of Kaohsiung harbour (高雄港)

Kaohsiung Port is the largest harbour in Taiwan, and besides being a great sightseeing spot, it is also where many tourists gained access from to Cijin Island (旗津島). Cijin Island is a small and beautiful island accessible by a short 10-minute ferry ride from Cijin Harbour. It is a popular destination for families, friends and couples. 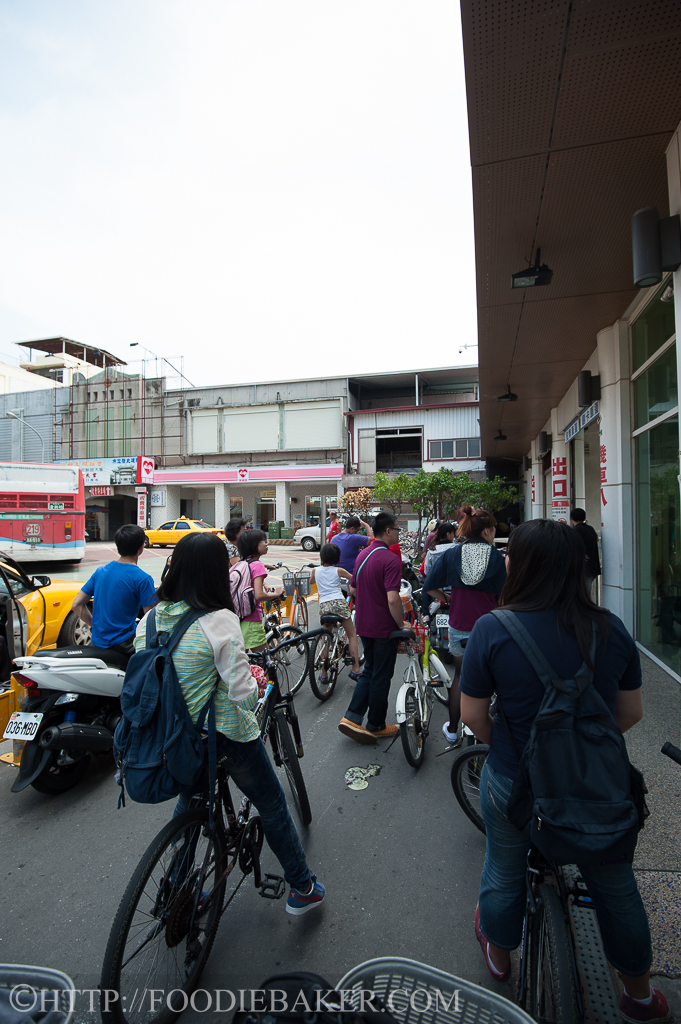 Scooters and bicycles queuing at the gantry!

The ferry ride takes both passengers and cyclists, so don't worry about not being able to board the ferry. Just before boarding, do remember to put in NT$15 (per person) in the metal box at the gantry. I think you can change money at the gantry too, but it's a lot more convenient if you have the exact change, just buy something at the 7-11 nearby 😉

The island is relatively small, so we managed to cover it in about ⅔ of the day on our bicycles, but if you choose to walk or are there with family, you'd probably need about a whole day there. Here are some shots of the place: 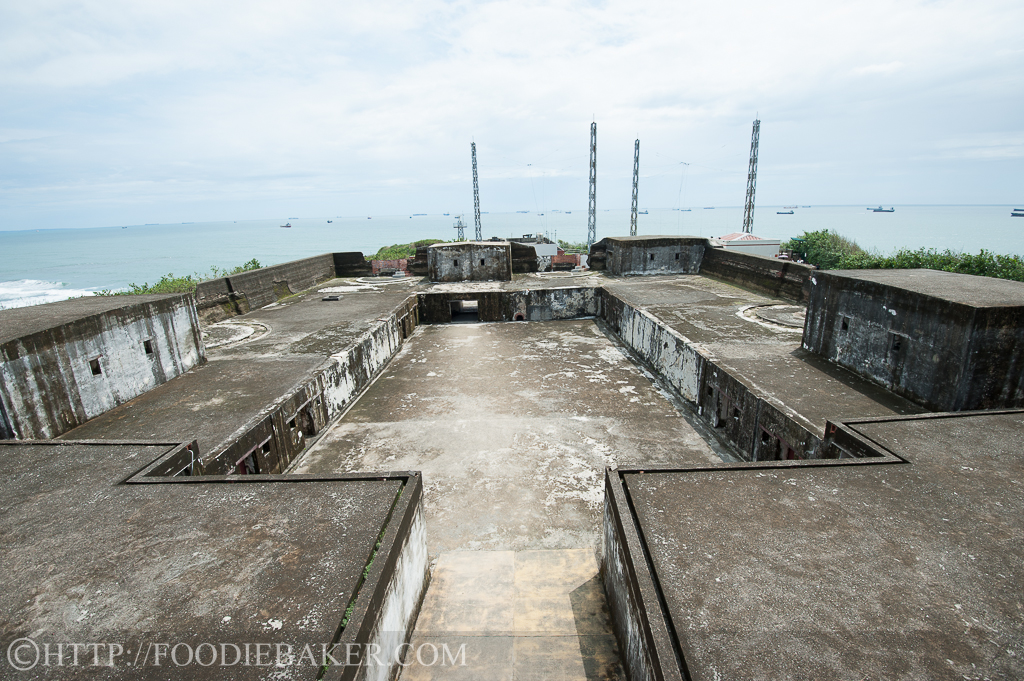 The first and nearest sight-seeing spot would be the Cijin Fort, a place that offers a 360-degree unblocked view of Taiwan. We had a really awesome weather so the view's even more fantastic. 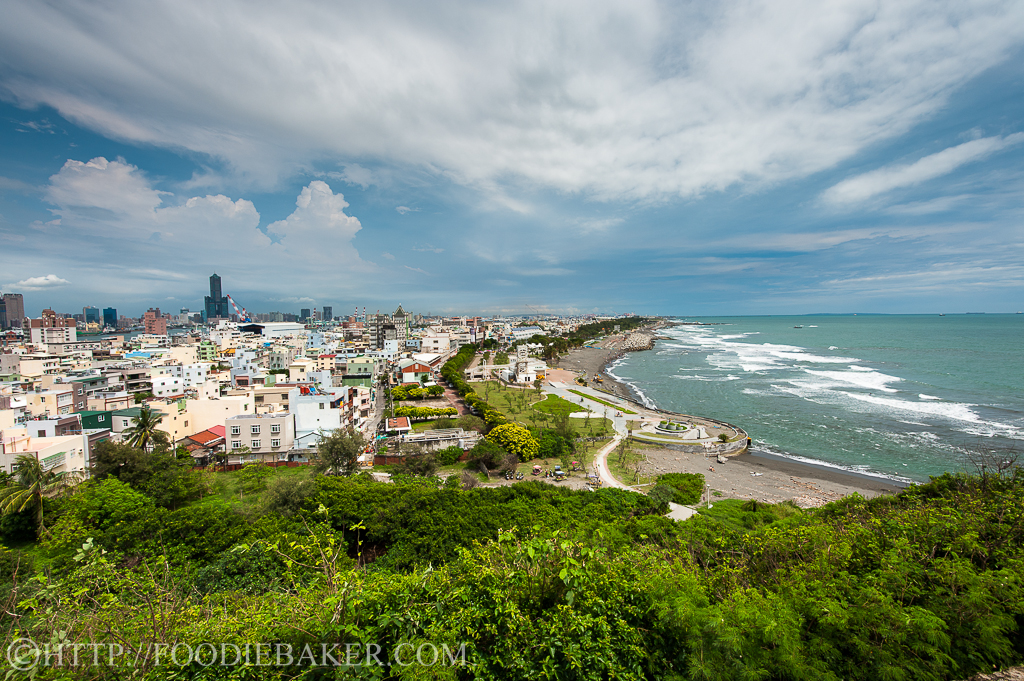 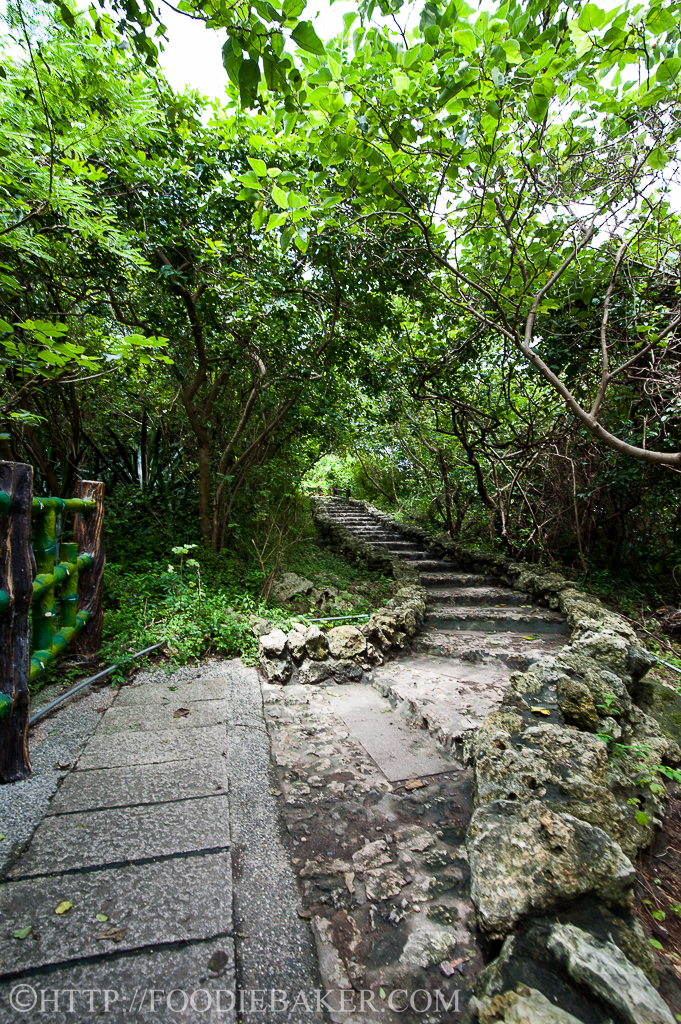 A nature trail (but I can't remember where that leads to...) 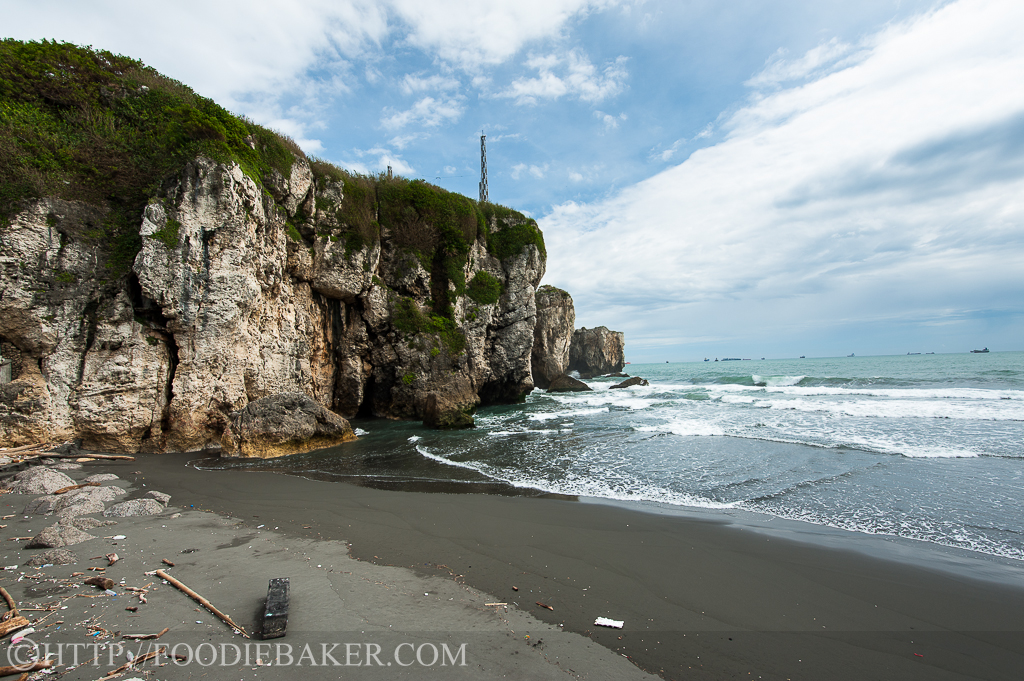 Cliff at the end of Starry Tunnel (星空隧道)

We didn't take photos of the interior of the Starry Tunnel, as it's too dark and not that amazing, but the view that greeted us at the end of tunnel was a total different story. 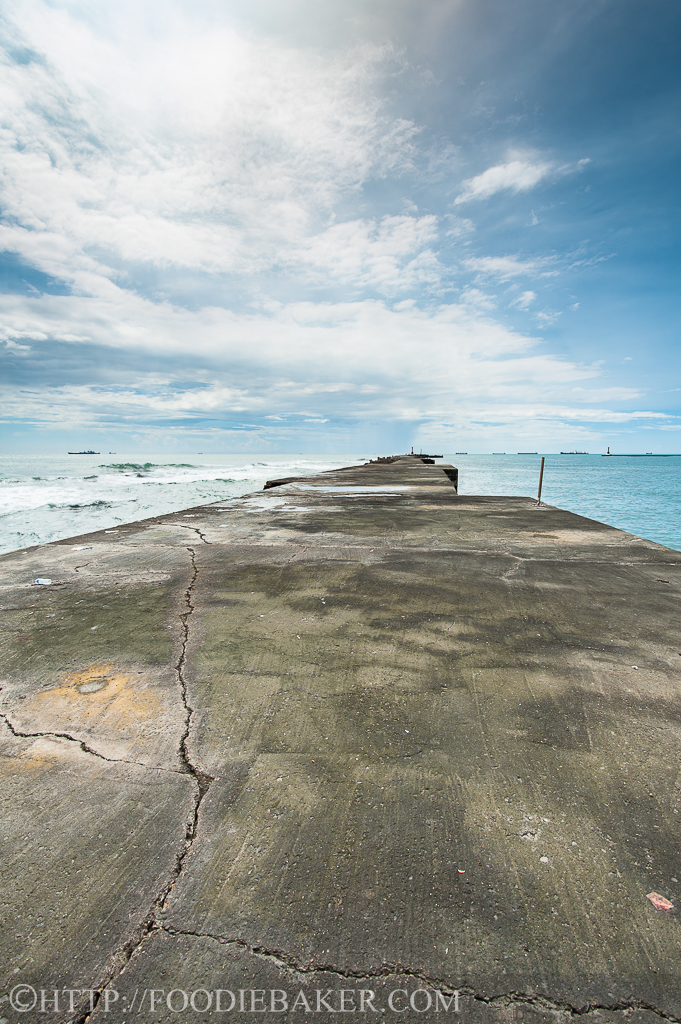 There's a path that stretches all the way down, probably an old, unused dock.

If I didn't remember wrongly, there's actually a barrier preventing us from crossing over, but well, I guess you know what we did... 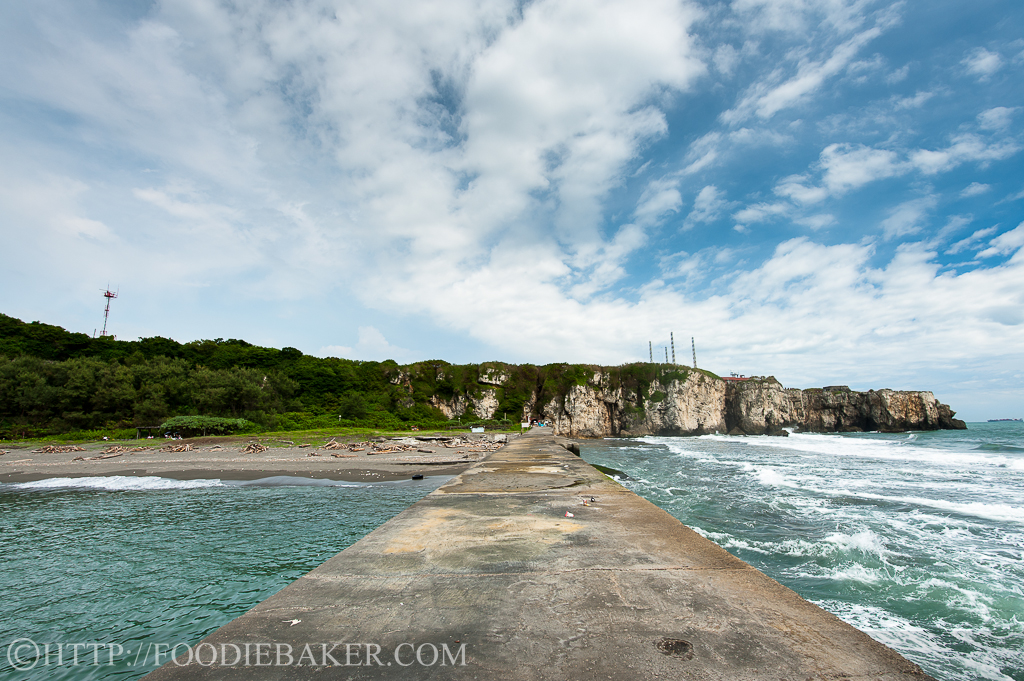 View of the cliff 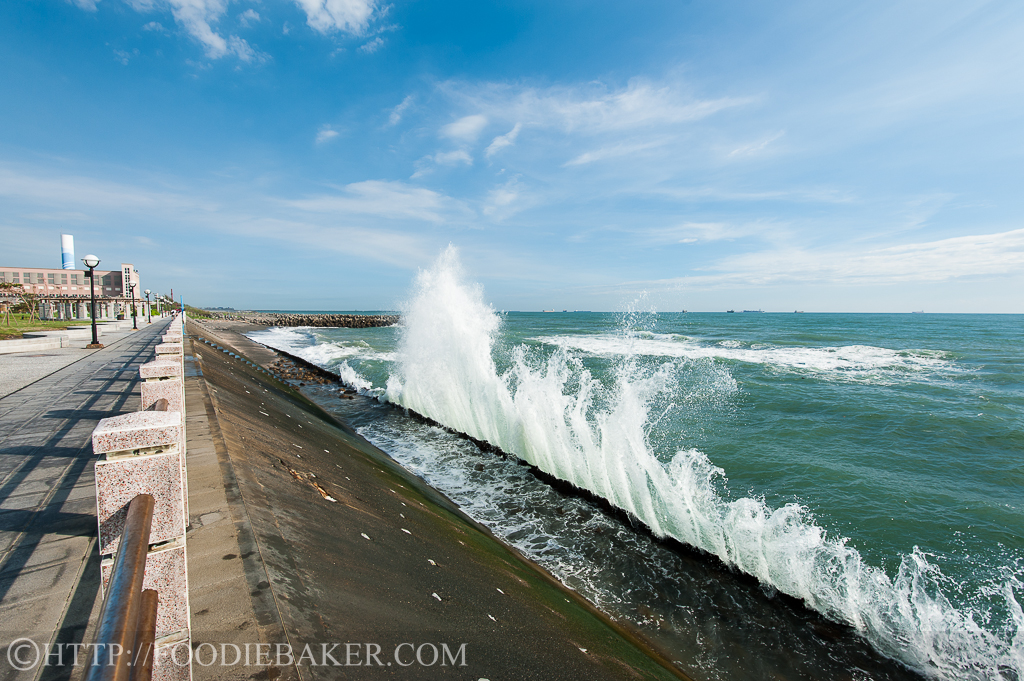 We continued to cycle down to the Windmill Park (which is really quite some distance away). The windmills weren't operating (probably because they were fixing one of them), so we ended up watching the waves. The waves were really high because of the typhoon season. 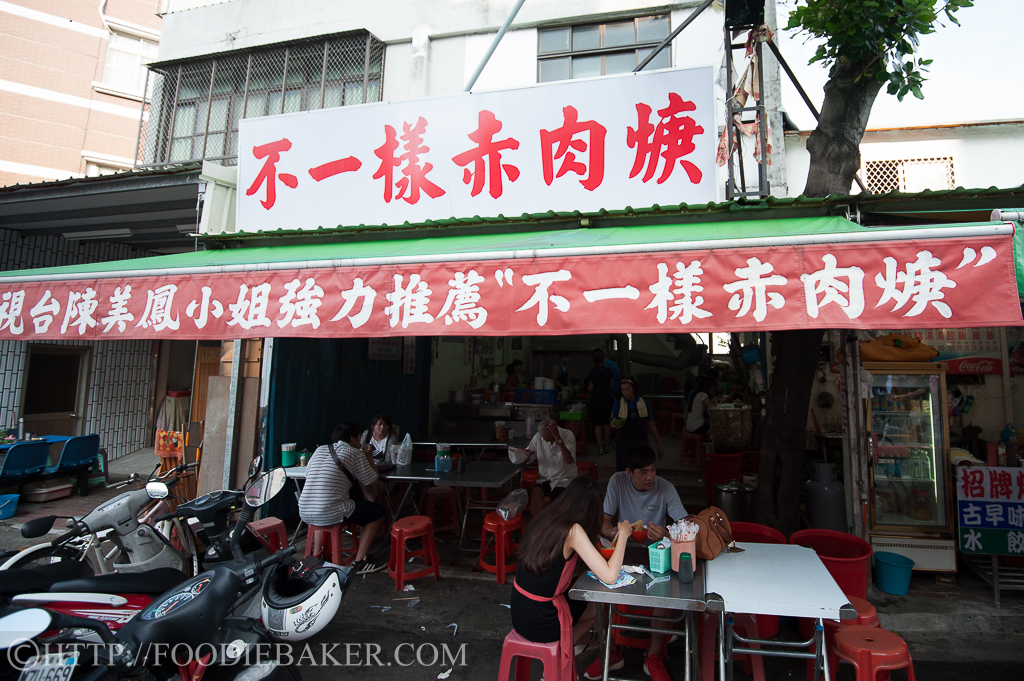 We cycled back to the port area to grab some bites. There are a lot of seafood stalls in Cijin, but instead of trying them, we tried another one of Cijin delicacies - Chi Rou Geng (赤肉羹). 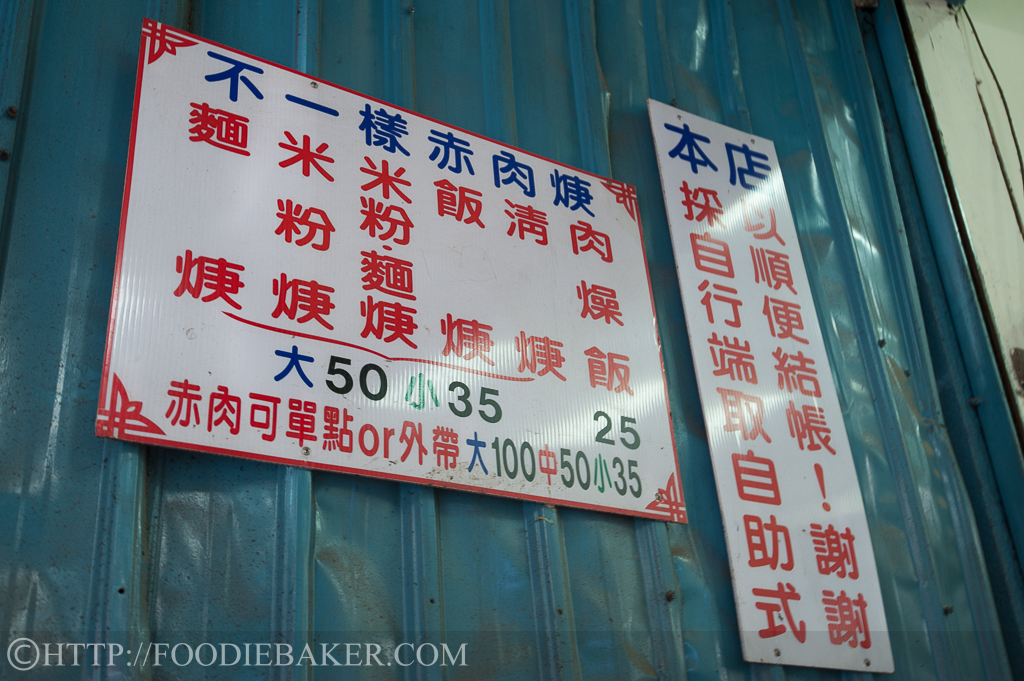 A small bowl costs NT$35 while a big one costs NT$50. Comes plain or with noodles / vermicelli / rice. 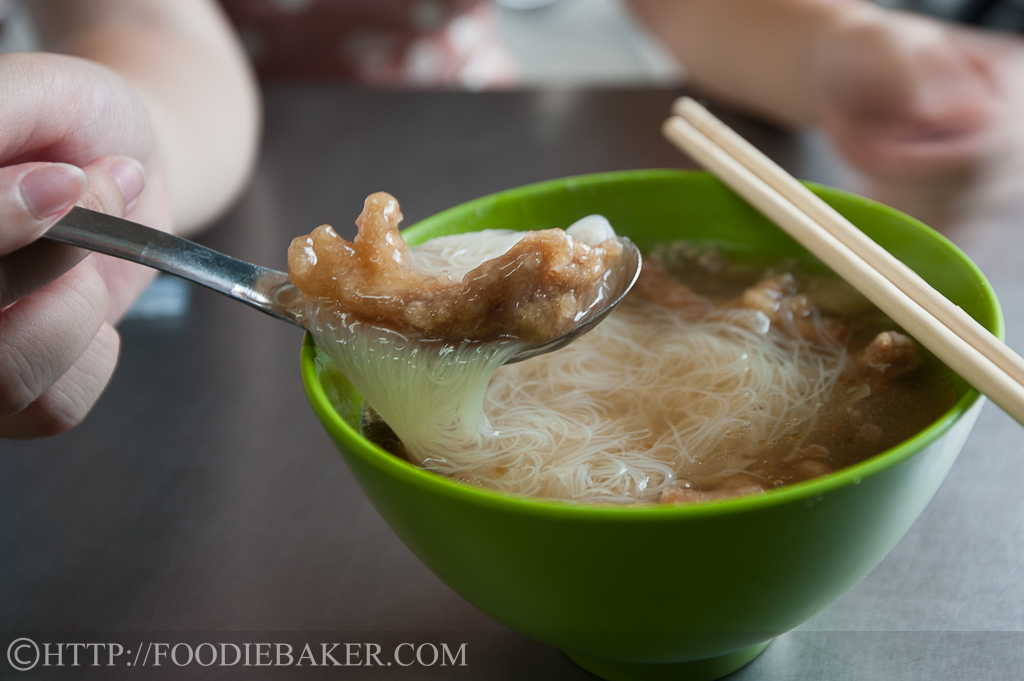 It is actually deep-fried pork served in a thick gravy. We ordered ours with vermicelli. The gravy was really thick, which is the specialty, but unfortunately I didn't like it as much as I thought I would. And the gravy was a little bland when we tasted it, would have been better if we had requested for some soy sauce or vinegar. Nevertheless, worth a try if you're there as it's apparently highly recommended! 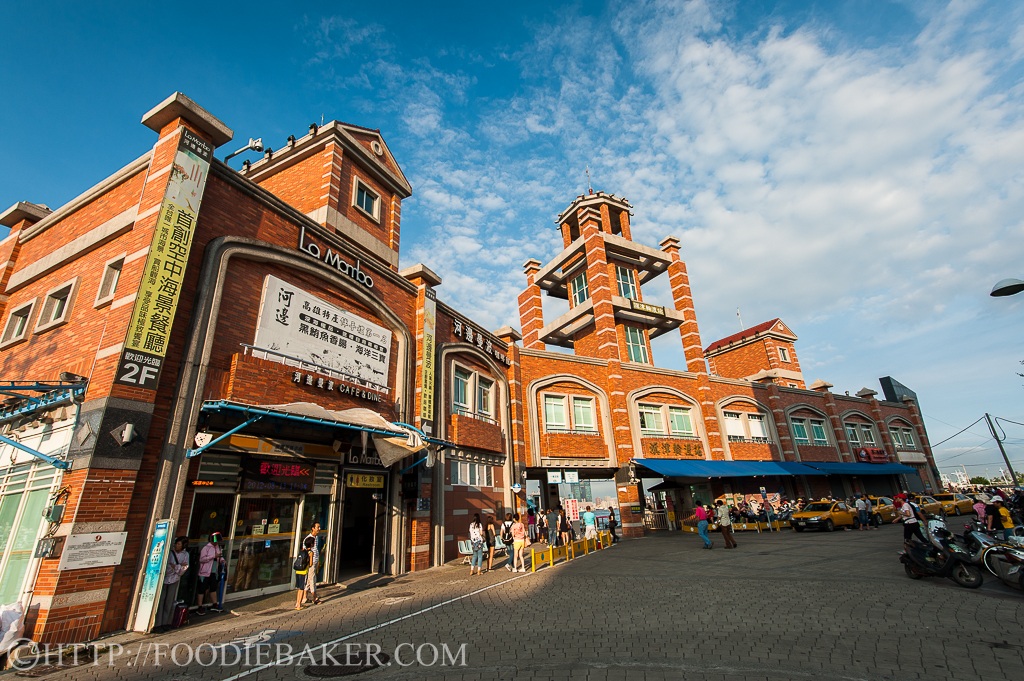 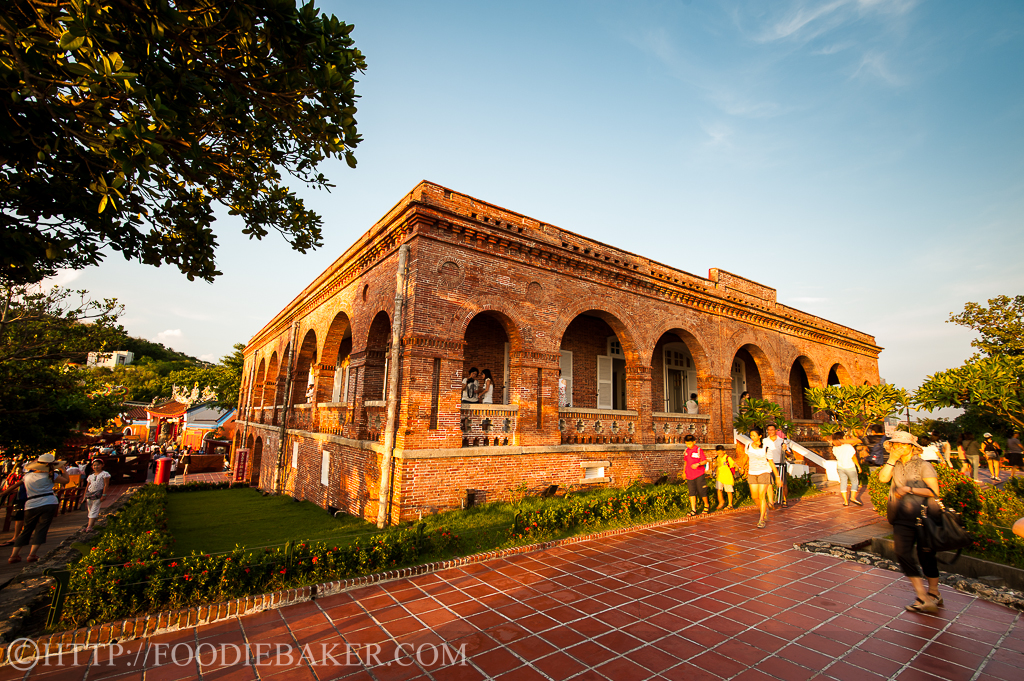 The British Consulate at Takao (打狗英國領事館)

After we board the ferry back to main land, we rode on our bicycles to The British Consulate at Takao. Built in 1865, the consulate overlooks the Sizihwan Bay (西子灣) and Kaohsiung Port (高雄港). It is an extremely popular tourist destination and a pretty good place to watch sunset.

Each entrance ticket (at NT$30 per person) comes with a food/drink voucher that can be redeemed in the British Consulate café. However, each voucher can only be used for one food/drink item and the items in the café are so ridiculously over-priced (tourist trap!) that we didn't bother getting anything there.

Since we were there near evening time, we stayed to catch the sunset. The sun's really small and it wasn't as fantastic as the one we saw in Tamsui. 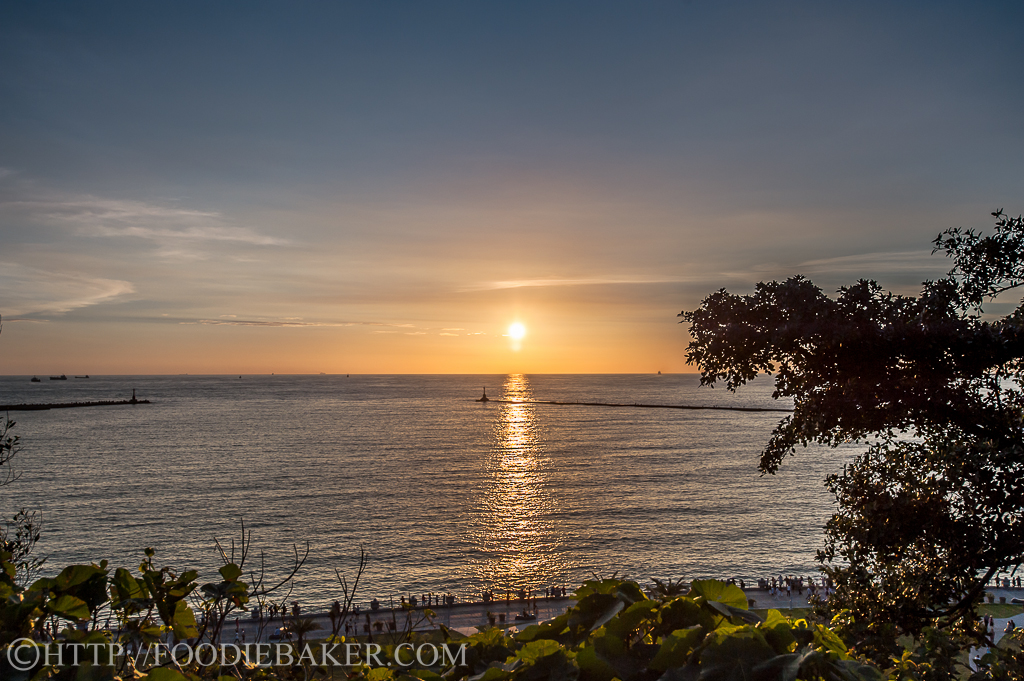 Sunset at The British Consulate 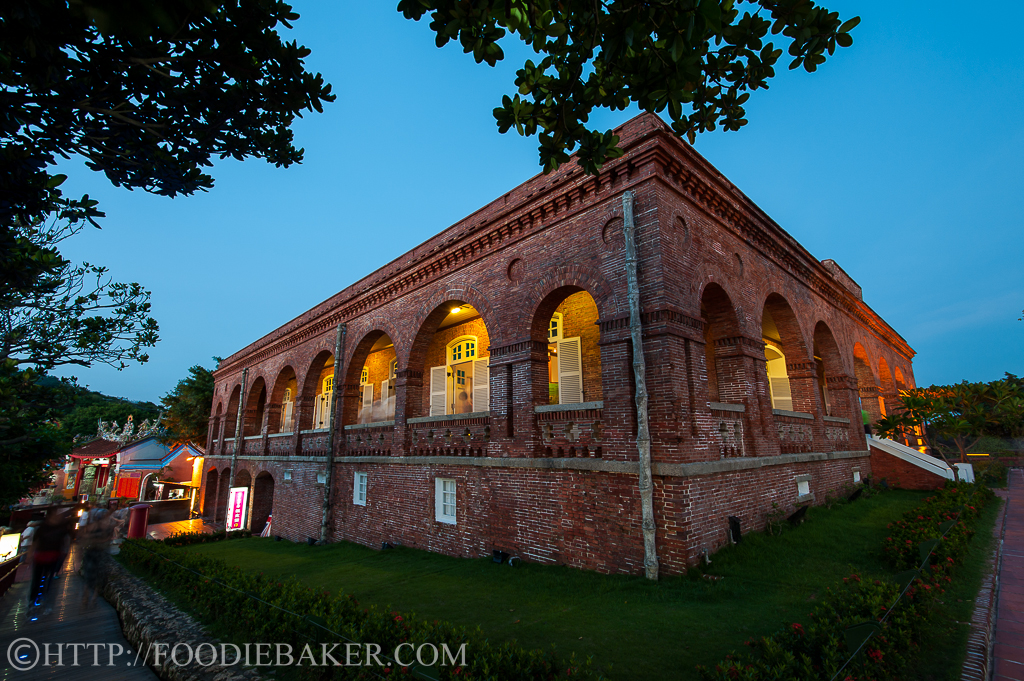 Evening shot of the British Consulate

No. 20, Liánhǎi Rd, Gushan District, Kaohsiung City (高雄市鼓山區蓮海路20號)
9 am - 9 pm
Closed on Monday on the 3rd week of every month
Take MRT and alight at Sizhiwan Station (西子灣站); take Exit A and walk along the seaside till you reach Lianhai Road and turn right. (捷運橘線西子灣站(O1站)出口A，沿臨海一路走至蓮海路左轉即可抵達)
NT$30 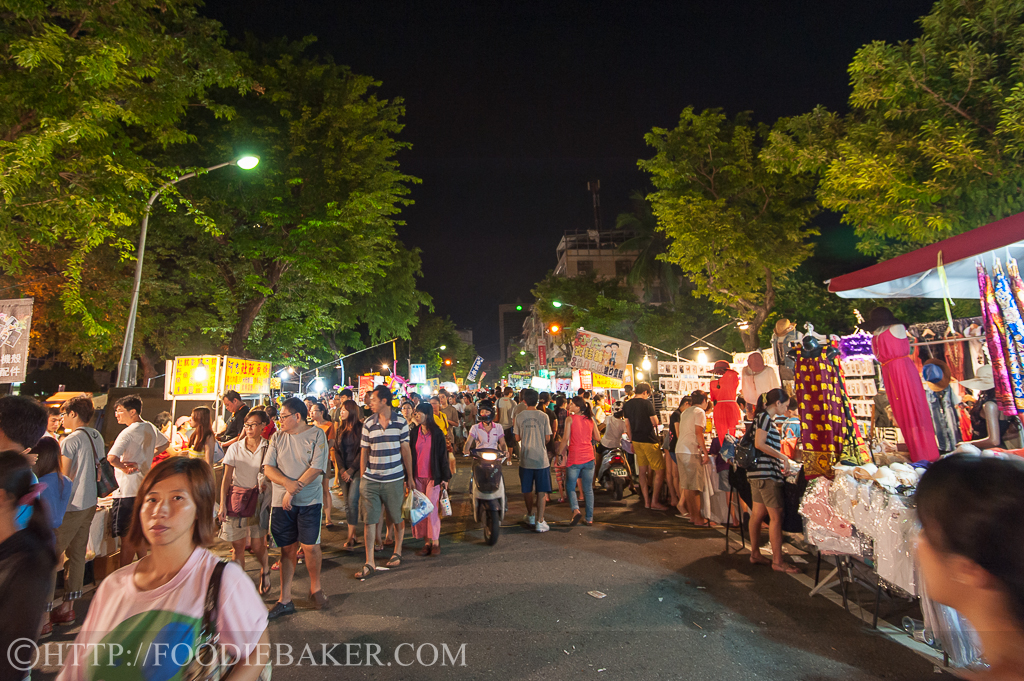 The night market only opens once a week on Monday, so some of the stalls here will state where they will be on other days. 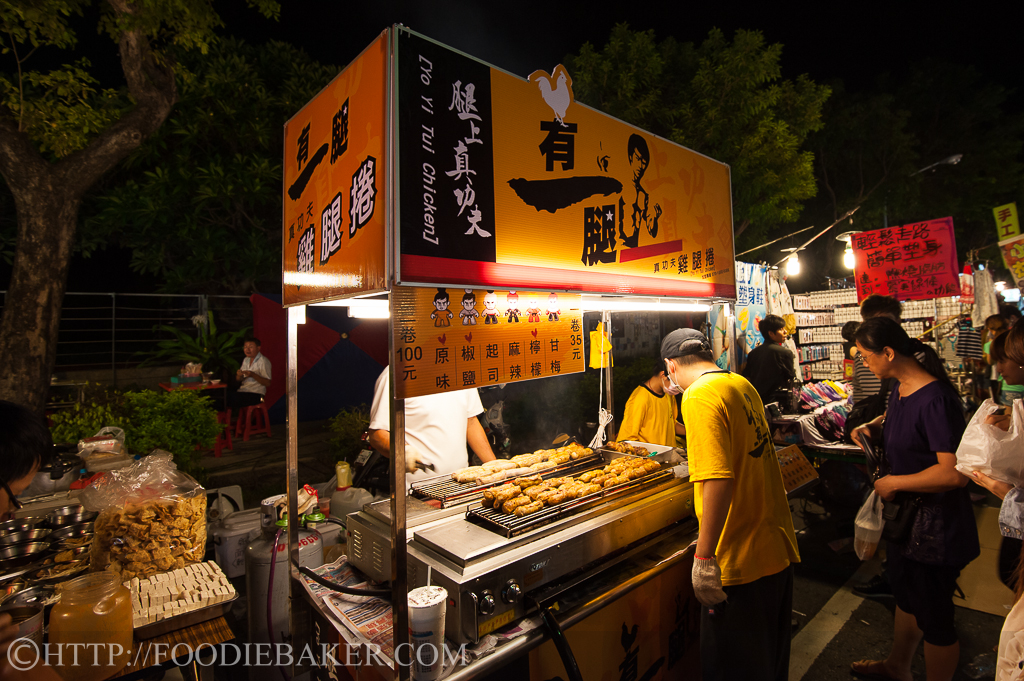 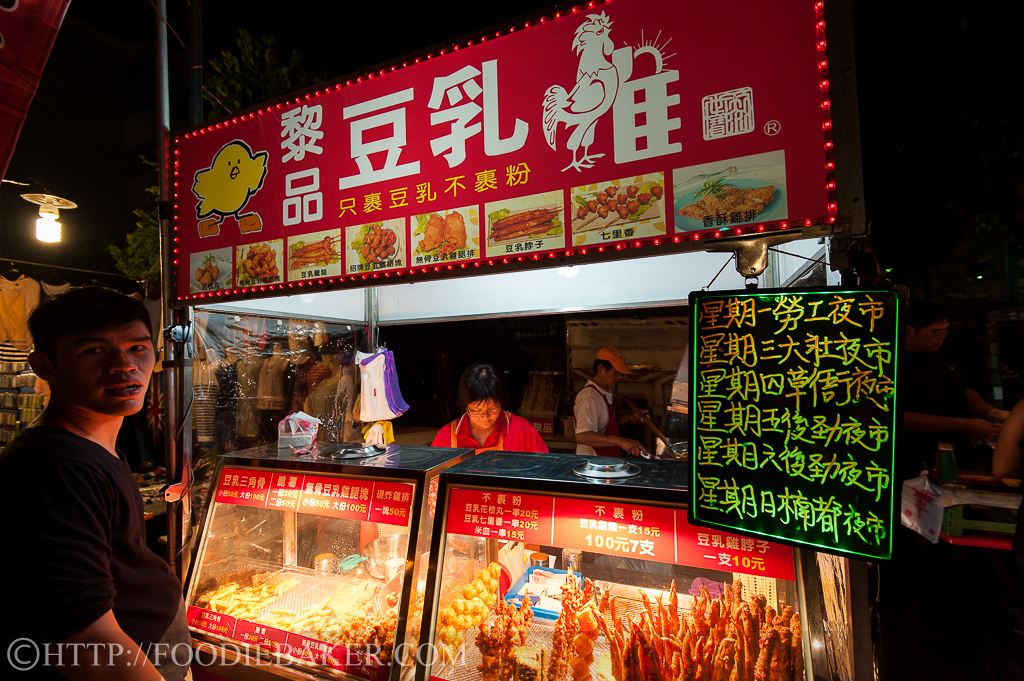 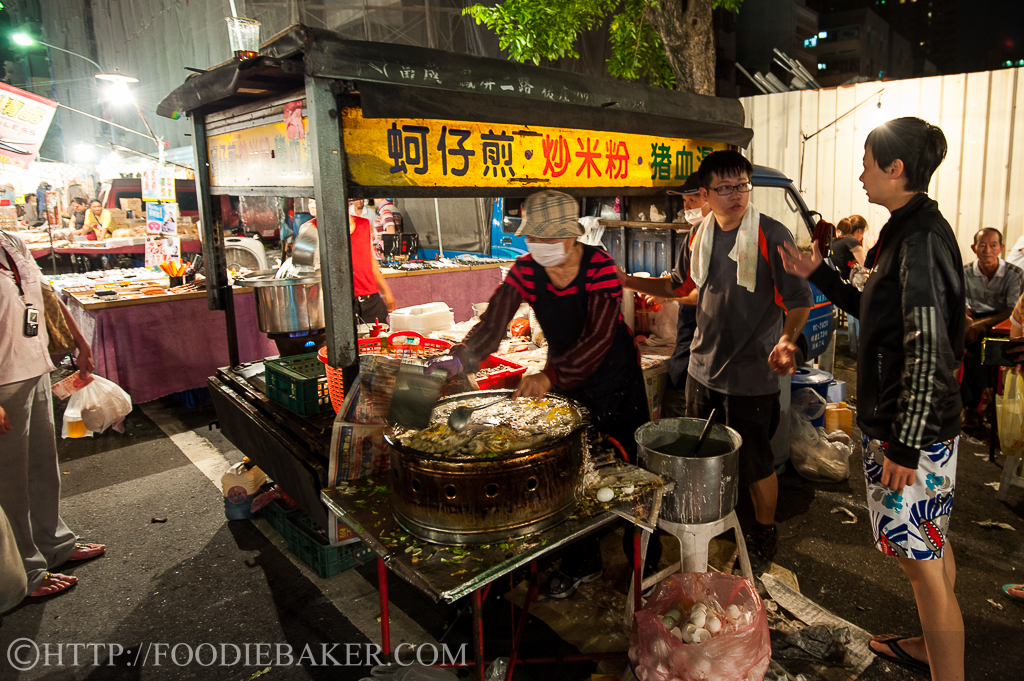 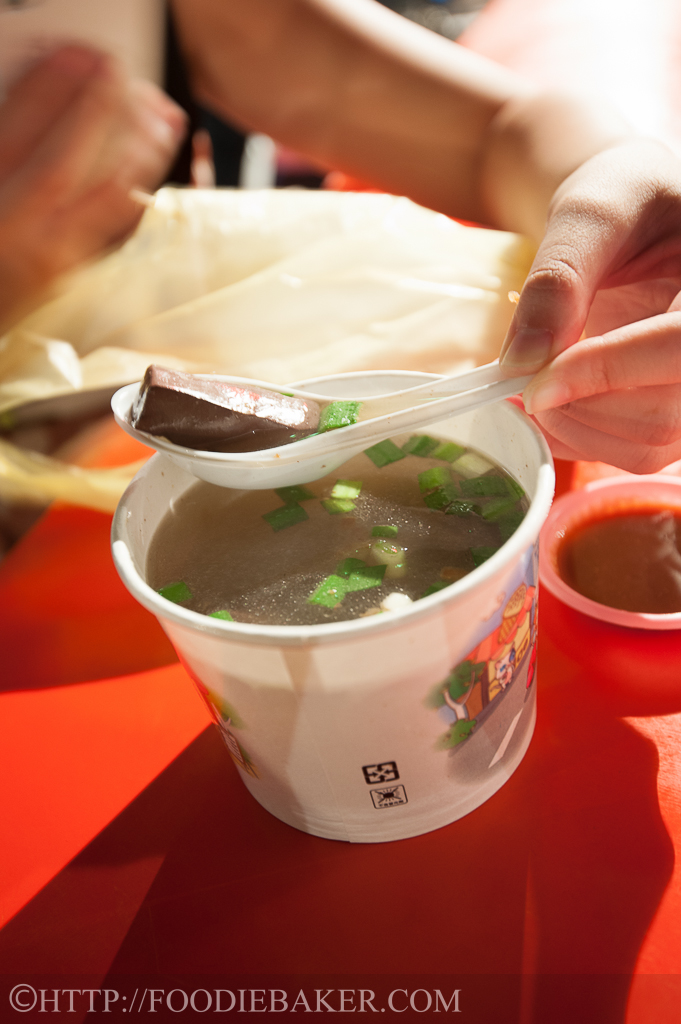 Pig's blood are allowed to coagulate into "puddings" before being added into a very simple soup. The soup's almost tasteless, but what most people go for are the pig's blood pudding. I really like it a lot, unfortunately it's not very common here in Singapore. 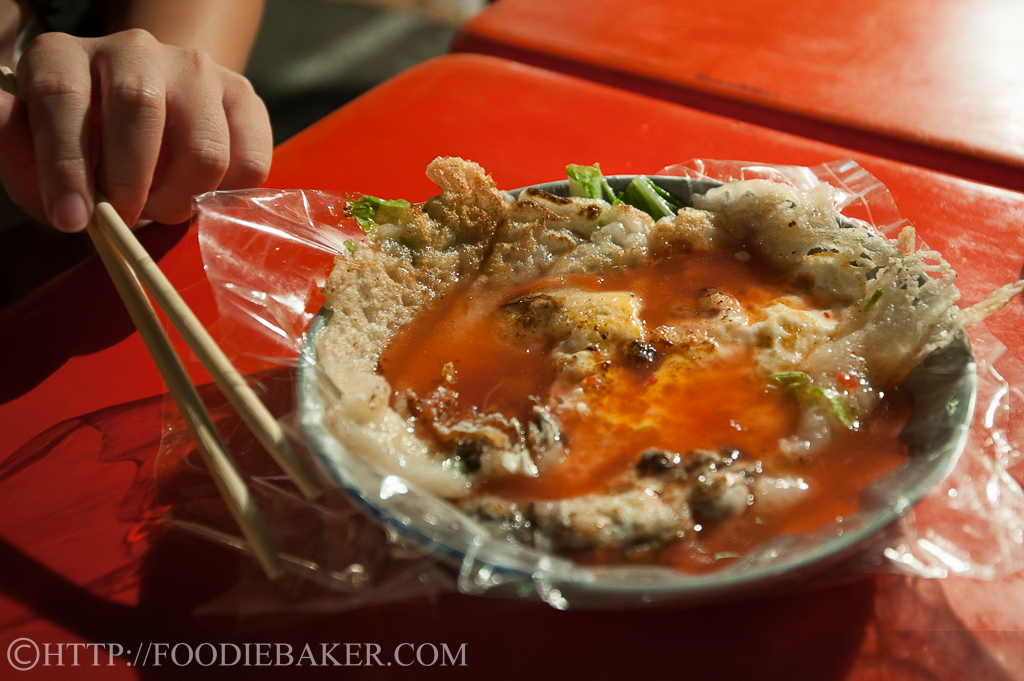 The food there was alright, above photos are some we tried that I felt were pretty not bad, though they didn't wow us (probably because we were getting too used to the food in night market?) Nevertheless, it feels good to be immersed in the local culture and atmosphere of the place and away from touristy areas. 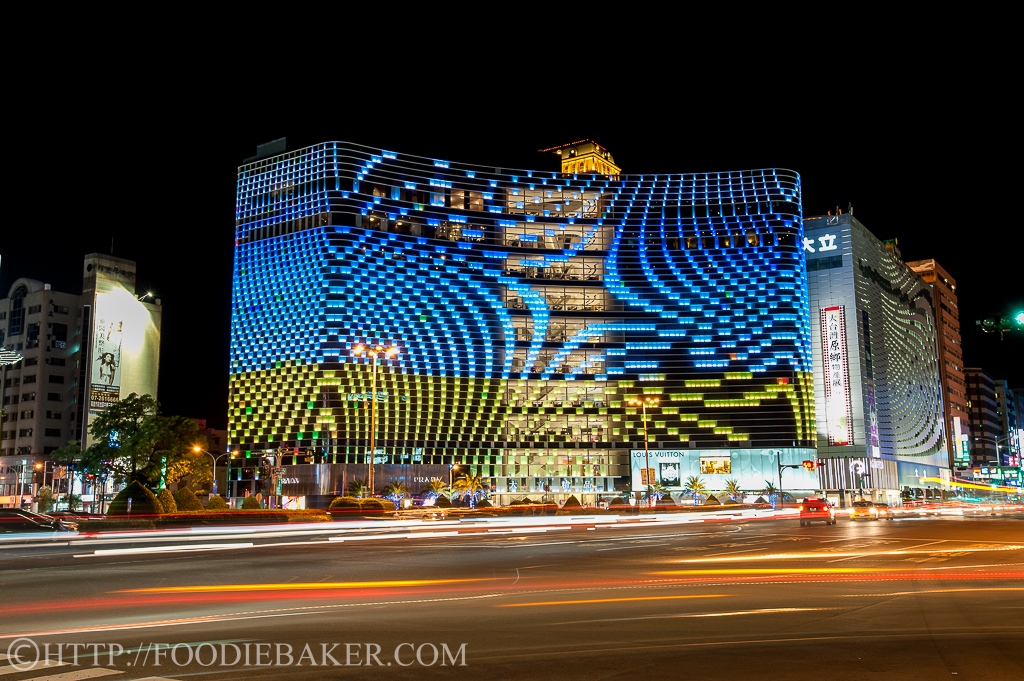 While cycling back to our minsu, we passed by a shopping centre that was lit in various colourful patterns... we only found out what it was called later on. We didn't go in as we were really stinky from a day of walking and we knew we won't be buying much stuff from there.

And that's all for Kaoshiung! The next few places will be more scenic and have more scenery photos! Meanwhile, for the rest of the posts on Taiwan, see our Taiwan travel itinerary here!