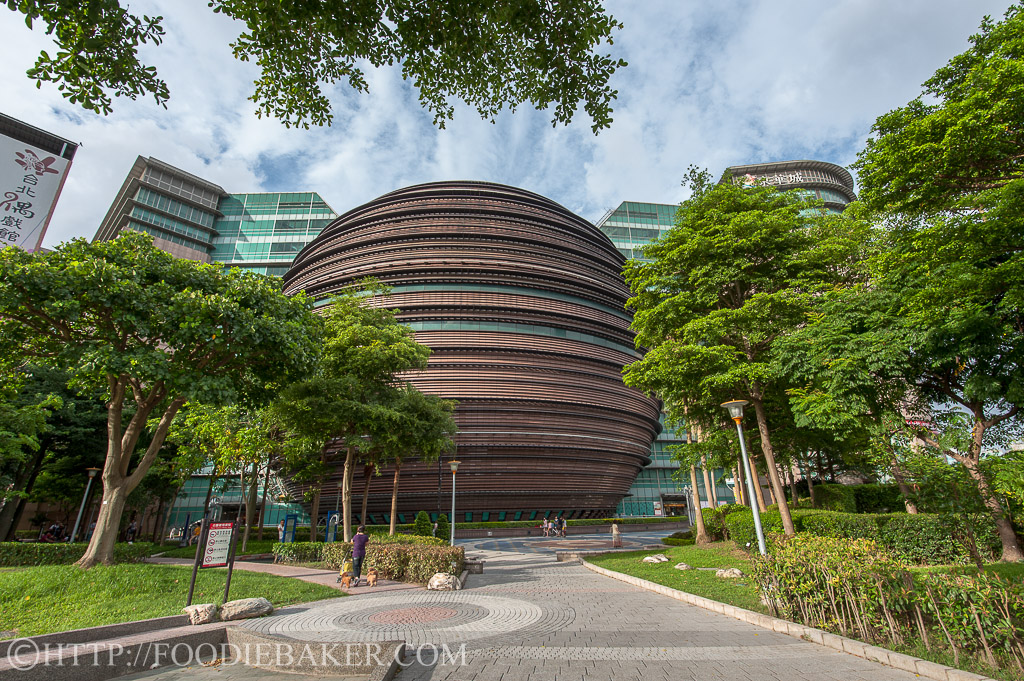 I'm back to update another post on my Taiwan trip! We scheduled to stay in Taipei for 6 days - 3 days at the start and 3 days at the end (the other 16 days are spent in other counties). I've decided to combine all the places I've been to in Taipei first before moving on to another county.

Taiwan is probably not very popularly known for its architecture, as most of them do not have long historical background and were not built in times when there was no modern technology. However, there are still some modern architecture that are relatively pretty, and one of them is the Core Pacific City. 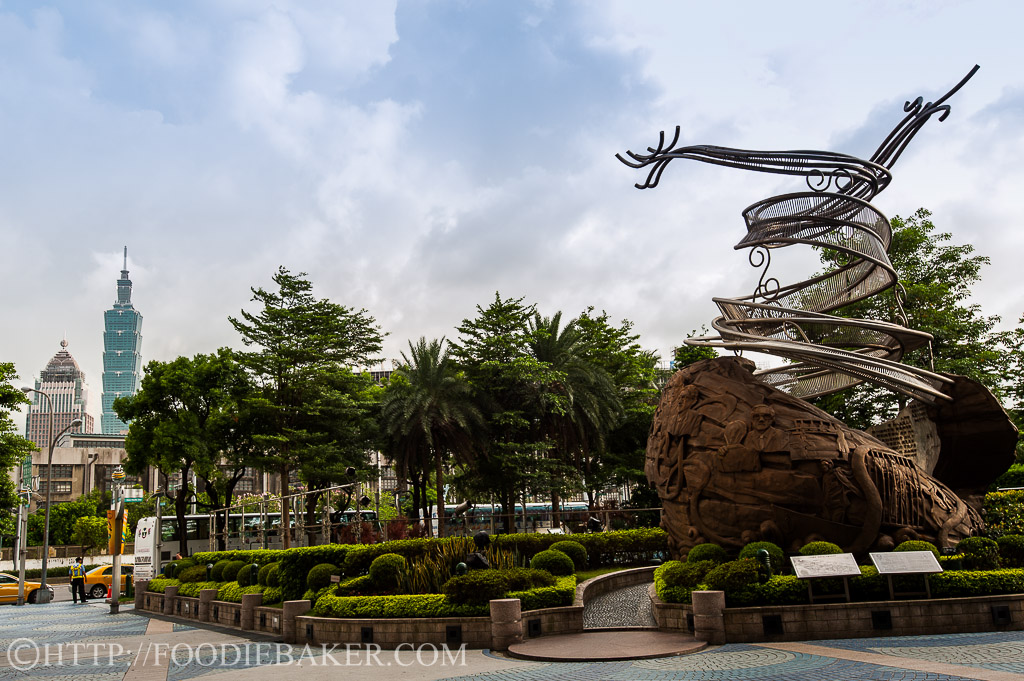 Core Pacific City is a huge shopping center occupying a total floor space of 204,190 square meters. Designed by Jon Jerde, the shopping center was built in 2001 and is a complex of two buildings - an L-shaped building and a sphere. The sphere was the shopping center's most dominant and visible feature, standing at a height of 11 stories tall. 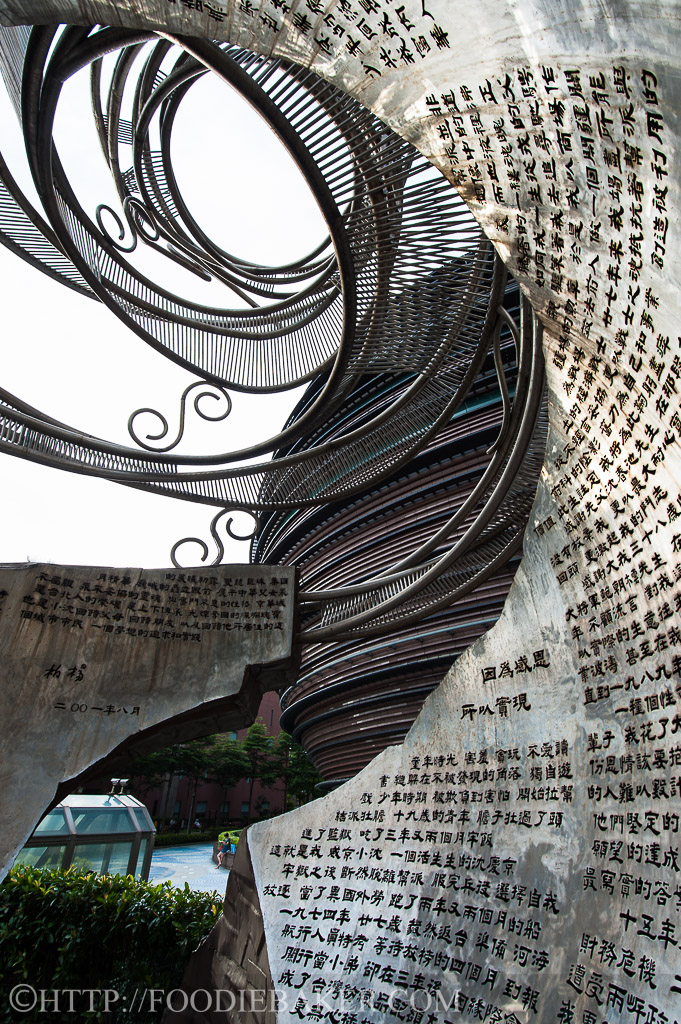 History of the man who built the Core Pacific City - I love the unique shape of the monument. 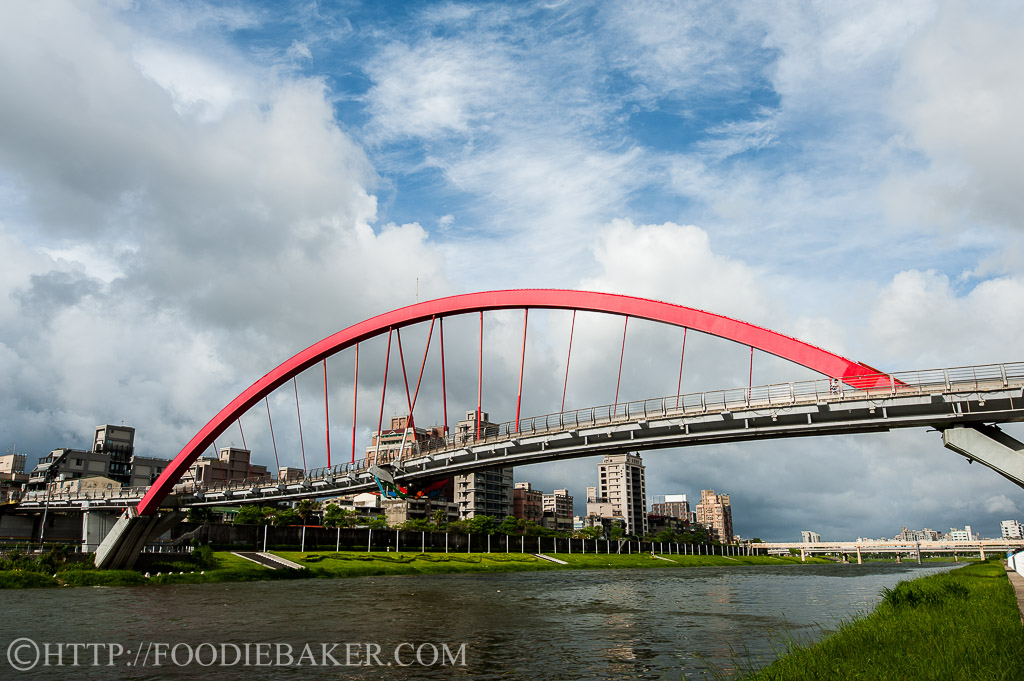 Rainbow bridge was just a few bus-stops away and we headed there to take some photos as well. The Rainbow Bridge is constructed in July 2005 and was officially opened in September 2007, for only pedestrians and cyclists. Built in a S-shape, this 167m bridge connects the Neihu and Songshan districts and cost about NT$120 million to construct. The place was actually very quiet when we went there - we saw some people jogging around the area. 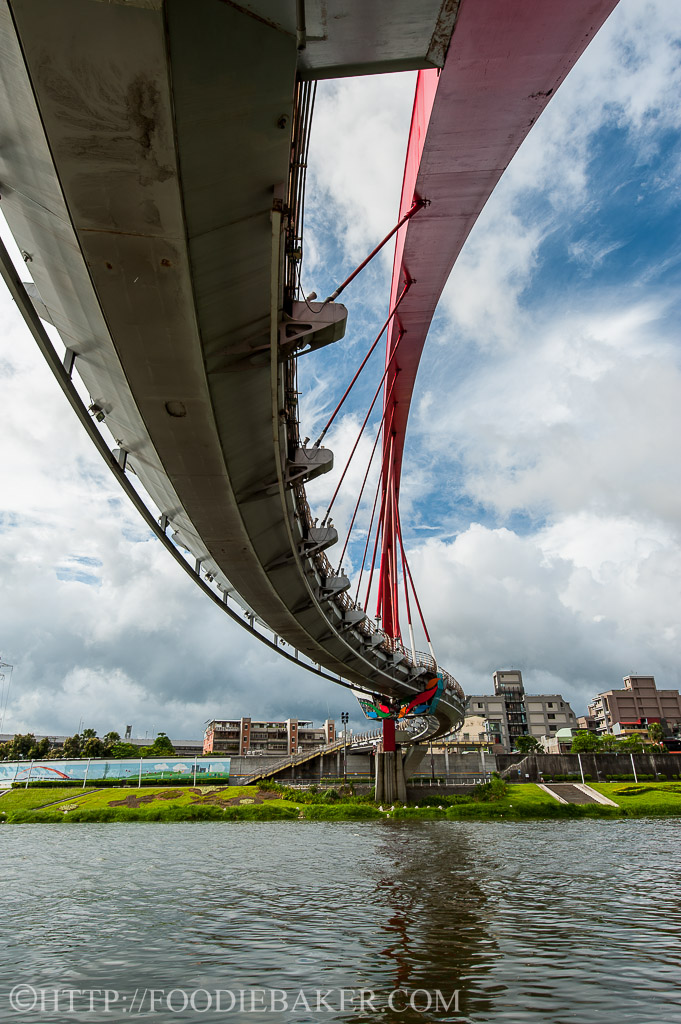 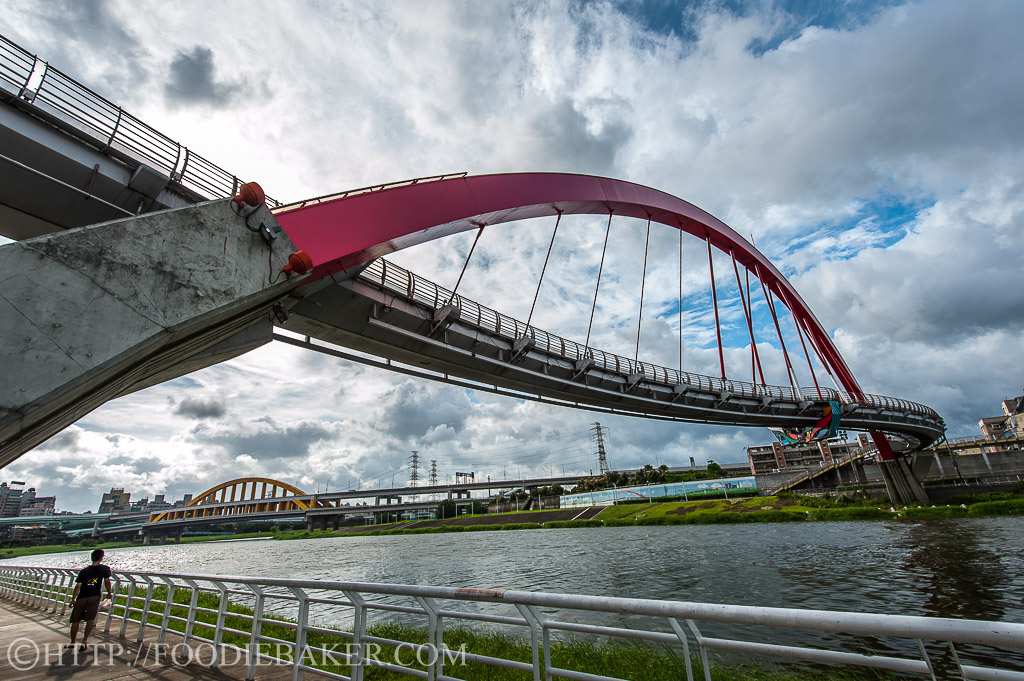 The clouds provided a dramatic feel, don't you think so? 😉 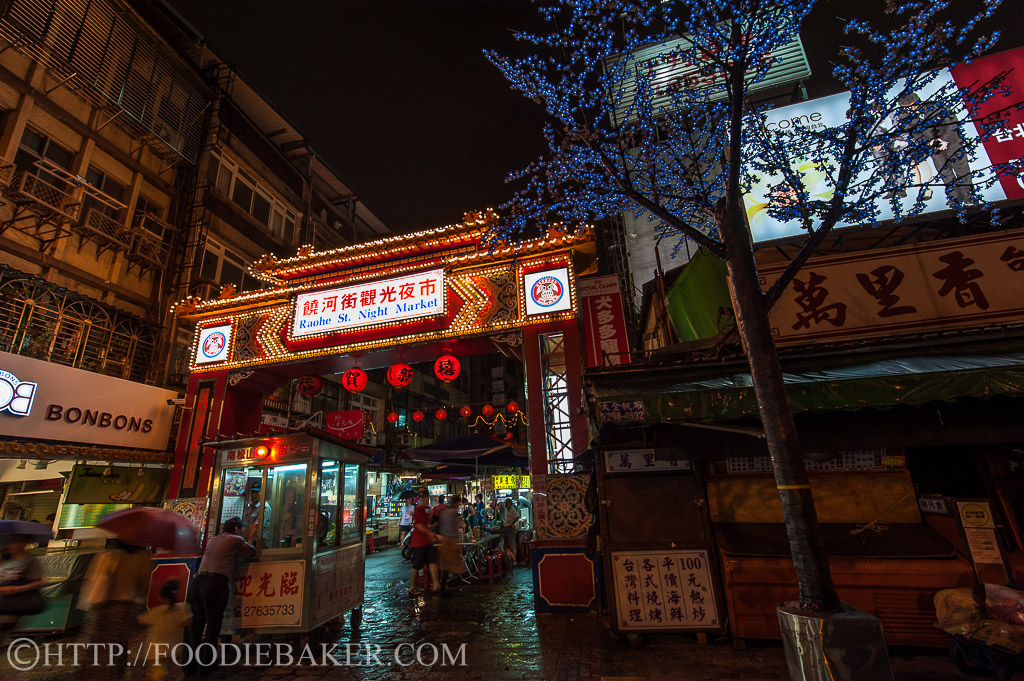 Just a few minutes walk from the Rainbow Bridge is one of Taipei's many night markets, Raohe St. Night Market. There are a lot of night markets in Taipei - in fact, we visited a different one every day while we were in Taipei! Shilin Night Market is definitely one of the most popular ones, but we found it to be extremely touristy (will blog about it in another post), whereas Raohe St. Night Market, though still very crowded, is visited mainly by Taiwanese (many locals will actually recommend visiting this or Shida Night Market instead of Shilin Night Market). We didn't manage to take photos of the food as it was drizzling that day - hard to hold the camera and food at the same time... 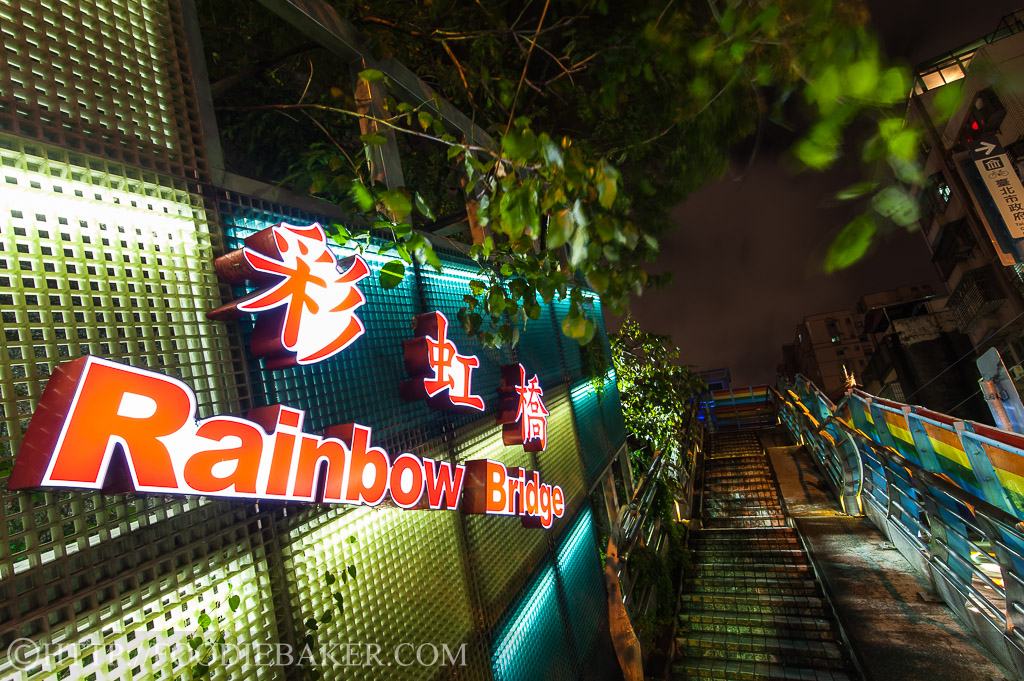 Back to the Rainbow Bridge!

After several rounds of feasting at the night market, we walked back to the Rainbow Bridge as X wanted to take some night photos. 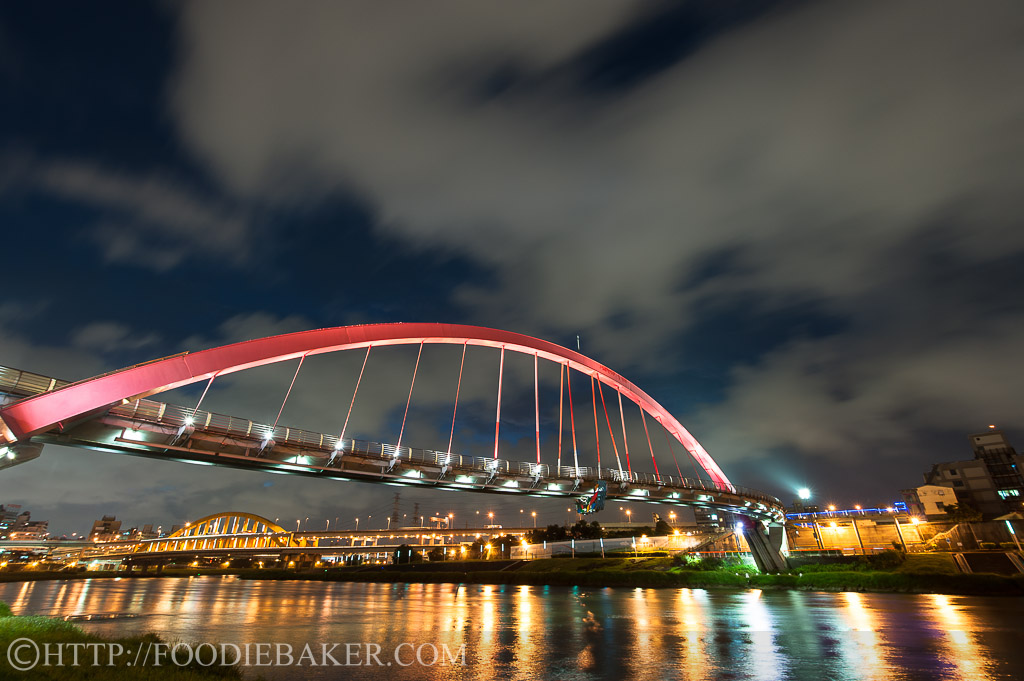 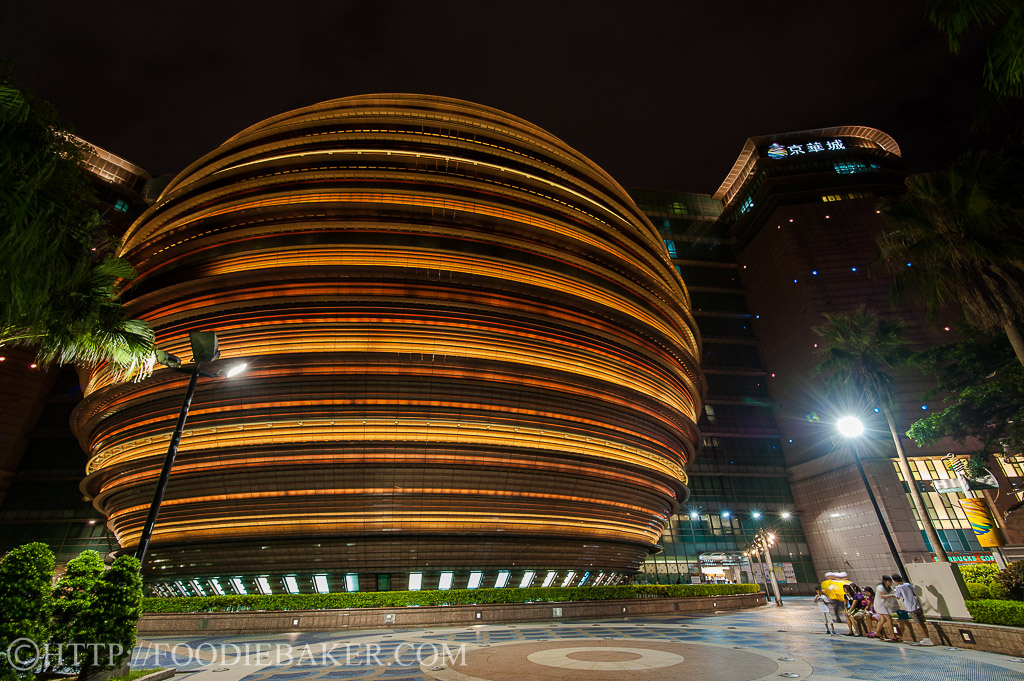 We also headed back to Core Pacific City to take the night photos of the shopping mall. The massive sphere stands out even more when lit up! 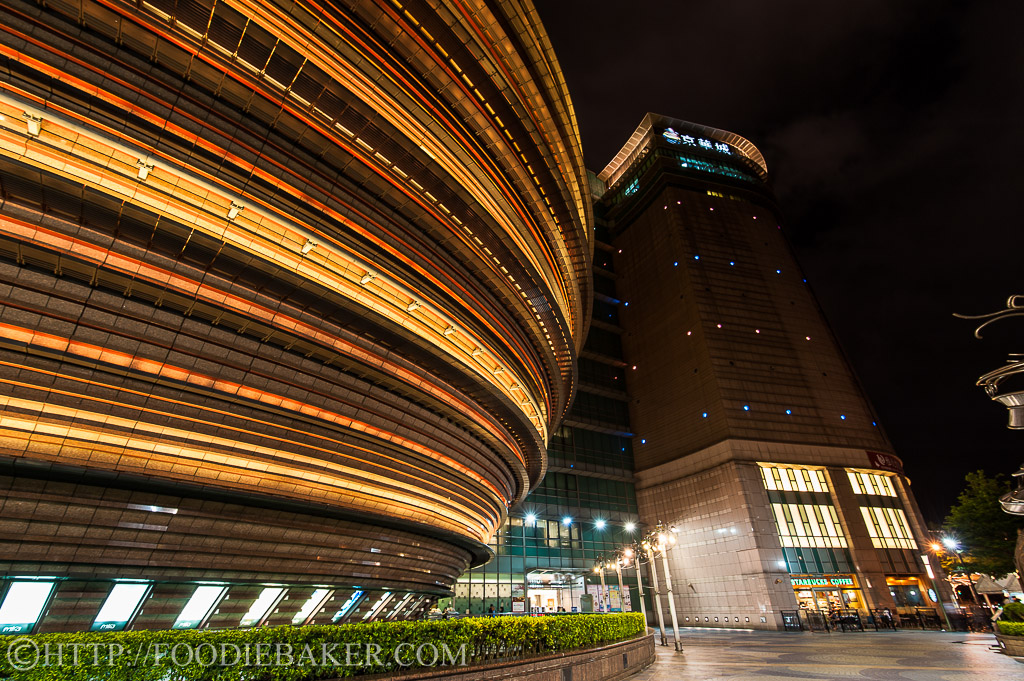 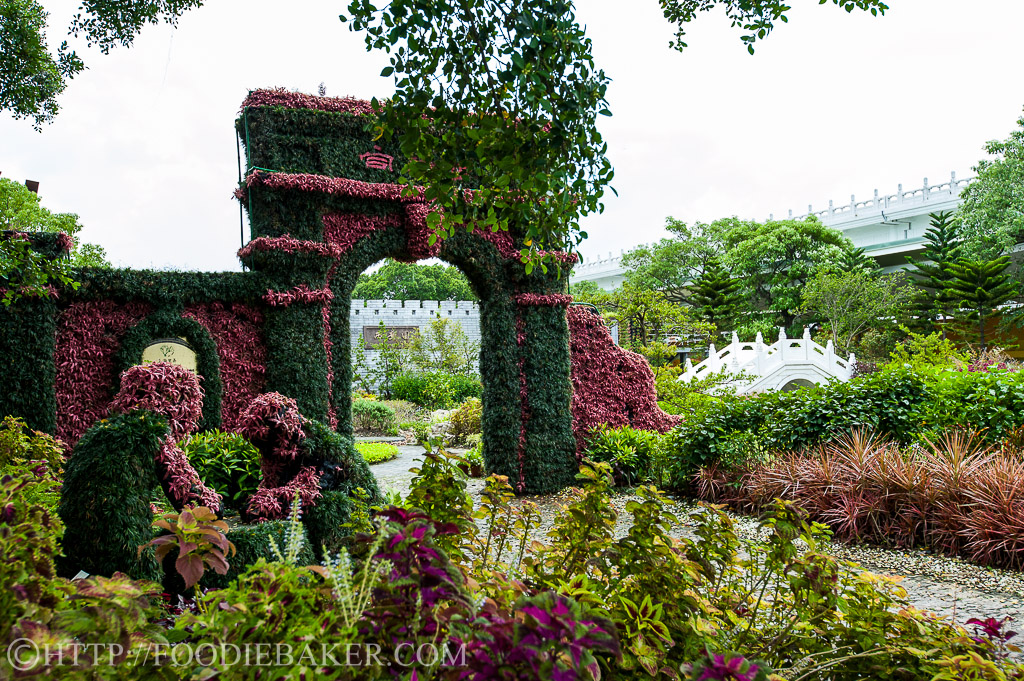 On our second last day in Taiwan, we went for a Pineapple Cake Cultural Festival located in the Expo Dome, at Taipei Flora Expo Park. It was a great, and free, way to sample the different pineapple tarts to find out which one we really liked, and we only liked a few as most of them were still a tad too sweet for me.

There are many events being held throughout the year at the Expo Dome, but this place is probably more popular with the locals than the tourists. But since we were already here at the expo park, we decided to take a walk around the area. 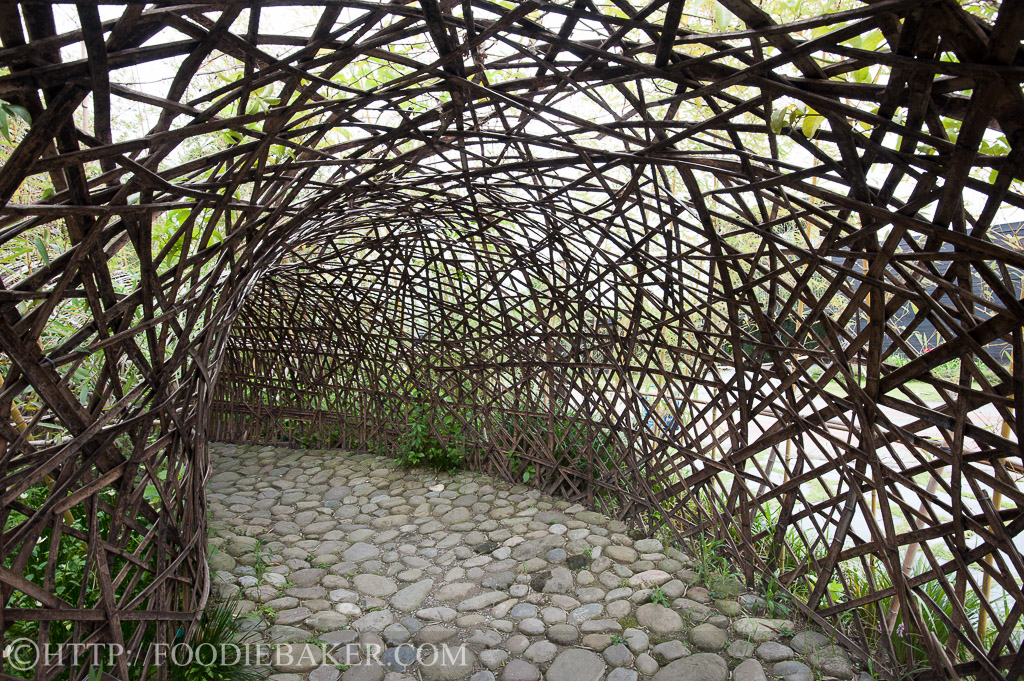 We were glad we explored to area as we chanced upon a beautiful bamboo structure when we crossed to the opposite side of the road to Zhongshan Meishu Park (中山美術公園). 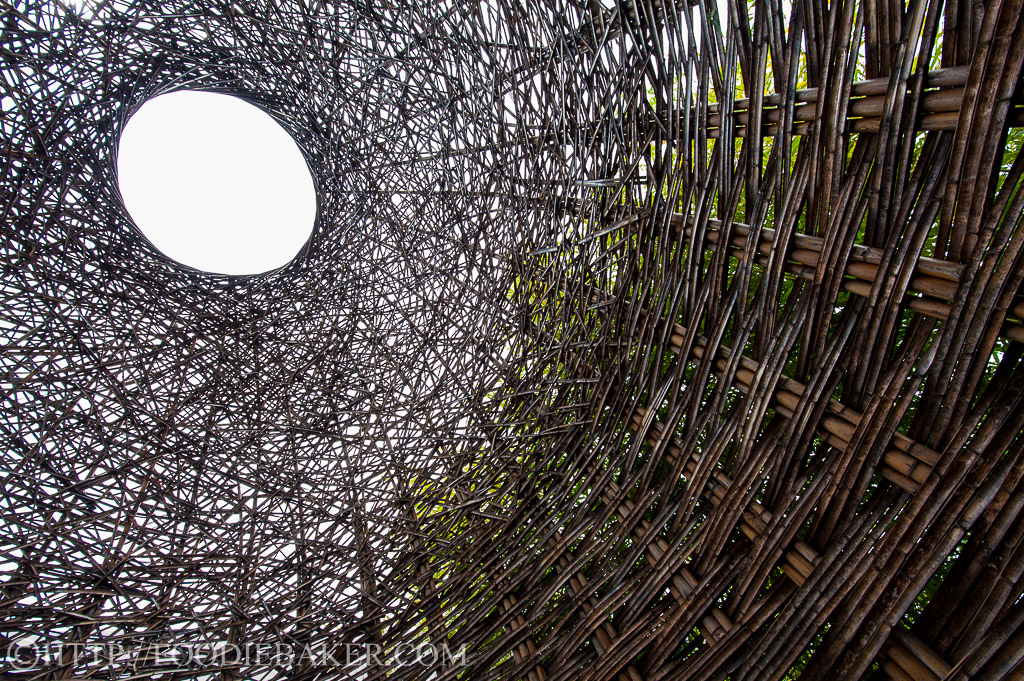 Inside the Bamboo Dome

The bamboo tunnel leads to a bamboo dome, with a hole right at the top. It may sound real odd but when I was in there by myself (X went somewhere else to take photos), I had a very calm and serene feeling. The place was really quiet and peaceful. 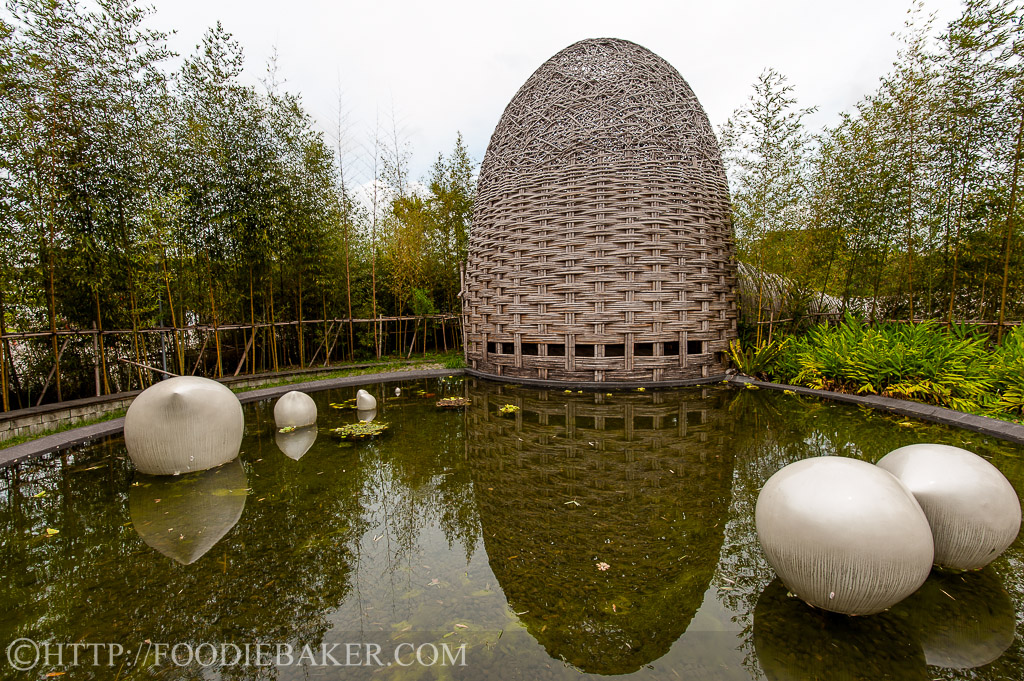 Right outside the dome is a small pond, which is a very peaceful and quiet place to relax. I've researched online and found out that this structure was constructed in 2011 for the Taiepi International Flora Exposition. The hold in the bamboo dome signifies that the sky is the limit for human ambitions. Pretty interesting, isn't it? It's a pity that not many people will visit this beautiful structure...

Well, here are the details of the places should you need them!

And that's all, till the next travelogue! 😉