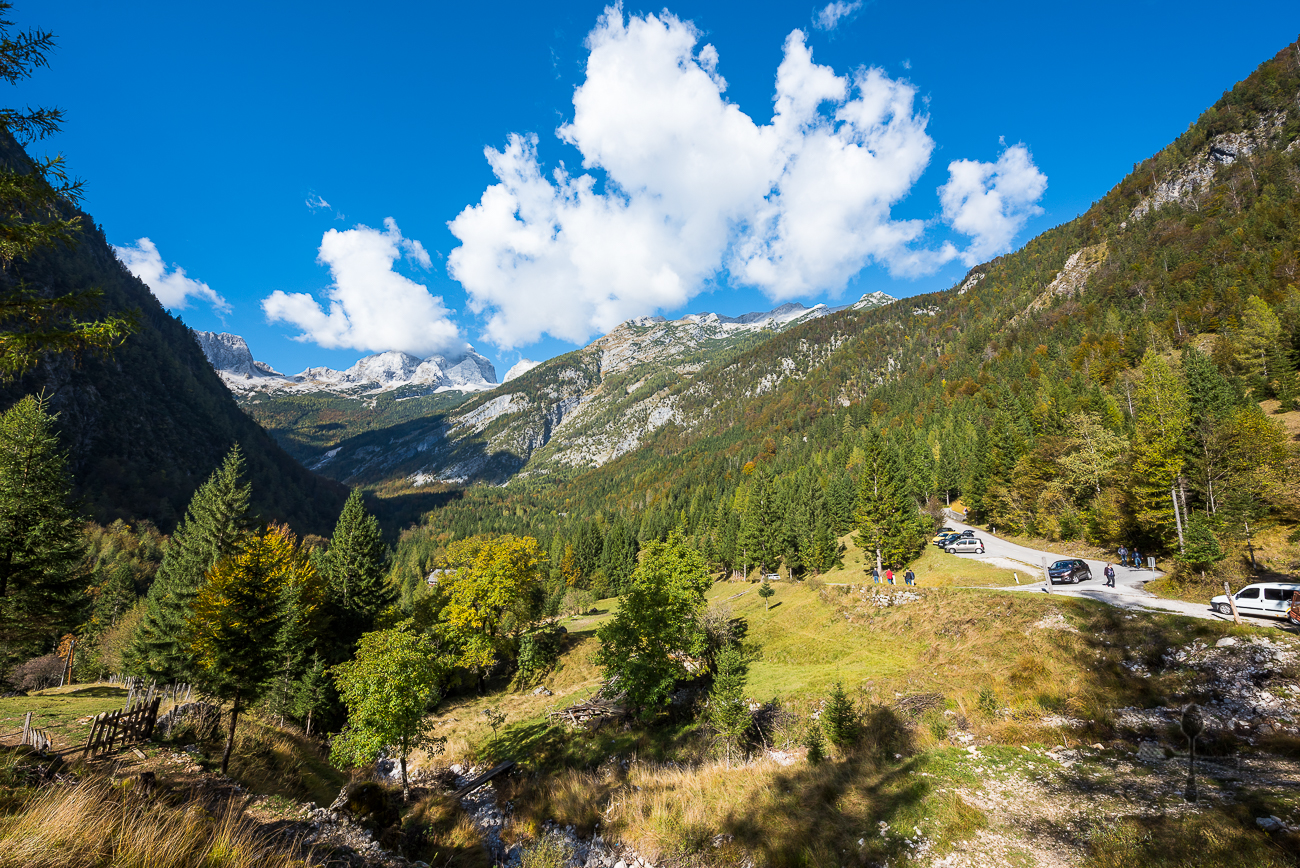 Hello! I'm back with another travelogue! After our visit to the source of Soča River, we headed off to the Vršič Pass.

The Vršič Pass is a high mountain pass across the Julian Alps, connecting Trenta Valley and Kranjska Gora. It is the highest pass in Slovenia, reaching an elevation of 1,611 metres above sea level, and spans 24 kilometres with 50 hairpin turns. Each turn is numbered, so it's pretty fun counting up/down the turns along the winding road. 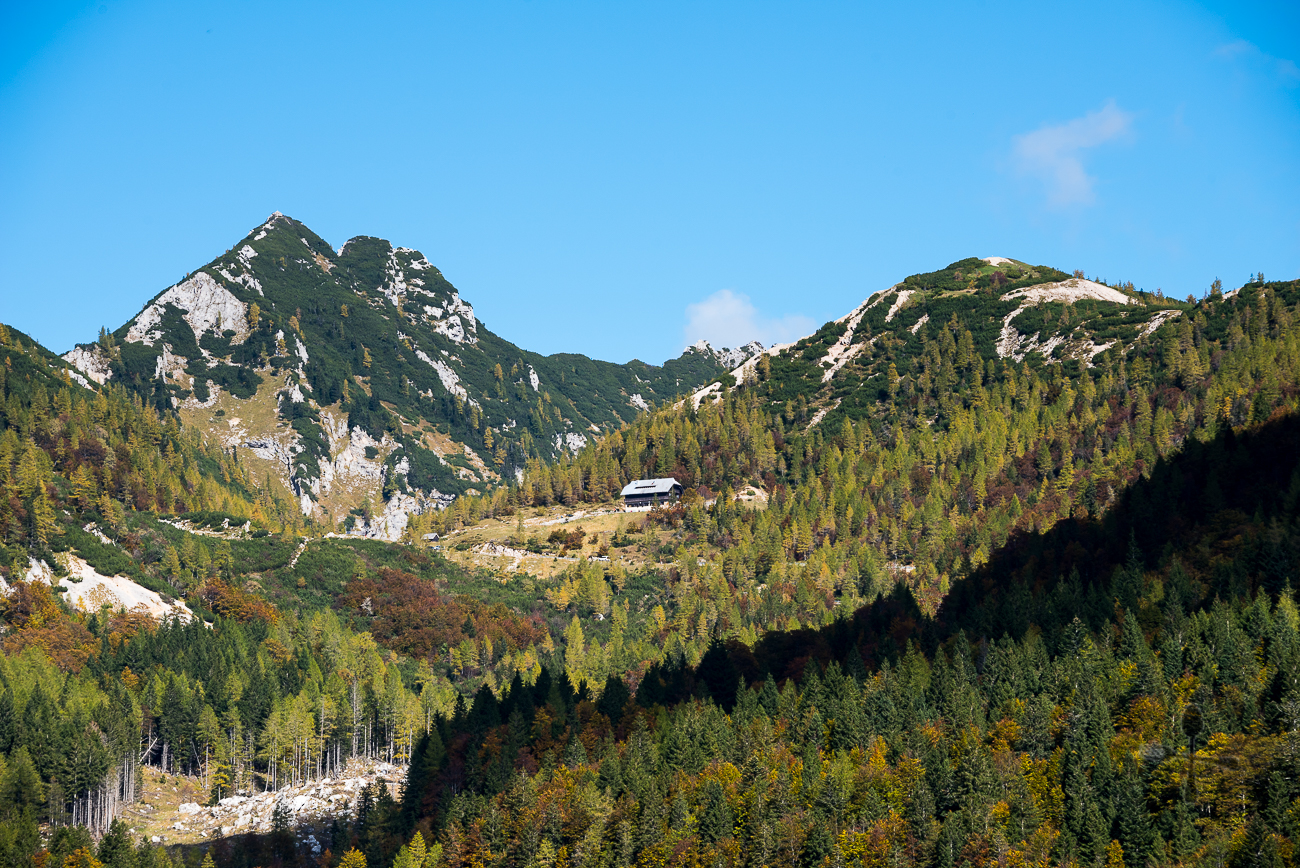 The Vršič Pass was built by Russian prisoners of war during the World War I. More than 10,000 Russians worked on the road - because of the poor working conditions (accidents and diseases were rampant), death toll was high and many were buried in makeshift graves by the road.

In addition, to keep the pass open all year round, prisoners were stationed there to clear the snow off the road during winter months. In March 1916, an avalanche killed more than 100 prisoners. Their bodies were only recovered several weeks later after the snow has melted. The exact number of those who perished is not known to this day. 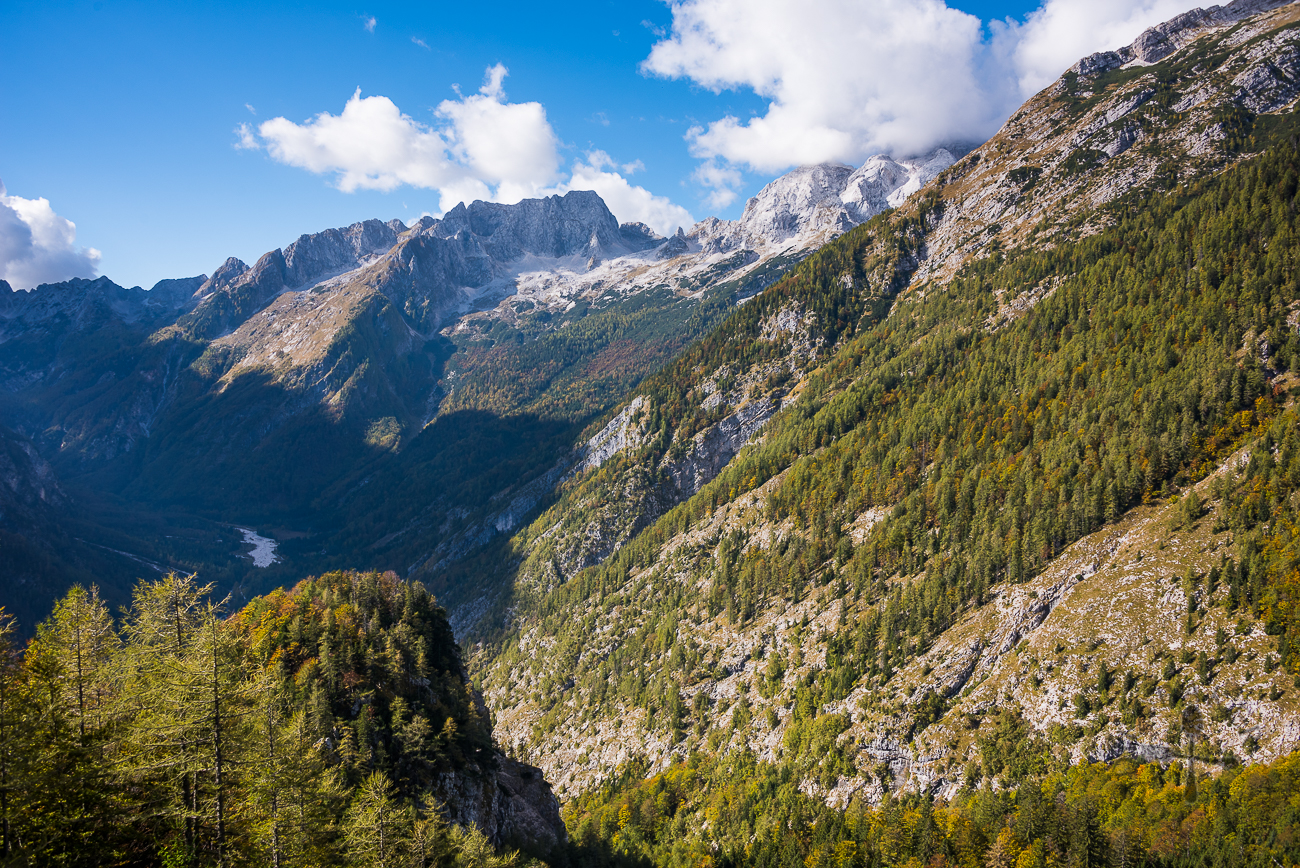 Scenic Drive Along the Vršič Pass

The Vršič Pass is free for all, open for about 7 months a year and closed to all traffic in winter due to heavy snowfall. This website provides information on whether the road is opened or closed, so it's best to check it before you head there, especially if you are visiting in early spring or late autumn. The roads are well-maintained - some parts are paved and some parts are lined with cobblestones - a measure perhaps to slow vehicles down - and are wide enough for vehicles to pass in the opposite direction. There are several car parks along the way, and some sections of the road are widened for vehicles to stop and enjoy the views. 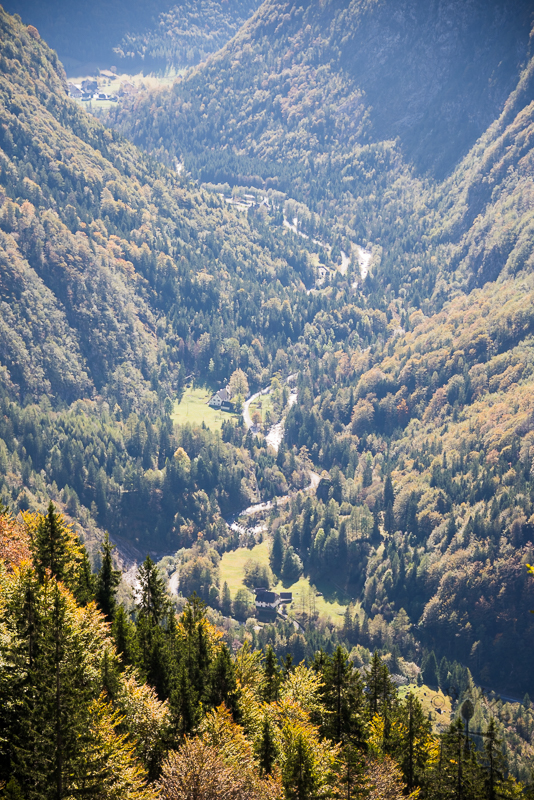 It took us about 2 hours to drive through this 24 kilometres of road, because the views were so stunningly beautiful that we kept stopping for photos! We also enjoyed our lunch here - it's definitely one of the best places for a picnic. It's good to allocate more time during the summer due to heavier crowds and road works, so you won't be rushing through the Vršič Pass without enjoying the views. 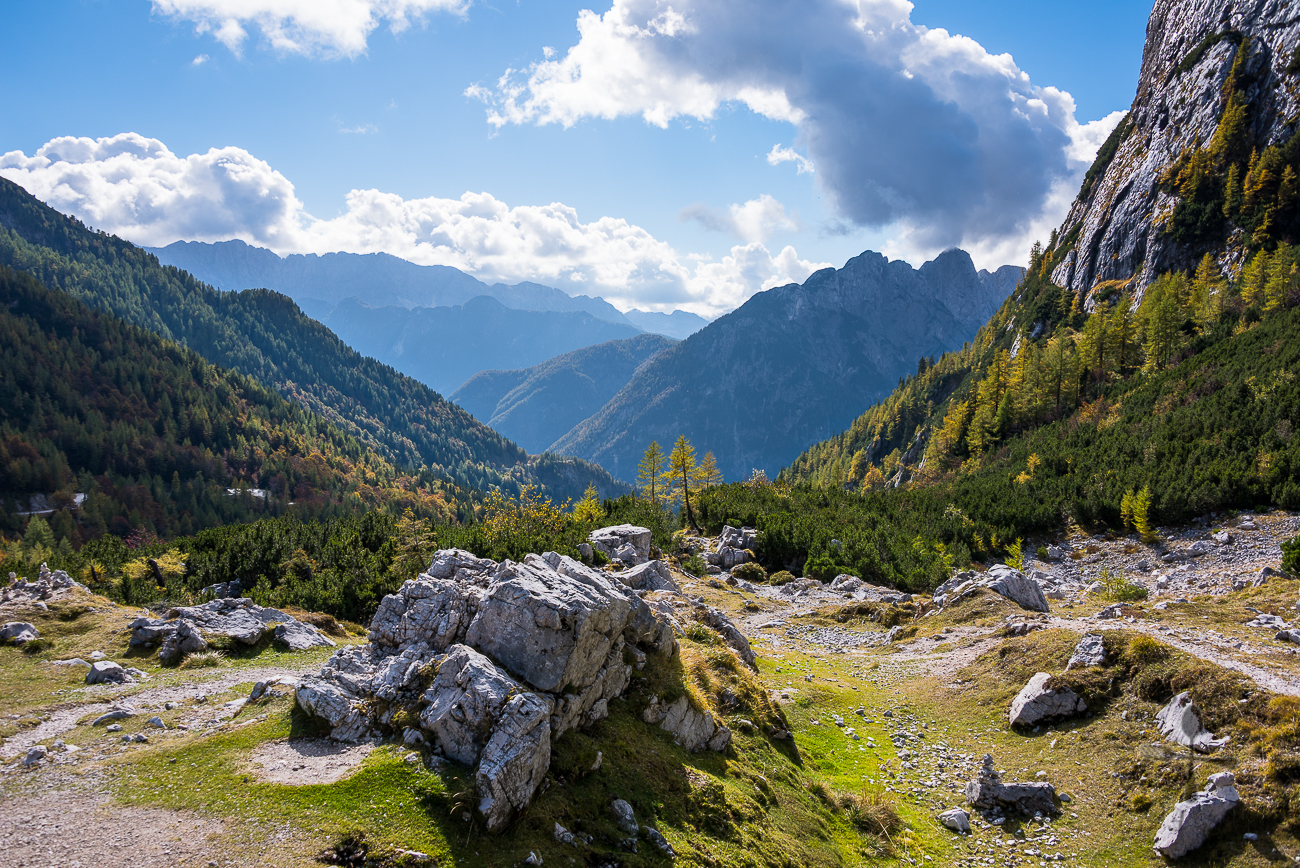 If driving is not your cup of tea, there are buses that you can take to Vršič Pass. The bus route is Kranjska Gora - Bovec and you can search for the bus timings on Alpetour website (make sure you check the "Show General Timetable" option to see the timings). There are buses every day in July and August and only on weekends in June and September. You can also book tours or ride bicycles (this option will be damn tiring though) to the Vršič Pass.

At hairpin #8, we passed by a Russian Orthodox Chapel, which was built in between 1916 to 1917 by the rest of the Russian prisoners of wars who survived the avalanche. The remains of the Russians who died in the avalanche were re-buried in a collective grave by the chapel. An obelisk was erected at the grave, with the words "To the Sons of Russia".

The chapel was restored in 2005 and in 2006, the 90-year anniversary of the Russian Orthodox Chapel, 9 kilometres of cobblestone road leading to the Vršič Pass was renamed Ruska cesta, which means "Russian Road".

After driving through the 50 hairpins at the Vršič Pass, we stopped by nearby Lake Jasna for a break. Lake Jasna is a pretty alpine lake covering a surface area of 2.2 hectares. The lake is guarded by the statue of Goldhorn (aka Goldenhorn or Zlatorog in Slovene), a legendary white chamois buck (a species of goat-antelope). I found a story about it, head over there to have a read! 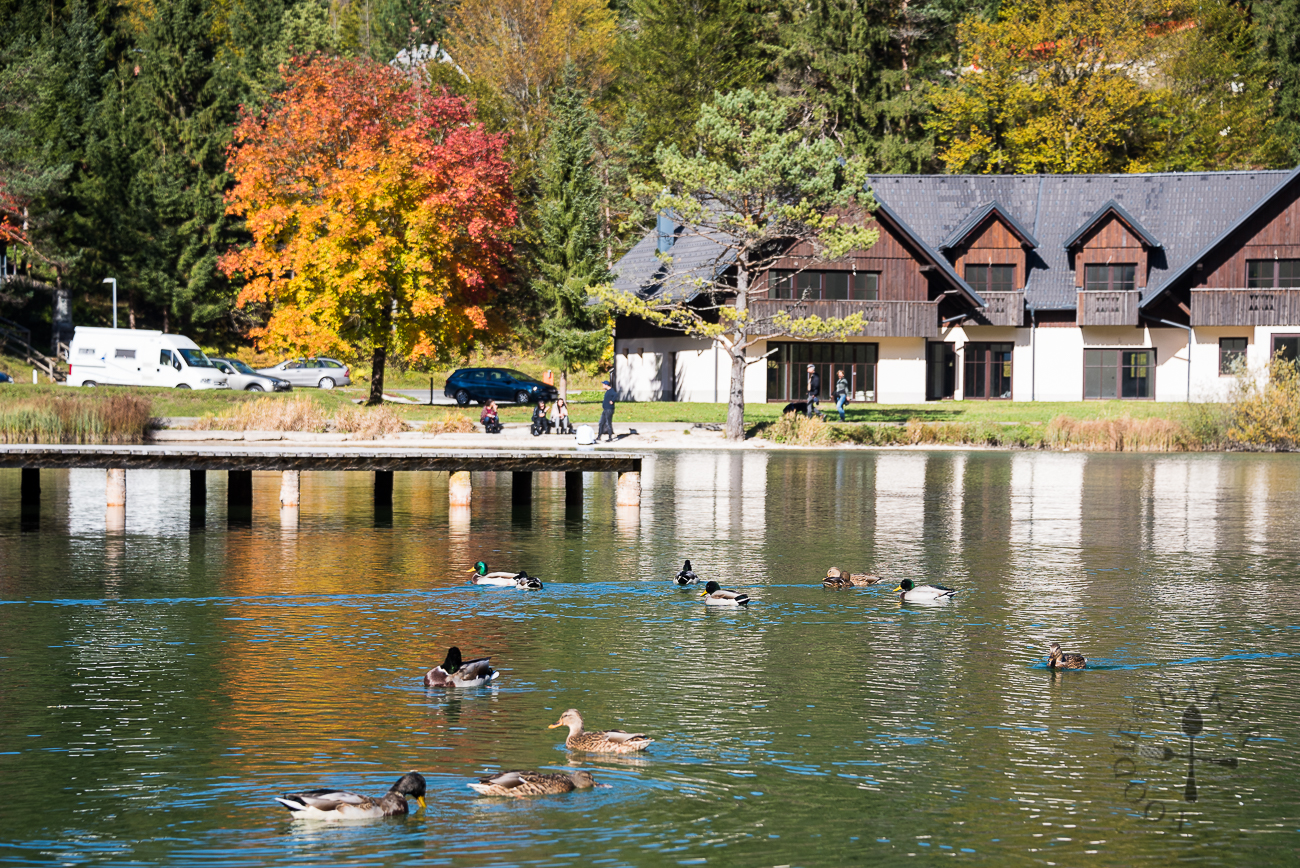 We walked for a short while along the lake and headed off to a nature reserve and another stunning gorge - will share in the next travelogue, so stay tuned! Meanwhile, check out our earlier hike to the source of Soča River and our 25-day itinerary and expenditure for our Balkans trip!