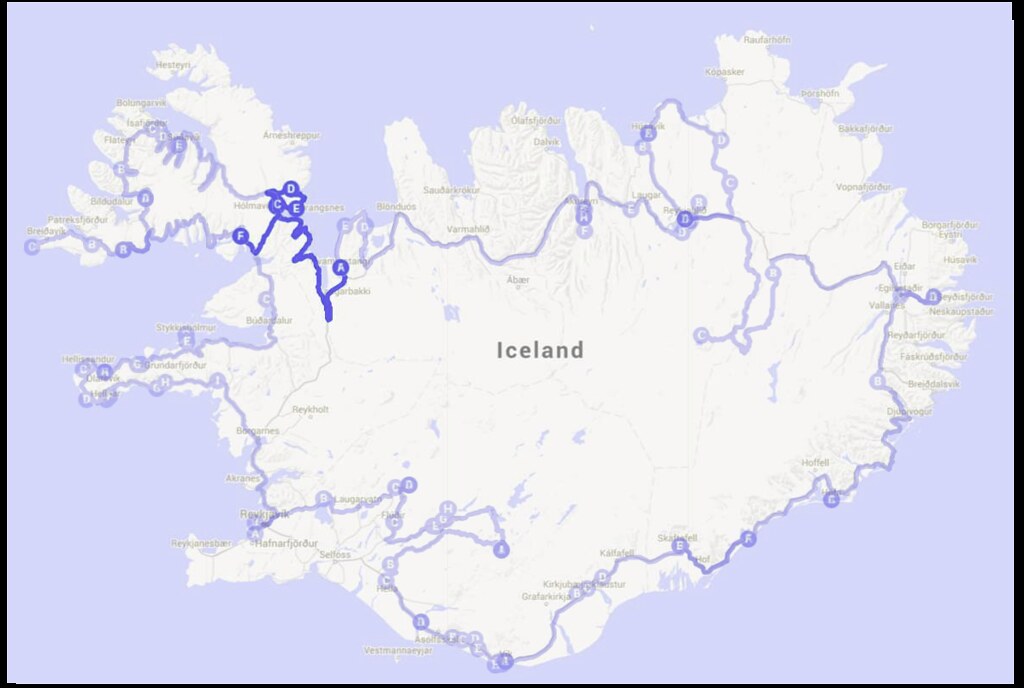 Hi everyone! Today's travelogue will be pretty short because we spent most of the time on the road. If you have forgotten where we were, we camped at Hvammstangi campsite on Day 14. We woke up at around 8.30 a.m. on Day 15 to 5 degrees Celsius outside. We quickly rushed to the service house to escape the cold and to wash up and have breakfast. After refuelling our car at Hvammstangi, we start our drive to Westfjords. Our first stop is Hólmavík, a small town that is a 2-hour drive away from Hvammstangi.

Hólmavík (Museum of Sorcery and Witchcraft) 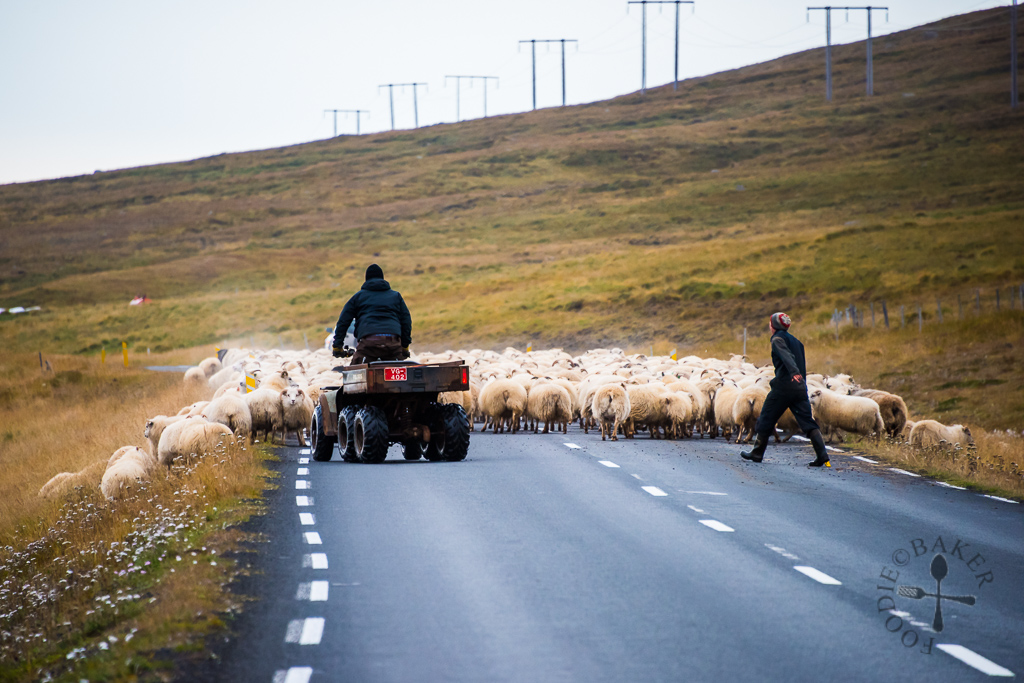 As we were driving towards Hólmavík, we passed by a réttir, an annual sheep round-up and sorting event. In Iceland, the sheep were allowed to roam and graze all over Iceland from late spring to early autumn. In autumn, the farmers will round-up their sheep - which usually take days - choose those to go under the knife and keep the rest for the next year. I was so in awe that we decided to go for a réttir to get some first-hand experience! (Will be blogging about our réttir experience in the next post!)

Hólmavík, located along near Route 61, is a town in the Strandir area with a population of about 400 and is well-known for its interesting history of witchcraft and sorcery. We didn't explore much of the town as it was drizzling, and we parked at the Museum of Sorcery and Witchcraft for a visit. The 2-storey small museum houses interesting (and mostly creepy) exhibits and items. 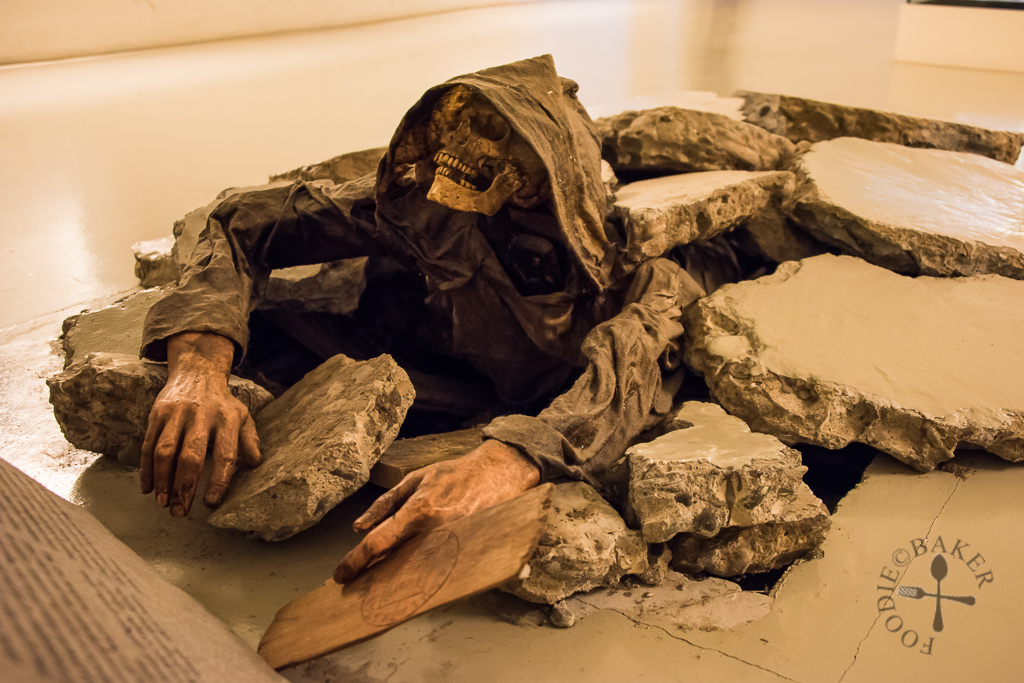 Apparently witchcraft and witch-hunting was extensively practised in Iceland in the 17th century. According to the museum, the first man to be burned at the stake for witchcraft in Iceland was Jón Rögnvaldsson in 1625. He was accused of having brought a dead man from his grave and sent him to do mischief to his foe. His guilt was thought proven when some papers with runes and magic characters were found in his bed. 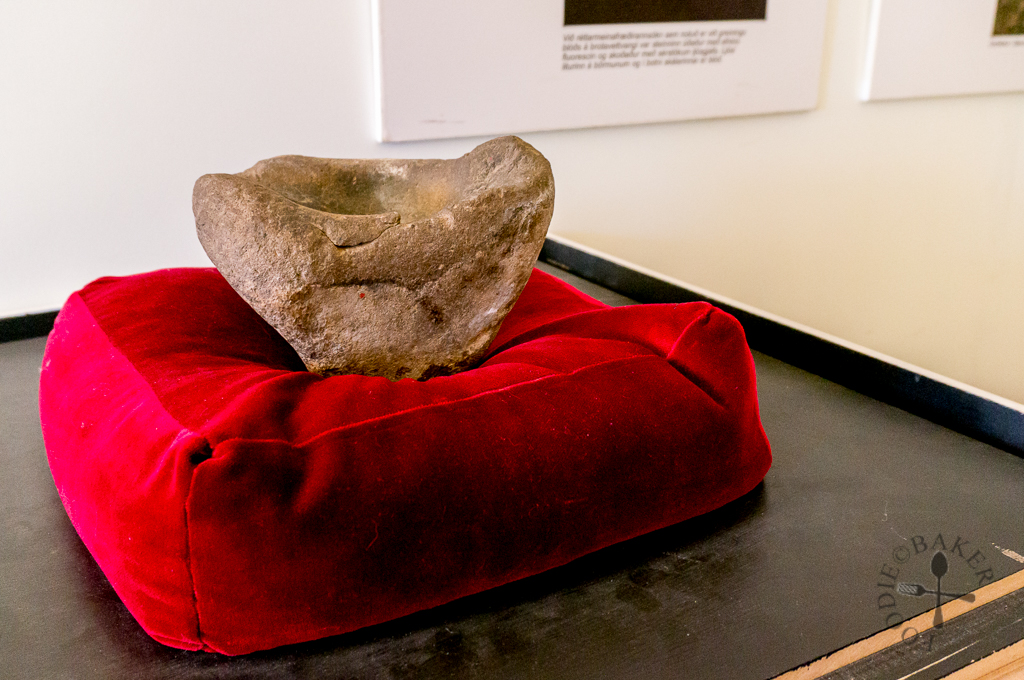 Another item we saw in the museum is a stone bowl which is the only object ever found that can be connected to the old Viking gods. According to tests conducted by experts, the stone bowl was tested positive for blood (though not human). Coupled with where the bowl was found, experts concluded that there is a possibility of it being used as a sacrificial bowl in heathen rituals.

The museum may not be worth a trip as it's a bit small so there's honestly not much to see. However, if you are already planning a trip to Westfjords and have an interest in some witchcraft or creepy stuff, do head over there for a look!

At the museum, we learned that there's a Sorcerer's Cottage located not far away from Hólmavík. Since we had time on hand, we decided to give it a go. The Sorcerer's Cottage is located on Route 643, very near Hotel Laugarhóll. It took us about 30 minutes Hólmavík to reach the place and a short hike was all we need to reach the small wooden houses.

Hotel Laugarhóll offers a pamphlet on the Sorcerer's Cottage if you are interested in reading more about the place (but we only know about it after we came back so we didn't get to read it).

The Sorcerer's Cottage were constructed based on text records from the 17th century. The 2 wooden houses with turf on the roof and walls aim to give visitors a chance to experience the poor living conditions of the tenants in the past. Majority of the tenants were whipped or burned for practicing superstitious or simple magic. Personally, I didn't find the houses very fascinating - perhaps because I'm more interested in nature stuff these days.

Just further down from the Sorcerer's Cottage we saw a giant chair made from wooden logs - since it's for the trolls, we didn't try how comfortable it is d:

Gvendarlaug Natural Thermal Pool is a small, natural bathing pool, also located near Hotel Laugarhóll. The water was apparently blessed by Bishop Guðmundur Góði Arason in the 1200s and is reputed to have healing properties. Currently, no one is allowed to bathe in this pool as it is a protected monument. If you'd like a dip, you can head to the swimming pool at Hotel Laugarhóll, the water there is channelled from Gvendarlaug pool.

After getting back to the car, we backtracked on Route 643, then turned onto Route 645 to reach Drangsnes, a tiny fishing village with only about 70 inhabitants, which took us about 30 minutes from the Sorcerer's Cottage. Drangsnes is probably one place that most travellers will skip because of its remote location, but luckily we have enough days to visit this place because I'll never forget the hot spring bath we had here!

Grímsey Island, located about 40 kilometres north of Iceland, is about 5 square kilometers big and has a population of approximately 90. And of course, how this island was formed cannot get away from the topic of trolls (this is Iceland after all!) Grímsey Island was supposedly formed when a giant tried to dig the Westfjords apart from the rest of Iceland. One can take a 10-minute boat ride from Drangsnes or a 30-minute plane ride from Akureyri. There are quite a few activities one can do on Grímsey Island, such as birdwatching as it boasts a rich bird life of puffins and fulmars, crossing the Arctic Circle, watching the midnight sun and even diving with birds (yes, birds!)

We originally wanted to camped at Drangsnes campsite for the night but found out that it was already closed for the year. So we decided to head towards the réttir site and camped somewhere nearby because the site was about 2 ½ hours drive away from Drangsnes. But before that, it's time to soak ourselves in some hot tubs!

This trio of three hot tubs are located right along the shoreline in Drangsnes, providing one of the best views ever. The hot tubs fed by naturally heated spring beneath and temperatures range from cool to hot, so you can alternate among the different hot tubs. We had a quick rinse in the toilets (there's 2 toilets and showers) across the road, then made a dash towards the hot tubs, dived into the hot tubs and soak in the water and the splendid views.

Look for the swimming sign to find the hot tubs. The hot tubs are free to use, but we donated a bit of money, hopefully they will keep these awesome hot tubs going!

After warming ourselves up in the Drangsnes hot tubs, we drove towards the réttir site. The actual réttir site was about 2.5 hours away from Drangsnes on Route 62 but we decided to save some of the driving for the next day as it was getting late. We parked the car in the middle of nowhere for the night, prepared dinner and rested early - luckily we rested early because we need all the energy for next day's tiring réttir!

Day 16 is all about réttir - we chased some sheep with the locals, had the soles of our shoes full of shit (literally), and learned so much about sheep farming in Iceland. Can't wait to share with you guys, stay tuned for the next travelogue!