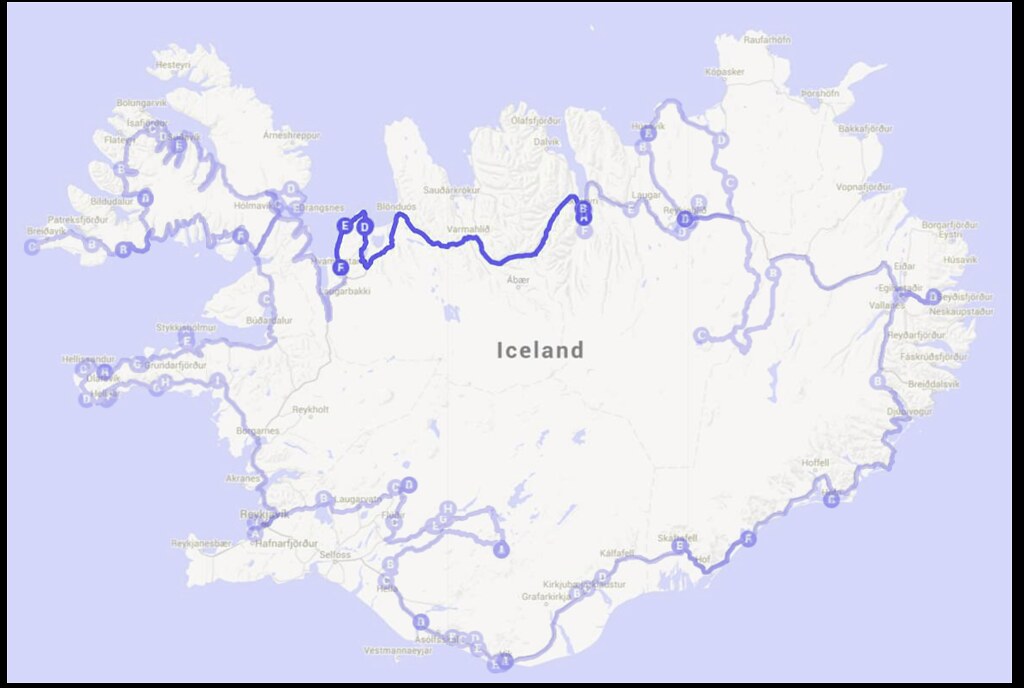 Hello, I'm back with Day 14 of our travelogue! We decided to do our laundry at Hamrar campsite in the morning because we were running out of clothes to wear. Since we had to wait for our clothes to be washed and dry - we head off back to Akureyri for breakfast.

On the previous travelogue, I mentioned that there a few farms with a lot of Icelandic horses along the road from Akureyri to Hamrar campsite (Route 831), and since we had time to spare, we stopped and took some photos of them and with them!

After having our fill taking photos with the horses, we continued on to Akureyri. We headed to Bakaríið við Brúna for breakfast - a bakery tucked between Dalsbraut and Gleráreyrum street. The small bakery was busy and crowded with locals when we reached there - I immediately knew I'm in for a treat when I saw all the locals there. The bakery has a wide selection of freshly baked loaves, pastries, sandwiches and cakes - it's so hard to decide on which one to order!

We ordered 3 pastries and a coffee to share, which cost us ISK 1,401 (€10.57 / SGD 15.82) - which was still quite reasonable in my opinion. The pastry on the top left was called a vinar, which contains pastry cream, chocolate and I think marzipan. The one in the middle is beikon, which means "bacon" in Icelandic, a puff pastry with bacon and cheese filling (you can never go wrong with that!). The one on the right is ástarpungar, which means “love ball" in Icelandic, a delicious deep-fried pastry with raisins in it. It's a little bit like donut (but without the hole) and we actually first ate it at Möðrudalur. Do give this a try as it's really good!

After breakfast, we head to Bónus supermarket to top up some groceries before heading back to the campsite to collect our clothes.

After collecting our dry laundry, we started our drive towards the seal-watching spot. After an 1-hour drive on Route 1, we stopped at Víðimýrarkirkja church for a few quick photos.

Víðimýrarkirkja church is one of the few preserved turf churches in Iceland dating back to 1834. Restored in 1936 by the National Museum of Iceland, it has a wood-frame construction with the outer walls and roof covered with turf.

We continued on towards the Vatnsnes peninsula by driving on Route 1, then turning onto Route 716 (gravel road) then Route 711 (gravel road too). It took us another 1.5-hour drive from Víðimýrarkirkja church (total 2.5 hours from Akureyri) before we reached a sightseeing place - Hvítserkur. After parking our car at the site, we walked down the trail to see a massive 15-metre tall monolith, a large, single upright block of stone. You can also hike down to the beach but we didn't.

Some says Hvítserkur looks like a dragon drinking water / rhino but when I was there, it looked like an elephant to me instead. Apparently the legend behind this rock is that a troll (named Hvítserkur) who wanted to tear down the bells at a convent got caught by daylight and turned into stone - sounds just like the Reynisdrangar we saw at Reynisfjara shore!

Illugastaðir seal-watching point is also a farm. The farm is closed from 1 May to 20 June (no access to the seal-watching point too) to protect the eider duck nesting. There is a parking lot at Illugastaðir and toilets near the start of the trail. The trail is easy (may be challenging if you are trying to avoid the sheep manure) and wheelchair friendly and along the way we saw some Icelandic sheep eating seaweed - I thought sheep only eat grass!

At the end of the trail (10 to 15 minutes walk) is a small hut with binoculars inside, provided by the farm owners I believe. You will need a zoom lens to be able to capture the seals as they are quite far away, not like those that we saw at Jökulsárlón Glacial Lagoon.

According to the Icelandic Seal Center website, it's best to visit the seal-watching place 2 hours before to 2 hours after low tide to see the largest number of seals sunbathing on the rocks and beaches or playing close to the coast.

We reached Hvammstangi after about a 30-minute drive from Illugastaðir. With only a population of about 580 people, the village was quite quiet. We didn't see many travellers, perhaps due to the ending summer season. We camped at Hvammstangi campsite (also known as Kirkjuhvammur) (65.402301, -20.929491) for the night, which was an extremely beautiful campground. 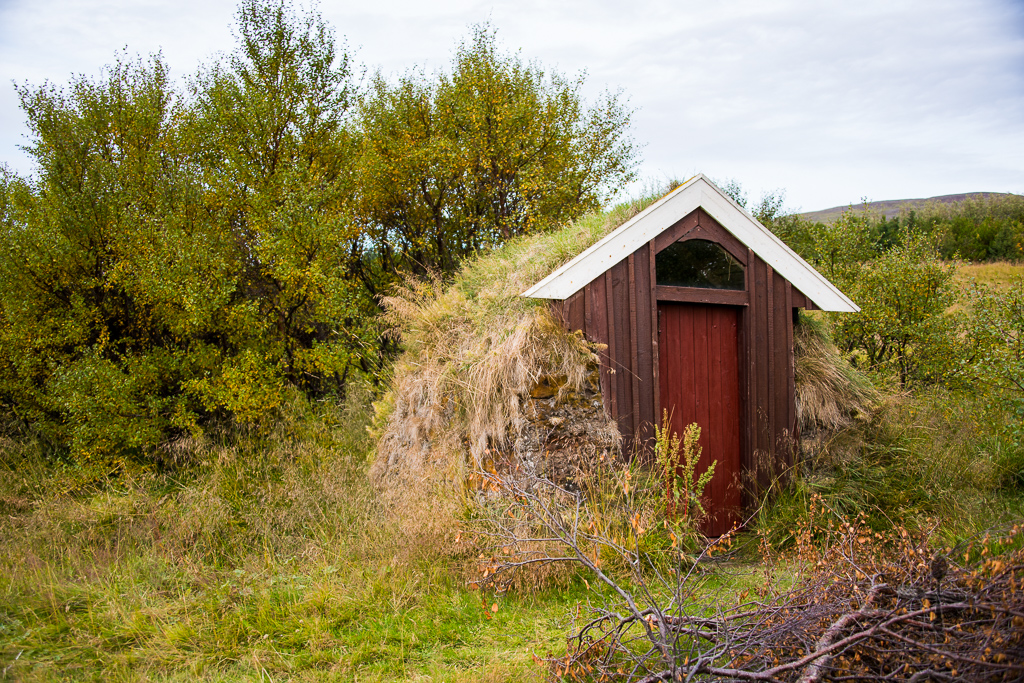 We explored behind the campground for a bit before dinner and it felt really nice walking through the greenery that is gradually turning yellow and orange.

On the left photo we played with a scarily high see-saw (X refused to let me down) while on the right I was trying my best to look good - I ditched my good-looking jacket some time back because it's getting too cold. I'd rather stay warm than look good and freeze!

I forgot to take photos of the campsite and the service house (as usual) but it was equipped with three toilets and two showers with free-flow hot water (all for mixed genders). The service house had plenty of tables and chairs inside with a tiny kitchen in the corner. Luckily there were only 3 couples (including us) staying there for the night so we didn't have to queue long to cook our food. The camping rates for 2016 is ISK 1,200 per person (€9 / SGD 13.56). Looking back, I'm glad that we decided to do our laundry at Hamrar campsite because the washer was down at Hvammstangi campsite!

The next day we start our drive to the Westfjords, a large peninsula in northwestern Iceland which has many things to offer. Stay tuned to upcoming travelogues!