Leaving Pompeii behind, we headed for Sorrento, a coastal town in south-eastern Italy, facing the Bay Naples. It is a popular tourist destination along the Amalfi coast. We reached there in the late afternoon and after putting down our bags in our BnB, off we go to explore this small but busy town!

Hauntingly beautiful, Deep Valley of the Mills is a group of abandoned buildings nestled in the deep valley floor smack right in the middle of Sorrento. The ruins include a flour mill, which remained in use until the early 20th century. 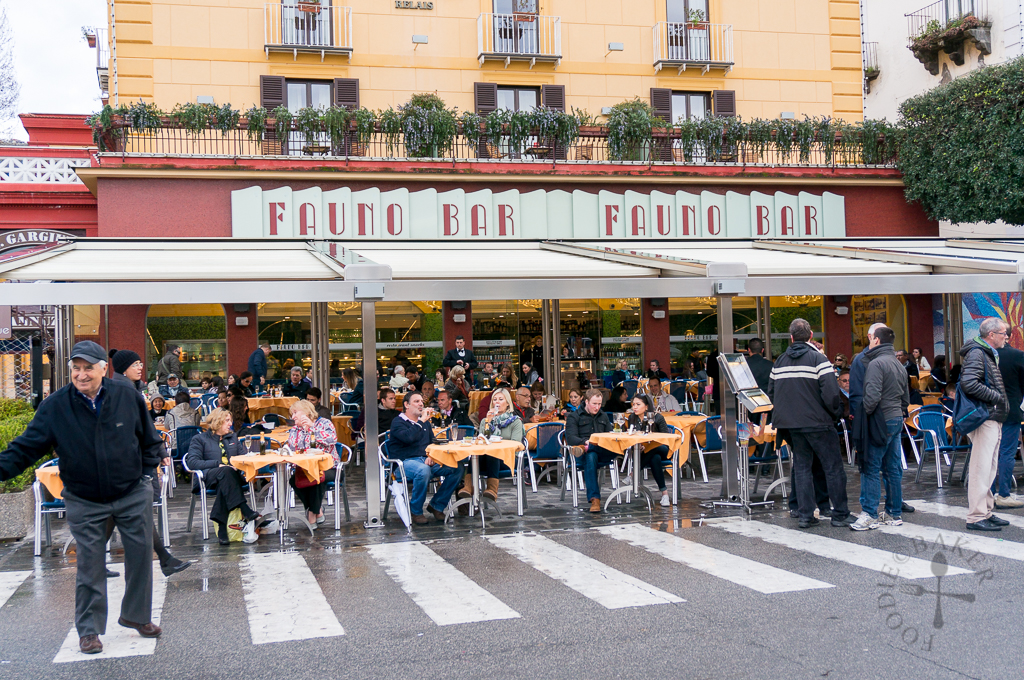 After viewing the creepy ruins, I decided it's time for some food - something would be terribly wrong if I didn't have dessert everyday when I'm on a holiday! Based on my research, Fauno Bar is one of the recommended places for a dessert, and it's definitely hard to miss it as it's located right on Piazza Tasso, the busiest main square in Sorrento. It is a great place to chill, relax, have a coffee (or beer), have a dessert and people-watch - but it did seem to me a tad too touristy.

If you only want coffee, you can simply head to the coffee bar and order a coffee.

Not knowing what it is, I chose this and it turned out to be a sponge cake with lemon cream and covered with whipped cream. It's light, creamy and delicious. We didn't try other pastries there as the next pasticceria became my official favourite! 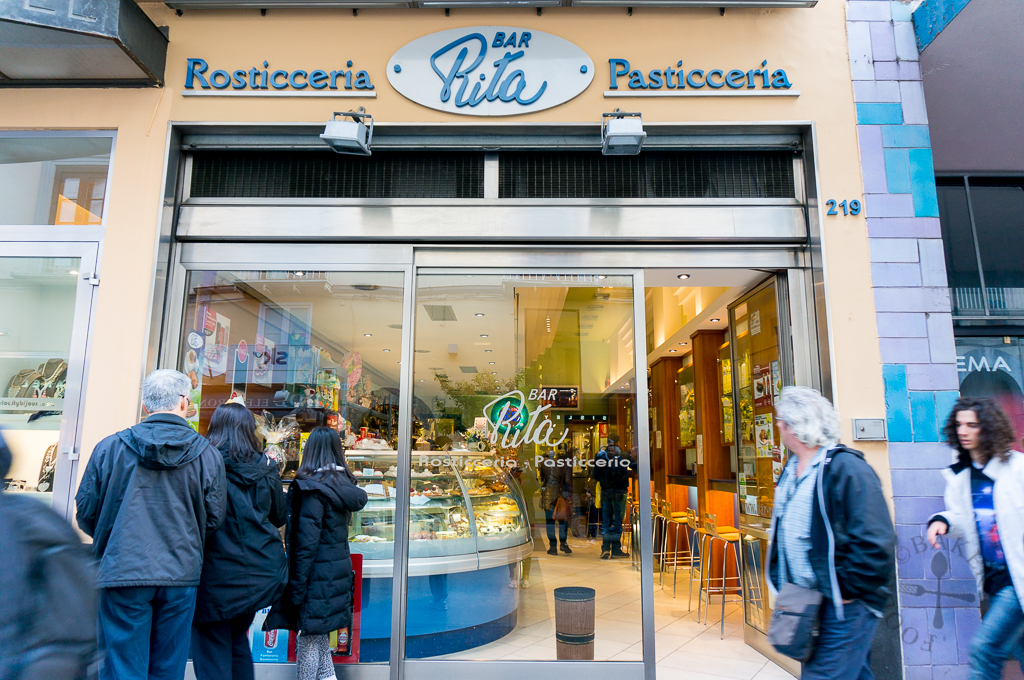 Bar Rita has been churning out delicious pastries for over 40 years. It's less crowded in the evening, but in the morning, it's packed with locals drinking their daily dose of coffee and ordering their pastries to takeaway. 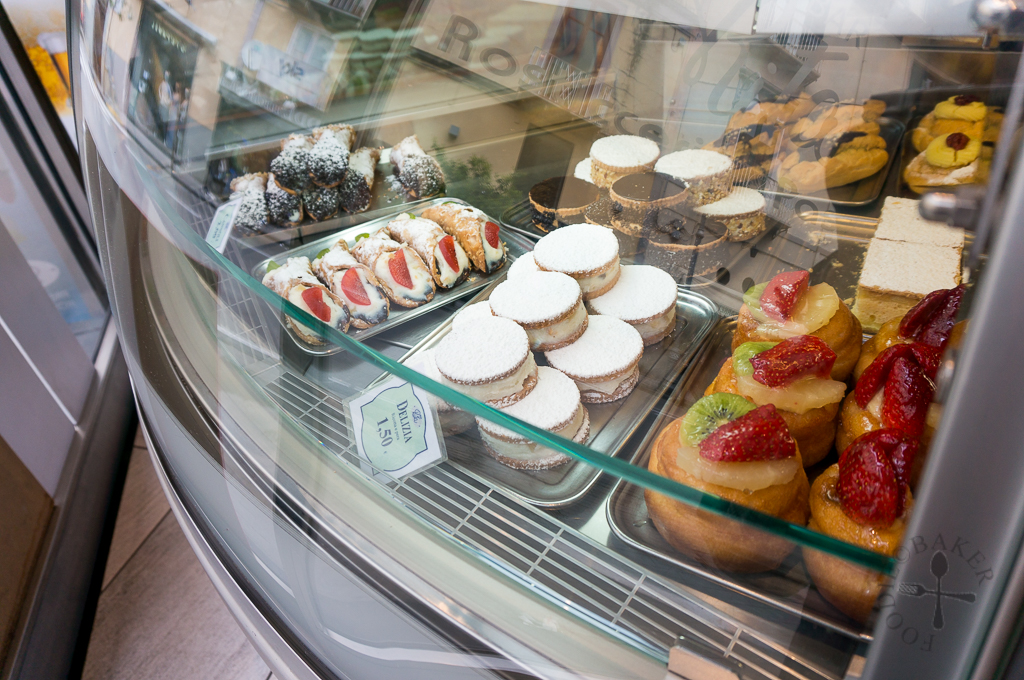 Their desserts are neatly stacked on trays so you can see what they have in one glance - all of them look so glossy and are simply begging me to take each and everyone of them home! The prices are also slightly cheaper than Fauno Bar's desserts by about €0.50. 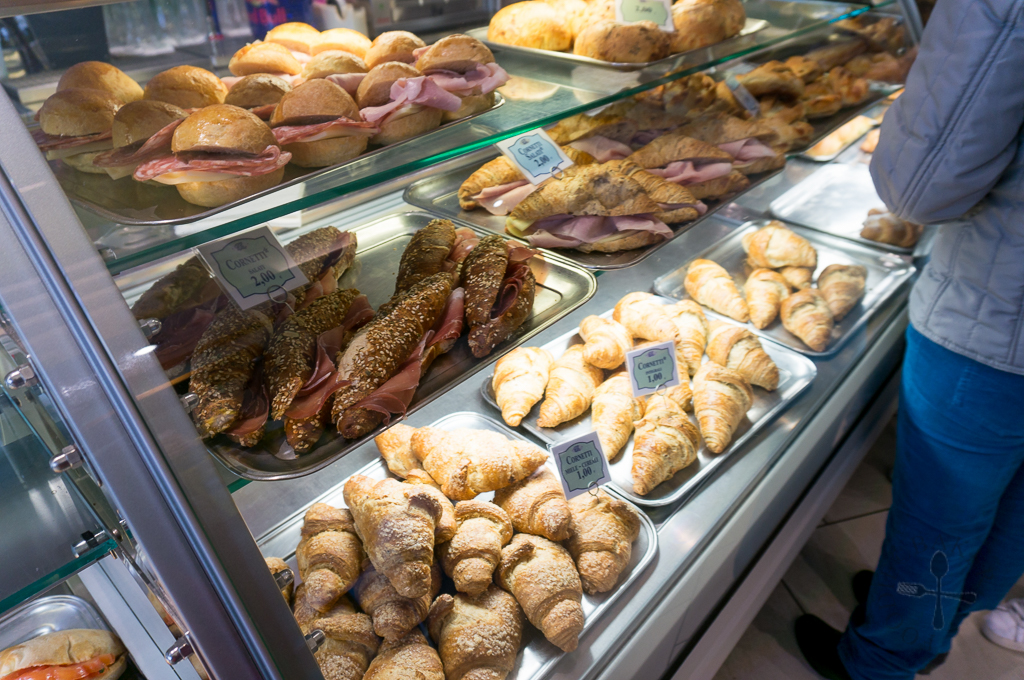 Besides sweets, they also have sandwiches - different types of bread with assorted fillings.

Even though I already know how to make tiramisu, it's different when you have one of these in Italy. It just magically feels many times more delicious than the one you make at home hah. It's not very boozy, but the coffee is wickedly good with a generous dusting of cocoa powder - delish! 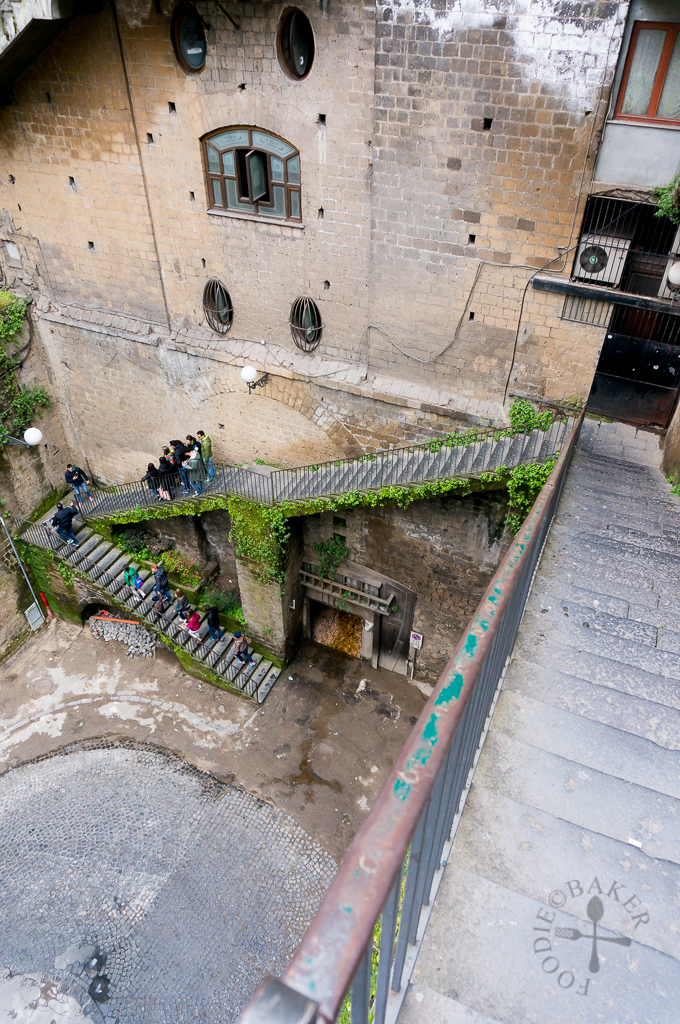 After satisfying my dose of dessert intake for the day, we walked to the port, which first involved a long flight of stairs down from Piazza Tasso. And yep, you have to climb this same flight of stairs up on the way back.

But don't worry, there's always another way to get to the port without walking down this flight of stairs. You can take the public transport, the sightseeing buses or sightseeing trains to reach the port - more information here. 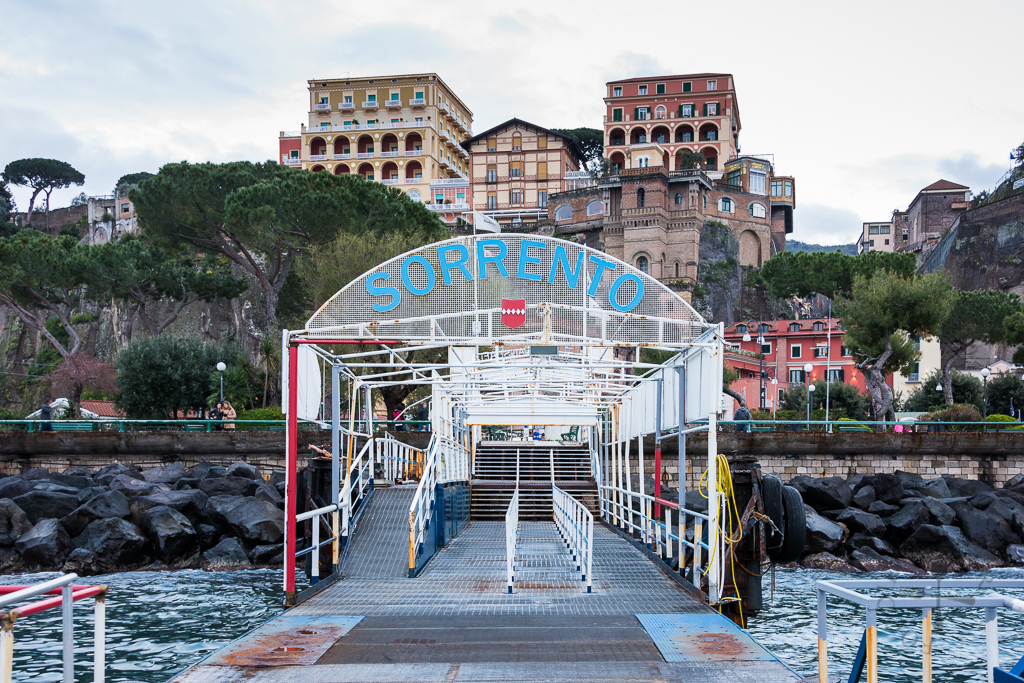 The port was quiet when we were there, so it's a really nice place to take a stroll (albeit it's a bit chilly in April). 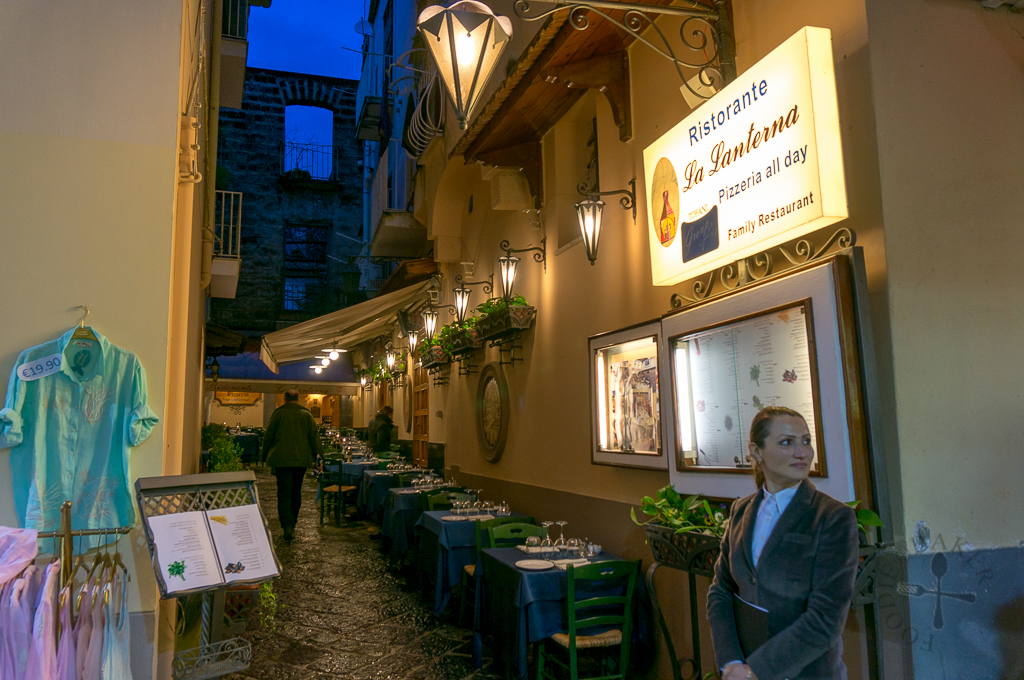 And to end of the day, we had dinner at La Lanterna, a restaurant tucked away on a corner street. 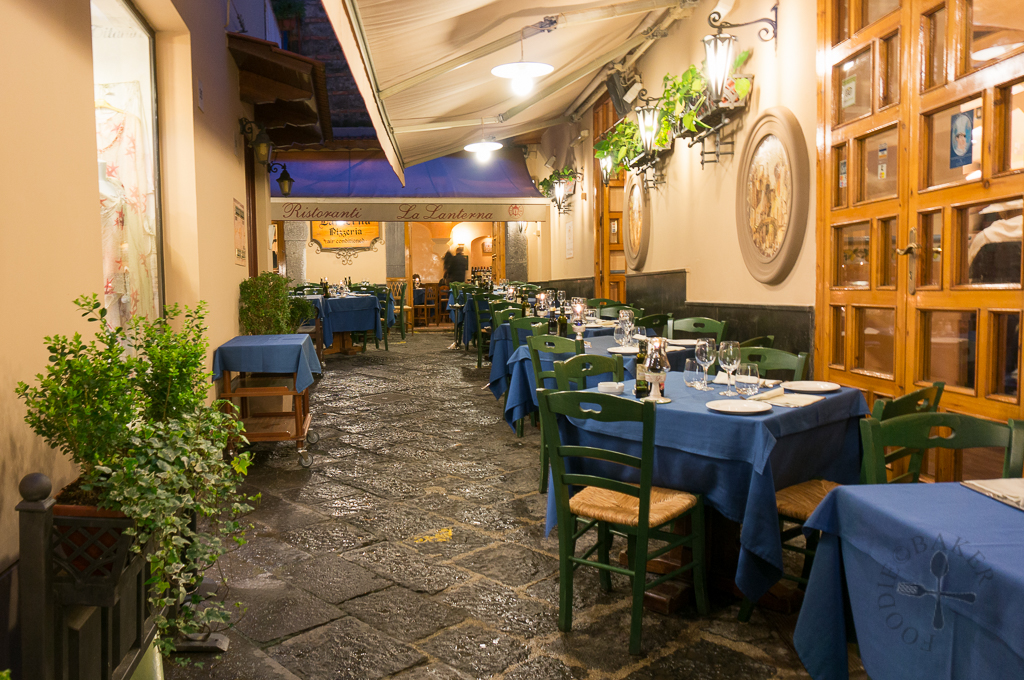 The restaurant was relatively empty when we reached, and we chose a seat inside the restaurant as it's a bit too chilly to sit outside. 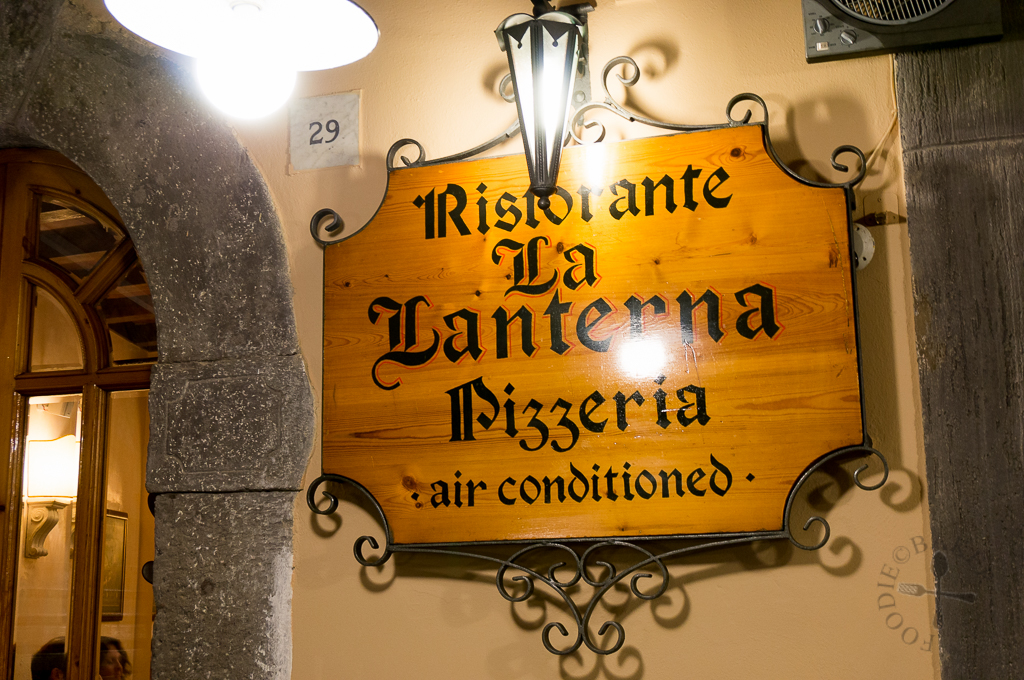 I've managed to take photos of the menu, so you can see them here, here, here and here.

We started off with a basket of bread, which offered a nice variety of bread - the one with bacon bits tasted pretty good. The caprese was simple and good but the portion was so huge that I had trouble finishing it. Then it started to go downhill: X's mushroom soup tasted like cream and water with mushrooms almost non-existent. The mains were average at best, which was a disappointment as we could have a better meal at a pizzeria (and cheaper too). Maybe we ordered the wrong dish because the reviews on TripAdvisor were mainly positive. I will not post the address here as I'm not recommending this restaurant - I think there are better ones out there.

Thankfully, we had a superb meal the next day - and that will be on the next travelogue!