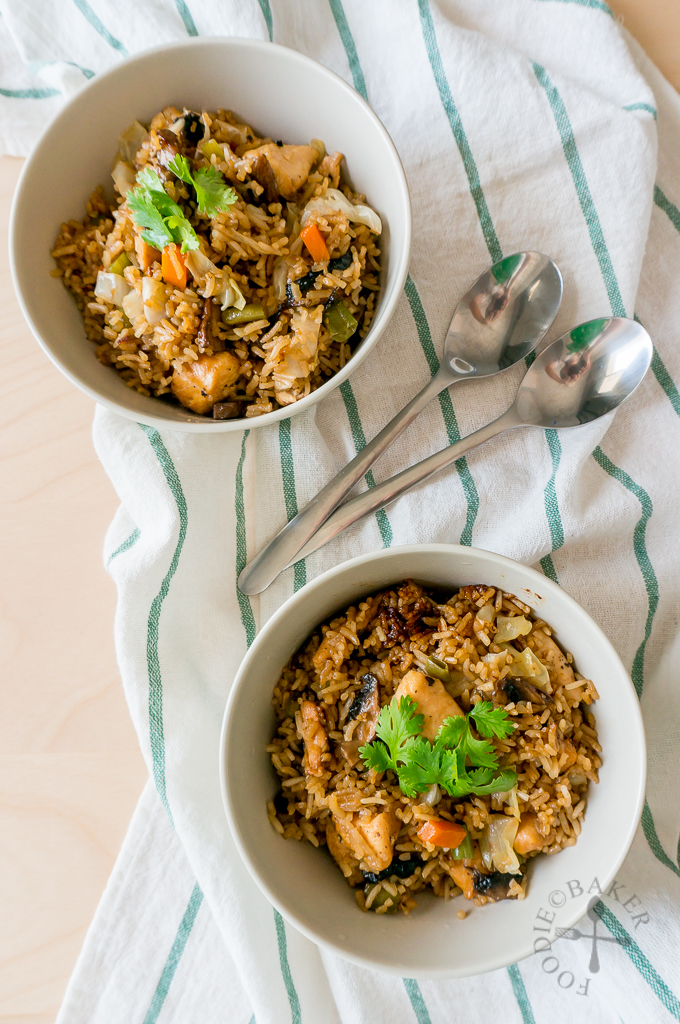 If your family owns a rice cooker, then your mom may have made this one-pot throw-everything-in Kiam Peng before.

Kiam Peng is a term in Hokkien, which literally translates to Salty Rice. It is made by combining uncooked rice, meat, vegetables and seasoning like soy sauce, sesame oil and oyster sauce in a rice cooker pot and then let the rice cooker do the job. 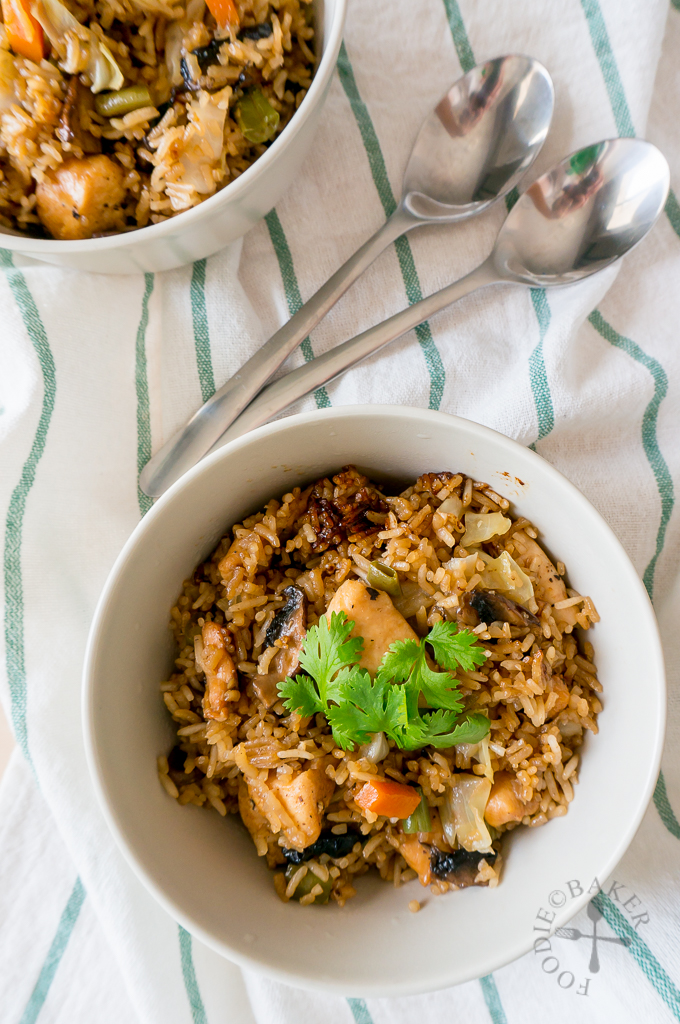 P.S. This is a scheduled post as I've jetted off to my next holiday destination for 3 weeks! I've scheduled several more posts for the next few weeks so do subscribe to the mailing list, or follow my Facebook Page so that you will never miss a recipe or travelogue! Thank you for visiting and leaving behind sweet comments! Do follow me at Instagram (@foodiebaker) to see where I am what I am up to! (I swear I am not up to no good!)

The meat can be chicken, pork, ham, luncheon meat, lup cheong (a dried, smoky, sweet and salty pork sausage) or salted fish while the vegetables can be carrots, cabbage, long beans, corn, peas, mushrooms etc - the variations are endless! The only thing to take note is to add slightly lesser water than stipulated by the rice cooker so that the rice is cooked but not mushy.

My mom prepares her Kiam Peng with chopped chicken drumsticks, long beans and lup cheong, and I would always tell her to cook more because without fail, I would scoop a double serving for dinner that night. Yum!

For my version of Kiam Peng, I wanted to throw in whatever I could find in my refrigerator - hence you are seeing cabbage, mushrooms, French beans and carrots popping up. Boneless chicken thighs are used so that X will not complain about having to pick out the bones and I've also did some sautéing first to add more flavour to the rice. 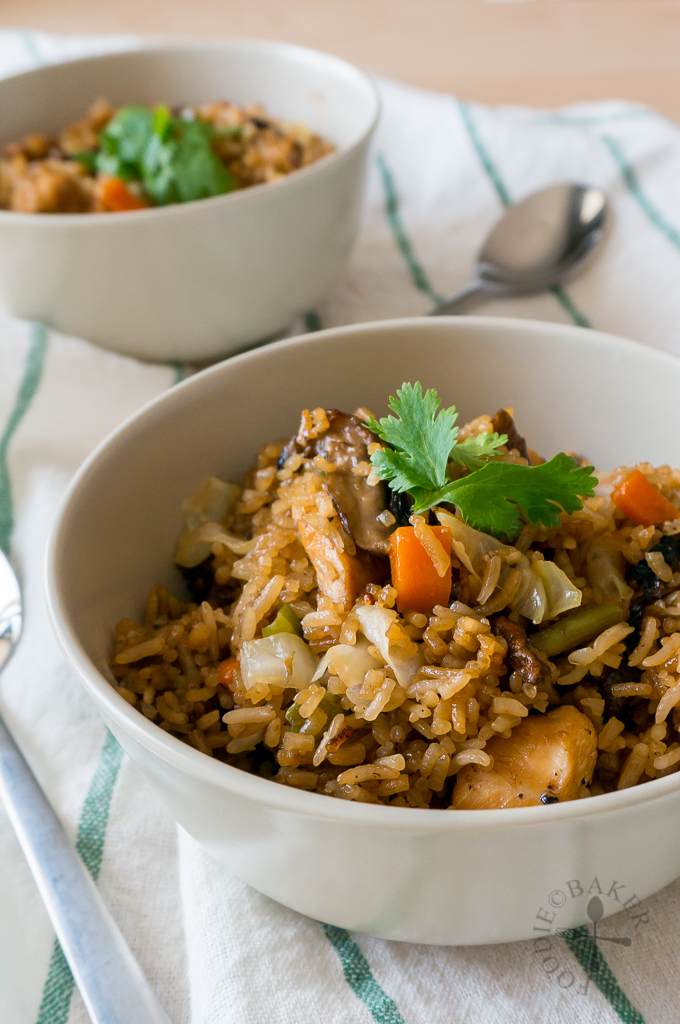 During my first attempt, the rice was added to the frying pan to coat with the oil then transferred into the rice cooker, but it made it difficult to measure the amount of water required to cook the rice. So the second time I made this, I measured the rice into the rice cooker, rinsed it and added slightly lesser water stipulated by the marking on the rice cooker, then added everything else in. It tasted equally delicious and it's so much easier!

This recipe is actually a lot more detailed than the chicken rice recipe I posted previously as I did went to weigh and measure the ingredients in cups, but there's actually no need to be so specific as the recipe is extremely forgiving. Except for the onion and garlic (and maybe ginger if you can find it easily) which are a must, the rest of the vegetables can be swapped in and out to your liking.

As usual, I had to make a double portion for the two of us because of my rice cooker. The leftovers are refrigerated and heated up the next day. If you spread the rice in a single layer and cook, stirring minimally, the bottom crisps up, just like the bottom of claypot rice!

So do give this recipe a try, and tell me what is your version of Kiam Peng! 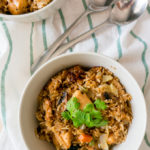 - If you want to make it a weekday meal, chop the vegetables the day before (as this is the most time-consuming task) and store, covered, in the refrigerator.
Tried this recipe?Mention @foodiebaker or tag #foodiebaker!