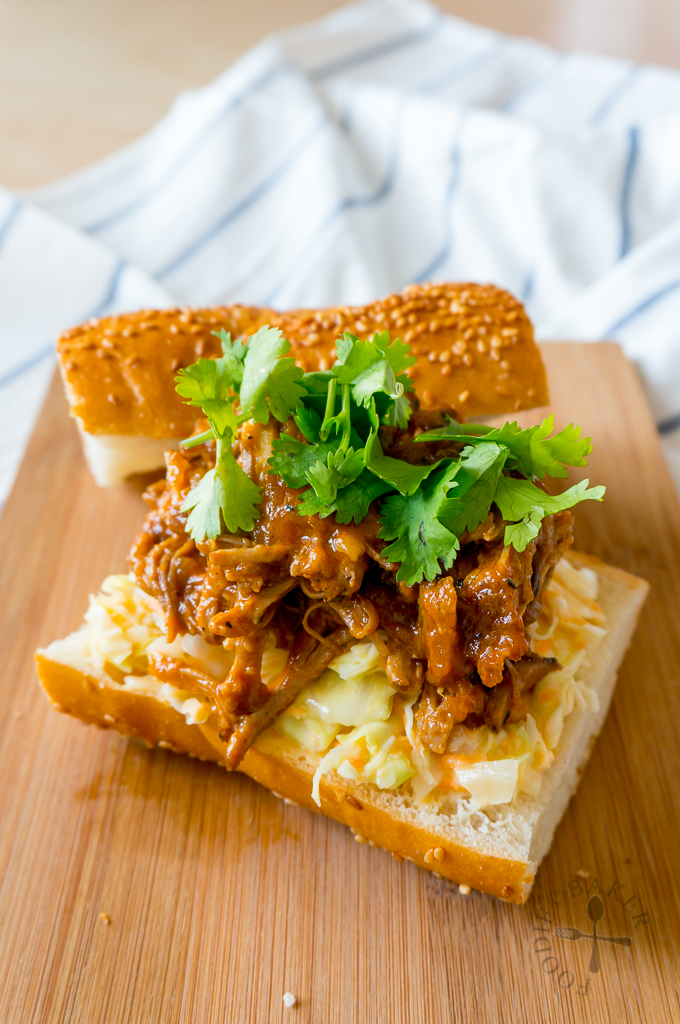 Last week, my friends and I whipped up a "KFC" meal - we soaked the chicken pieces in buttermilk brine, seasoned them with 11 different spices and herbs before deep-frying and baking them. The fried chicken were served with mashed potatoes (made with real potatoes and not those disgusting instant powder kinds), coleslaw and cheese fries. Except for the fries which were frozen, everything else (including the cheese sauce) were made from scratch! The whole meal was incredibly delicious and satisfying - but we made a tad too much of everything so I had to think of something to use up the leftover coleslaw - and BBQ pulled pork and toasted bread seemed just like the perfect answer. 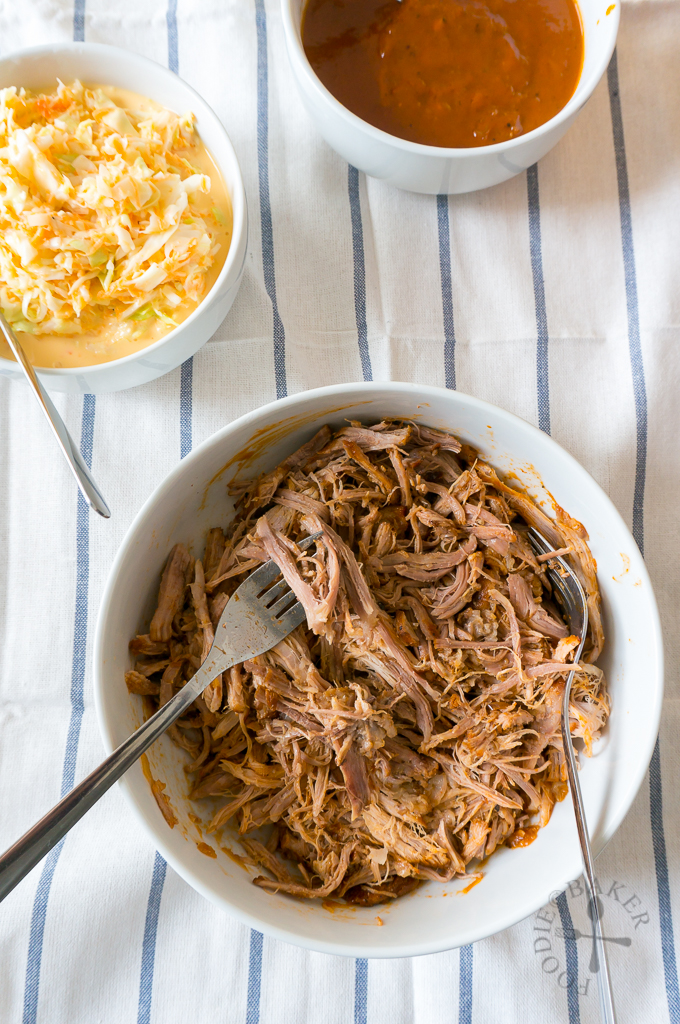 Most pulled pork recipes call for cooking the pork for hours in the oven, but I didn't have that much time and I don't own an oven-proof pot (yet), so the only way that I can cook it is on the stove-top. I chanced upon a BBQ pulled pork recipe on Nigella's website (a community recipe, not by Nigella herself) and just by looking at the list of ingredients, somehow I knew that it'd taste good.

I made some changes to the recipe - the pork shoulder was first seared, more onion and garlic were used and some ingredients were left out or swapped. It's still very easy because everything is cooked in one pot. Because the pork is cooked on a stove top, the cooking time was reduced to 3 hours (instead of the supposed 8 or 10 hours), though I needed to keep a closer eye on the pork to make sure the sauce did not dry out during cooking. I bought a loaf instead of burger buns to go with the pulled pork as the loaf was freshly made by the supermarket bakery. 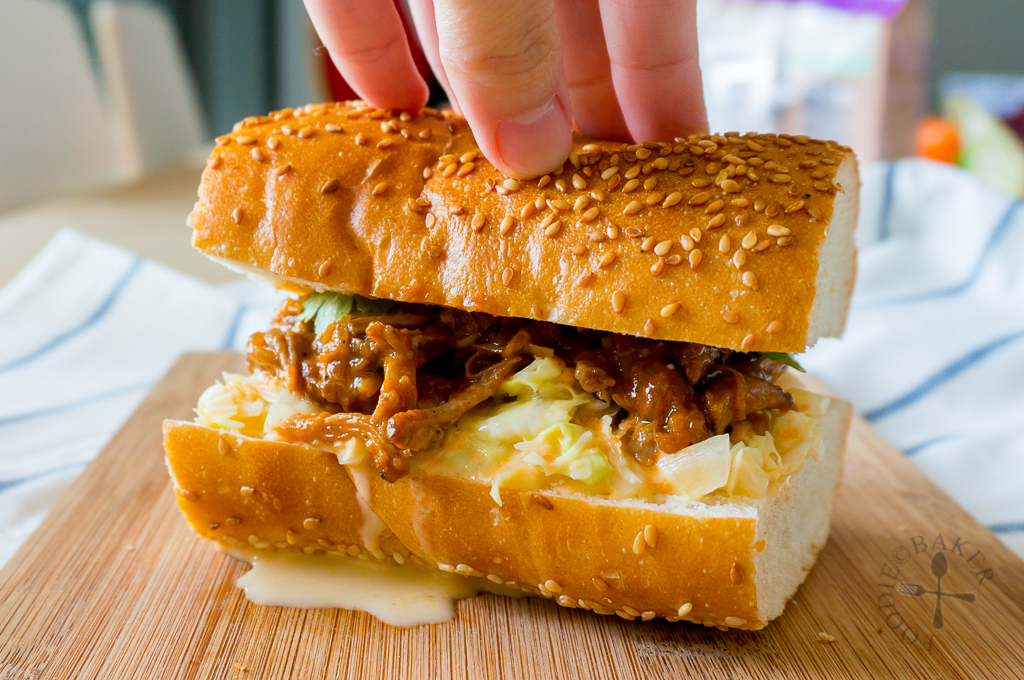 We absolutely love, love, love the combination of tender pulled pork, the sweet, salty and spicy BBQ sauce, crunchy and slightly tangy coleslaw and the crusty and soft bread loaf. X even requested for seconds after finishing his sandwich (to which I was very happy to oblige). We had some leftover pulled pork and BBQ sauce (as this recipe makes enough for 4 people), which I used to whip up a pasta dish the next day (an idea for you if you think you will have leftovers). And here's how to make the pulled pork!

- To make the Creamy Pulled Pork Pasta: Sauté ½ onion (minced) and 2 cloves garlic (minced) until fragrant, add in a large handful of fresh mushrooms and cook until softened then add in shredded pulled pork and BBQ sauce to heat up. Add in ½ cup cream and bring to a simmer. Season to taste with salt and black pepper then stir in al dente pasta. (Serves 2) - Adapted from Nigella.com Community Recipe
Tried this recipe?Mention @foodiebaker or tag #foodiebaker! 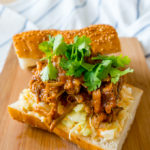 - Adapted from Food.com
Tried this recipe?Mention @foodiebaker or tag #foodiebaker!