I love potatoes, whether they are baked, fried, boiled, steamed, stewed or grilled - all are my favourite! This particular dish is one that my mom prepares often - it's a very quick and easy potato stew with minced pork that can be made in less than 30 minutes. When I was younger, I would drizzle the salty and slightly starchy dark sauce over my rice or porridge, pile on the potatoes and minced pork and ate it all up with gusto - double the carbohydrates, double the comfort!

As I grow older, I left out the rice and eat it on its own as I'm watching my weight. And now that I'm thousands of miles away from my mom, I have to make this comfort food by myself, which I guess it's a good thing, otherwise this recipe won't appear on the blog so soon heh. 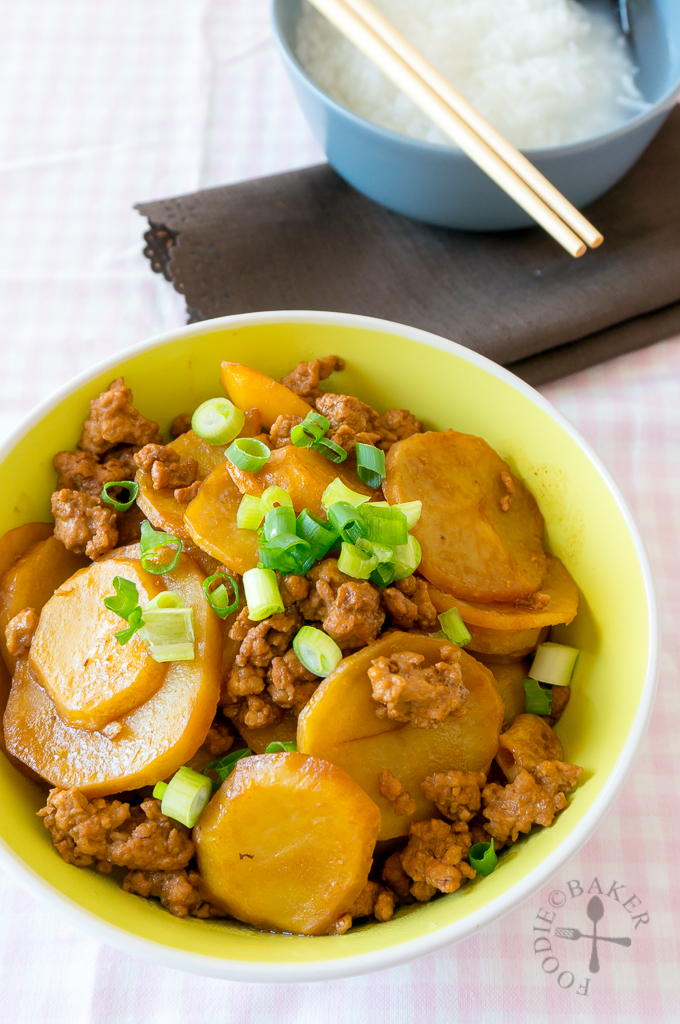 My mom prefers using waxy potatoes instead of starchy ones because of its texture and its ability to hold its shape and stay firm after the frying and stewing. I've tried with both waxy and starchy ones and found that starchy potatoes indeed tend to break apart easily towards the end (especially if I'm too violent with the stew). But other than that, I felt that both types of potatoes taste equally good, so I guess it's a matter of personal preference.

I'm not sure why my mom fry the potato slices in oil before stewing, but I'm guessing it's to partially cook the potato and to allow the exterior to firm up so that it doesn't break apart so easily.

My mom likes to keep the seasoning simple, so there's no oyster sauce or other fanciful sauces, just simple seasoning that can be found in all Chinese families' pantries. I remember she didn't even use sesame oil to marinate the pork, but since I love the taste of sesame oil, I added a little bit into the dish. 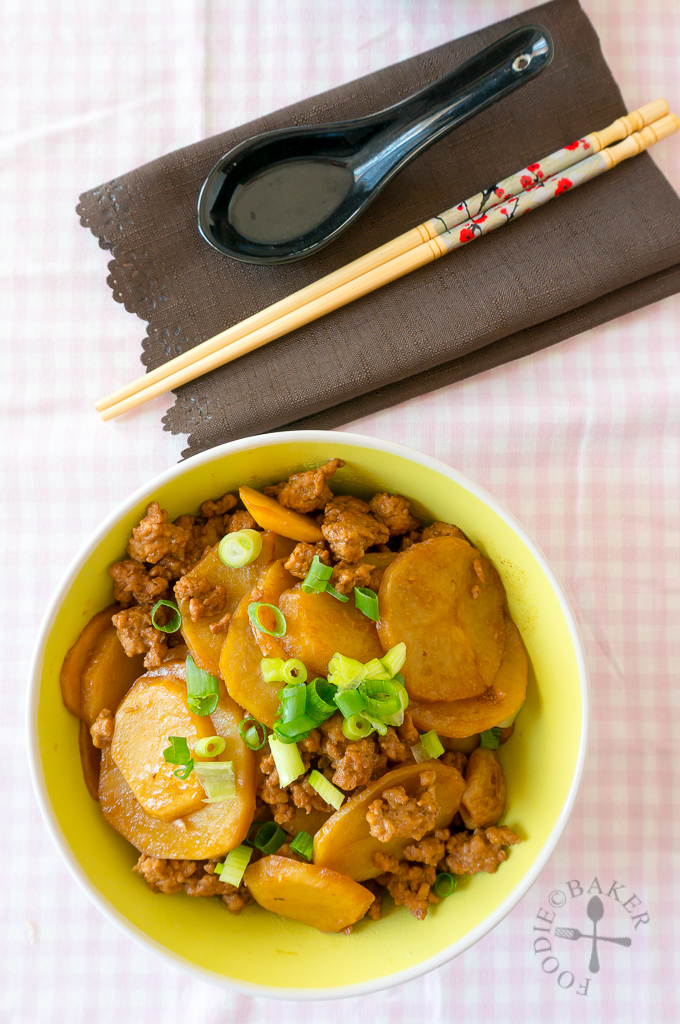 And as we all know, there is no such thing as detailed recipes for parents and grandparents. They've been cooking for so long that they no longer need this thing called tablespoon - they simply splash in a bit of this and dollop in a bit of that. So after a few attempts and play around with the seasoning, here is my best replica of my mom's potato and minced pork stew! 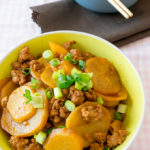