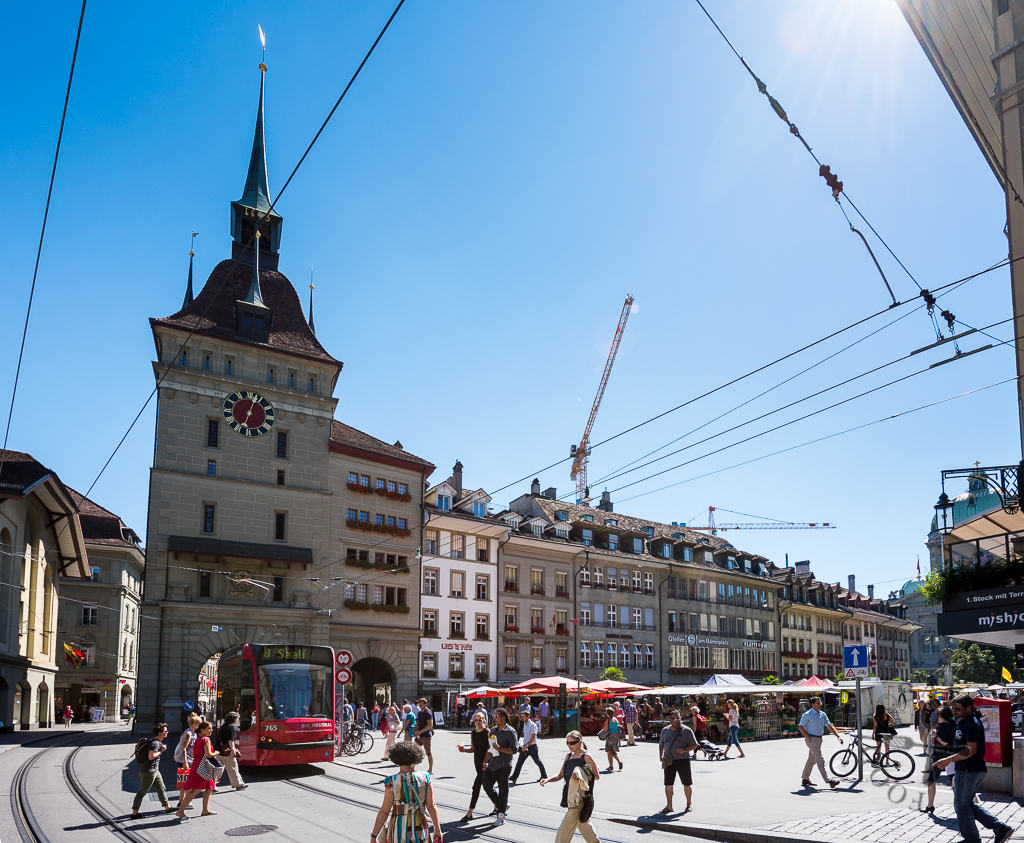 Do you know what is the capital of Switzerland? To be honest, I didn’t know it too (I’d always thought it’s Zurich) until I reached Bern. Bern is a charming city that is the 4th most populous city in Switzerland, with a population of about 140,000. We arrived in Bern in the late morning via train and we couldn’t ask for better weather! Here are what we did/saw in Bern!

The medieval tower in the first photo, Käfigturm, was originally a fortified tower constructed in 1256. After a huge fire in 1405, the tower was used to hold prisoners for the first time. The original tower was torn down and replaced in 1644. Today, the tower is a government archive for Bern and now holds exhibitions and events relating to political issues. 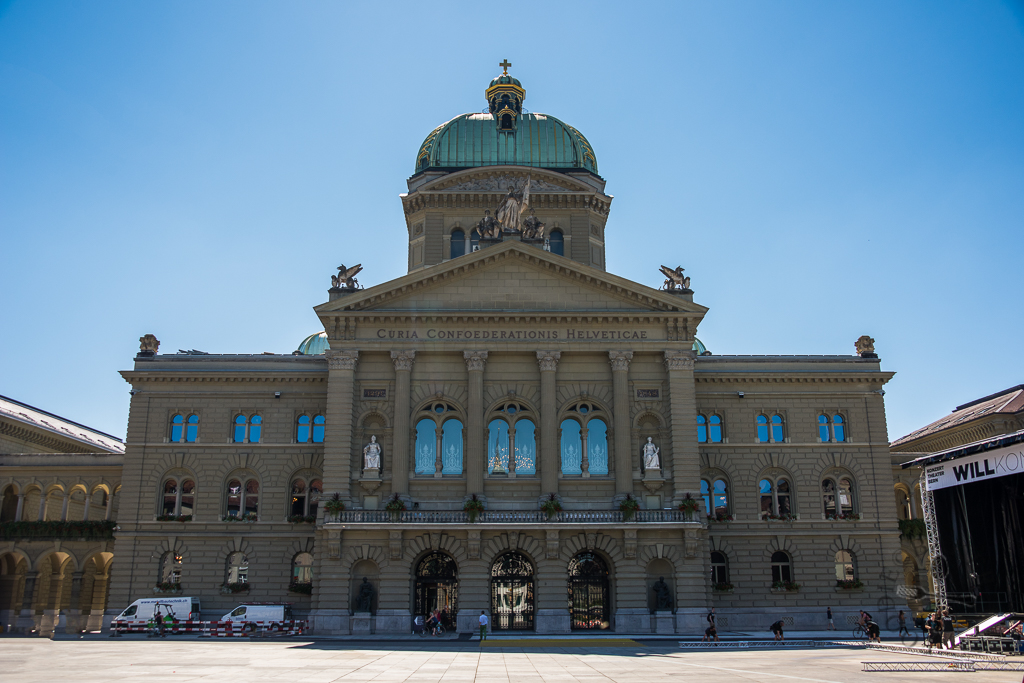 The Federal Palace houses Switzerland’s  Federal Assembly (legislature) and the Federal Council (executive). The massive building consists of 3 parts – West wing that was constructed from 1852 to 1857, East wing from 1888 to 1892, and the Central wing from 1894 to 1902. It’s interesting to know that visitors can sit in parliamentary debates and votes for free to get any government news first-hand! Even when there is no debate, there are also free guided tours offered daily (except Sundays) in different languages. 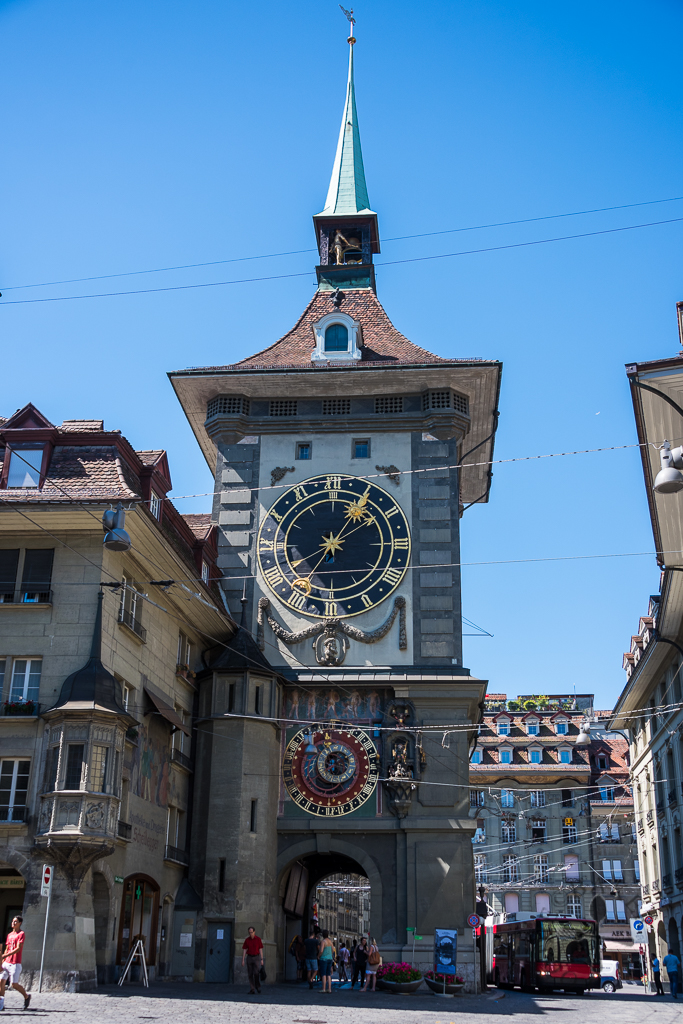 Zytglogge tower is a popular landmark in Bern with a rich history – originally a western fortification gate built from 1191 to 1256, it was converted into a women’s prison at around 1344, which was then burnt down completely in 1405. After the fire, a 1.4-ton bell was installed in the same year, giving the tower its name “Zytglogge”, which means “time bell” in Bernese German. Over the years, the tower was gradually restored, with the current clock mechanism installed in 1530. The astronomical clock is truly a masterpiece – it tells the time of the day, the month and date, the time of sunrise and sunset, the sign of the zodiac, and even what stage the moon is at! 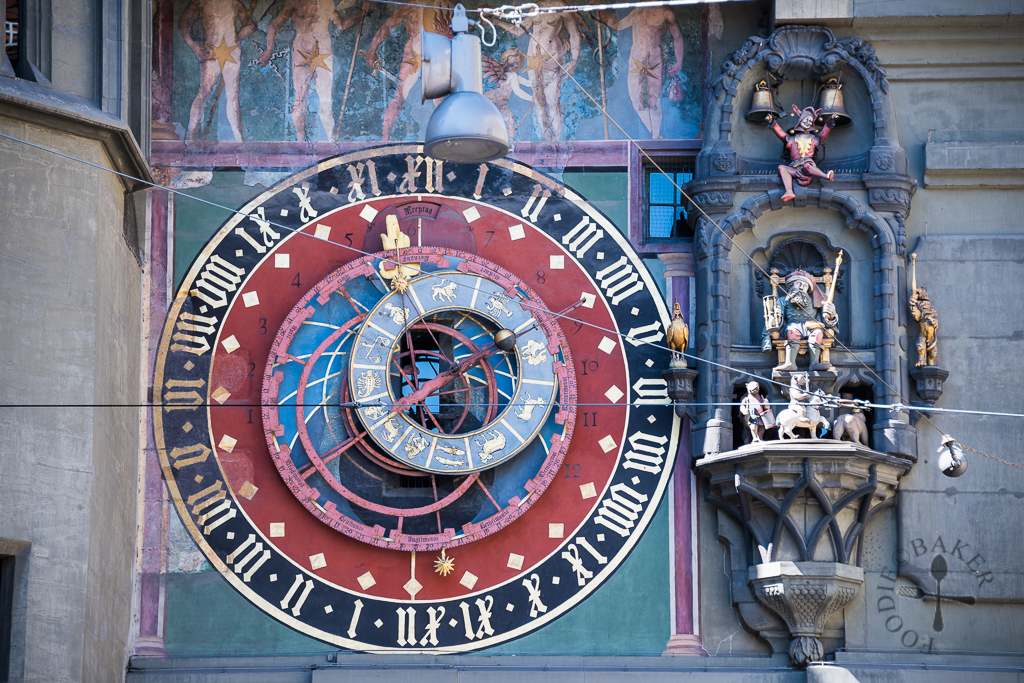 Together with other travellers, we gathered under the clock minutes before the hour, waiting eagerly for the performance of the figurines next to the clock face. Disappointingly, the figurines did not move when the clock chimed (or maybe they did move but it was so unnoticeable). Nevertheless, it’s interesting to see this ancient clock at work! 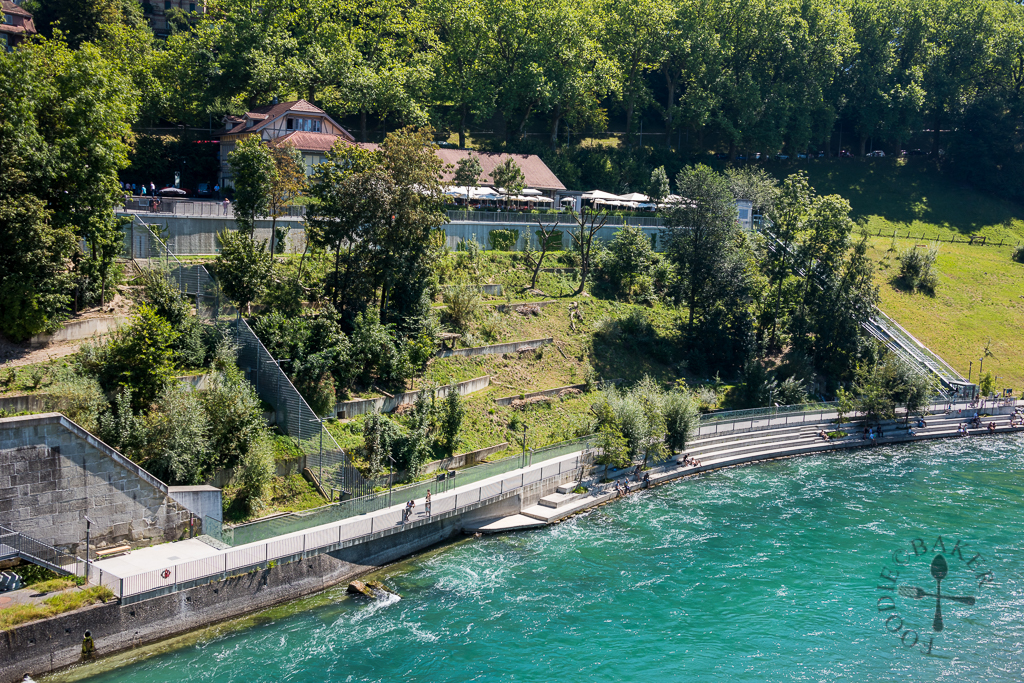 The Bärengraben is a free tourist attraction that houses 2 brown bears. The park is not big but it can be quite hard to spot the bears, especially when they are hiding in the shade. We were lucky and saw one of the bears roaming around looking for food. 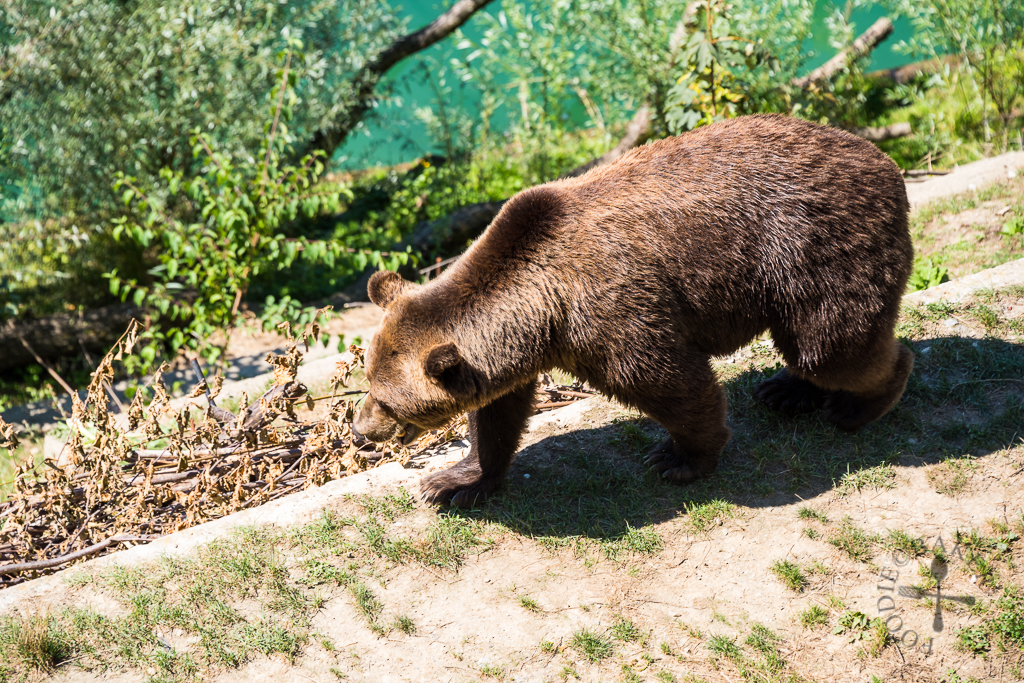 Near the Bärengraben there’s also a Swiss Brand Museum, a free, new museum opened in April 2015. This interesting museum displays many popular brand products that originate from Switzerland, such as Nescafé and Swatch, which was a joy to learn the history of these iconic brands (and to relive some childhood memories!)

The Unusual Fountains of Bern 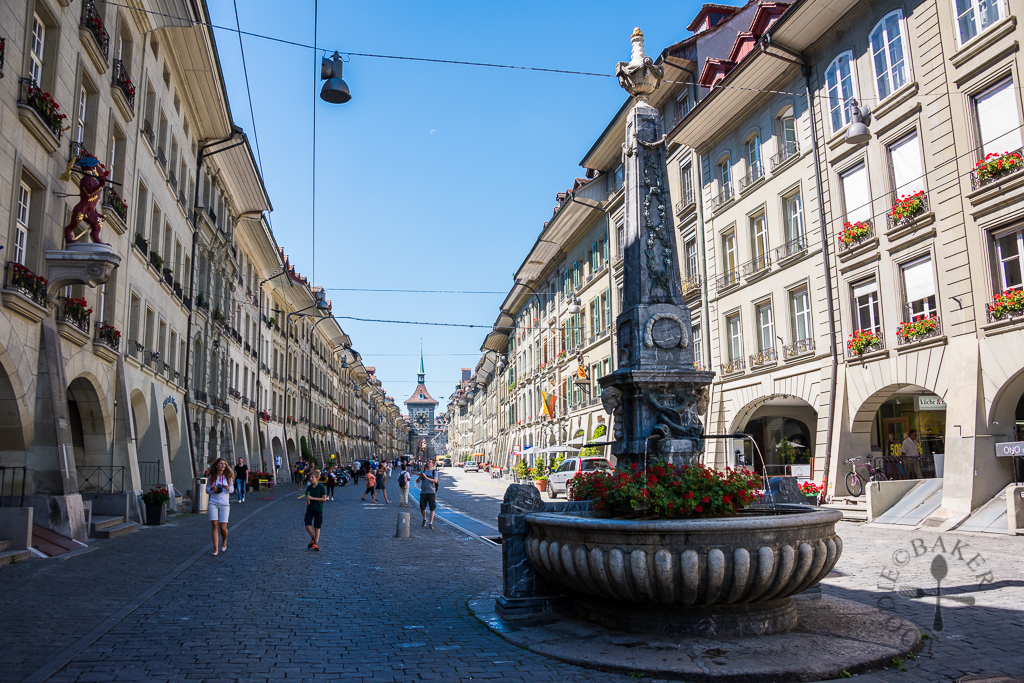 There are more than 100 fountains in Bern and in most of them, there will be a statue erected right on top. Some of these statues can be really interesting (or really weird) – like the one depicting an ogre devouring children. We didn’t hunt down all the statues in Bern, but instead fill up on the refreshing and cooling water – remember that fountain water and tap water is absolutely drinkable in Switzerland! (See here for more tips on Switzerland!)

Taking a Dip in Aare River 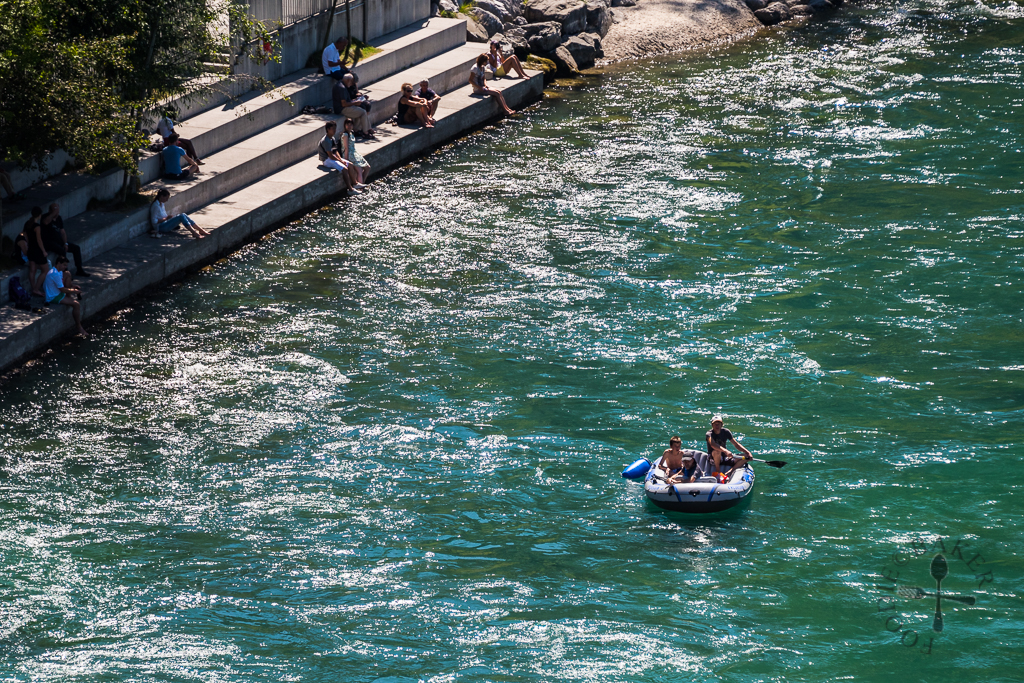 No… not us, but the locals! The Aare river is the longest, wholly Switzerland river. It originates from the glacier in the Bernese Alps, flows through several lakes and passes through a few towns – including Bern – until it reaches Rhine at Koblenz in North-Western Switzerland. We saw many locals swimming or rowing boats down the river – given that it’s a hot summer day, the river is the best way to cool down! 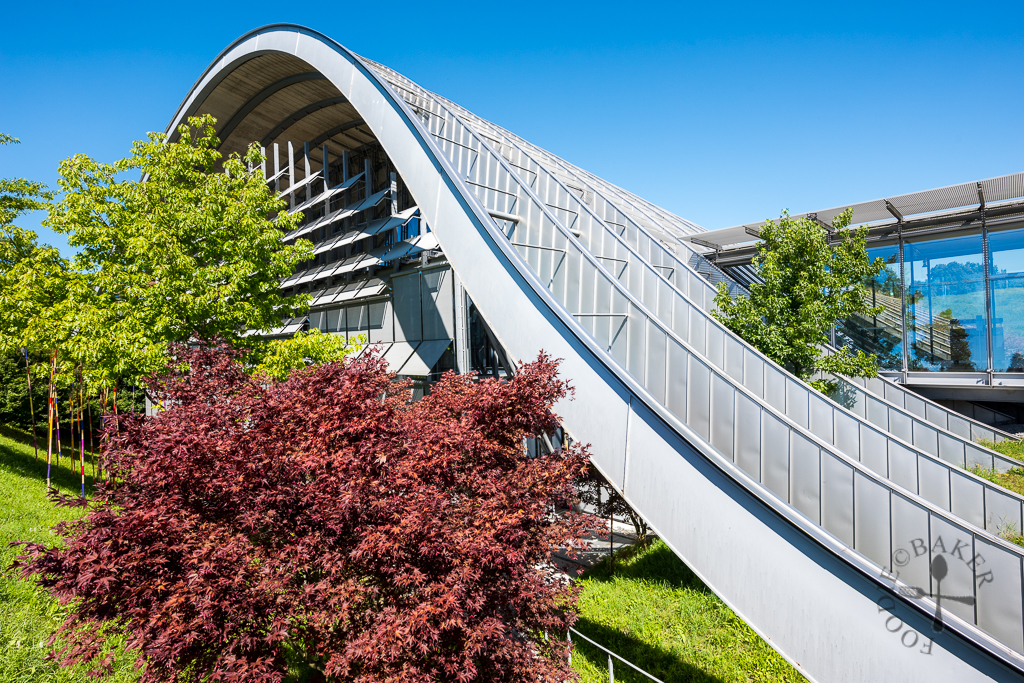 Zentrum Paul Klee is a museum dedicated to the artist Paul Klee, to see an impressive modern architecture. Designed by Italian architect Renzo Piano, the wave-like museum houses over 4,000 of Paul Klee’s works and contains the most extensive monographic collections in the world. The museum is situated a little out of Bern and requires taking Bus No. 12 to reach there – but if you purchased the Swiss Travel Pass, the bus ride and entrance to the museum is free of charge!

Strolling Through the Old Town of Bern 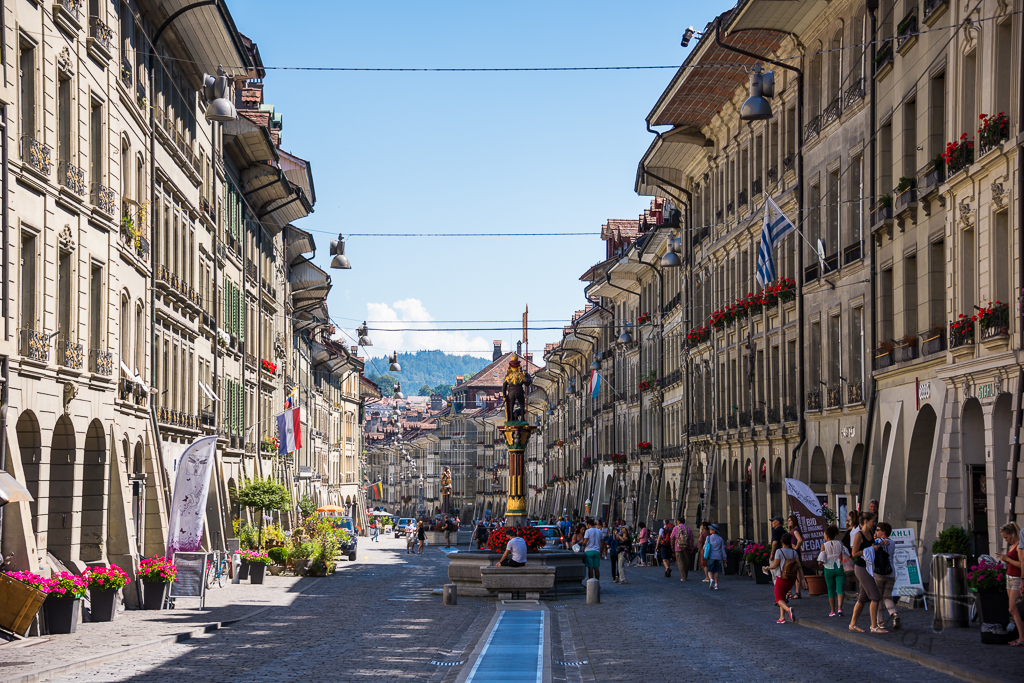 Due to its compact and generally intact medieval core, the old town of Bern is an UNESCO World Heritage Site since 1983. Strolling through the old town on the cobbled paths and admiring the old buildings and facades is a fantastic way to pass some time. Together with 6 kilometres of shopping arcades, it’s hard not to spend some money too 😉 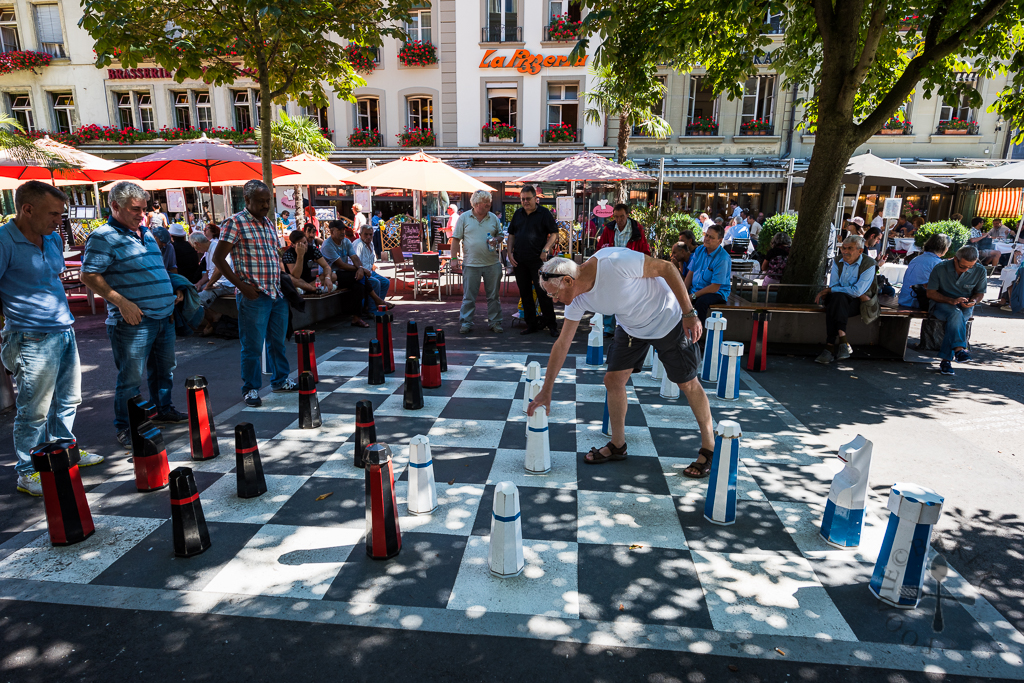 Watching a chess game with the locals 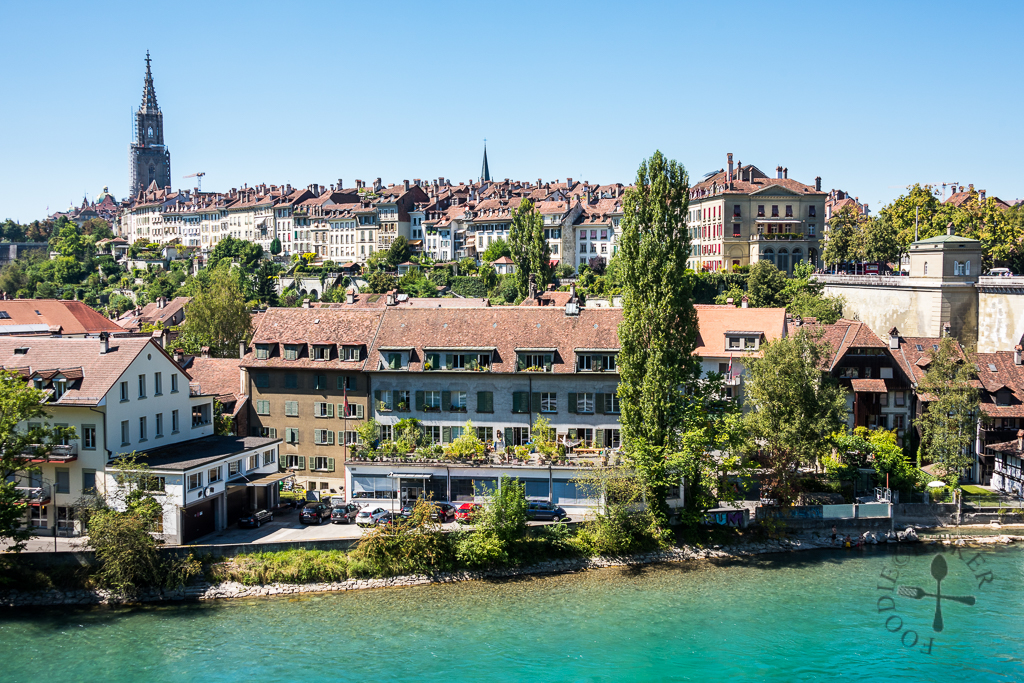 And that’s it for Bern! Bern is easily accessible via trains from everywhere in Switzerland so I won’t elaborate more on how to get there. We visited Bern as a day trip which I think is sufficient as Bern is quite small.  Next travelogue is now up!