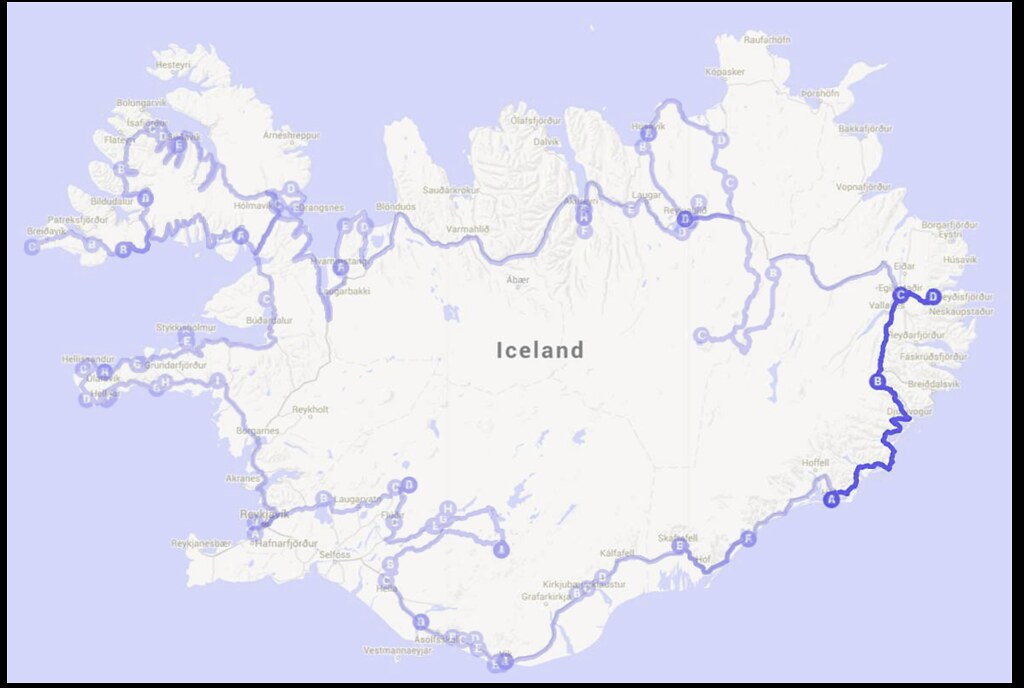 We woke up on Day 10 to raindrops falling on our KukuCamper car - the weather forecast had forecasted 100% rain for the whole day! We originally wanted to visit Stokksnes, one of the first settlement farms in Iceland, but due to the bad weather, we had to give it a miss. Thankfully for the rest of the day we would mostly be on the road to our next destination so our plans would not be affected much. After our breakfast and some packing up, we started our 3-hour drive towards Seyðisfjörður.

P.S. This is a scheduled post as I'm currently away on holiday! (Oh dear, I haven't even finish blogging about Iceland and now I'm already on another trip!) Thank you for visiting and leaving behind sweet comments! My apologies as I won't be able to visit your blogs during this period. Do follow me at Instagram (@foodiebaker) to see what I am up to in Turkey!

We drove along the coast on Route 1 - the views would have been absolutely amazing if not for the wet weather. We passed by several waterfalls along the way but didn't stop to take photos of them because rain and cameras just aren't the best of friends. At around noon, we reached a fork on the road - one continuing on to Route 1, the other to Route 939 which cut through Öxi. We took Route 939 despite it's a gravel road as it will shorten our driving time. As X drove along Route 939, we spotted a beautiful waterfall and the rain became just a drizzle, so time to stop for some photos!

Leaving Öxifoss behind, we continued onto Route 939 - the road was winding and became an incline, and as we climb, the visibility began to drop - I'm not sure if it's clouds or fog but it reminded me of Genting Highlands. Thankfully I'm not the one driving! The highest we reached was about 530 metres above sea level. 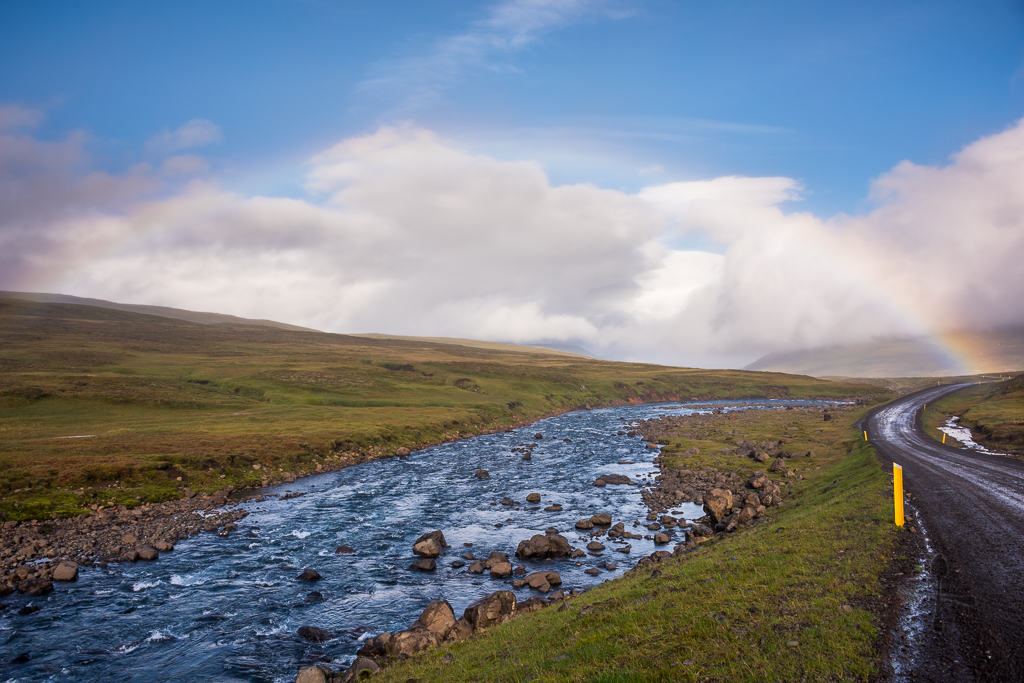 After we reached the peak and started to descend the hill, the rain stopped and we were "rewarded" with blue skies and a stunning rainbow - so of course we had to stop again for some photos! 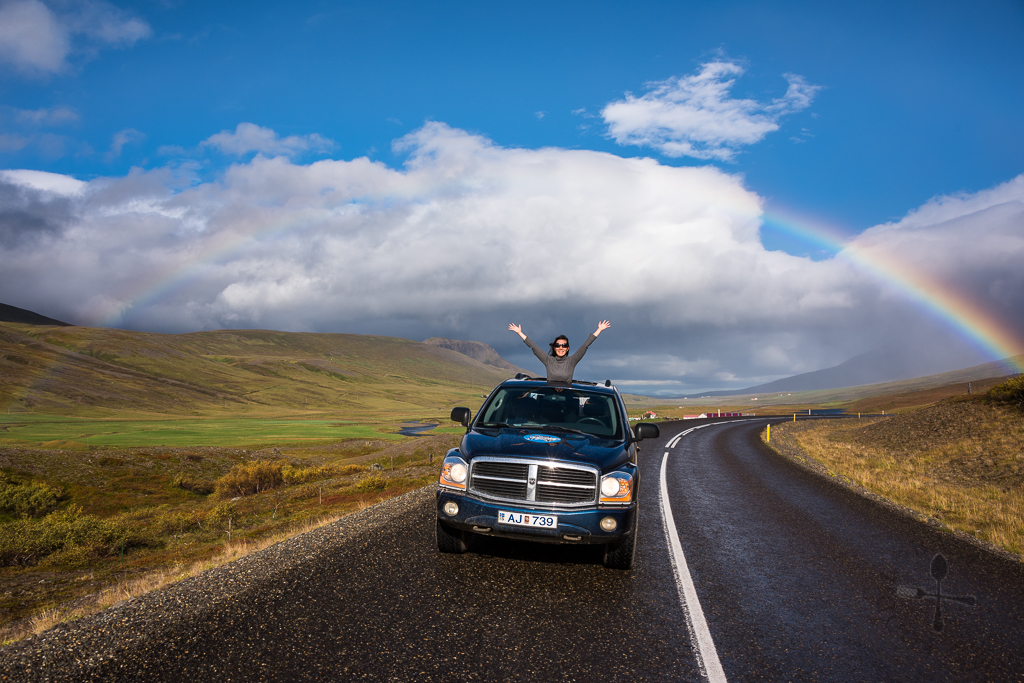 Egilsstaðir is a town in east Iceland and it was our pit-stop before we continue our drive towards Seyðisfjörður. When we stopped at the petrol kiosk to refuel our car - I was stunned when I saw the state of the car - the back and sides of the car were so muddy that I couldn't even tell it's blue anymore! So X did his first car wash in Iceland (while I just stood around and take photos and videos haha). 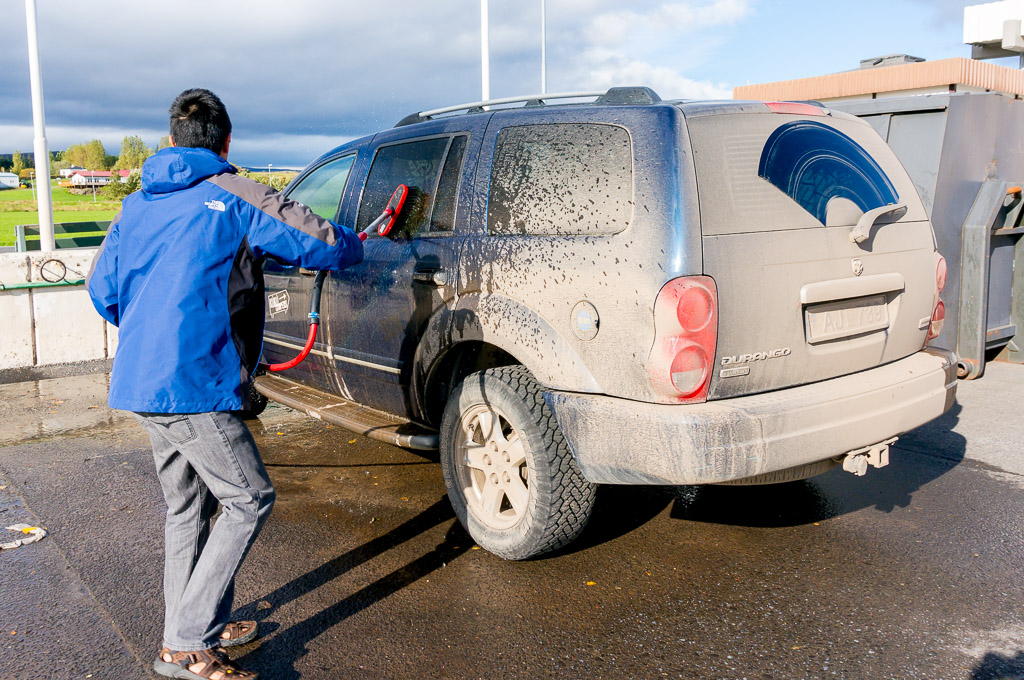 Car-wash in Iceland is free and self-service in most gas stations - there are water hoses with brushes attached at the end, so it's really easy to wash the cars (if you are okay with not using soap). 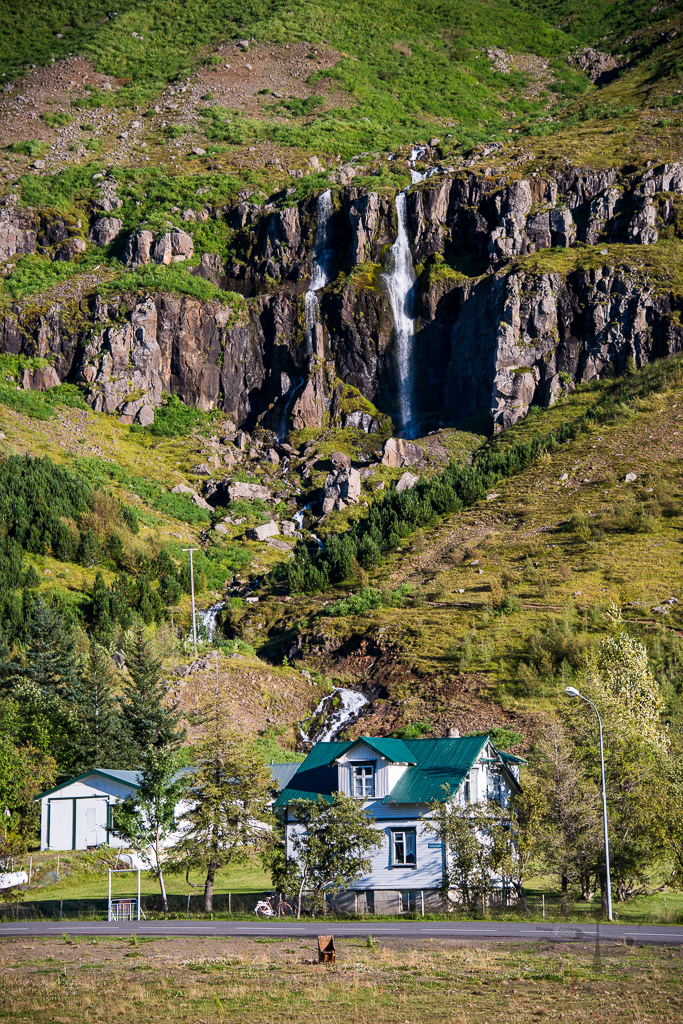 We initially wanted to stop at the Information Center at Egilsstaðir but it was closed because it was a Sunday. So we simply went to my favourite supermarket, Bónus, to top up some groceries (check out the tour on Bónus supermarket here!) before heading to Seyðisfjörður. We cut to Route 93 after leaving Egilsstaðir and after a 30-minute winding drive, we reached Seyðisfjörður.

Like Egilsstaðir, Seyðisfjörður is a small town in the east Iceland and is perhaps also one place that most travellers will miss. It is one of the most picturesque towns as it is surrounded by mountains on all sides and has many well-preserved old wooden houses. During summer, numerous travellers from Europe start their Iceland tour from Seyðisfjörður as they reach here via the Norræna ferry. As we visited Seyðisfjörður during an off-peak season and on a Sunday, there was hardly anyone around - it was so quiet! We parked our car at the campsite and walked around on foot.

We did a short 20-minute hike up to visit Tvisongur Sound Sculpture, sculpted by German artist Lukas Kühne. It is made of concrete and consists of five interconnected domes of different sizes - apparently each dome has its own resonance to a tone and the sculpture works as a natural amplifier to that tone. Both X and I did not learn music, so we did not feel very impressed with the sculpture, but the views surrounding the sculpture made up for it.

We stayed at Seyðisfjörður campsite (65.259904, -14.012491) for the night - there's a service house at the campsite equipped with electric cookers, tables and chairs, so we did all our cooking in the service house. Perhaps because it's off-peak season, there's only about 6 other travellers who shared the campsite facilities with us, allowing me to spend more time preparing a more wholesome dinner!

On Day 10 we manage to meet up with an incredibly adorable arctic fox - stay tuned to the next travelogue!