Ever thought of how brownies and cookies will taste together? Well, with these cookie dough brownies, you have the perfect marriage of buttery and crispy cookie with chocolatey and fudgy brownies. Served with cream or even better still - ice cream - and it's hard not to fall in love with them! 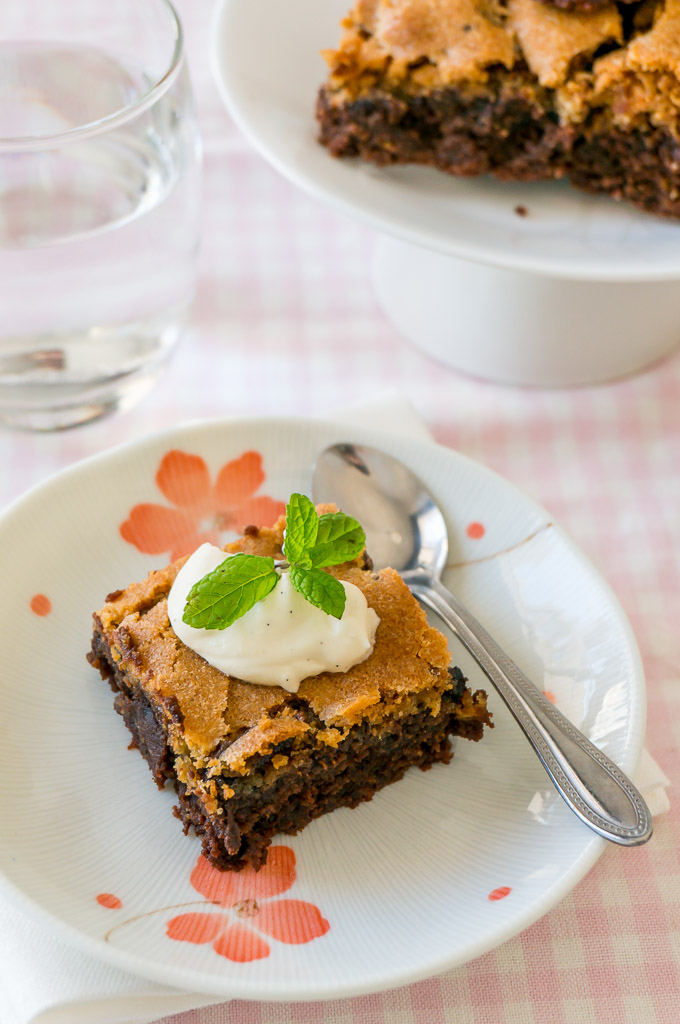 I saw this recipe when I was browsing Dorie Greenspan's cookbook, "Baking: From My Home to Yours" and I knew I have to try it because seriously, how can the combination of cookie and brownies go wrong? The original recipe requires that, for the brownie part, the eggs and sugar to be whipped together until fluffy but I was lazy because this meant an additional mixing bowl (because you need another bowl to melt the chocolate and butter) and set of beaters to wash. So I made some changes so that the brownie batter is made all in one bowl. 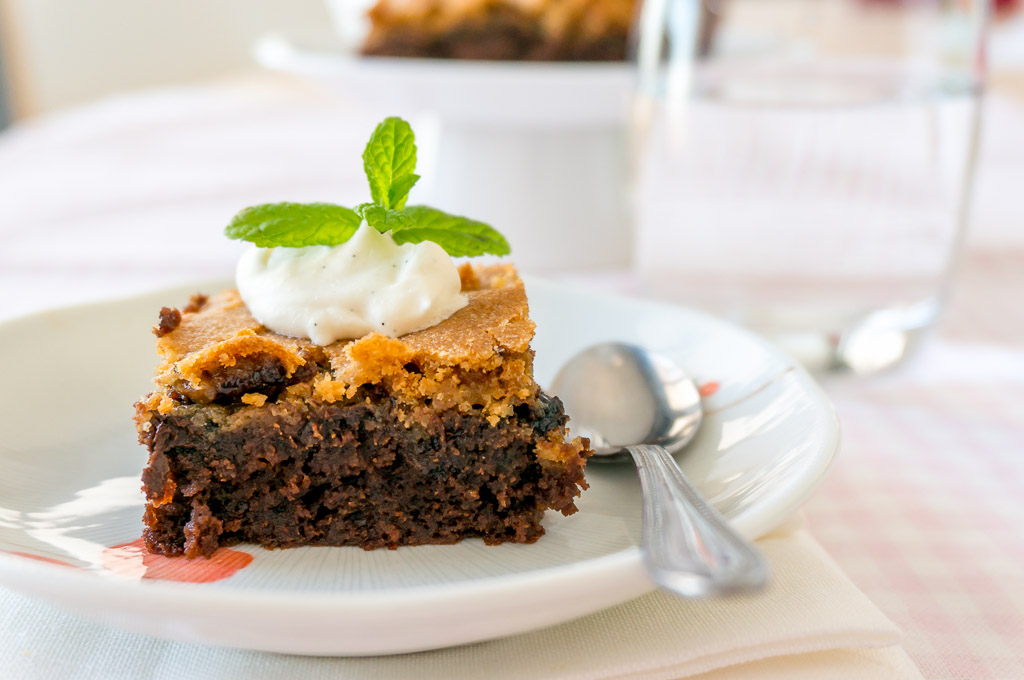 I also left out the nuts that Dorie called for in the brownies but added some freshly chopped fresh mint instead because I had some on hand and thought that the mint taste will cut through the richness. But I think I should have used more mint as the mint taste was very subtle, almost unnoticeable. 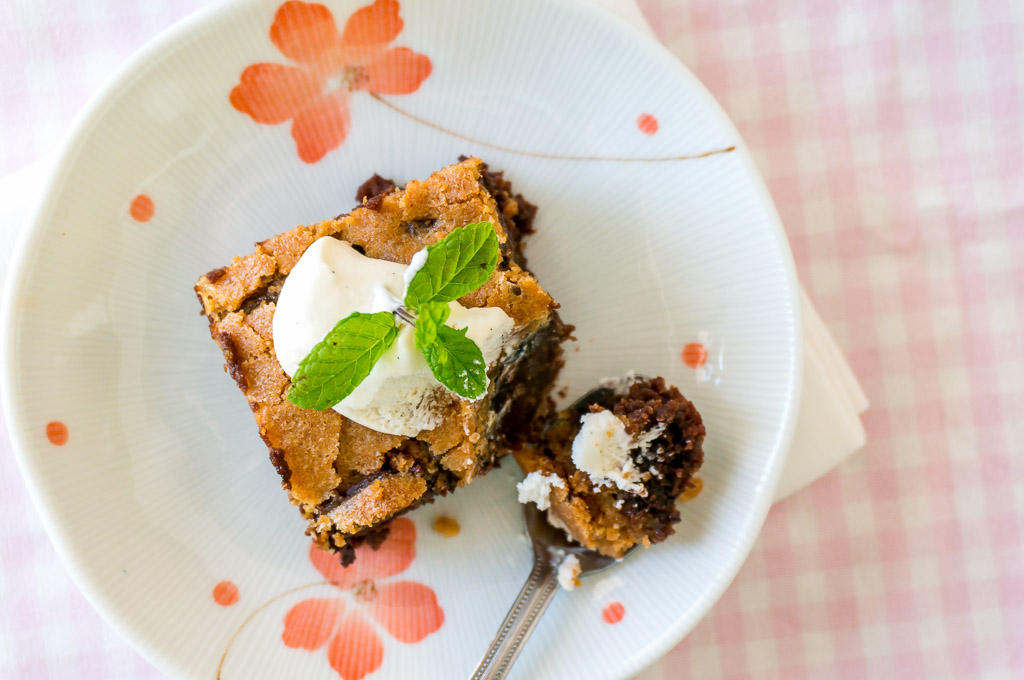 Nevertheless, I still love how these cookie dough brownies turned out - you get a really crispy and crunchy top that is laden with chocolate chips, and a bottom that is intensely rich, fudgy and chocolatey. I especially love it when the brownies are slightly chilled, because it seems to enhance the fudginess of the brownies (does this even make sense?!) It was so good that I had one piece for breakfast (who says one can't have chocolate for breakfast?) and one piece for tea-break everyday - bad news for my waistline but I couldn't resist! And here's how to make it! 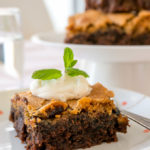 I particularly like these brownies slightly chilled as the brownie layer will be a bit more fudgy. If the brownies are served straight out from the refrigerator, the cookie dough layer will be pretty tough, so either leave it at room temperature for a while before serving or if you can't wait, microwave on full power for about 10 seconds to slightly warm up and soften the cookie dough layer.
By Jasline N.
Prep Time30 mins
Cook Time1 hr
Total Time1 hr 30 mins

- You can choose to add in about 60 grams (½ cup) of toasted, chopped nuts like walnuts or pecans into the brownie batter for some additional crunch. - Adapted from Dorie Greenspan's Chipster-Topped Brownies (from the book "Baking: From My Home to Yours")
Tried this recipe?Mention @foodiebaker or tag #foodiebaker!