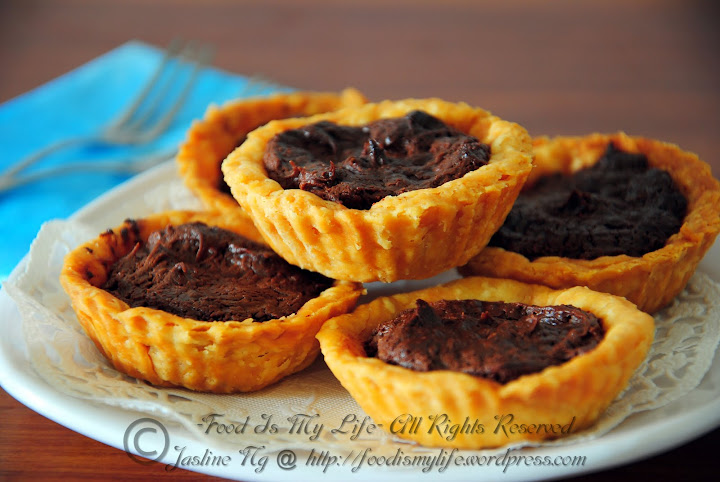 No one can resist these nutty and chocolatey delights - and the best thing is you do not have to prepare the filling at all! Just have a jar of Nutella or any chocolate spread nearby!

The variation for these tarts is endless - you can go for strawberry jam, blueberry jam, raspberry jam, peach jam... or even chestnut purée!

But I'll try to get jams that have a lower sugar content - otherwise the tarts may be too sweet - unless you have a huge sweet tooth... 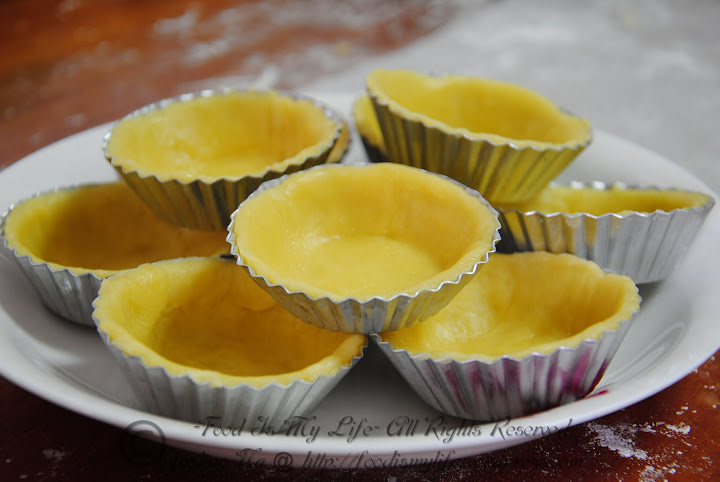 I baked these tarts using 4-cm tart pans, and it can yield about 30-40 tarts. If you like a thicker crust, it should still yield about 20 tarts or so.

These tarts bake slightly faster than the blueberry tarts, so I've adjusted the timing for the tarts accordingly below. (: 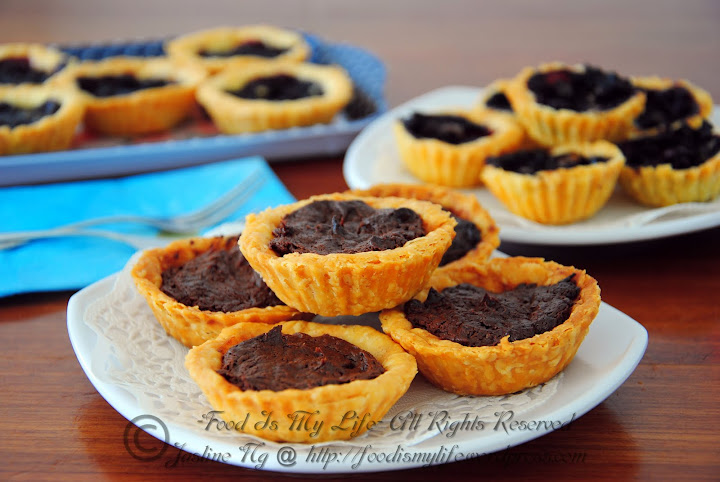 For the filling:
~300 grams Nutella (or any reduced-sugar jam filling)

Rolling out the dough and lining the tart pans:
Remove the dough from the fridge (if the dough has been chilled for a long time, soften it lightly by letting it rest at the room temperature for a couple of minutes before it's soft enough to work with).

Use a 6-cm ring mould and cut out rounds. Transfer the rounds into the tart pans and press the dough in gently. Gather the scraps together, re-roll the dough and repeat until you have used up all the dough.

Using a spoon, fill the tarts with Nutella until ⅔-full. Do not fill more than that! Otherwise the filling will overflow and the tarts won't look as pretty.

Place the tarts in the centre rack and bake for 10 minutes at 200 degrees Celsius. Lower the temperature to 195 degrees Celsius and continue to bake for 8-10 minutes, until the crust is golden brown. 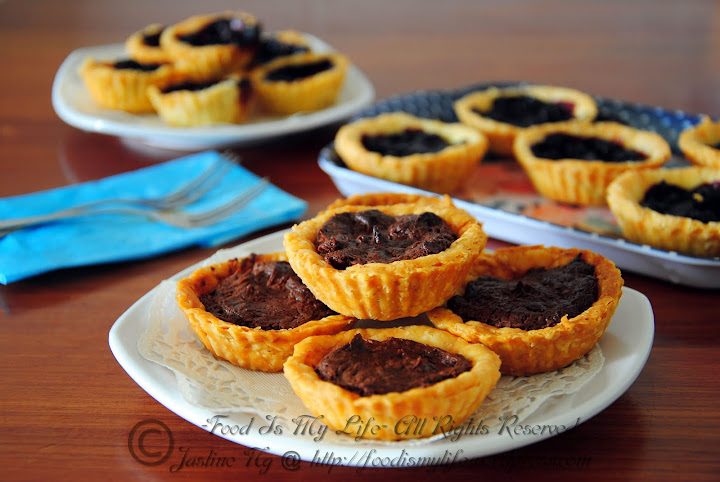