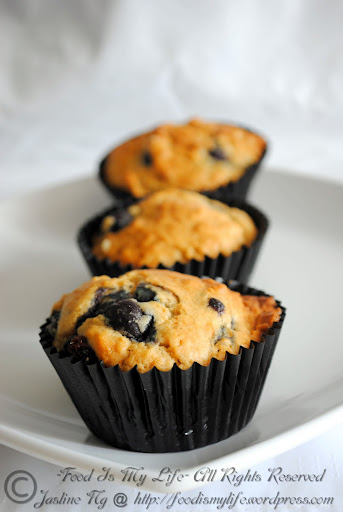 Muffins are my new found favourites!

Muffins are cup-shaped (and cute!) bread and are often served hot. Muffin is a term connected with "moufflet", which means soft, and is it's an old French word used to describe bread. Typically there are two types of muffins - American and English. American muffins are more common here in Singapore - they are sold in cafeterias and sometimes in bakeries.

Accroding to foodtimeline.org, English muffins are flat, yeast-raised muffins, enriched with milk and butter, and usually cooked on a hot griddle. American muffins, on the other hand, are quick bread made in individual moulds. The batter for American muffins are more like a batter than a dough, hence explains the need for the moulds.

(I feel so much more knowledgeable about muffins know! Hehe)

"Muffin" had been a scary category for me to attempt - I've tried to make them several times but I've also failed - every single time. They all turned out to be heavy, dry and unpalatable. It's probably due to the batter being over-mixed. 🙁 After gaining more experience over the years (and after watching numerous cooking shows and videos), I decided to give muffins another try when I found a blueberry muffin recipe by Smitten Kitchen.

Most muffins recipes that I've found requires the mixing of milk and flour mixture into the batter alternately. Smitten Kitchen's recipe is simple and direct, and it yields perfect muffins - light, fluffy, not too sweet, and bursting with berry flavours (heh). I totally foresee myself making this recipe over and over again - substituting the blueberries with other ingredients like chocolate, chopped banana, other type of berries... (:

Kind of having a mental-block right now so I shall leave you with the pictures and recipe! 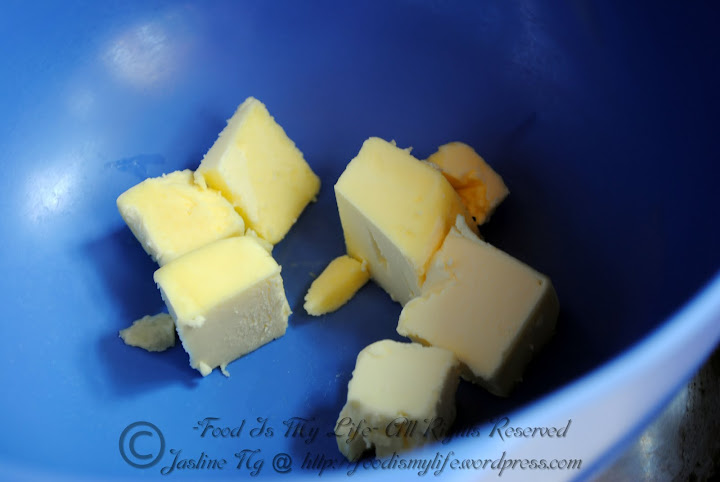 A little butter is essential... (: 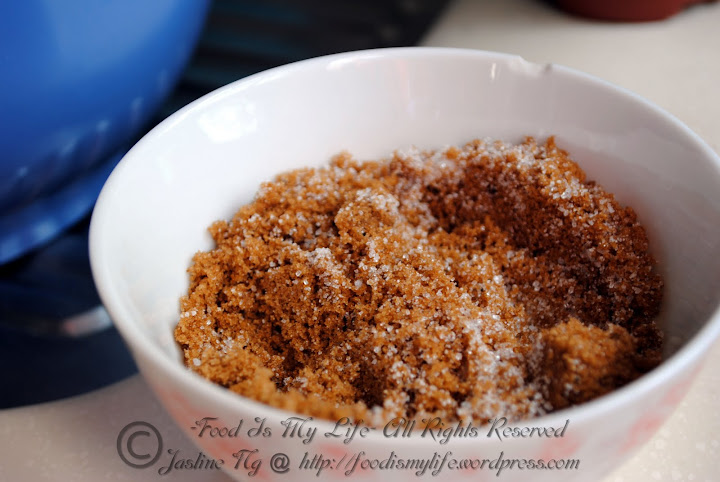 I didn't have enough brown sugar... so I topped it up with plain white sugar (: 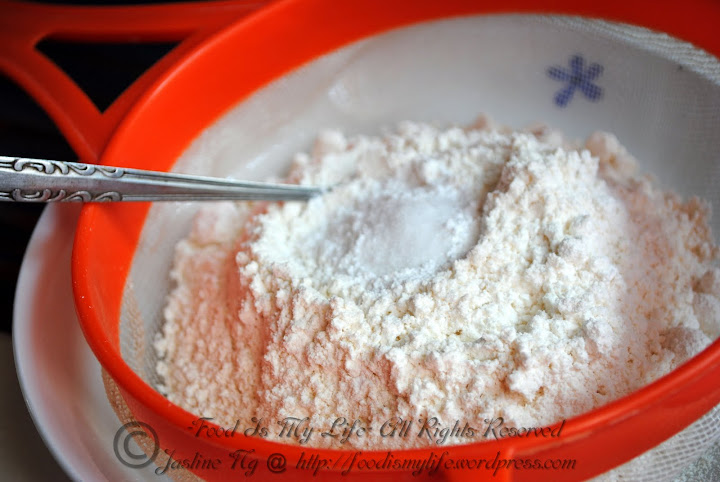 Flour, baking powder, baking soda and some salt to be sifted over the batter later on 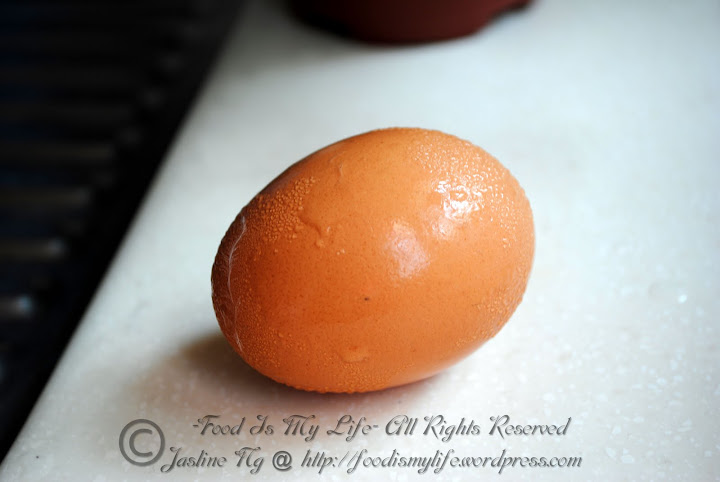 An egg - still waiting to bring this fellow to room temperature! 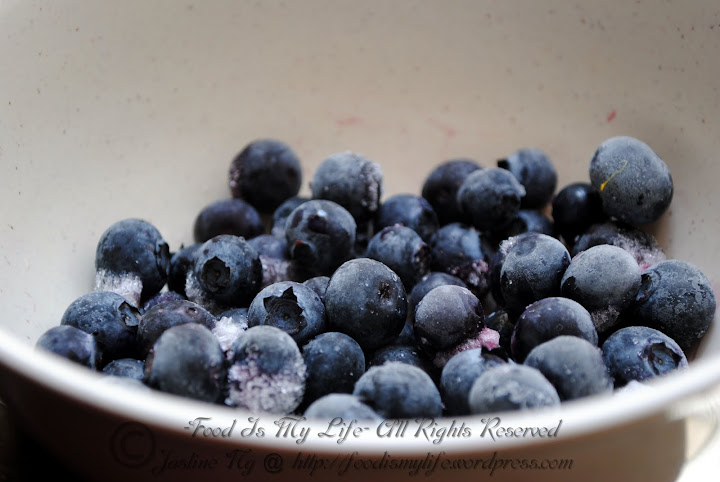 Do you know that Minnesota, USA has adopted the blueberry muffin as their official state muffin? 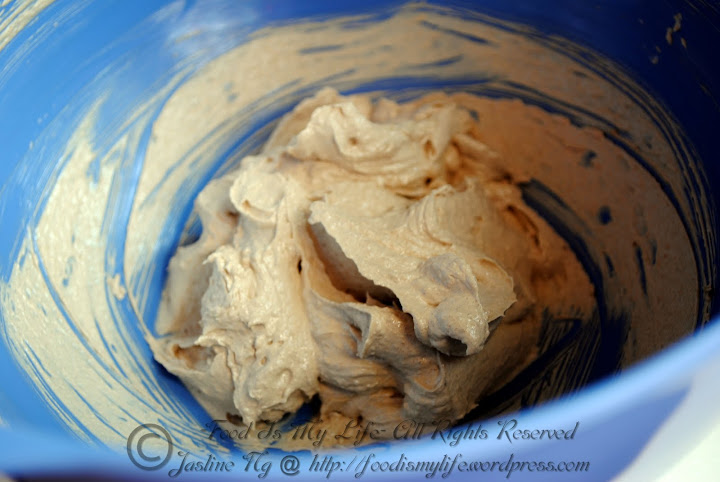 Cream the butter and sugar until light and fluffy 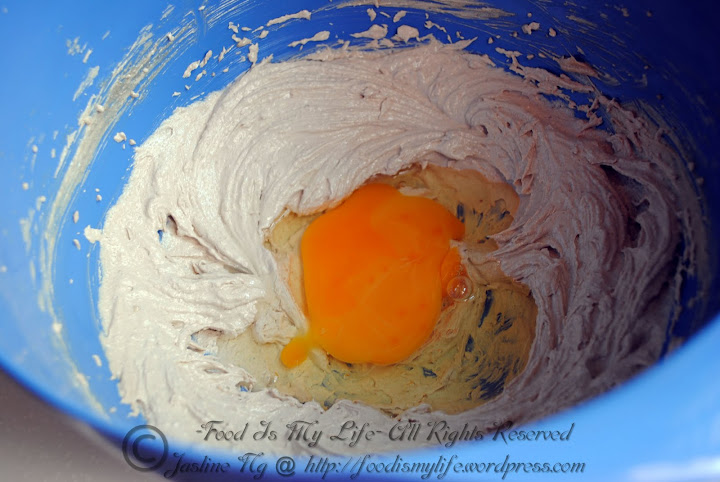 Beat in the egg 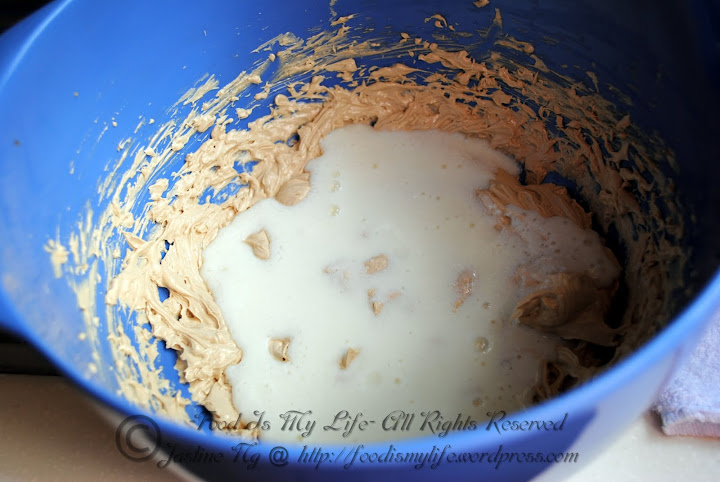 Some buttermilk (which I forgot to snap a photo of it) 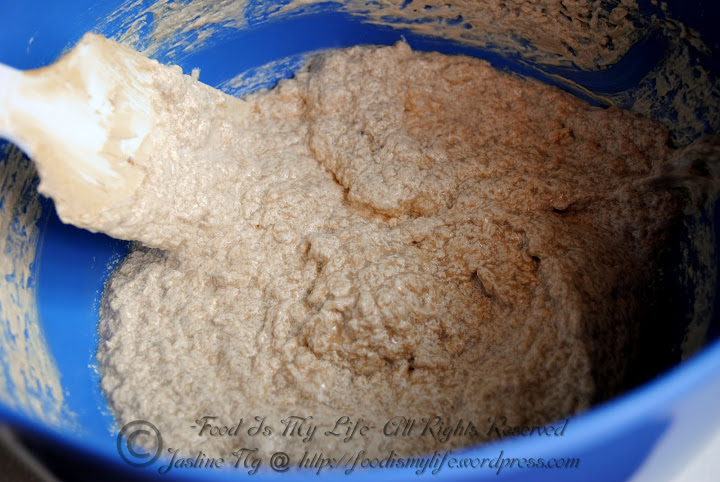 The mixture will look curdly like this after the buttermilk is mixed in - don't worry! It'll be alright after the flour mixture is mixed in (which I forgot to take a photo of...)

Before I post the recipe, I'd just like to say that I'm submitting this post to Aspiring Bakers #5. Hosted my Bakericious, the theme this month is fruits and do join if you have any interesting fruity recipes to share! (:

The themes for the past two months are Chinese New Year Cookies and Love is in the Air. Click to see the round-up of the entries - I've added so many recipes since then to my to-bake/to-cook list - it's endless!

Have a good week ahead! 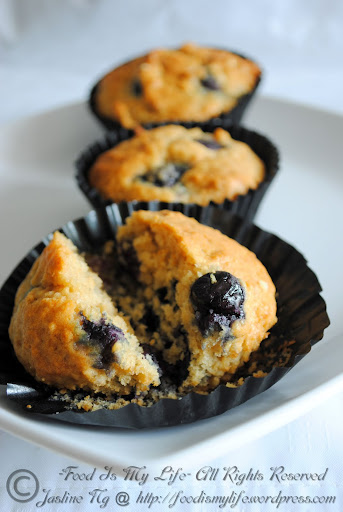 Preheat oven to 185 degrees Celsius. Line muffin trays with paper liners or coat them with nonstick spray. Sift the flour, baking powder, soda and salt in a bowl and set aside.

Beat the unsalted butter and brown sugar with an electric mixer in a separate bowl until light, pale in colour and fluffy. Add in the egg and beat until incorporated. Add in the sour cream / yoghurt / buttermilk and beat it in. The mixture will look curdly and ugly - but don't worry!

Fold in the flour mixture in two batches - do so very, very, very gently as you do not want to lose all the air that you've beaten in just now. Fold until the flour just disappears - I managed to survive with some specks of flour here and there. (: Gently fold in the blueberries.

Using an ice-cream scoop or ¼ measuring cup, scoop the batter into the paper liners or until they are ¾ full. Bake for 25-30 minutes until the tops are golden and a skewer inserted to the middle of the muffin comes out clean.

Remove the muffins from the trays and let cool on a wire rack - only if you can resist the temptation!