Roasted barley tea is called mugicha (麦茶) in Japan and boricha (보리차) in Korea. Japanese drink roasted barley tea during summer as a cooling drink while Koreans drink it all year round. I grew to like and appreciate this nutty and roasty/toasty drink over the years and I thought that I could try making this from scratch at home! 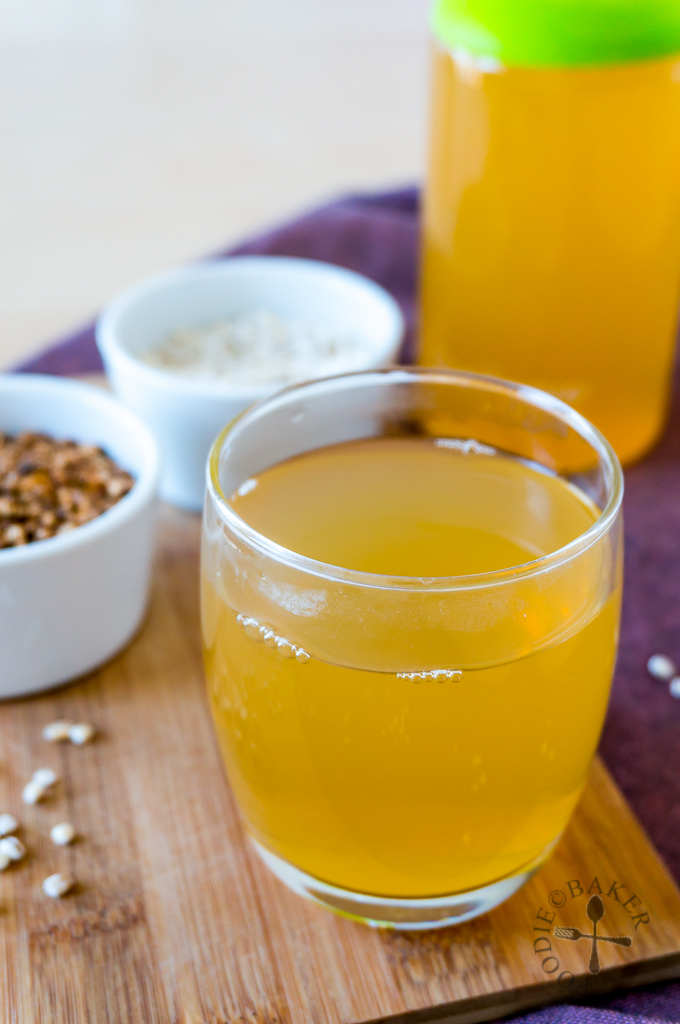 1) Pearl barley - I use pearl barley as it's easily available. The pearl barley is rinsed, dried between sheets of paper towels then roasted in a non-stick frying pan, without anything else. Use a pan with a big surface area so that the pearl barley roast evenly, otherwise you will have to stir more frequently.

2) Ventilation - The roasting will generate smell and smoke, so open the windows / doors to keep the kitchen ventilated.

5) Roast extra - I roast about 1 cup of pearl barley each time and keep the excess in the refrigerator. This way, I can make the tea whenever I want to.

6) Have time? If you have time and want to use less energy (electricity / gas), instead of simmering continuously for 30 minutes on the stove, bring water and roasted pearl barley to boil. Cover with a lid, then turn off the heat and let steep overnight. The next morning, strain the drink and store it in the refrigerator. By lunch, a refreshing drink is ready!

7) Sweeten or non-sweeten? I don't sweeten the drink but I think if you really, really want to, no one's stopping you!

Discarding the pearl barley is quite a waste, so I'm finding ways to use up the cooked pearl barley. The list is not extensive, hopefully I can come back and more to the list: 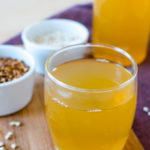 Sugar-free (if desired) and caffeine-free, this roasted barley tea is a cooling and refreshing drink that can be enjoyed warm, at room temperature or cold. Time and serving size indicated is for Quick Method. For Slow Method, serving size is about 1 litre.
Prep Time5 mins
Cook Time20 mins
Cooking the Tea30 mins
Total Time55 mins
Servings: 750 ml