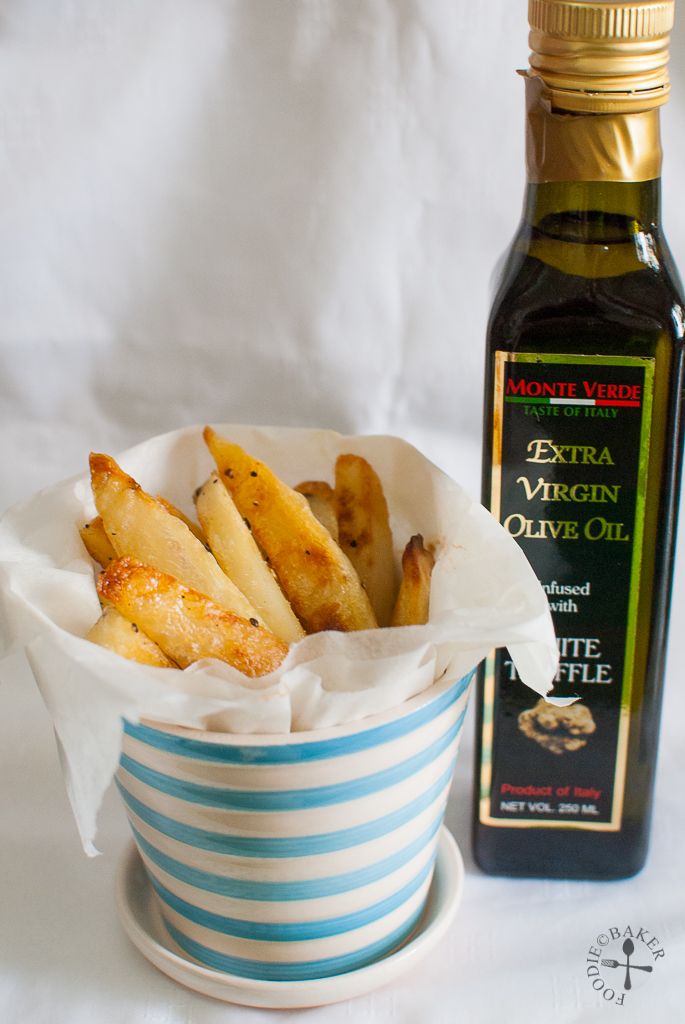 French fries are probably one of the best food invention ever. These little evil strips, usually deep-fried, are so unexplainably addictive that I can finish a huge plate of them in one sitting! And then I will regret for the next few weeks because of their high fat content. But I will succumb to temptation and devour a whole plate again, then regret... and the cycle continues...

My mom don't really like me frying up a storm at home (because of the mess I always make), so one of the first few recipes I made after getting my oven (more than 10 years old now and still working!) is baked fries. I started with frozen fries - shoestring, crinkle, criss cut before trying my hand to bake them from scratch. I've tried quite a few recipes before finding my favourite, which involves par-boiling the potatoes then baking them in the oven.

Par-boiling the potatoes first will help to cut short the cooking time, and ensure the potatoes don't dry out too much during baking. Baking fries uses a lot lesser oil so it's healthier, so I feel a lot less guilty when eating them! 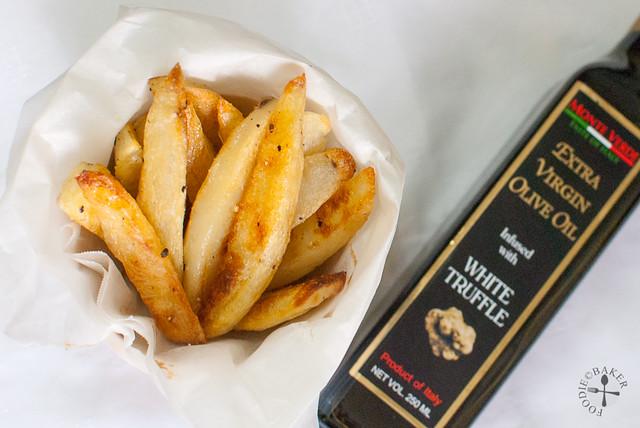 But in any case, should you manage to get your hands on some good quality truffle oil, do try making your fries at home! A bottle of truffle oil can last pretty long as a little goes a long way. If you are really lazy, try it on frozen fries - I have tried before and the results weren't too bad!

I'm submitting this to Little Thumbs Up (July 2014 Event: Potato) - organised by Zoe (Bake for Happy Kids) and Mui Mui (My Little Favourite DIY) and hosted by me! Do hop over HERE to see the linkup! 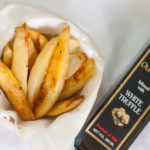