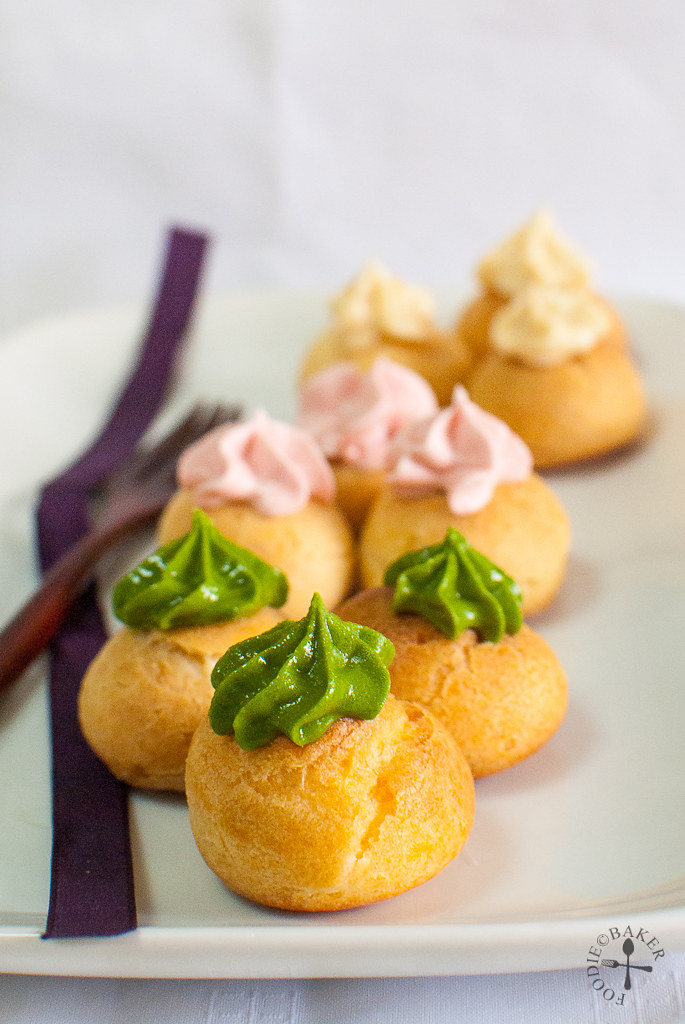 How many of you know of this biscuit called Iced Gem Biscuit? I've known them as Star Biscuits because of the sweet and colourful "stars" atop the plain and crunchy biscuits. These biscuits bring back fond memories of my childhood as I used to eat them every day as snacks in my kindergarten. Some people like to eat the "stars" then biscuits, some just tipped tons of them in their mouth at once while for some, like me, will want to save the best for last (i.e. the "stars"), so we will always save the sugary treat last. 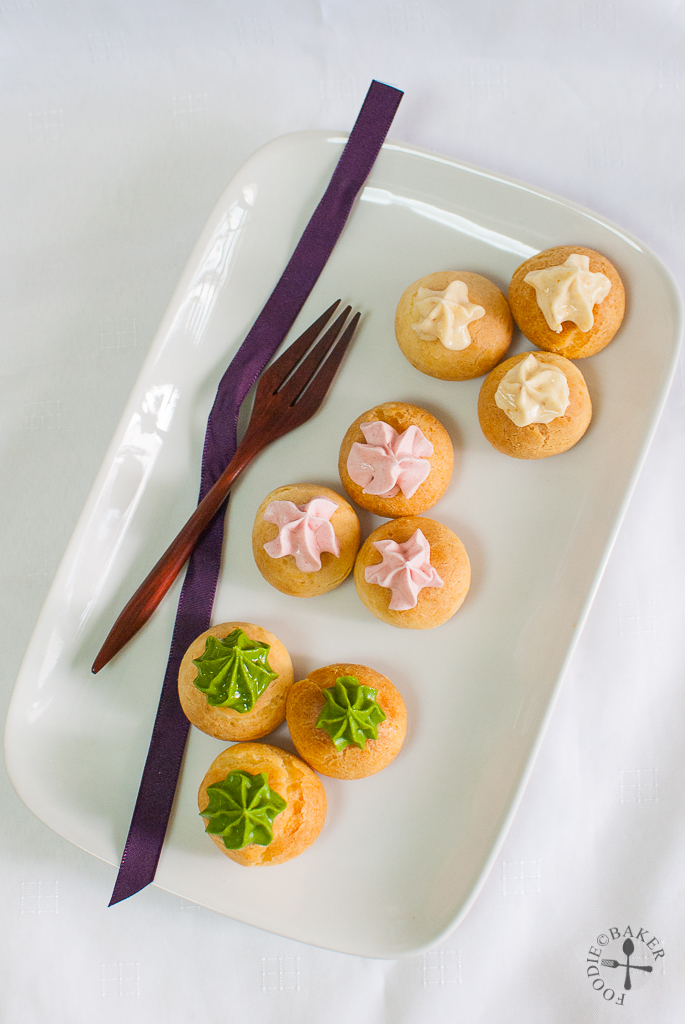 While baking some mini choux a few days back, I was thinking of something to top the choux with, and I was suddenly reminded of these biscuits. After some googling, I found another blogger who have made this too - and her photos are much more amazing than mine! 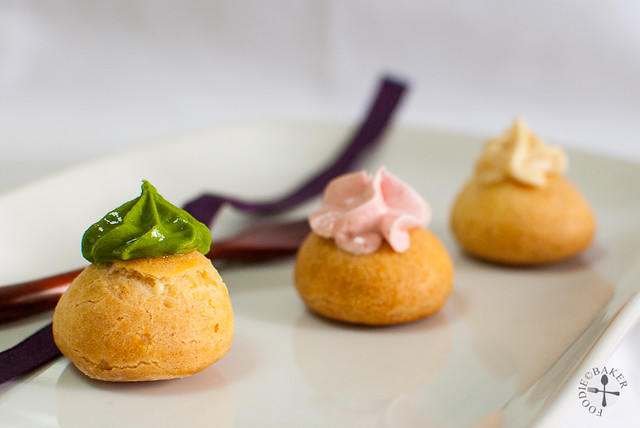 Instead of using food colouring, I used dried food powders to colour the royal icing - so I had strawberry for pink, matcha for green and lemon for yellow, so the colours did not turn out as intense as the real biscuits. The royal icing is made using pasteurised egg white so no worries on the whole raw egg white issue.

I tried filling some of the choux with pastry cream but the amount of pastry cream inside was too little and the sweetness of the royal icing overwhelmed everything. So I'd suggest leave it plain or make some uber dark chocolate mousse to fill them the next time. 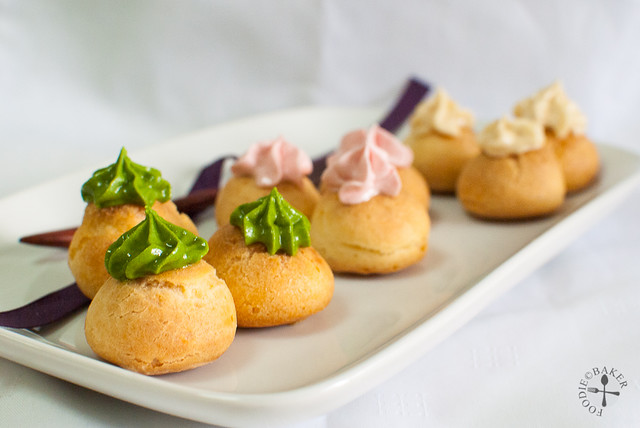 I'm submitting this to Aspiring Bakers #34: Choux Party hosted by me!
Do bake some choux, give it a makeover and photo shoot, blog about it and join me in the party!

I'm also going to submit this to Little Thumbs Up organised by Doreen from my little favourite DIY and Zoe from Bake for Happy Kids, hosted by Yen from Eat your heart out. The recipes are all linked at this post! 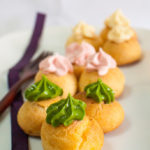