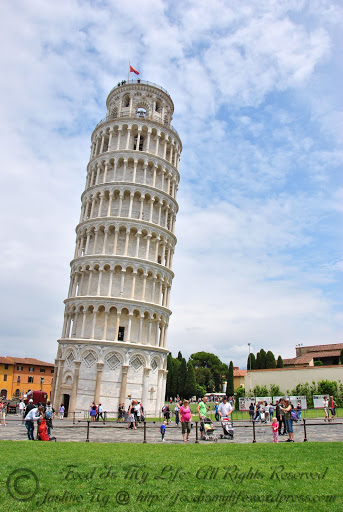 ...Pisa! (I'm sure most of you would have gotten it right just by looking at the title!) (:

After leaving Rome / Vatican City reluctantly, we headed for a day trip to Pisa before going to Florence. Pisa is a city in central Italy and it's a couple of hours of train ride from Rome. The main site that we visited is of course the Leaning Tower of Pisa.

It's just a tower... right? So what's so special about it?

Well, I guess it's because of the incredible lean of 5.5 degrees of this tower, due to the shifting of its sandy foundations. And because of this, it became a world wonder (: 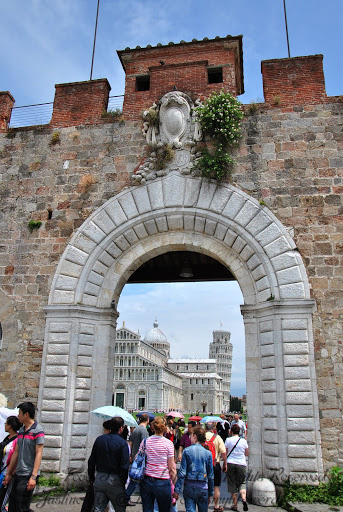 The entrance to Piazza del Duomo, aka Piazza dei Miracoli.

There were on-and-off drizzles throughout the whole morning, so X and I camped at a McDonald's nearby until the sun came out. 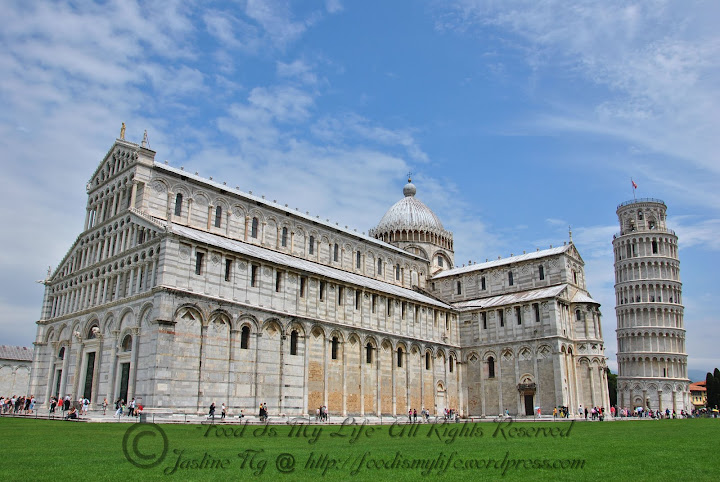 The Duomo and Leaning Tower of Pisa

The Duomo is built since 1064 and is a huge medieval cathedral. Built using grey marble and white stone (bronze for the doors), it is a magnificent cathedral and there were many tourists queuing to go in to get a view of this cathedral.

The Leaning Tower of Pisa is a campanile (bell tower) and is located just behind the cathedral. It was constructed in 1173 and it wasn't complete until 1372. Due to the sinking of the tower into the subsoil, construction was halted several times to think of ways to prevent the tower from collapsing. The tower was even left for a century - untouched - just so that subsoil could stabilise to prevent the tower from sinking.

The Baptistry (photo below) was built dedicated to St. John the Baptist. It is the largest baptistry in Italy. 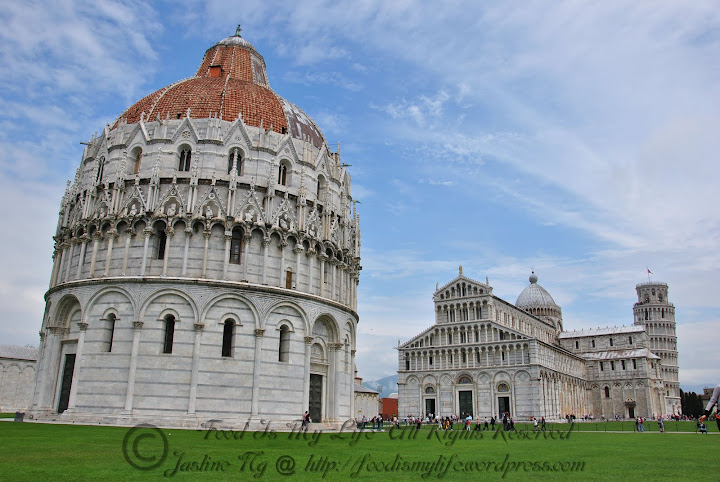 Well, this is a super short and sweet post as we didn't stay in Pisa for long... Florence up next! (: