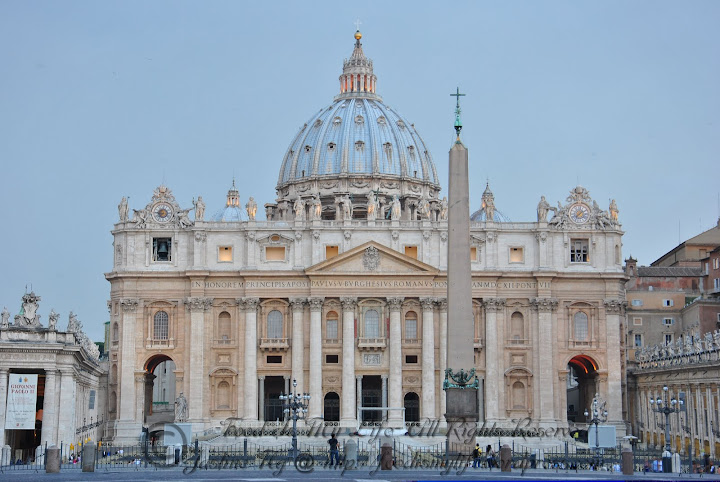 A city inside a city. Vatican City is still an amazingly beautiful place where X and I spent more than half a day admiring its glory and splendour. 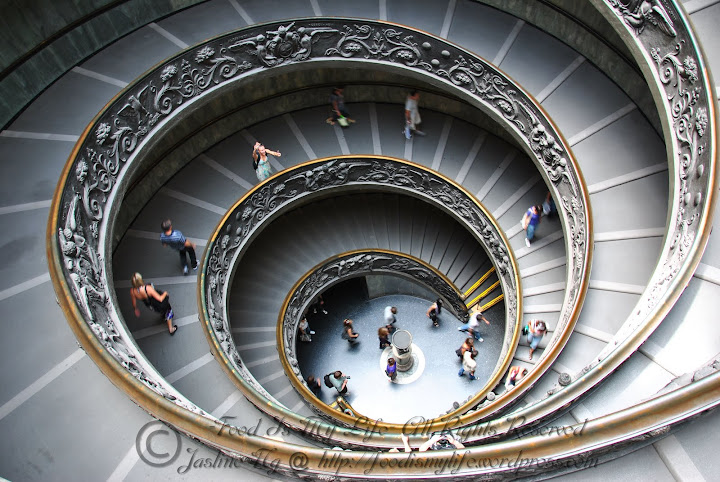 The tour of Vatican City will begin with a visit to the Vatican Museum. The museum displays an immense collection of artworks, built up over the centuries. The very famous spiral staircase that allows one to exit the museum to visit St. Peter's Basilica. 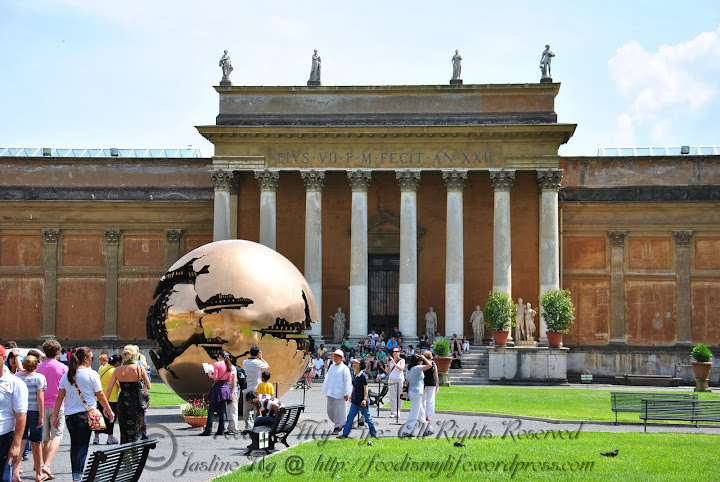 Sistine Chapel is definitely on everyone's list to visit, thanks to Michelangelo Buonarroti. However, it was so terribly crowded that I can't exactly say I fully enjoyed visiting it. The paintings were beautiful and magnificent, no doubt, but we were also being pushed along and around by the crowd constantly, and it wasn't a very pleasant experience.

We weren't allowed to take photos of anything in Sistine Chapel, hence the lack of pictures. (: 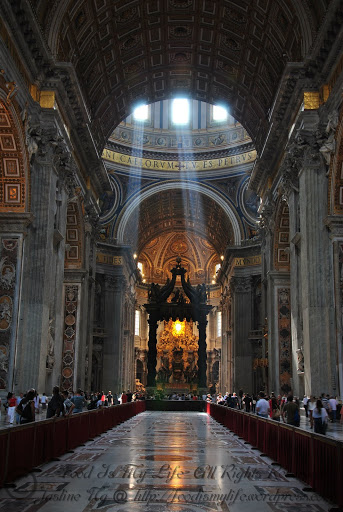 St. Peter's basilica stands on the site where Peter, the apostle, was crucified and buried. It is a grand basilica rebuilt in the 16th century by famous Renaissance masters, including Michelangelo and Bernini.

There are many things to see inside St. Peter's basilica. One of the famous must-sees is the beautiful baldacchino. Standing at 30 metres tall, the baldacchino is constructed from 1624 to 1633 by Lorenzo Bernini, using an incredible 927 tons of dark bronze. 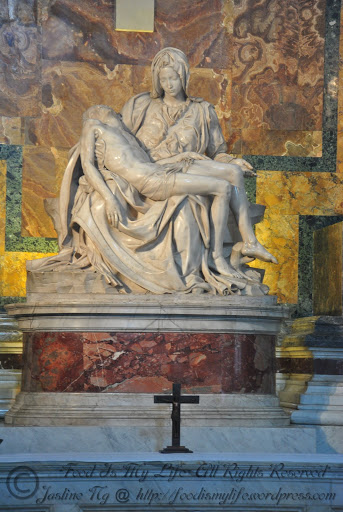 A major and popular sight in the basilica is Michelangelo's Pietà. Sculpted when Michelangelo is only 24, the sculpture depicts Virgin Mary cradling the dead Jesus in her lap after the cruxification. 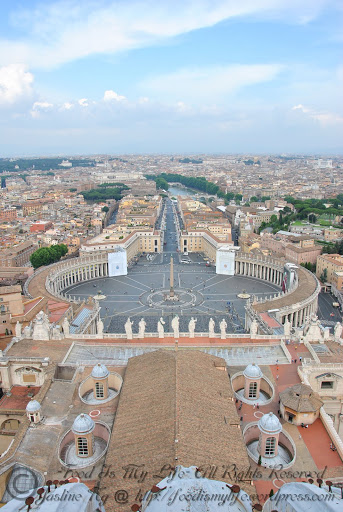 View of Vatican City from the top of St. Peter's Basilica

Spend some money and you're on your way to oen of the greatest view ever. There are two options, one is to climb the stairs and the other is the lift. Of course, the lift option is more expensive, but closes later. 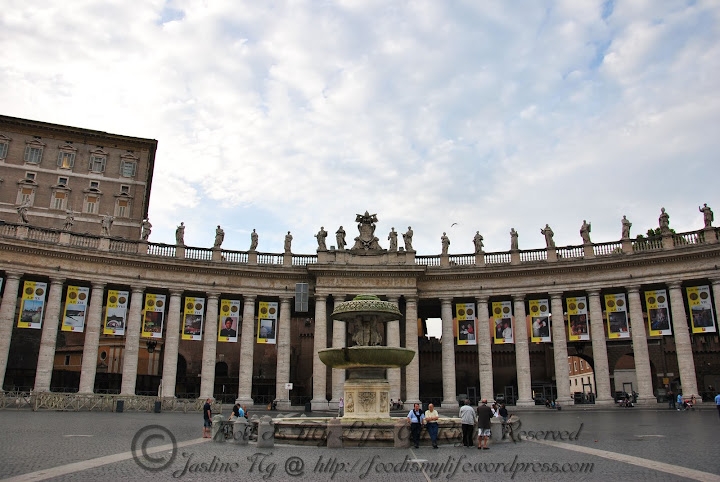 View of the perfectly lined up pillars

The huge, elliptical St. Peter's Square was designed by Lorenzo Bernini and built between 1656 and 1667. It's a very pretty place to take photos. And look around on the ground for a black circle! If you stand on that circle, you'll be able to see that the pillars are perfectly lined up.

I like the view of St. Peter's Basilica in the evening. It's quieter, there's lesser people (because it's closed), and it brings out a very serene and special feeling about that magnificent building. (:

So that's all for Vatican City! After Vatican City, we travelled to Pisa and then Florence... so those places will be up next (: