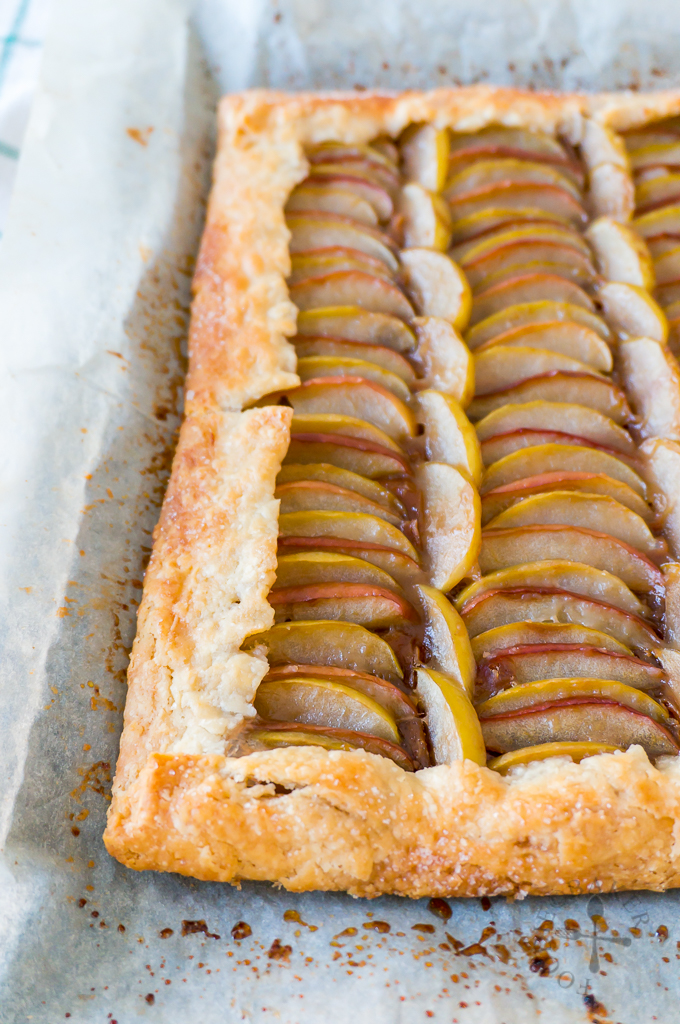 I've always loved eating pies and tarts but I seldom make them because making them seemed too tedious to me sometimes - the cutting of butter and shortening into the flour, waiting for the dough to rest, rolling it out and praying that it will not tear / stick, blind-baking it, making the filling, then baking again... all these seemed too much effort that more often than not, I ended up baking a cake (which can be really quick and super easy).

But then comes galette.

Galette is a French term which refers to flat, round or freeform cake, usually made with a flaky pastry crust. It is something like a tart but it does not test my rolling skills nor does it need to be blind-baked first, which makes it a whole lot more tempting to make them. And since Bake-Along is round the corner, I decided to bake one to join the event! 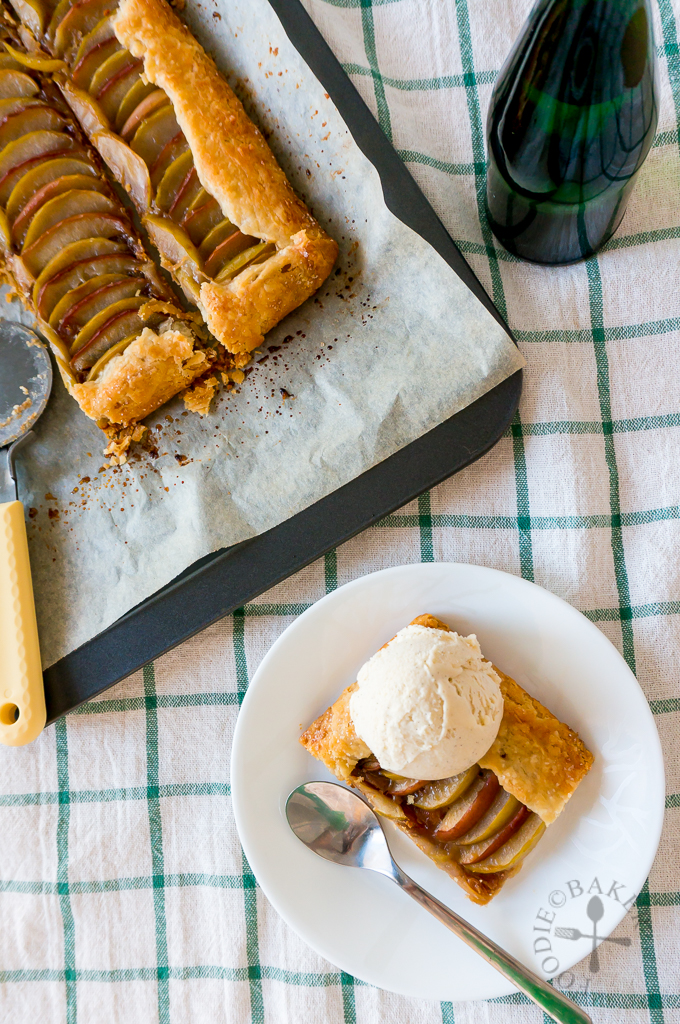 On a side note... I've shifted all my mailing listees to MailChimp and will be managing all emails sent out for the website there. Don't worry I've disabled all the other email sending programs/devices/what-nots so you shouldn't be receiving double emails. If you did not receive any new updates, it's highly likely that the mail went into your junk mail, so please give there a check! If not... please sign up again! The signing up form is on the column on the right or at the end of every post (: And if you sign up before 25 De 2015, I'll be sending out a free eCookBook to all of you! This is only valid for mailing listees as I cannot send out emails to WordPress Followers, sorry about that!

We always have apples lying around at home so the best way to use them up is definitely in a pie or tart, and in this case, a galette! I spread natural peanut butter at the base, making it an apple and peanut butter galette.

What is natural peanut butter? 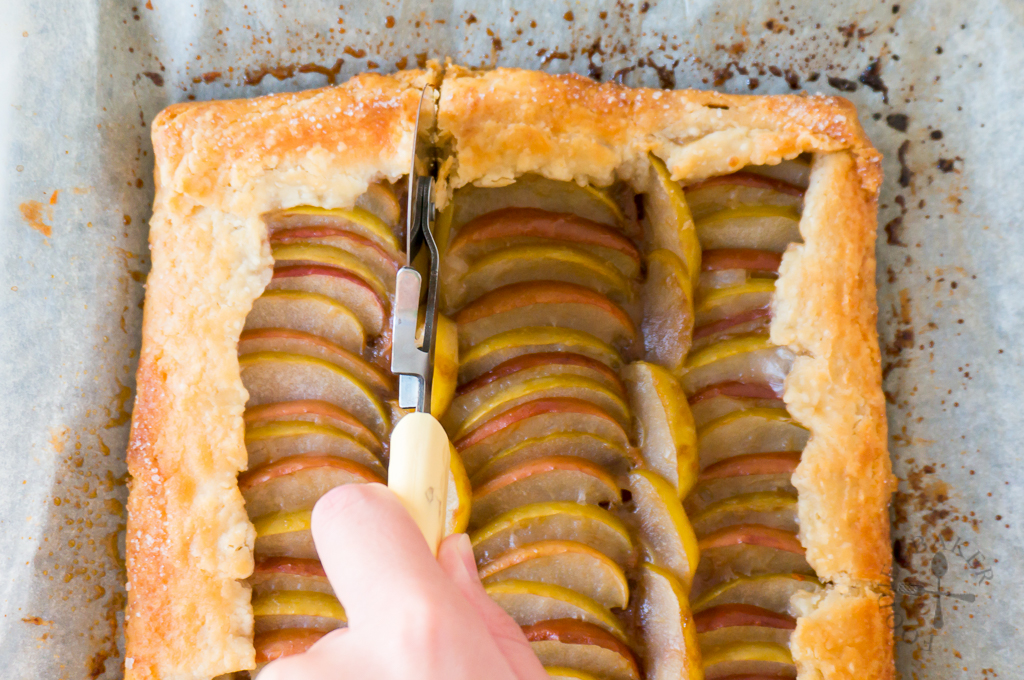 But don't let this natural peanut butter stop you from making this galette! You can simply use any peanut butter spread you have at home to make this delicious and addictive treat. If they are too stiff to be spread, simply microwave it or heat it in a small pot until is watery enough to be spread on the crust. 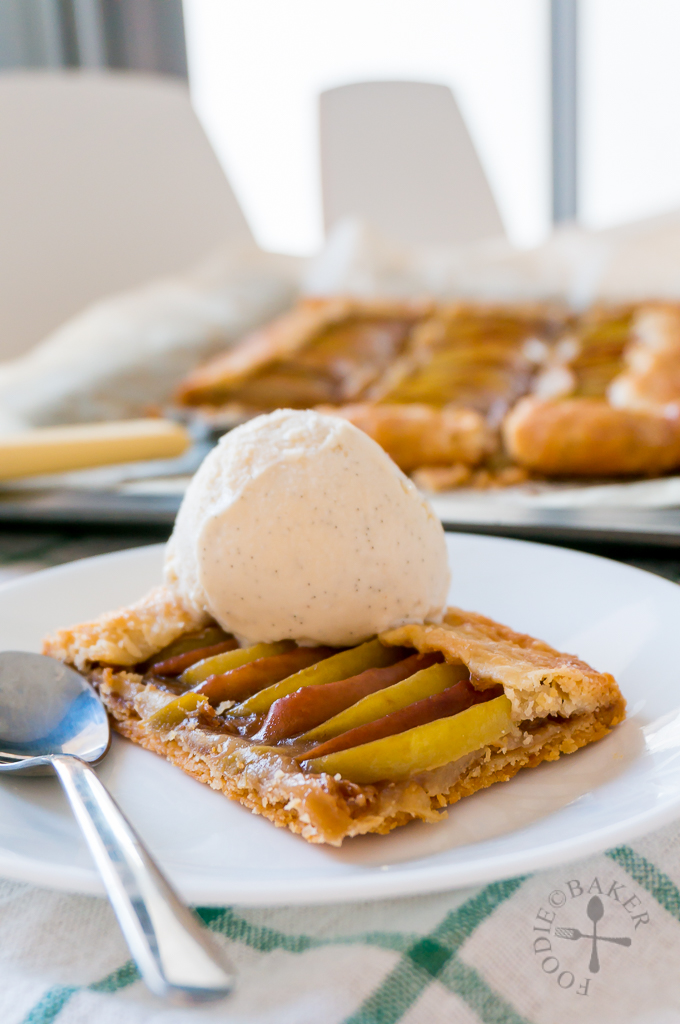 The crust is buttery and flaky from the use of a mix of butter and shortening. The red and green apple slices overlapping with each other create a very pretty tart (I took so many photos of this galette that I had a hard time choosing them for the blog) and their sweetness makes a nice complement with the slightly salty peanut butter. Served with a scoop of ice cream, this is absolutely divine! I had to wait until the galette was cooled completely so that the ice cream won't melt too fast when I'm photographing them, but it's definitely wayyyy better when it's warm from the oven.

This is for Bake-Along #88: Galette hosted by Zoe from Bake for Happy Kids, Joyce from Kitchen Flavours and Lena from Her Frozen Wings. 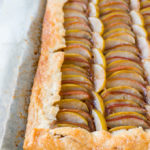