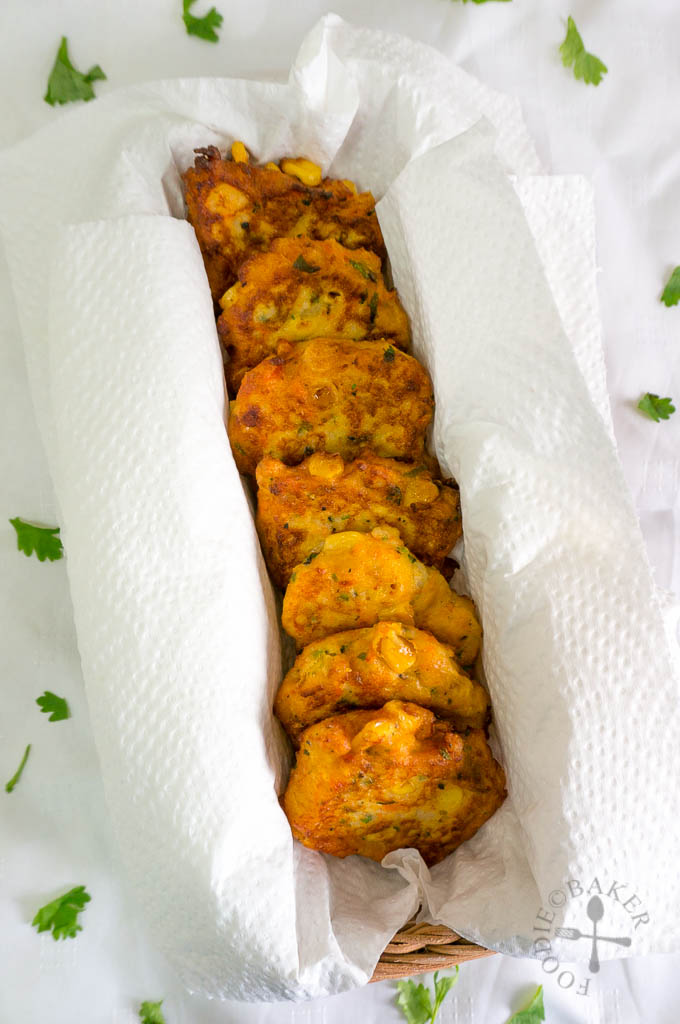 Now that July is ending, I'm seeing a huge flood of submissions for Little Thumbs Up! I'll defiitely visit each and everyone of your recipes, give me some time~! 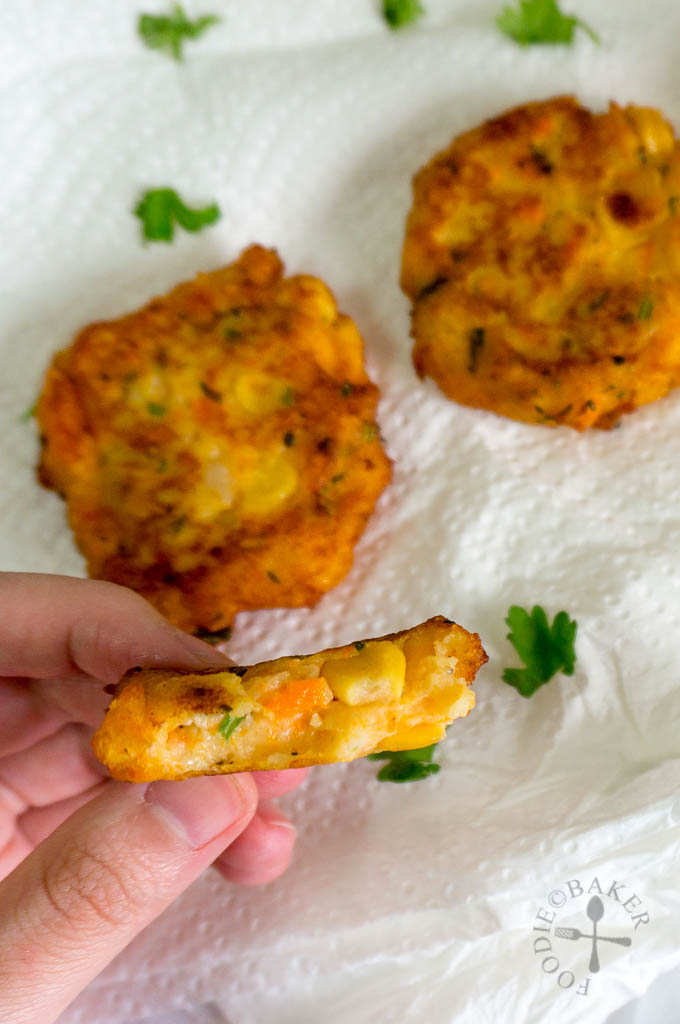 Today's recipe is a very simple fritter - mashed potatoes (I used mashed potatoes and carrots), corn, egg, cheese, flour, coriander, salt and pepper! The crunch from the corn makes the fritters super addictive. I originally wanted to bake the fritters instead of pan-frying them, but I was craving for something fried... so pan-frying it is!

I made quite a lot of fritters from this recipe, so I froze the remaining cooked ones and reheat them in my oven whenever I crave for a snack.

This post is for Little Thumbs Up (July 2014 Event: Potato) - organised by Zoe (Bake for Happy Kids) and Mui Mui (My Little Favourite DIY) and hosted by me! Do hop over HERE to see the linkup! 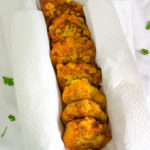 - To freeze the fritters, place the fritters on a tray in a single layer and freeze for 1 hour. Transfer the fritters into an air-tight bag and keep frozen. To reheat the fritters, wrap the fritters in an aluminium foil and heat up for 15 to 20 minutes in a 175 degrees Celsius oven.
- Adapted from Carrie's Experimental Kitchen
Tried this recipe?Mention @foodiebaker or tag #foodiebaker!