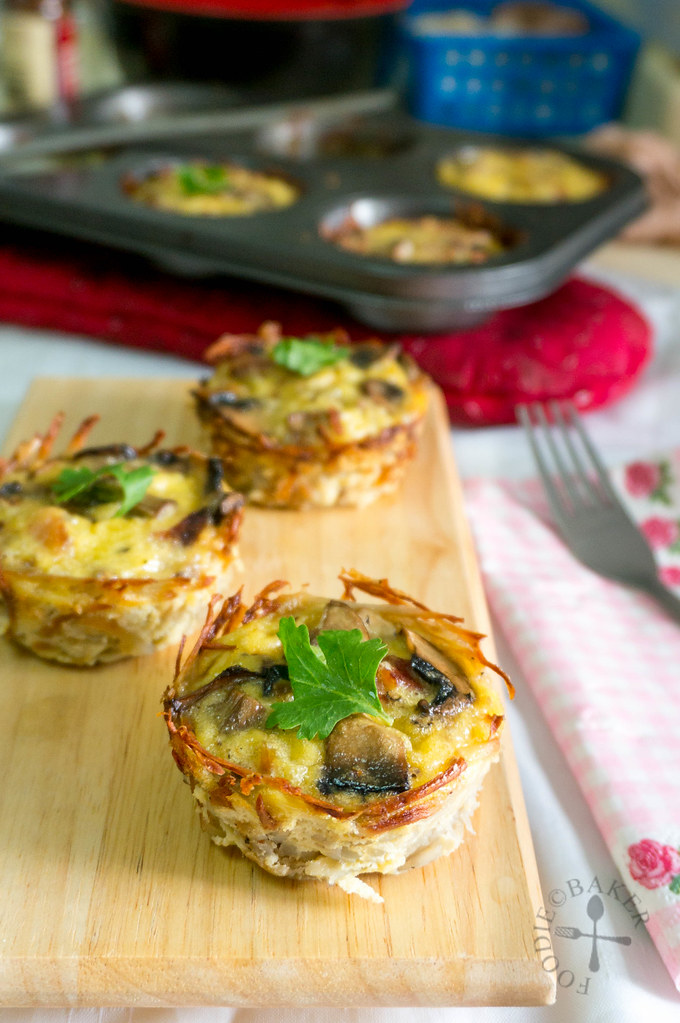 When our friends suggested having a picnic last weekend, my mind just can't stop thinking of what food to contribute! I wanted to make something that can be served individually, and it should be easy to handle and eat, so the original plan was some curry puffs, but X said it is too heaty so I changed it to mini quiche! Remembering the potato-crusted quiche that Amy (from Amy's Baking Diary) blogged about earlier, I decided to do the same - so another post for Little Thumbs Up! 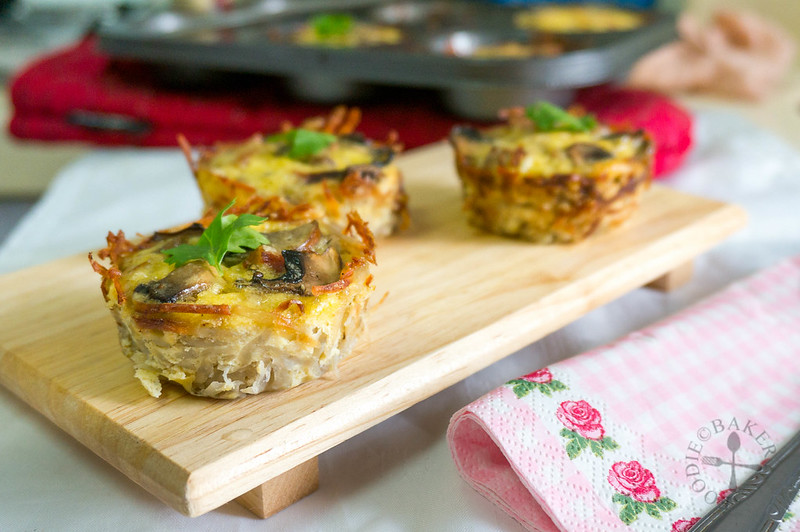 Making this quiche is fairly quick and easy - the most time-consuming part is probably squeezing the water out of the shredded potato... luckily 1 large potato is enough to make 6 mini quiche! So there's not a lot of potato to squeeze. Parmesan cheese is stirred into the shredded potatoes to give it some flavour and I think it also helped to absorb some of the moisture.

The filling is a simple sautéed bacon, onion and mushroom, mixed with eggs, cream and cheddar cheese. I know it's boring, but this is my favourite quiche combination! 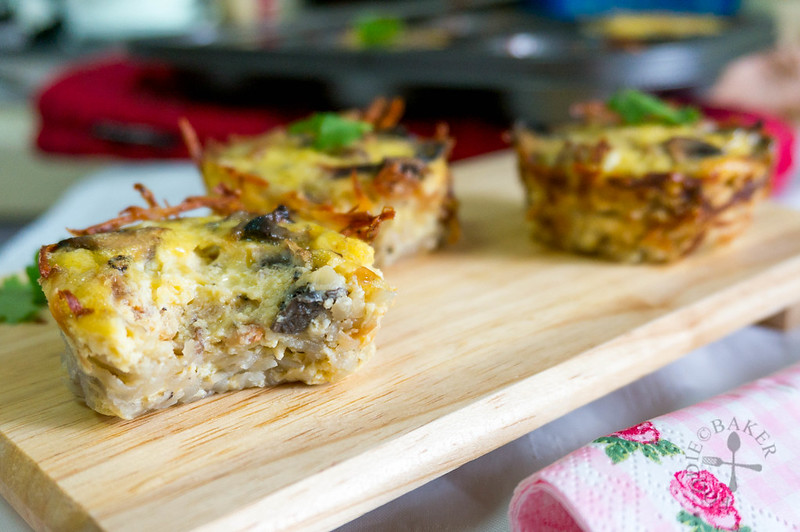 Two gripes during my attempt - the first is the crust is not as golden-brown and crispy as I would have liked it. I took them out when the edges are turning golden-brown, but I think I should have baked them longer to achieve the really crispy exterior and soft interior.

The second has got to be the clean up! I forgot to grease the tin (silly, silly me), and some potato strips were stuck to the muffin tin - a real pain to get rid of them! I hope greasing the tin will be sufficient... if not I might line the whole muffin tin next time...

But overall I'm really glad the quiche is so well-received. They are no longer warm when I brought them to the picnic, but still very delicious! Will definitely be making them again for potlucks / parties!

On a side note, I cannot believe July is already ending! This is my last potato post for the Little Thumbs Up event, but definitely not the last on my blog - I'm very crazy over potatoes. Thank you so much for joining me in this event! We've received close to 150 entries, amazing effort put in by you guys! A huge thank you to Zoe and Mui Mui for letting me host this event, it's been really fun and I hope to do it again (:

Don't forget to join the next month's Little Thumbs Up - hosted by Diana from Domestic Goddess Wannabe. The theme is FLOUR and it will start on 5 August 2014! Please note that only wheat flour is accepted for this event!

This post is for Little Thumbs Up (July 2014 Event: Potato) - organised by Zoe (Bake for Happy Kids) and Mui Mui (My Little Favourite DIY) and hosted by me! Do hop over HERE to see the linkup! 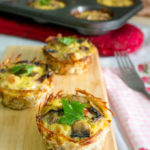