Today a few buddies of mine came over to my house for a chill-out session. And luckily one of them brough her camera over and therefore I’m able to post about the food that I prepared just now. 🙂

You know there are times when your friends said they are coming over and you have totally no idea what to cook for them? And obviously you won’t want to busy yourself in the kitchen while they are chilling out outside in the living room or in your room. Therefore I always like to prepare food that are really easy and does not require a lot of attention – and these are the things that I cooked today. I didn’t really cook a lot, just prepared some very easy (and yummy!) finger food.

Honestly, who can say no to bacon? I can never say no to bacon, especially baked, streaky bacon. The juice, the crisp, the heavenly-oh-so-good taste… haha so Bacon-Wrapped Enokitake Mushrooms became one of the simplest dish that almost anyone can prepare. Just grab some streaky bacon (I gave them a wash because they were soaked in sodium nitrate – which makes them salty), sprinkle with a good dash of ground black pepper, divide the enokitake mushrooms evenly among the bacon and roll them up, securing with a toothpick. Bake in a preheated oven of 180 degrees Celsius until bacon is cooked through and mushrooms are soft. During the course of baking, the bacons and mushrooms released more juice than i thought, so I removed the bacon-mushrooms, pour away the juices then replace the bacon-mushrooms and continue baking them.

I also prepared some potatoes. They are so easy and so good that they were gone very soon right after they exit the oven. Potato lovers should really try this and this is a much healthier version of potato chips. I called it Baked Curry Potato Chips. Peel and thinly slice the potatoes into rounds (around 1/4-inch thick). Place in a pot of cold, salted water and bring the water to a boil. Once the water starts to boil, drain the potatoes well and transfer to a bowl. Drizzle olive oil, and sprinkle black pepper, salt (if you want) and curry powder and mix thoroughly. Transfer onto a baking sheet lined with aluminium foil in one layer and bake at 200 degrees Celsius until cooked through. Turn up the heat to 225 degrees Celsius to give the chips a good crisp.

And the best thing about cooking these? Is the minimum washing! Everything is baked on baking sheets lined with aluminium foil, and you can just serve these finger food directly from the baking sheets itself, and hence it’s convenient, fast, and fuss-free!

Yum~ give them a try, and happy cooking over the weekend! 🙂 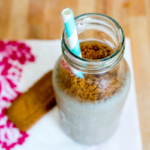 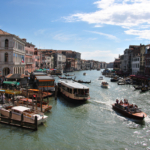 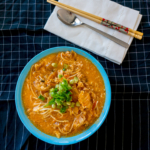 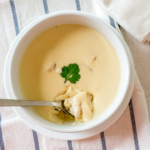 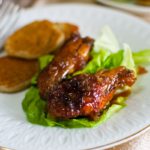 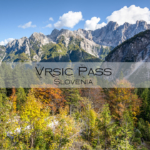 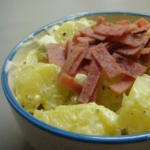 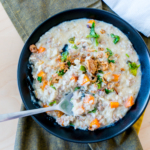