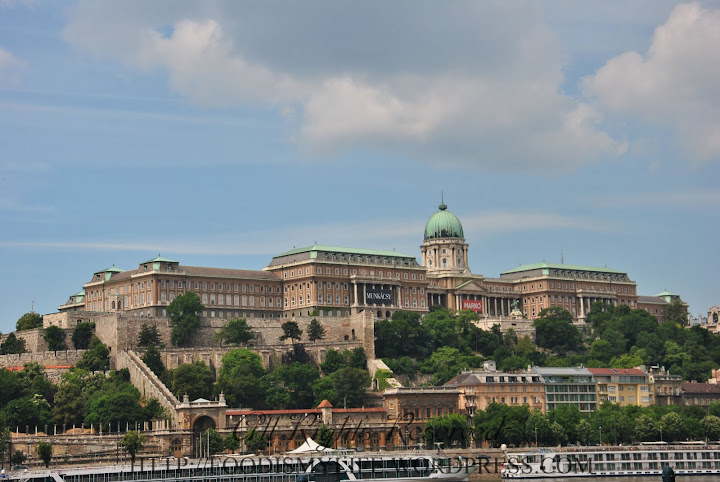 On the next day, we participated in a free walking tour. The concept is actually pretty cool: local students will volunteer and be tour guides, and we will just walk from one destination to another and these tour guides will explain the history and some fun facts behind each destination. There's no fee in signing up for it, and if you're happy with their services, simply tip them at the end of the tour. There's often a theme to their walking tour, like the normal history walk, the Jewish walk, the Communist walk etc. 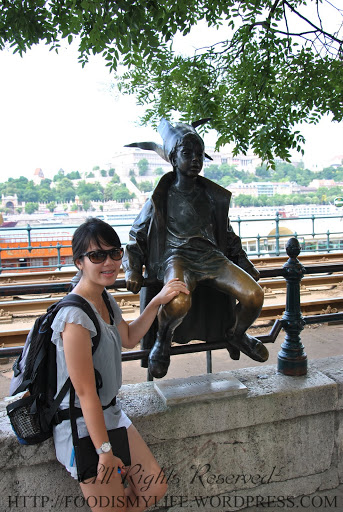 We started off by visiting some good luck. (: This is a popular statue sitting on the railing near to Vigadó. We were told by our tour guides that Marton actually wanted to sculpt a little boy, but because he only has a daughter, he carved the sculpture using his little girl's face but make her wear a little boy's clothings. Rub her knees for some good luck! 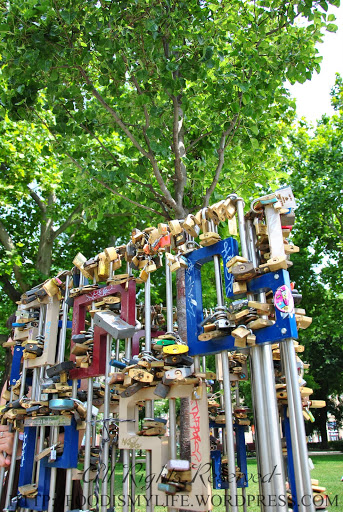 Next, we walked to see Budapest's version of Ponte Milvio, which is for lovers to write their names on a padlock, lock it onto the structure and throw the key away to lock their love together forever. 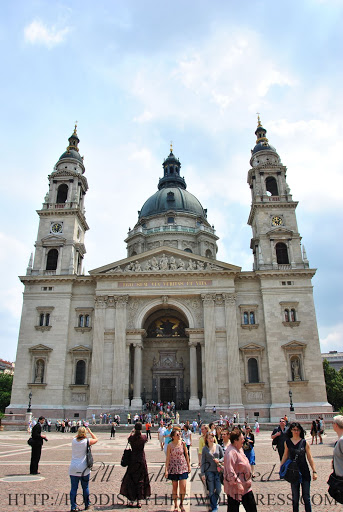 St. Stephen's Basilica is the largest church in Hungary completed in 1905. This neoclassical building houses a sacred relic of King Stephen I. 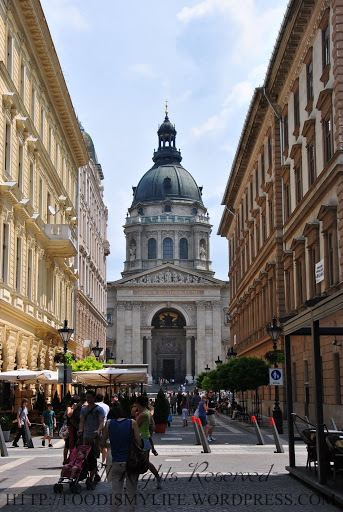 Another view of St. Stephen's Basilica 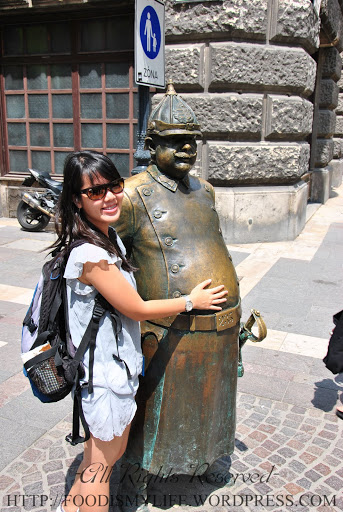 This is another good luck statue - for dinner! We were told to touch this policeman statue's belly for good luck in finding delicious food for dinner. 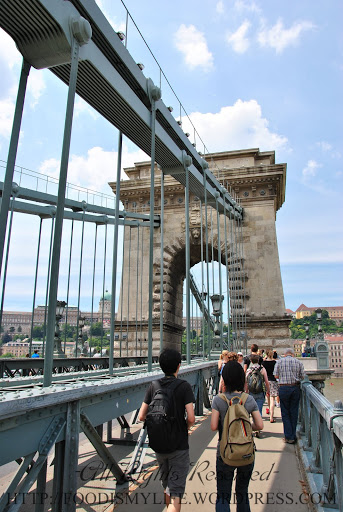 After that, we crossed the Széchenyi Chain Bridge to the Buda side. 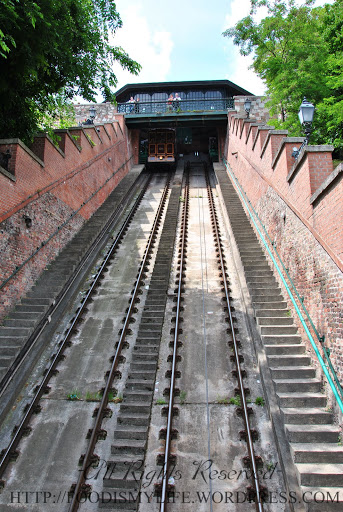 We were headed towards the Buda Castle, and we spotted a tram up the hill. But of course, being a walking tour, we walked up the hill instead of taking the tram... It's good exercise though! 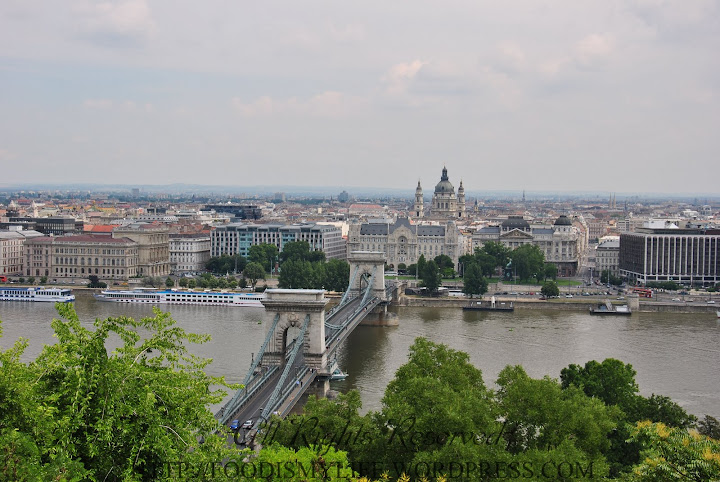 We reached the top of the hill and we were rewarded with the beautiful views of the Pest side. Spot the St. Stephen's Basilica? (;

The walking tour doesn't cover the Buda Castle, so we could actually walk back at the end of the tour to visit the Castle, but we weren't that interested... 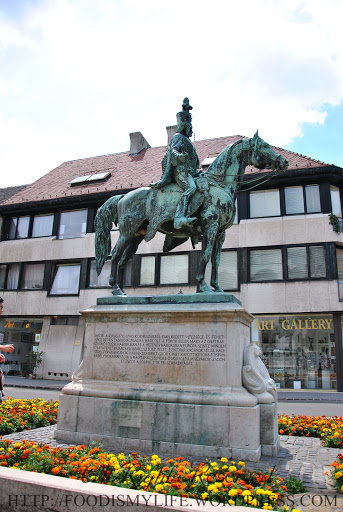 This Hussar General is well known for his feat in capturing the Prussian capital Berlin during the Seven Years Wars (1756 - 1763). 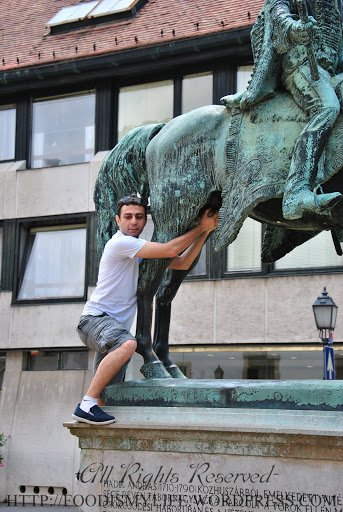 What's interesting about this status is that the horse has balls... And our guide told us that touching it will bring you good skills in bed (hahaha). Another version that we actually read online is that students often come here and touch the balls for good luck for their examinations. 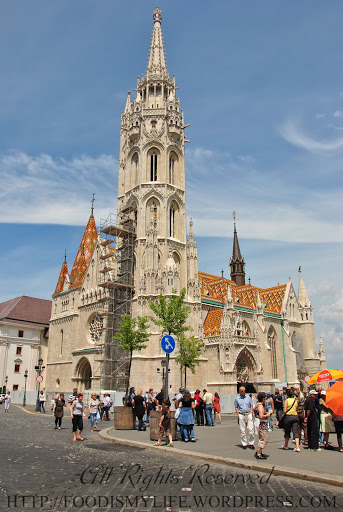 Though this church is officially named the Church of Our Lady, it is more popularly known as Matthias Church, after the much-loved 15th-century king, King Matthias. 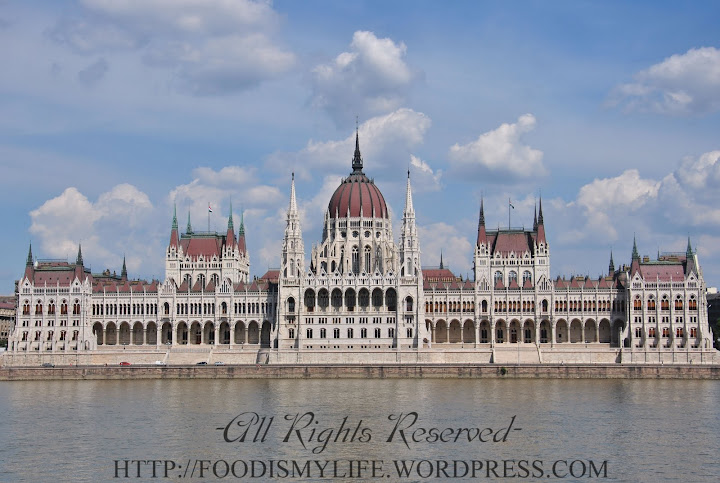 Our tour ended at Matthias Church and we walked down the hill to the Danube River for a view of the largest building in Hungary - the Hungarian Parliament Building. It's one of the nicest and most impressive Parliament houses I've ever seen. 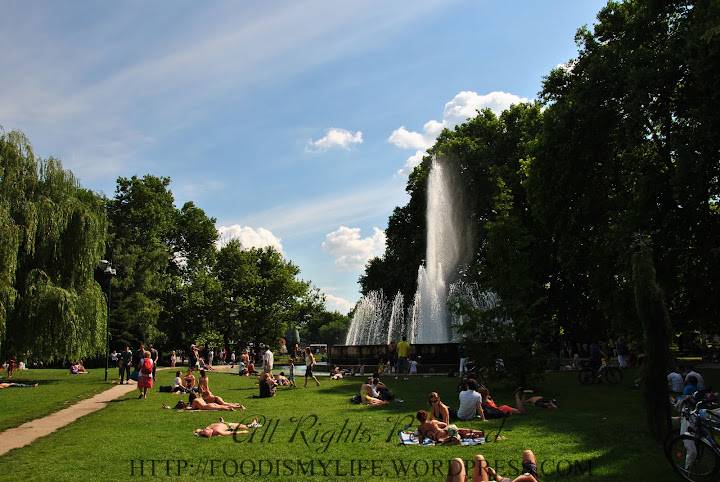 After that, we took a really, really long walk to Margaret Island to relax for the rest of the day. (: Margaret Island is a 2.5-kilometre long island situated right in the middle of the Danube River in Budapest. The fountain in the photo is actually a Music Fountain - the water will spring out according to the music played. 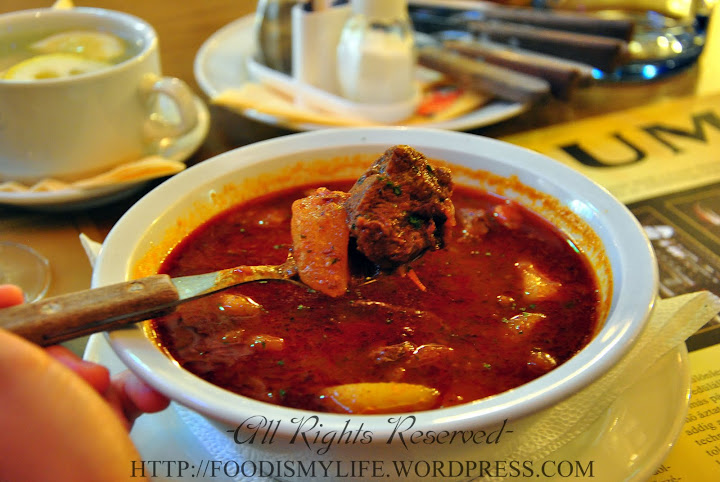 We stopped at Budapest for only 2 days and it was so unfortunate that the 2 days were a public holiday and a Sunday - meaning a lot of shops were closed except for touristy ones. But we were still lucky to found a bar (forgot where it was!) that has a really awesome and tasty Goulash Soup - rich, thick and full of spices! If you are planning a visit to Budapest, don't forget to check out this site for some tips on choosing your accommodation!

Next stop will be Vienna! (: