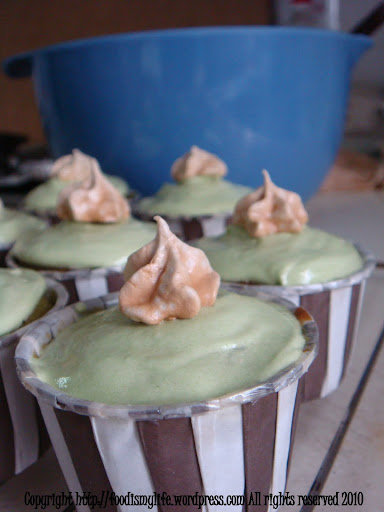 It's been a very long time since I last posted an entry here. Ever since school started, the workload is ever-heavy and most of my free time are being spent relaxing by watching movies and dramas, reading food blogs and solving jigsaw puzzles. I do cook much more often as I now stay in hostel because I am determined to avoid food that are loaded with MSG, unhealthy oil and un-fresh ingredients as much as I can. I do want to take photos of the cooking process and share it with everyone, but it's kind of embarrassing when someone walks into the pantry (the pantry is being shared among the occupants on the same level) when I'm taking photos of the cooking process. I have already gotten a lot of stares by the occupants when they see a non-foreigner cooking French toast, vermicelli, soups, pastas etc. Call me a coward/hum-ji, but the feeling is just so uncomfortable. >.< 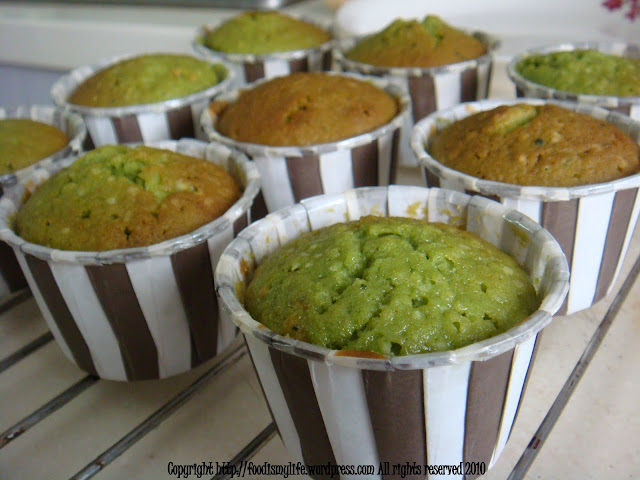 I baked these green tea cupcakes almost a month ago, when I baked the green tea meringue stars. The cupcakes and the frosting recipe both come from Cupcake Bakeshop, aka Cupcakeblog. It's a fantastic food blog with numerous cupcakes recipe ranging from chocolate to fruity to nutty. And at that point in time, I was looking for something that was not a chocolate based cupcake, I was in the phase of no-chocolate-please (but don't worry, the chocolate cravings have since crawled back). I bought some bakeable green tea powder from my local bakeware shop so I decided to try out some green tea cupcakes. I call it bakable green tea powder instead of matcha because I am not so sure that it is the authentic matcha powder, but the green tea powder does have a very nice green tea smell. 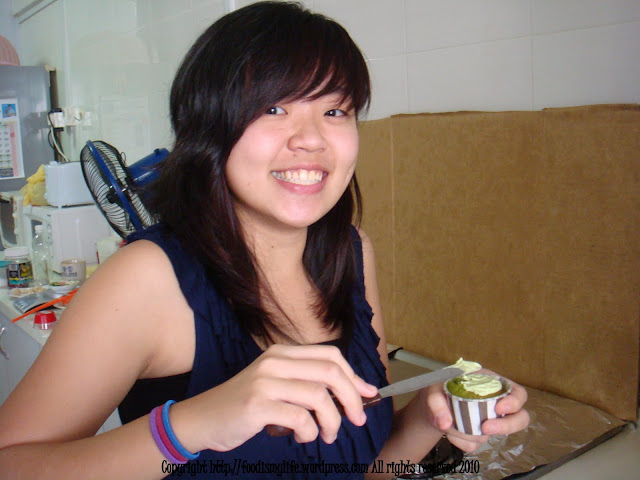 A friend came over to help frost the cupcakes. She ain't a big fan of green tea but she loves to help (and in the process, makes a mess of the kitchen). d:

The cupcake recipe was butter-based and was fairly easy. They didn't look very appetising when they came out from the oven, but looks can really be deceiving. The cakes are soft and with a nice green tea flavour that won't put people off. The only thing was that it called for an additional egg yolk thus I ended up with a leftover egg white. So I decided to make some meringue and to top it off with the green-tea spirit, I added a little green tea powder in the egg white batter. The stars didn't have a very strong green tea taste but are still yummy nonetheless. My friend with a sweet tooth finished them all in just an hour! 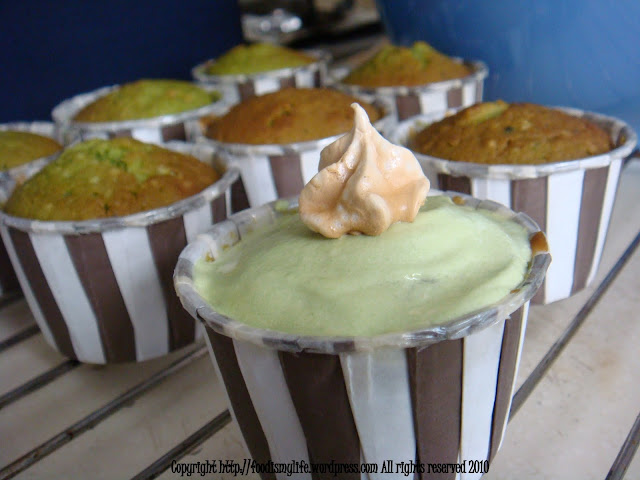 The first cupcake to be iced...

The frosting I used was a buttercream frosting and since I don't like a too-sweet frosting, I added less icing sugar and ended up with a more watery frosting. Of course, the green tea spirit was not missed. 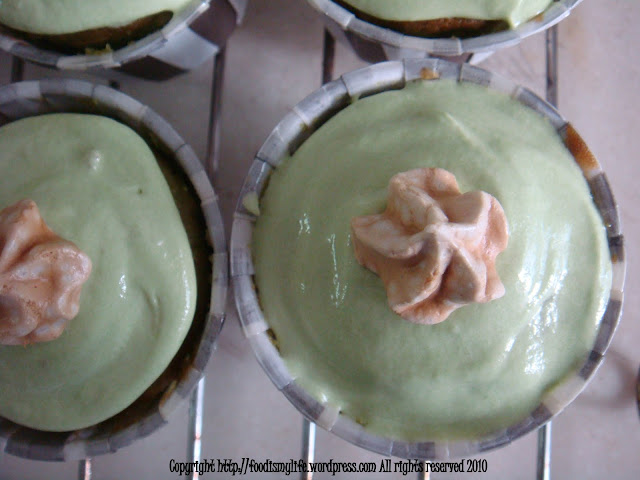 The overall resulting cupcakes are light, fluffy and with a good punch of green tea flavour. I'm sure green tea fans will love this recipe to bits. I love this recipe and X loves it too as he's a huge fan of green tea. I am tempted to try this again in the future with the real deal - the true-blue authentic matcha powder, to see what is the difference. However, I need to finish using the bakable green tea powder first. Maybe I can make some green tea mousse the next time... But the weather is so unbearably hot these days... how about green tea ice cream? 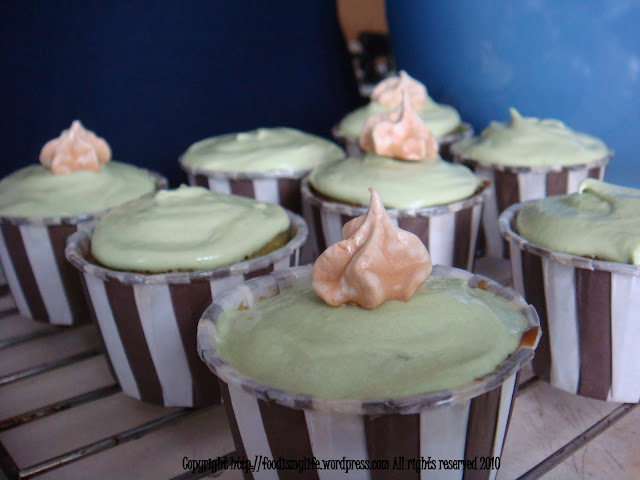 I reduced the sugar in the cupcake from 225 grams to 170 grams as I don't like the cakes to be too sweet. I am not sure how much icing sugar really go into the frosting as to me, it is really about adding and tasting. If you really want to know how much, I can only guess I added around 2 cups or so.

Preheat the oven to 175 degrees Celsius. Whisk together flour, baking powder, salt and green tea powder in a bowl. Set it aside.

Fold in the flour mixture in three parts, alternating with the milk, beginning and ending with the flour mixture. Divide the batter into 12 cupcakes cup and bake for 22 to 25 minutes until the cupcake has risen and a skewer inserted into the centre of the cake comes out clean.

Let the cupcakes cool completely on a wire rack before frosting them.

Beat the butter with an electric mixer until soft and fluffy. Beat in the green tea mixture. Continue beating and add in the icing sugar, until the frosting reaches your desired consistency and sweetness.

Frost the cupcake in anyway you like and top with a Green Tea Star. 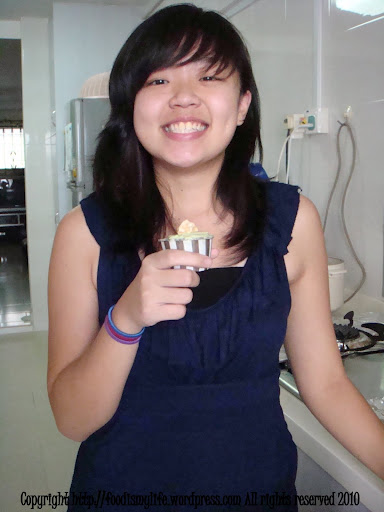