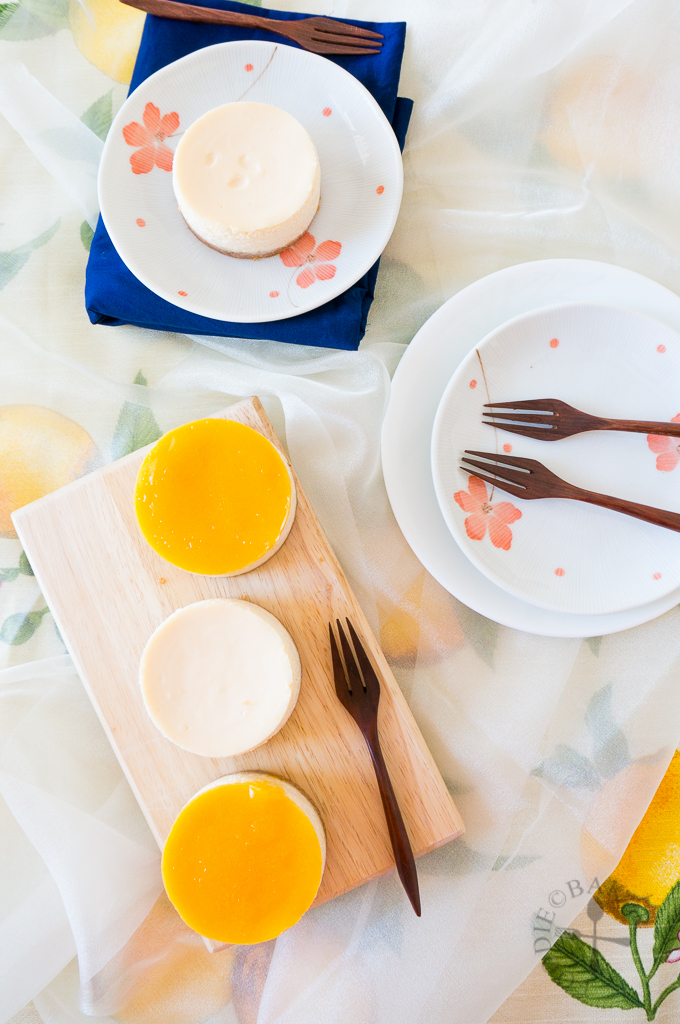 After a long hiatus, I'm back to join the Bake-Along! And what a coincidence is that this Bake-Along is for its 4th Birthday! The theme decided by the 3 ladies - Zoe from Bake for Happy Kids, Joyce from Kitchen Flavours and Lena from Her Frozen Wings - behind Bake-Along this time round is cheesecake, how exciting and delicious, isn't it? (: 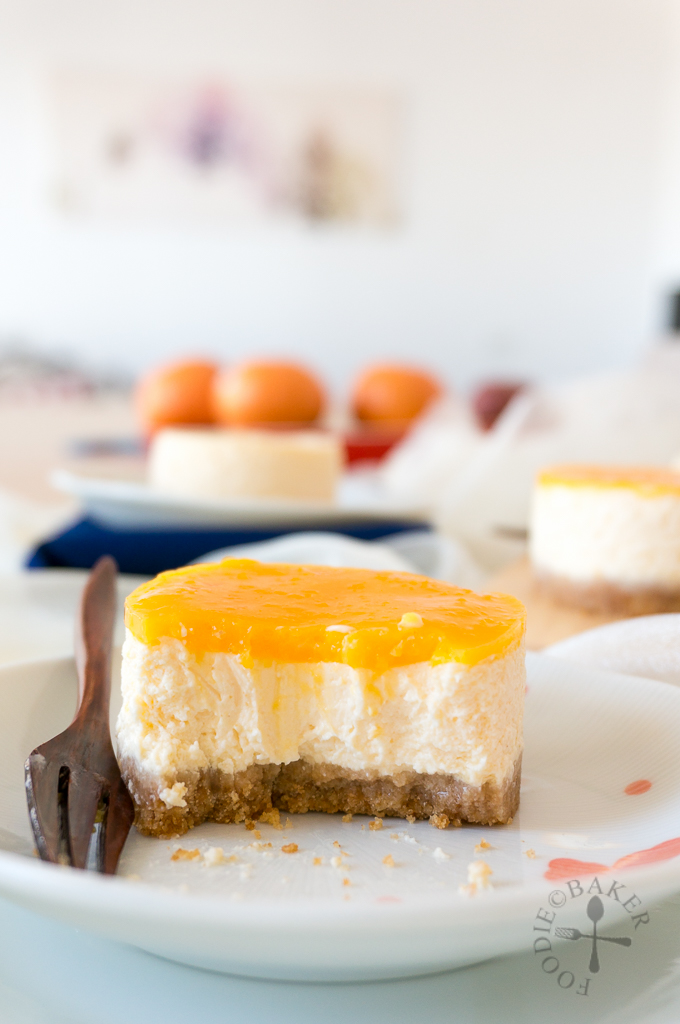 Ever since moving 8,000 km away from Singapore to a country in which the official language is not English, there have been several frustrating and embarrassing incidents while I was grocery shopping.

I spent a long time in-front of products, fumbling with my phone and trying to take a photo to scan to Google Translate to figure out what was printed on the packaging, often to no avail. Many usual and familiar products we see in Singapore are nothing but a distant memory and fondness. I also remember awkwardly describing to the butcher for the part of meat I want - just imagine trying to tell him you want to buy chicken breasts or chicken thighs! In Chinese we call it 鸡同鸭讲 (ji tong ya jiang), which is literally translated to a conversation between a chicken and a duck, and this is exactly what I experienced when conversing with the butcher.

I'm learning the new language slowly via online sources, but I'm hoping to go for some classes so that I can learn faster. Thankfully most of the people here know basic English and are really nice, friendly and patient (sometimes a shopper will intervene and translate what I want to the butcher, I'm so grateful to these kind souls!), though I honestly think most of the time they are more amused by me haha. 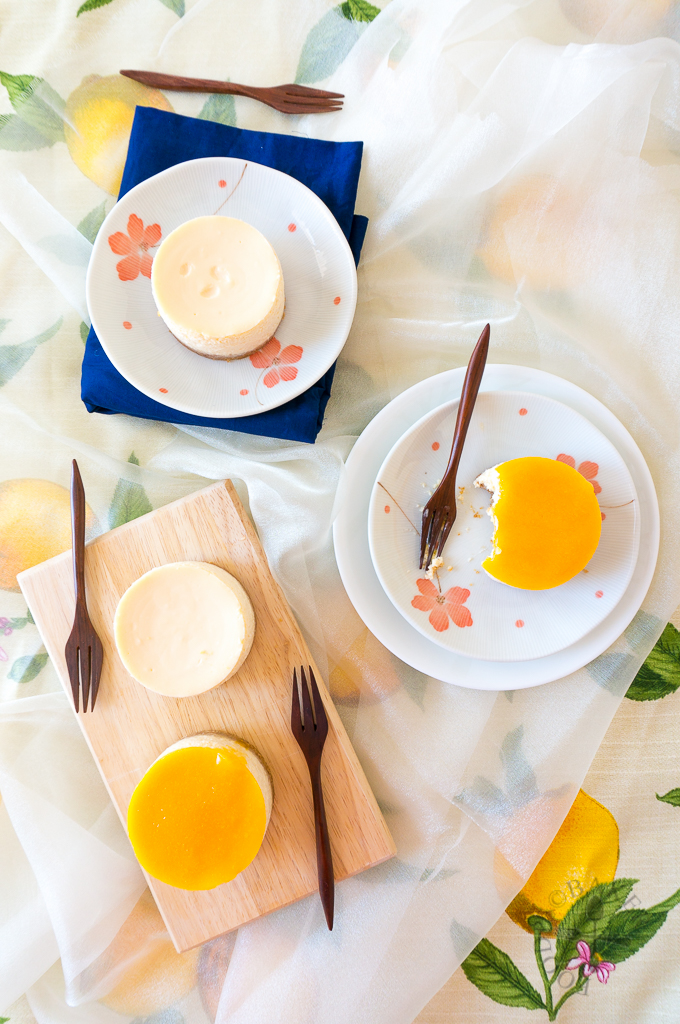 So while shopping for the ingredients for this cheesecake, I couldn't find digestive biscuits, so I bought a packet of biscuits labelled "petit beurre", which I Googled and look like a possible substitute. Petit beurre turns out to be a plain butter biscuit, which makes a good and buttery base for the cheesecake. The usual block cream cheese is also not in sight, so I settled for the tub version - the tub cream cheese is a little soft, but thankfully the egg managed to hold the cheesecake together.

When I make a lemon dessert, I want one that will make my face "sour", in the literal sense. So I made a lemon curd (with reduced sugar) and top a very thin layer on top of the cooled cheesecake. I made only ½ the amount of lemon curd as I know it will be too sour for X and I was right, the one with the lemon curd made his face cringed so badly that I laughed out loud (oops). Without the curd, the cheesecake is still good, a light hint of lemon with a buttery crust. But the curd really up the notch in lemon flavour - I really love the combination of the sour-ness of the curd, the creaminess of the cheesecake and the buttery crust. I drowned one in chocolate syrup and oh god, I wish I have the waist line to accommodate more.

Happy Birthday Bake-Along! This event is hosted by these wonderful ladies - Zoe from Bake for Happy Kids, Joyce from Kitchen Flavours and Lena from Her Frozen Wings. See at the end of the post for all the yummy cheesecakes by other fellow bakers!

Edit 10/5/2015: Also submitting this to Best Recipes for Everyone May 2015 Event (Theme: My Favourite Desserts), organised by Fion of XuanHom's Mom and co-hosted by Aunty Young. Thank you Aunty Young for the invitation! 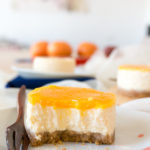 This lemon cheesecake is perfect for those who like a "sour face". If you are not a huge fan, omit the lemon curd or increase the amount of sugar used in the curd.
By Jasline N.
Prep Time45 mins
Cook Time25 mins
Total Time1 hr 10 mins
Servings: 4 2.5-inch mini cheesecakes