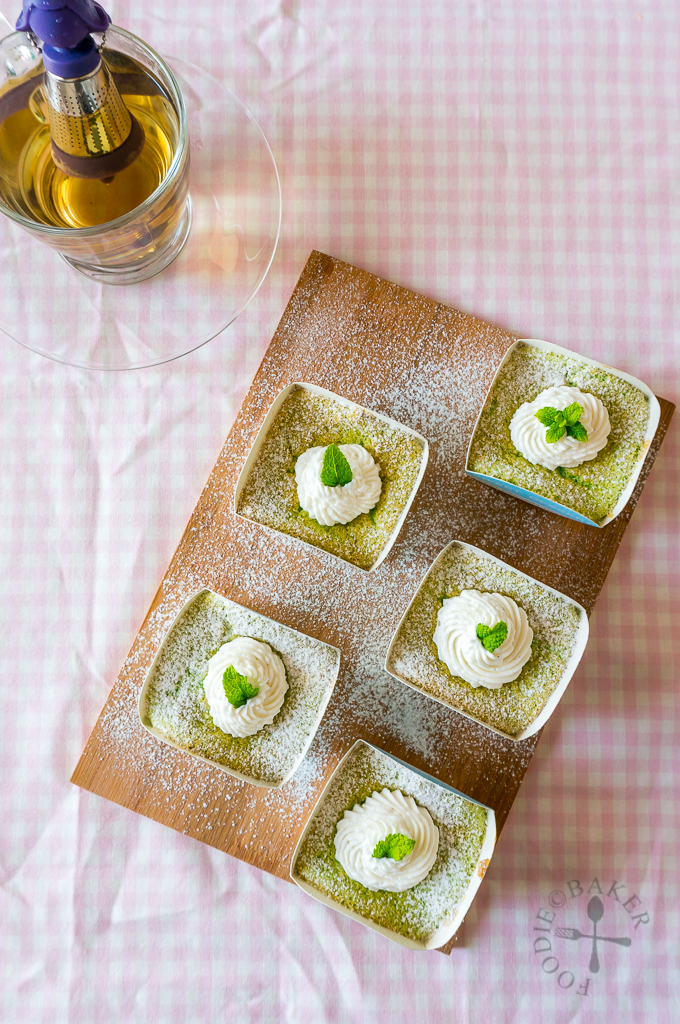 Hokkaido chiffon cupcakes are the rage over the past few years and I can understand why - pillowy soft sponge cakes filled with a generous amount of sweetened whipped cream or custard, what's not to love? I had tried baking a few of them before but they all didn't turn out very well, hence they only made it into our stomachs but never on the blog. As the dateline for Bake-Along draws nearer, I decided to attempt these chiffon cupcakes again, and I'm so glad I did! 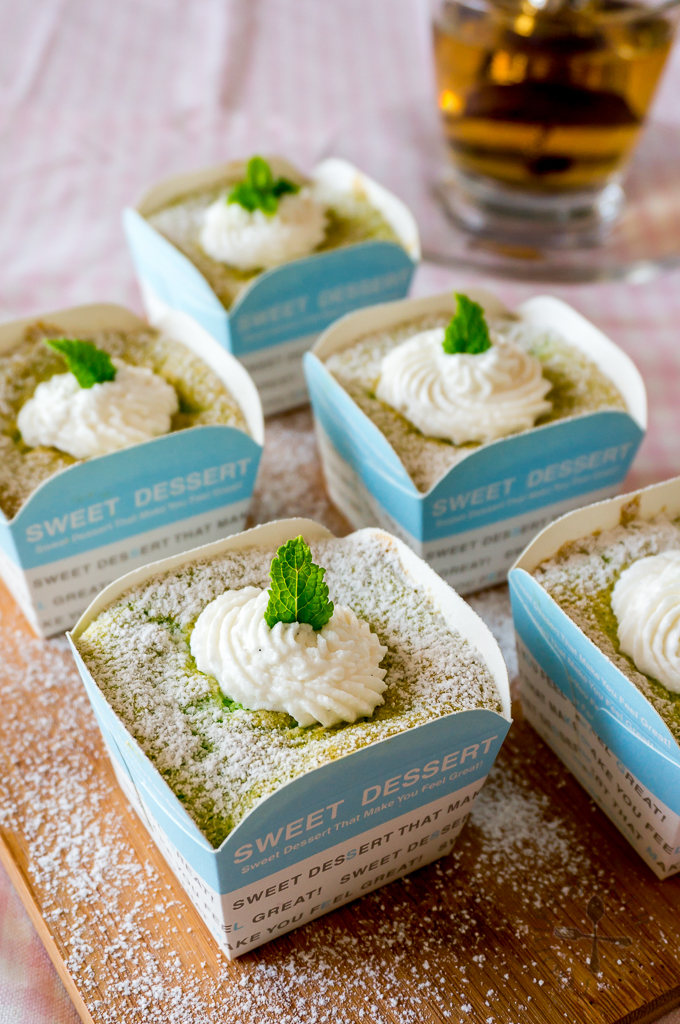 While browsing through my extensive collection of chiffon cake recipes, I saw a pandan chiffon recipe that I bookmarked from Doreen's place (My Little Favourite DIY) a few months back. She claims that the recipe is fail-proof, so of course I have to give it a shot! I also love how the quantities are measured in weights (even the eggs) instead of in cups as I believe it's more precise and accurate. 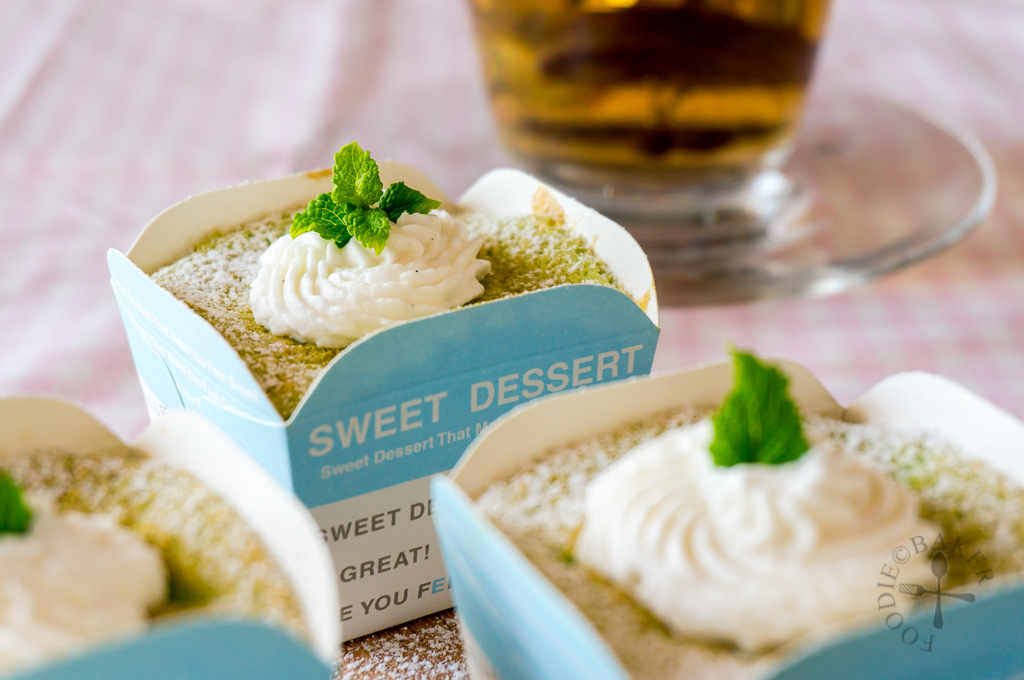 Before the move, I was afraid that I won't be able to get any pandan leaves here (and I was right), so I brought along a small bottle of pandan extract that I bought in Singapore. The brand I used was Koepoe Koepoe, a highly recommended brand as it is intense in flavour with a deep green colouring - hence a little goes a really long way. I used only ¼ teaspoon to get this brilliant green colour and a light pandan flavour.

The cake is pretty easy to assemble - the only tricky part is the whipping of egg whites and the folding of them into the egg yolk batter. I blogged a slightly detailed sponge cake tutorial in the past here (so that I can refresh my memory when I need to), but I'll extract the egg white and folding parts. 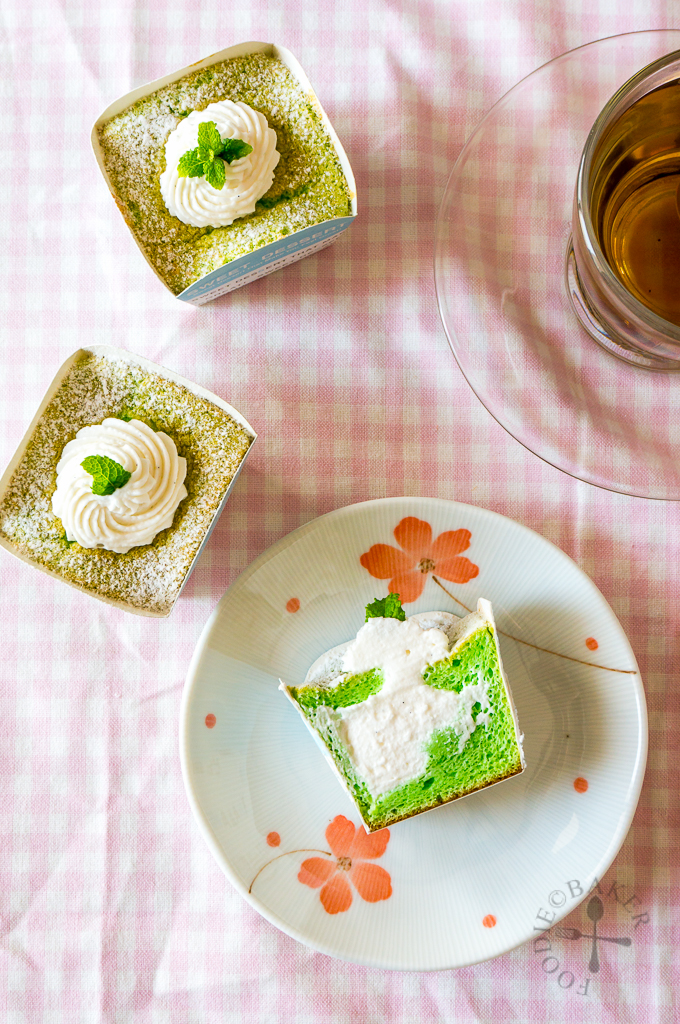 The Bowl Part 1
The most preferred bowl to use when beating egg whites are copper bowls. But honestly, how many of us out there own a copper bowl? A metal bowl works best (mine is a stainless steel bowl) but glass or ceramic bowl can be used too. Plastic bowls are not preferred as they retain grease easily – which prevents the eggs from beating up and achieving maximum volume.

The Bowl Part 2
Once you have gotten the bowl, make sure that the bowl is dry and free of grease before you add in the egg whites. Any liquid or grease in the egg whites will prevent the whites from achieving maximum volume..

The Egg Whites
The egg whites should be at room temperature to attain maximum volume. There should also not be any trace of egg yolks in them as they will prevent the whites from beating up. I like to separate my eggs when the eggs are cold as it is easier. Then I’ll let the eggs come to room temperature before using them.

Sadly, the video is no longer available. I'll see if I can video down my attempt in folding the egg whites, then upload it here! 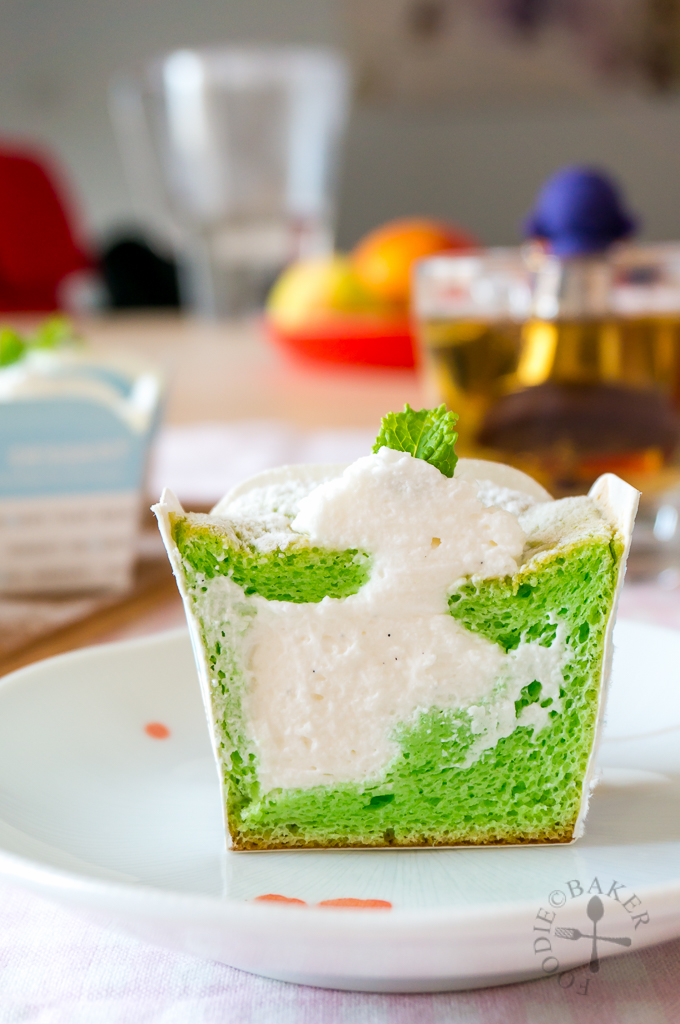 Overall, this bake is a huge success - the cupcake is extremely soft and pillowy, even after a night's refrigeration! I have already eaten 2 (straight from the refrigerator) while I'm typing this post *burps* I'm going to bake this into a chiffon cake this weekend and bring them out for an outing, can't wait! 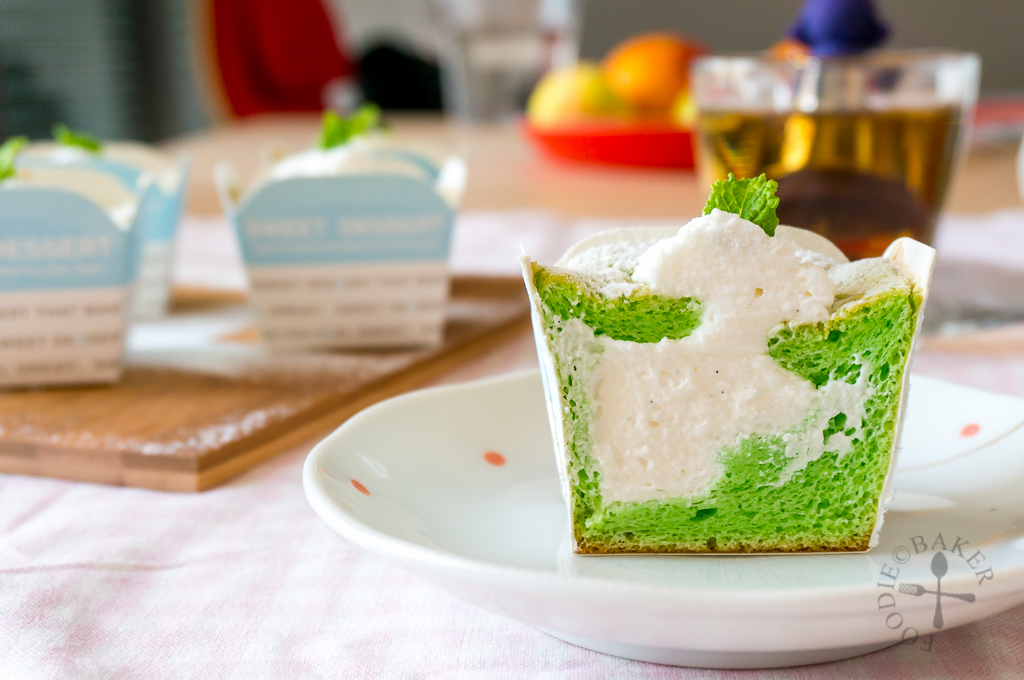 This is for Bake-Along #84 : Hokkaido Chiffon Cupcakes hosted by Zoe from Bake for Happy Kids, Joyce from Kitchen Flavours and Lena from Her Frozen Wings.

I'd also like to say a huge thank you to Doreen for her yummy and indeed fail-proof recipe! 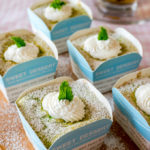