I have a love-hate relationship with ice cream. I love eating it, but I hate the calories and fat it gives me. So today I'm sharing a Nah I'm just kidding, I don't believe there's such a thing as low-fat ice cream. It's either you eat it, or you don't. So if I'm going to eat some ice cream, I'll definitely go for one that is worth every single calorie and fat it's going to give me, like this vanilla gelato!

Even though gelato is Italian for ice cream, there are still differences between gelatos and American-style ice creams. The main differences lie in the fat content and air incorporated. SeriousEats did a very thorough explanation on this, so you can head over for a read!

Fat content: American-style ice cream contains a lot more fat - a look at David Lebovitz's vanilla ice cream shows that the ratio of milk to cream is 1:2, while for this vanilla gelato recipe, the ratio is 2.5:1.

Air incorporated: American-style ice cream is churned quickly to incorporate air inside, which increases the volume of the churned ice cream by at least 25%. Gelatos, on the other hand, are churned at a slower speed, so you don't get as much volume.

What Does It All Mean? 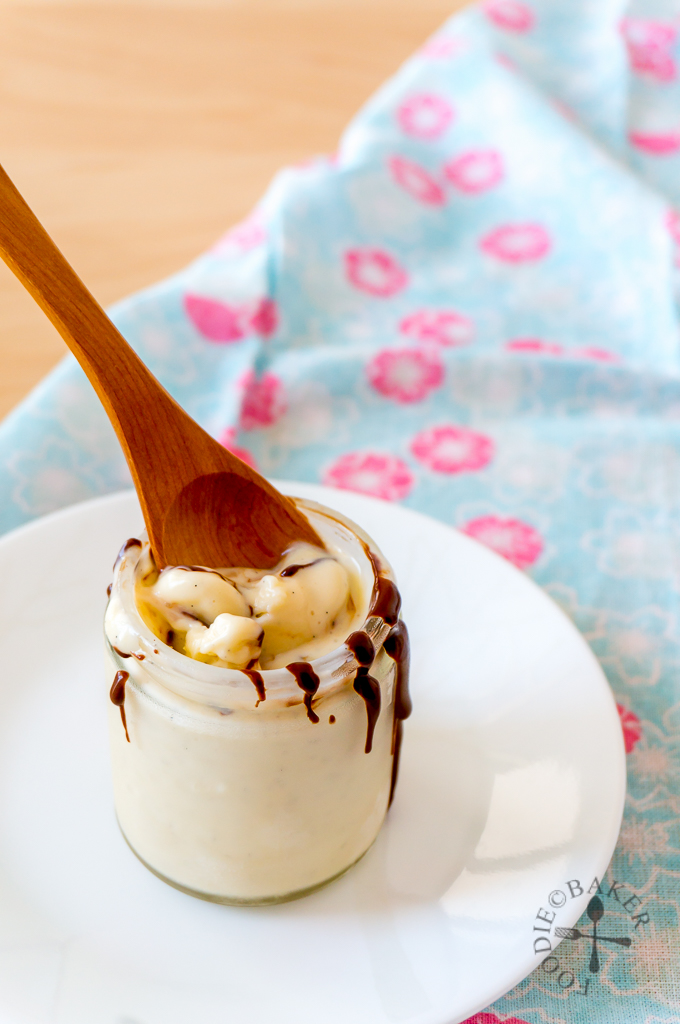 This vanilla gelato is a simple and straightforward recipe like many other recipes out there. which consists the making of a custard. Making a custard is not difficult, as long as you don't overcook it! I don't have vanilla bean so I used my favourite vanilla paste from Nielsen-Massey which did the job perfectly in my humble opinion.

The bowl of my first ice cream machine got damaged so this is churned in my new ice cream machine that I got last year. It is a mini one which comes with two bowls that make only ½ pint of ice cream each (standard ones make about 2 pints, aka 1 quart). I'm the only one who eats ice cream at home as X eats only sorbets, so it only makes sense to make a small batch of ice cream each time. Otherwise, my waistline will just go... poof!

Some of the ice cream is stored in a small jar while the rest are frozen in silicone moulds to go with my Matcha Lava Cake (also specially tailored to make only 1 or 2 cakes!) Here's how to make it if you are interested! 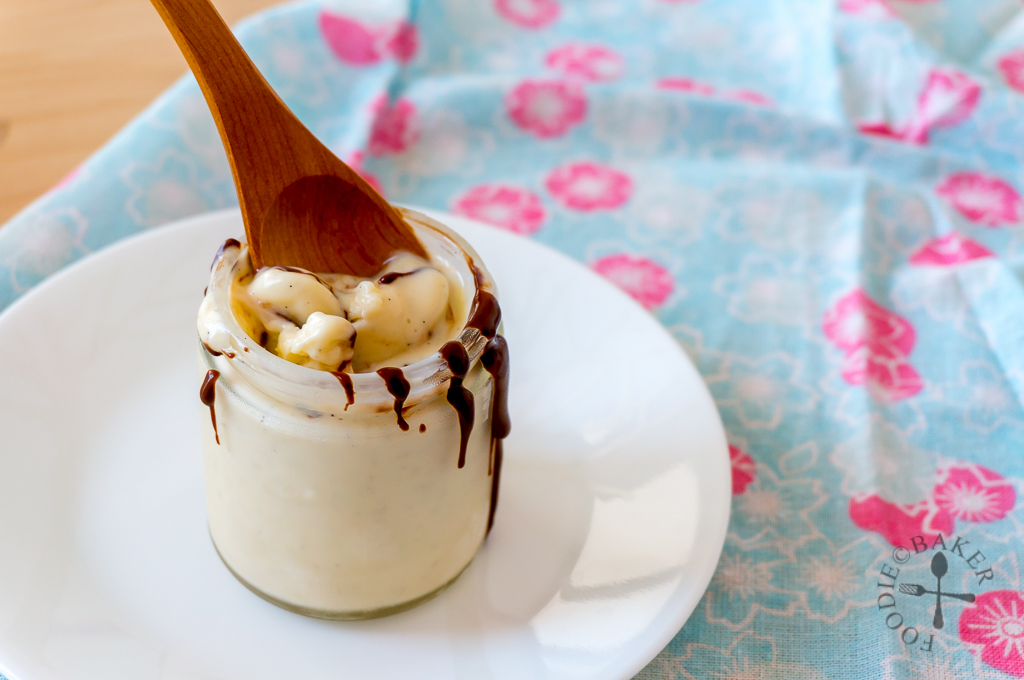 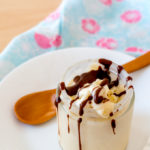 - Double the quantities used if you want to make 1 quart of ice cream. - Adapted from Italian Food Forever
Tried this recipe?Mention @foodiebaker or tag #foodiebaker!