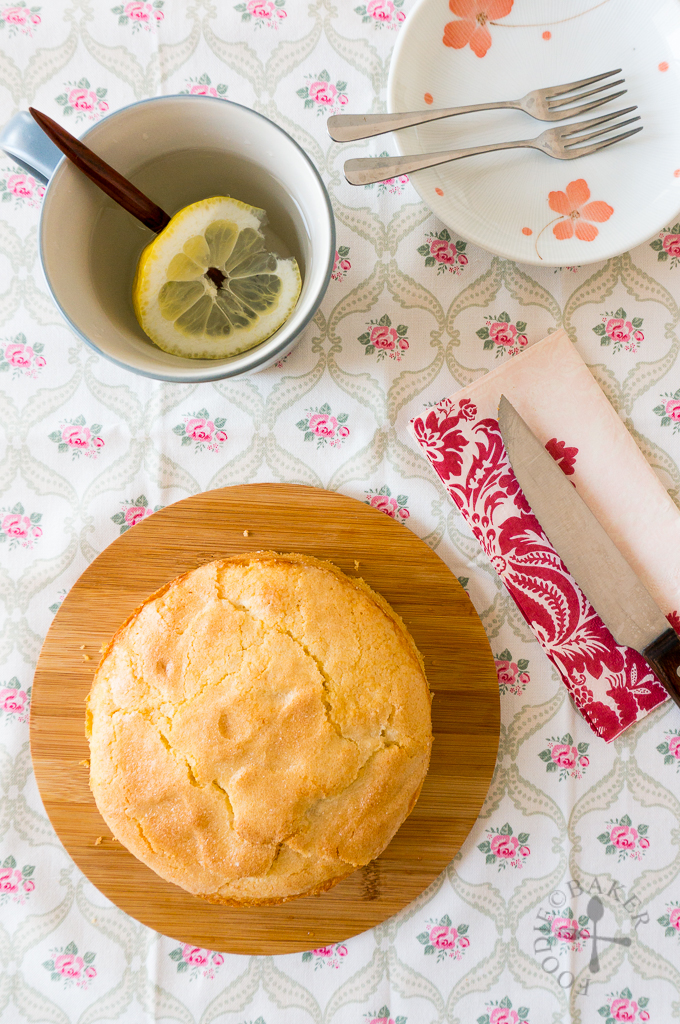 When I saw that the theme for Bake-Along this time round is Madeira Cake, I decided to Google and find out what's so special about this cake that is named after a place in Portugal. It turns out that the cake is not from Portugal, but originated in England around the 1800s, and that its name, Madeira, is named for the wine it often accompanies.

Madeira wine is a fortified Portuguese wine made in the Madeira Islands. To accompany this wine which was a popular beverage in Europe since 16th century, this cake was developed, which consists only of butter, sugar, eggs and flour. Lemon juice and zest are later often added to give it a slight tang, and no wine was harm in the making of this cake (only after the cake is made). 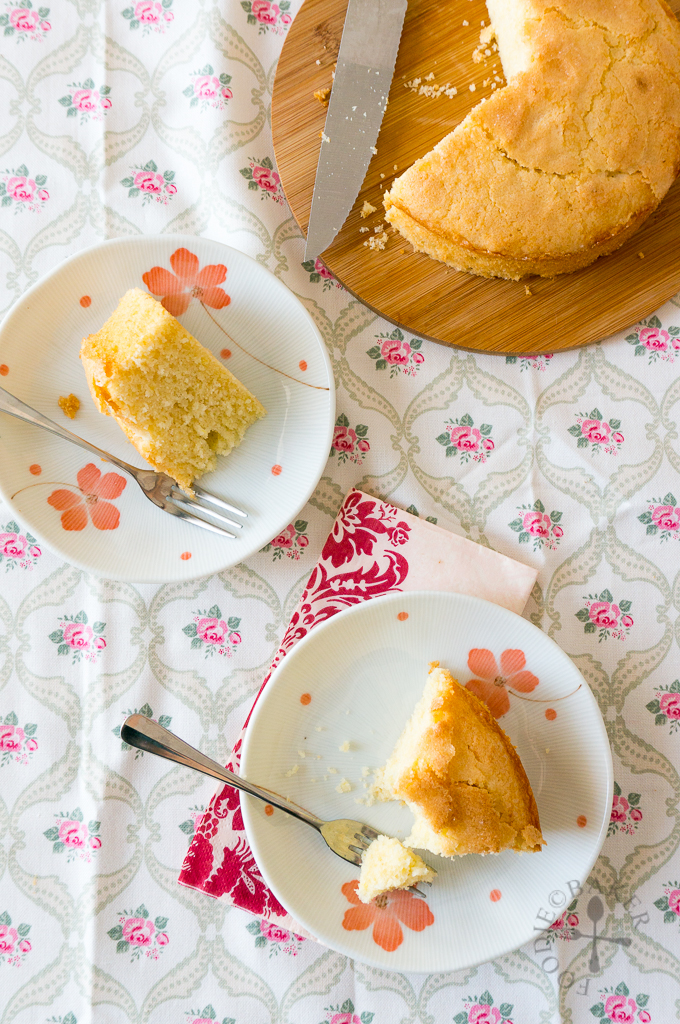 Nigella's recipe yields a huge cake, and as I don't have so many mouths to feed, I scaled down the recipe to ⅓ to make a 5-inch round cake, which was enough to feed us for 2 to 3 days (as breakfast for X and as tea-break for me). I also modified the recipe a little so that I can put in cup measurements and increased the amount of lemon required in the recipe because I'm sure you all know by now, I love a strong lemony taste in my bakes. 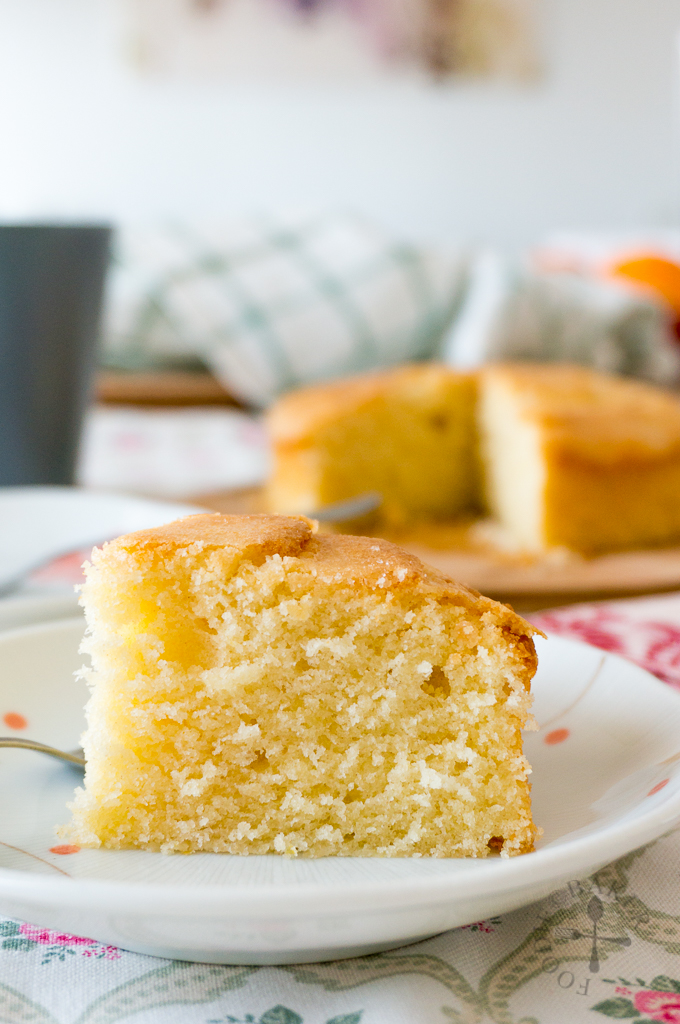 The resulting cake is light but still rich and buttery. X says the texture was interesting because it was like eating a sponge cake and a rich butter cake at the same time. I'm glad I increased the amount of lemon as it adds a refreshing and lingering tang to the cake, and coupled with the crunchy sugar topping, it just keeps me coming back for more. But I have to restrain myself, otherwise my waistline is just gonna go *poof*!

Bake-Along is hosted by these wonderful ladies – Zoe from Bake for Happy Kids, Joyce from Kitchen Flavours and Lena from Her Frozen Wings. See at the end of the post for all the yummy Madeira Cakes baked by other fellow bakers!

(The next Bake-Along theme is Croissant and I have to apologise that I won't be joining as it's a too challenging for me as I haven't master bread-baking yet, perhaps next time!) 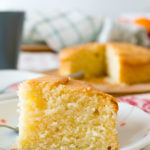