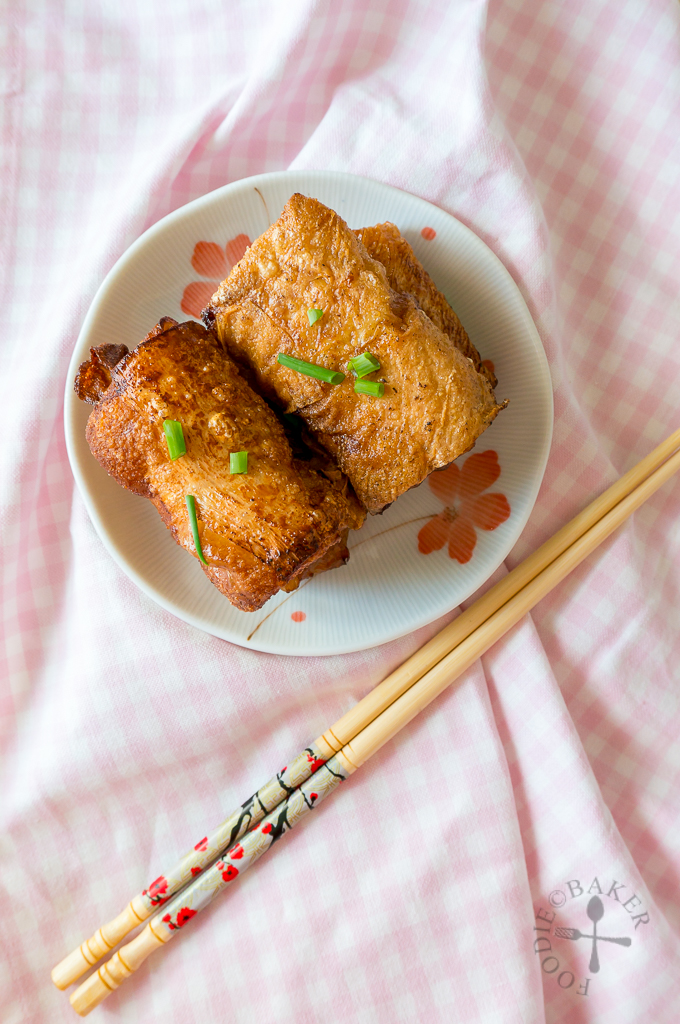 Dim sum is a style of Cantonese cuisine, where small, bite-sized portions of food are served, just like tapas. It is usually eaten in the morning and traditionally the server will push out a metal cart, with steamer baskets or small plates of food on it, and patrons will order whatever they want from them. Nowadays it's a lot easier as we can simply place our orders on the menu that's printed on a piece of paper, pass it to the server and the server will return with our food.

Beancurd roll is one of my must-order dishes whenever I have dim sum, especially the fried version. The paper-thin crisp beancurd skin is simply irresistible! Seeing that May is hosting the Best Recipes for Everyone this month, I decided to try making some to join in the fun! 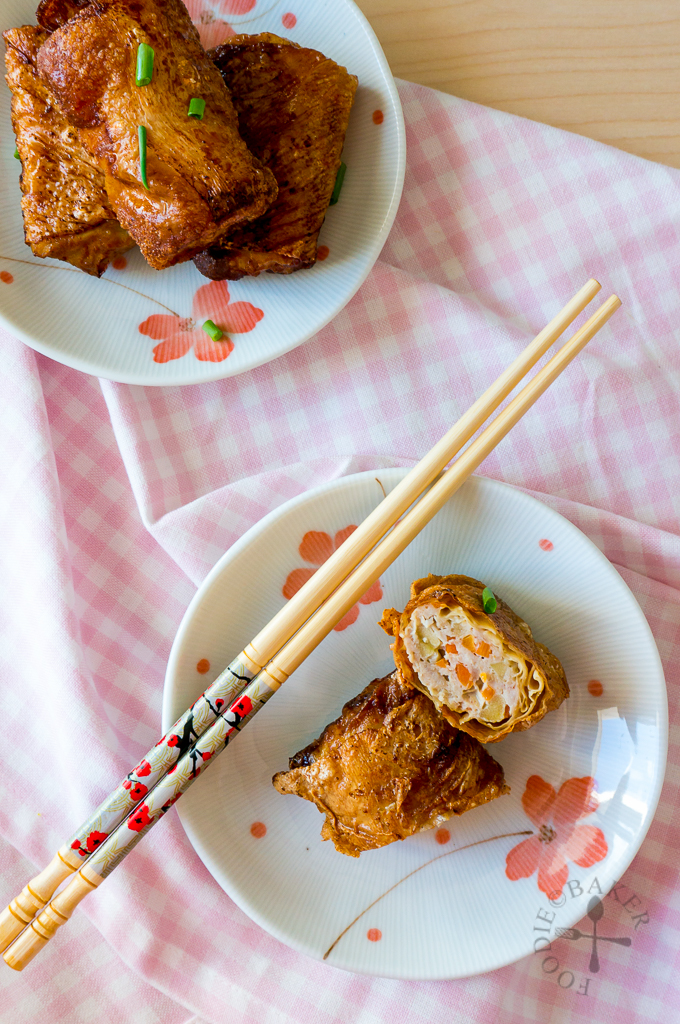 The common filling for beancurd roll is prawn and fish paste, but with the former pricey and the latter never seen before here, I decided to swap the filling with a simple meat filling. The meat of choice was ground turkey as that was what I had on hand (ground chicken may be used also). I added carrot for colour and apple for... no reason, purely because the apple has been staying in the pantry for too long.

I thought the apple would add some crunch to the filling but it softened during the cooking and its sweetness wasn't very noticeable, so it may be omitted if you don't have apple on hand. 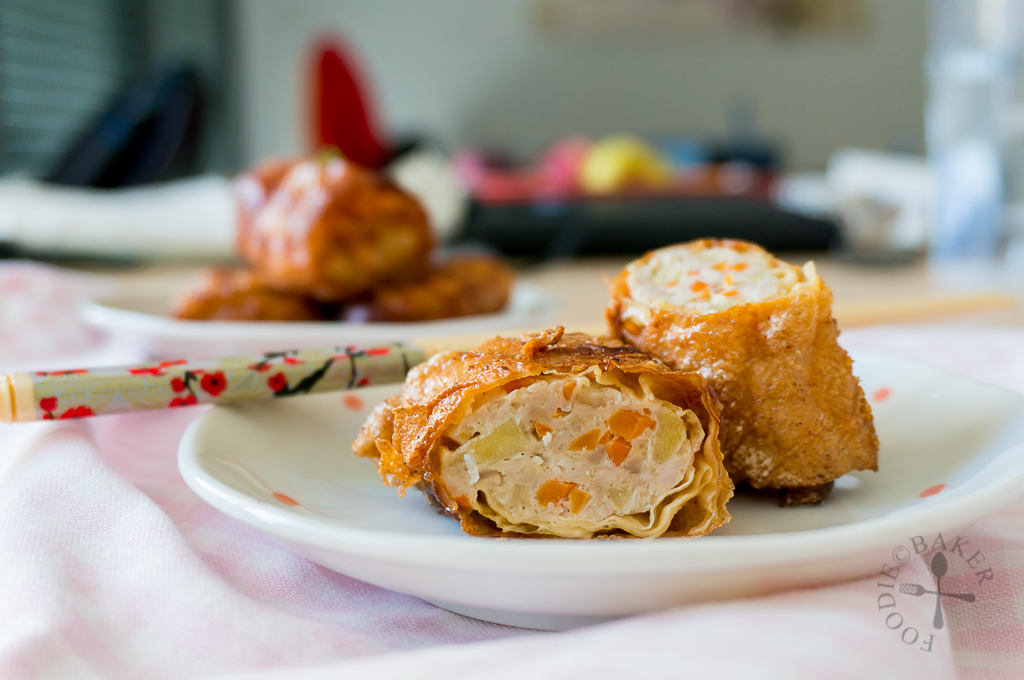 I love the resulting beancurd roll as it's crispy on the outside, but light and juicy on the inside. It did tasted a little like ngoh hiang, which is a Hokkien and Teochew delicacy made by wrapping a meat-based filling with beancurd skin and deep-fried but sans the the five-spice powder. Both are delicious and I'll definitely be making it again as the variations are endless!

This post is linked to the Best Recipes for Everyone August 2015 Event (Theme: Dim Sum) organised by Fion （XuanHom's Mum Kitchen Diary) and hosted by May (厨苑食谱 ) 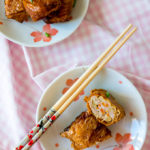