It's been more than a year since I last posted a cheesecake recipe here! The reason why I seldom bake cheesecakes these days is because there's a bit of planning involved - and I'm just not a planner person when it comes to cheesecakes. Whenever I have a craving for cheesecakes, I usually won't have the ingredients on hand - the cookies need to be baked from scratch and the right cream cheese is only stocked in a certain market which I go once every fortnight. So it's really hard to bake a cheesecake impromptu.

So in order to make this Coffee Cheesecake, I had to plan - I made the cookies a day ahead, and on the actual day, I made the cheesecake early in the morning so there's plenty of time for it to chill for the photoshoot in the afternoon - and I'm so glad that everything worked out perfectly, from the execution right down to the taste! 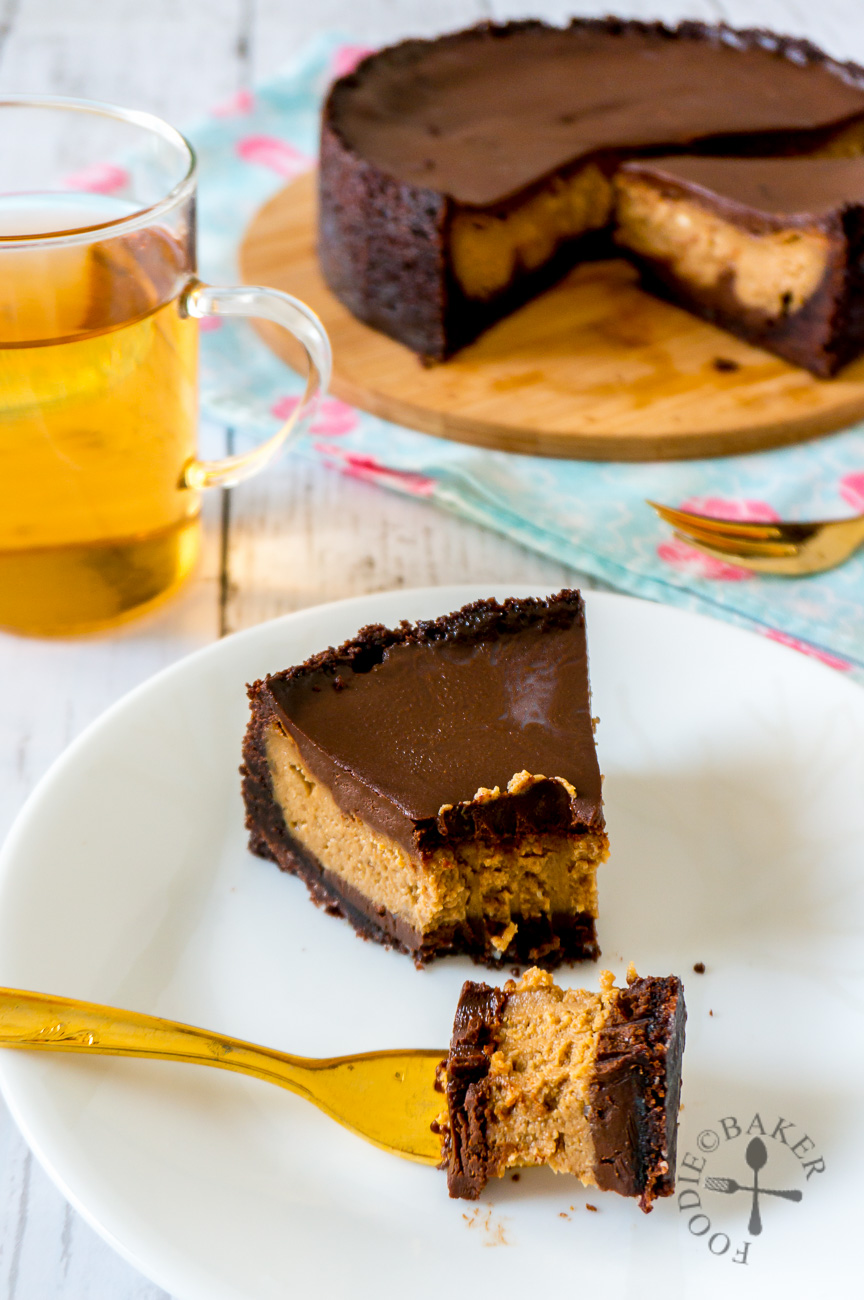 This Coffee Cheesecake has three components - the "Oreo" crust, chocolate ganache and coffee cheesecake filling. The crust is made with my homemade Oreos, and because I love the crust, I made quite a lot of it to press it all the way up the sides of the cheesecake. The chocolate ganache is made with dark chocolate (our favourite) and spiked with a generous spoon of coffee and rum. It is split into two portions - one portion is added to the crust and the other is added on top after the cheesecake is baked. With spiked bitter chocolate sandwiching the dense and creamy coffee cheesecake filling and a crunchy crust, every bite is pure heaven for the coffee and chocolate lover in me! 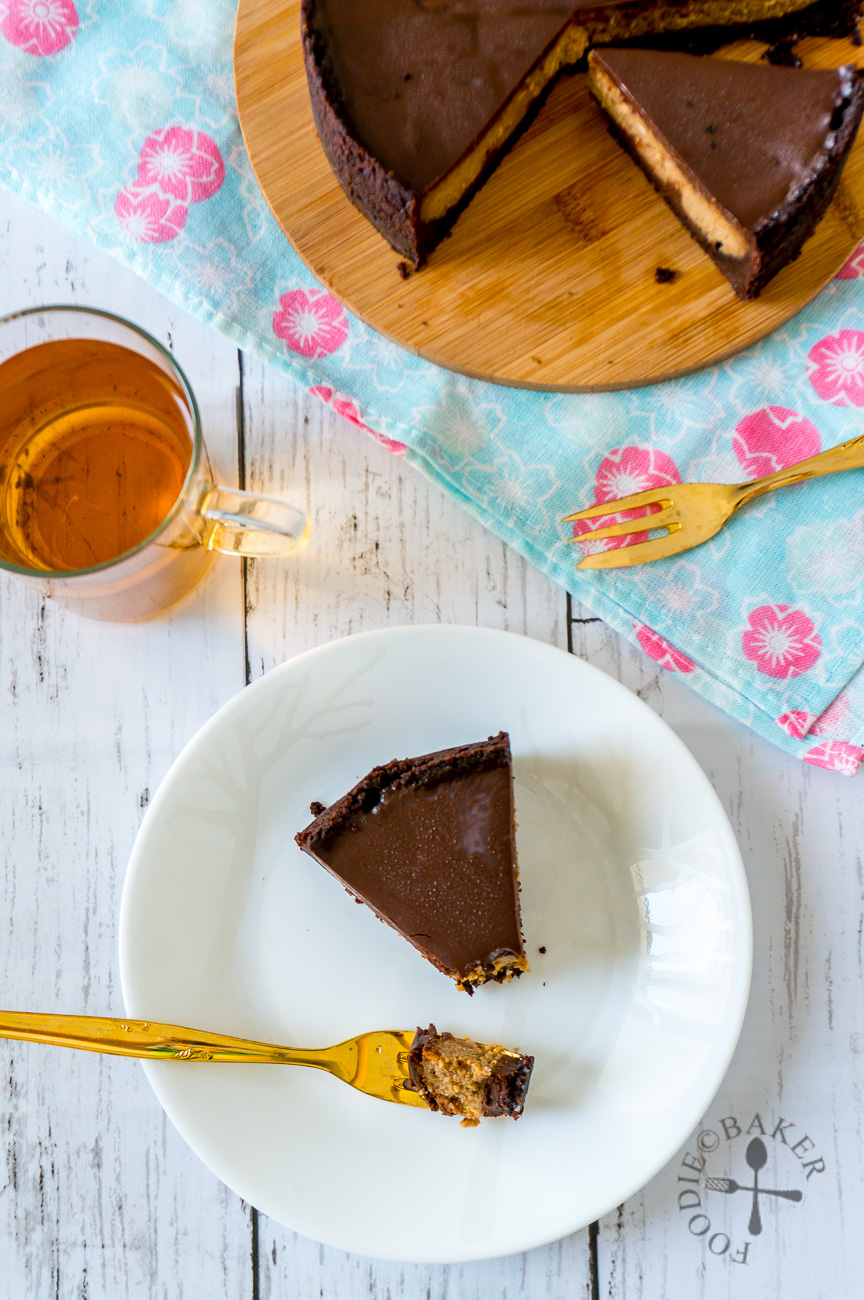 The proportions have been scaled down from the original recipe to make a small cake because I only bought 200 grams of cream cheese - and the resulting cheesecake which was just nice for us and 2 of our friends, with two slices leftover to enjoy over the weekend. The coffee cheesecake was made in a cake ring as I don't have other 16-cm (6-inch) cake tin, and because it's a cake ring (no base), I wrapped it with parchment paper and aluminum foil (aluminum foil on the outside to hold the parchment in place), so the butter from the crust won't ooze everywhere. I didn't bake in a water bath because I'm lazy and I didn't get any cracks (and even if I did, they would be covered up by the chocolate ganache so I didn't really care). 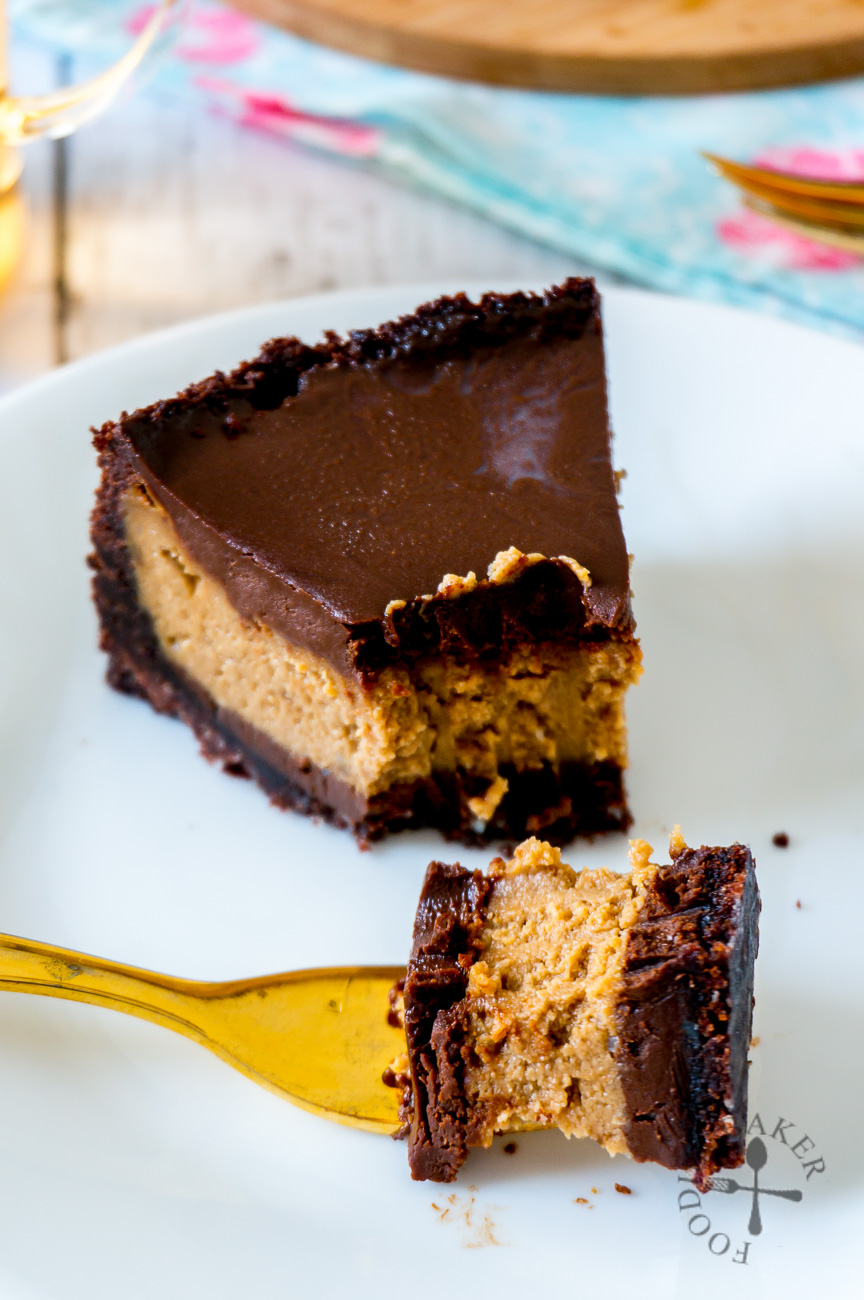 A few days ago on 30 July is National Cheesecake Day today, so here's a brief history on cheesecakes before I leave you with the step-by-step photos and recipe!

Cheesecake is thought to originate from ancient Greece - apparently it was served to athletes during the first Olympic Games in 776 B.C., though the cheese used was sheep's milk cheese. This cake was passed to the Romans during their conquest of Greece, and they named it placenta. It is more like a cheesecake as it has a pastry base (or it's baked inside a pastry case). By 1000 A.D., the popularity of cheesecake had spread throughout Europe, though cream cheese is still not used in cheesecakes then - because it was not invented yet!

In 1872, William Lawrence, an American dairyman, invented cream cheese by accident (a true blessing in disguise!) and distributed his cream cheese under the label Philadelphia Brand Cream Cheese. The brand was then bought over by Kraft in 1928. Cheesecake made using cream cheese became popular in the 1900s in America - and Arnold Reuben, owner of a restaurant in New York City, claimed in 1929 that his family was the one who developed the first cream-cheese-based cheesecake.

Today, America and Canada use cream cheese in most of their cheesecakes; in Italy, ricotta is used; in Germany, Netherlands and Poland, quark is used. Whichever cheese is used - as long as it's good, I would love to have a slice! 😉 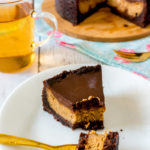 Make and Bake the Cheesecake

- To scale the recipe to fit your tin, use this Cake Pan Conversion Calculator - Recipe adapted from Smitten Kitchen's Cappuccino Fudge Cheesecake
Tried this recipe?Mention @foodiebaker or tag #foodiebaker!