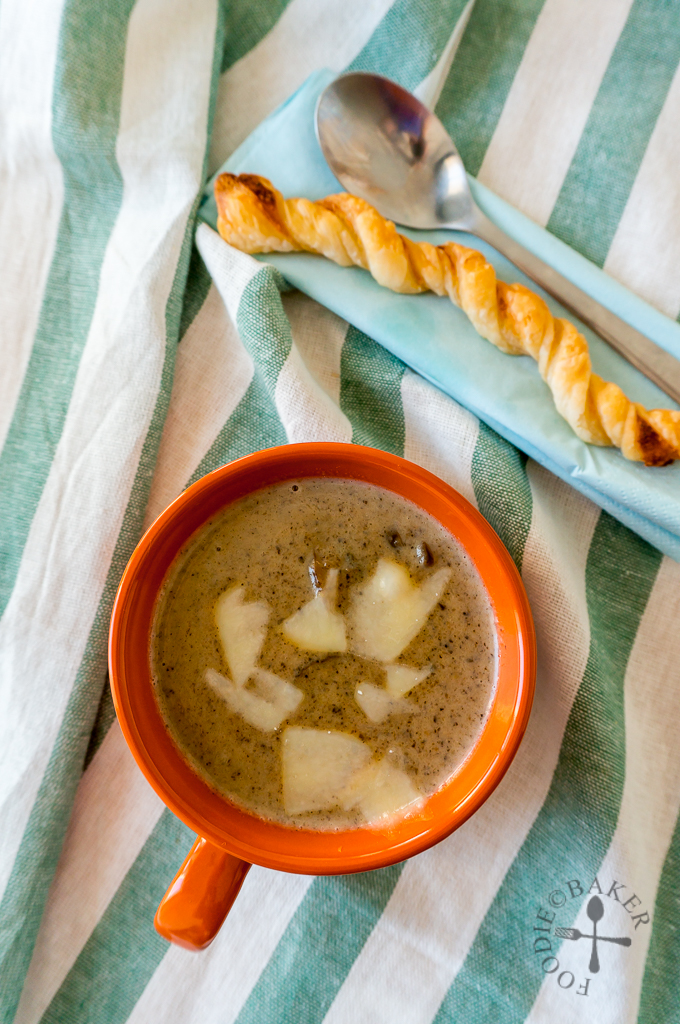 As I came from sunny Singapore (we only have hot and hotter seasons), the four seasons became quite a special thing after I moved overseas. Seasonal vegetables and fruits meant nothing to me when I was still living in Singapore - we usually can get them all year round. But here, it's so exciting to know that certain fruits and vegetables will start appearing in the market because of the arrival of a particular season.

Nowadays, the weather is getting cooler, and we crave for more soupy food like this mushroom soup. Another thing about the approaching autumn/winter is the early setting of the sun, which makes dinner food photography a real pain. We usually have dinner at 6 p.m. and the sky was perfectly lit and bright during summer, but nowadays by 5.30 p.m. it's so dark we need to turn on the lights. Now I'm exploring more soup recipes as I can make them ahead, sneak a small bowl for myself and for the blog, then have the rest for dinner with X.

It's extremely difficult to obtain Asian ingredients to make Asian-style soup, so I'm exploring more Western soups these days but before I tried out new recipes, I revisited the mushroom soup. Creamy soups are not my cup of soup, but I was so in love with this new mushroom soup recipe that I regret not making a bigger portion on my first try (I ended up making it again the following week).

Making this soup is a little time consuming as the mushrooms need to brown and caramelise into a delightful golden colour, which can take up to 30 minutes. Then there's the 1 hour of simmering, so it's more suitable for a weekend meal. But it was so well worth the effort because it makes the soup so rich, delicious and mushroom-y. I used brown button mushrooms (aka cremini mushrooms) with a bit of dried porcini. The stock was just water from boiling potatoes (used them to make baked fries), but you can also use canned vegetable/chicken stock or bouillon cubes. I'll try to freeze a portion of the soup (before the addition of cream) to experiment if the soup is freezable, will update the results then! 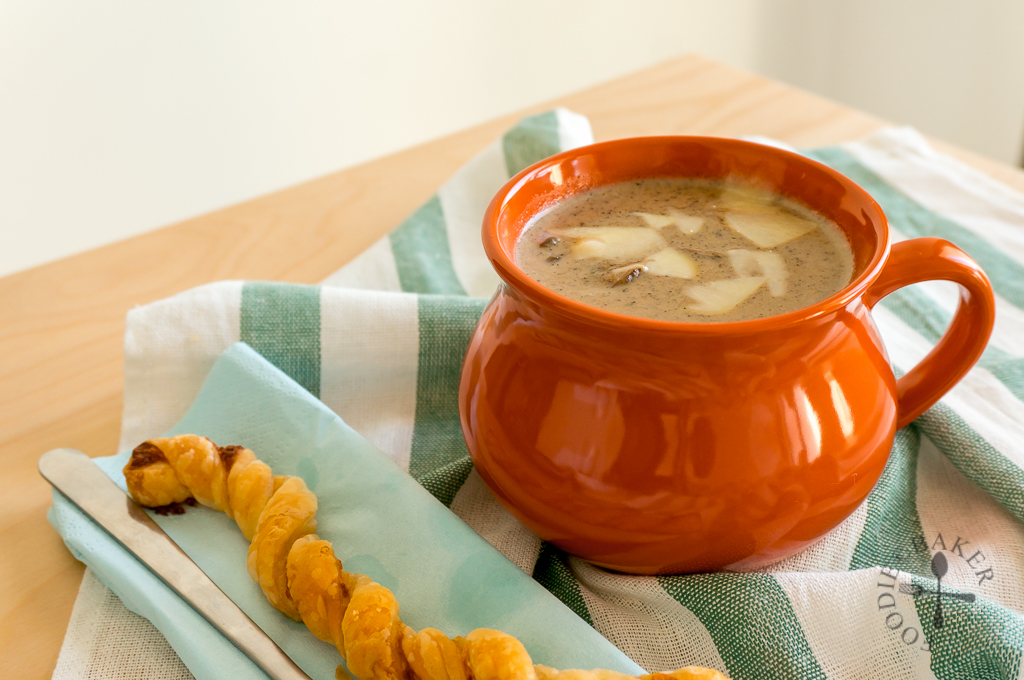 Perfect for a cold day! 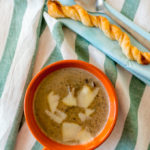