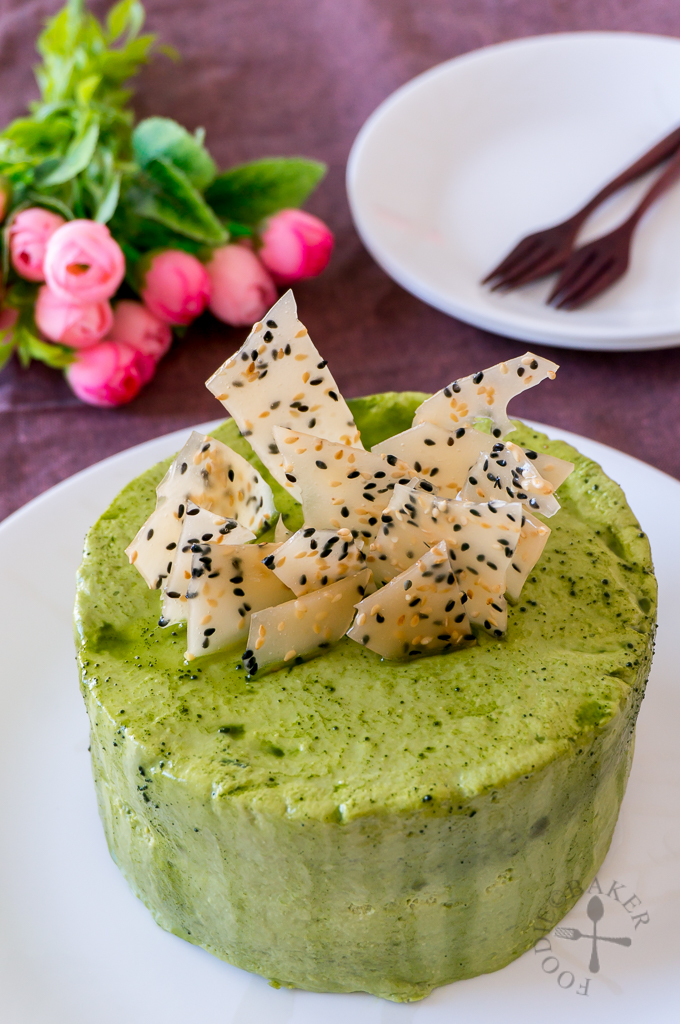 If you are a fan of matcha, you will love this Matcha Mousse Cake - easy matcha sponge cake filled with creamy and light matcha mousse, adorned with caramel-y, crunchy and nutty sesame brittle - I wonder why I haven't made this sooner?!

The sponge cake recipe is very similar to the one I used in my Japanese Strawberry Shortcake recipe - I love how it bakes up very nicely with a flat top so I don't have to bother or worry about leveling it (because I'm really bad at this and I'll always end up with lopsided cake...) The matcha mousse is a cooked custard with whipped cream folded in it. Gelatin is added to provide additional stability to the mousse. 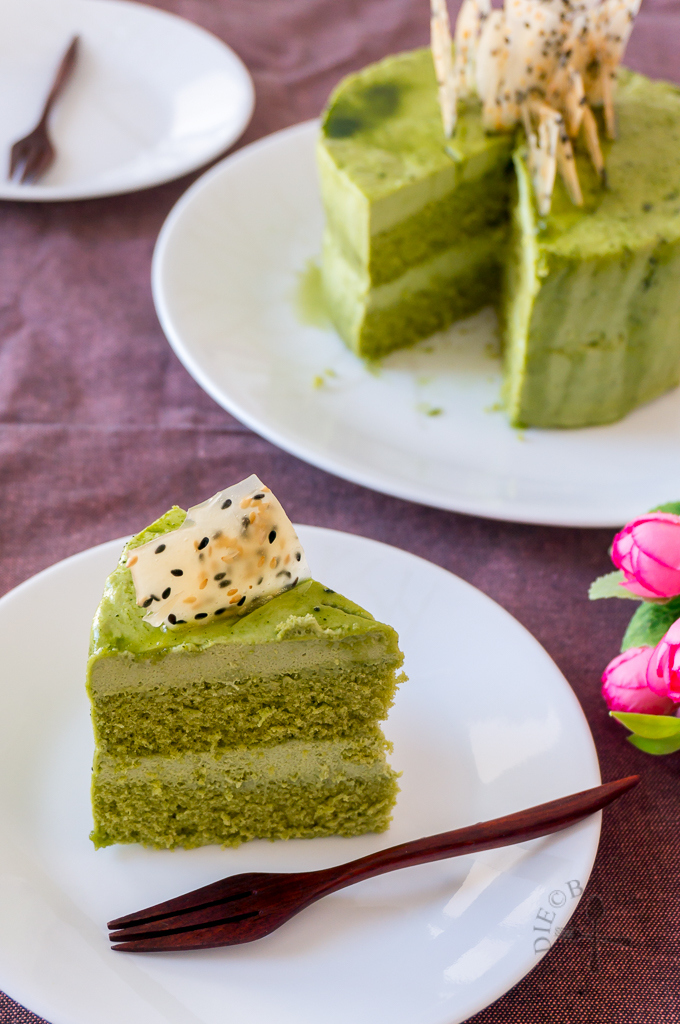 While assembling the cake, I originally wanted to use a 7-inch cake ring for my 5-inch cake but at the last minute, felt that it will be too big and the mousse layer will look too thin. Hence I decided to assemble the layers separately in the cake tins then "join" them together the next day. To make sure the cake doesn't fall apart into 2 layers, I "melt" the top of the mousse of the bottom layer slightly with a hot metal spatula so that it can "glue" to the top layer. I'm really glad the method works and I hope it will be useful for those who wants to assemble a cake without cake rings! 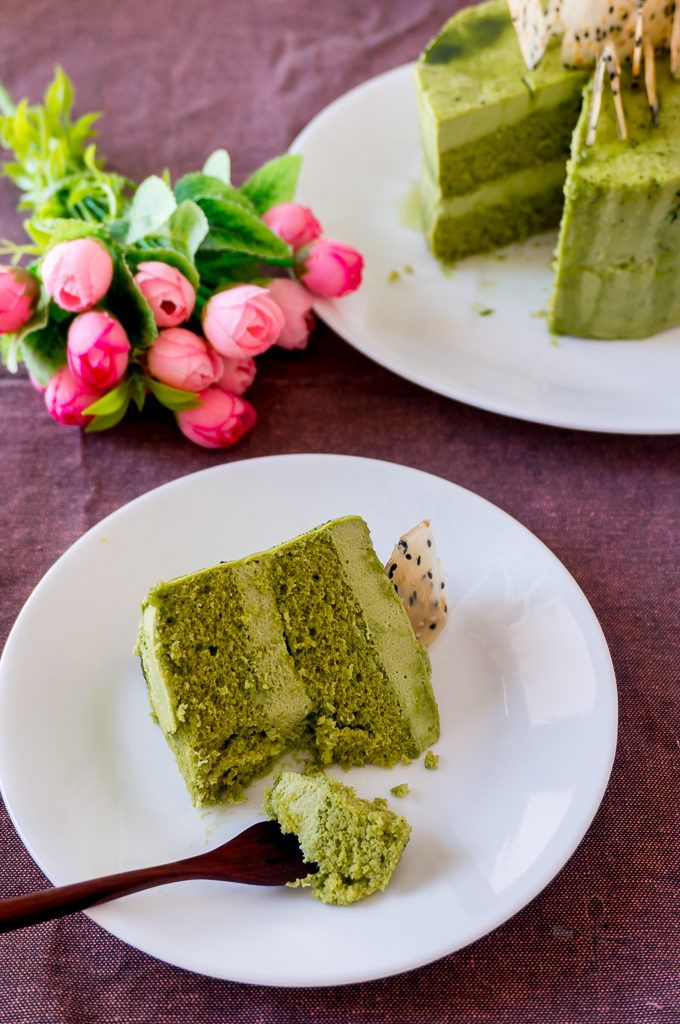 You might have noticed some unsightly green streaks on the surface of the cake - those are actually a matcha glaze which failed to set nicely on top of the mousse. I originally wanted to make a ganache but I don't have any white chocolate on hand so I thought a thick matcha glaze will work, but apparently it didn't... so I won't be sharing the glaze recipe here! 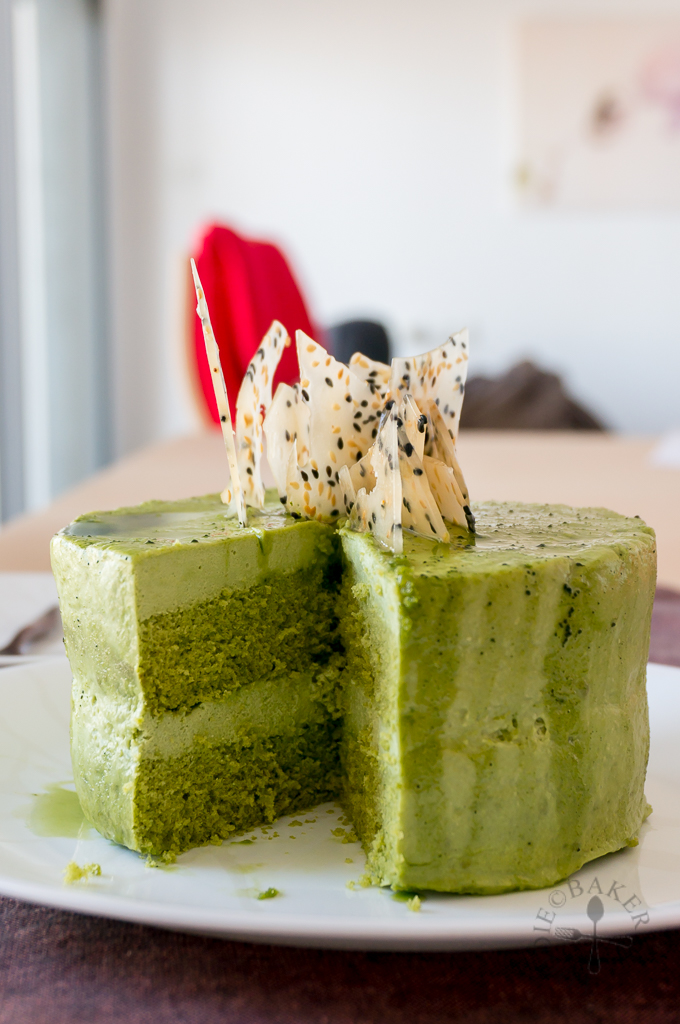 The sesame brittle is a last minute addition (in hope to distract all of you from the unsightly greenish streaks) and I was quite surprised by it because the nutty flavour contrasts with the matcha very well. No wonder there are so many sesame and matcha combi cakes out there! I will definitely give that combination a try next time (next layered cake inspiration!) 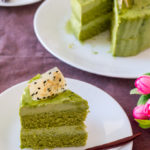 - To make a 7-inch or 8-inch cake: Increase all the ingredients used by 50%. Bake the sponge cake in a 7-inch cake tin and use a 7-inch or 8-inch cake rings to assemble the cake. - To make the cake look even more elaborated, pour some matcha white chocolate ganache on top before decorating with the sesame brittle. - Sponge Cake recipe adapted from Japanese 101 - Mousse recipe adapted from Hungry Rabbit
Tried this recipe?Mention @foodiebaker or tag #foodiebaker! 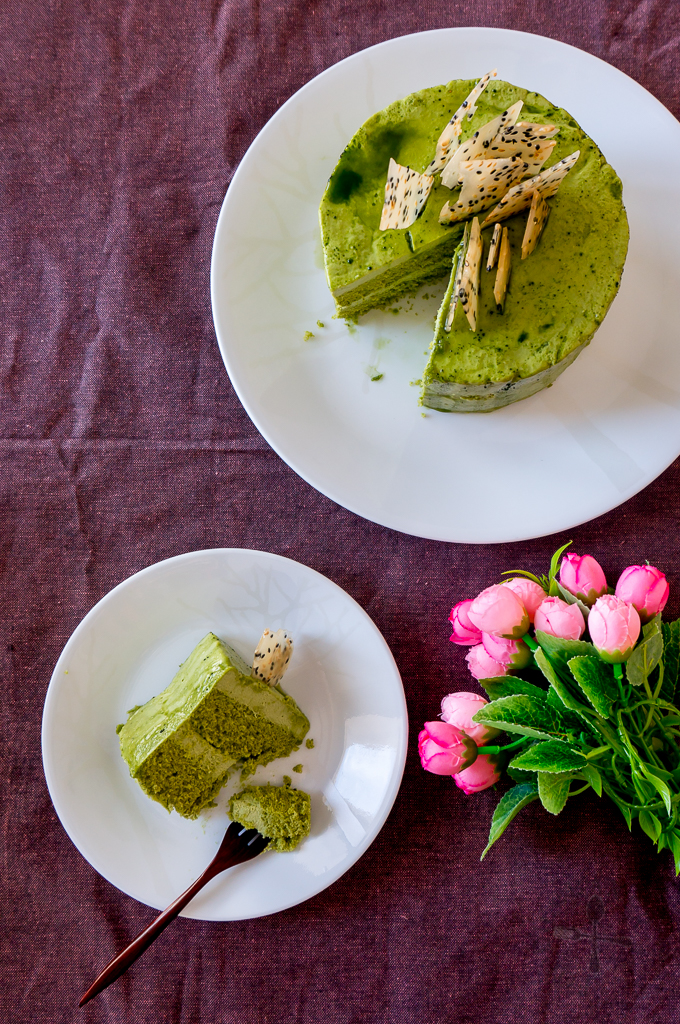 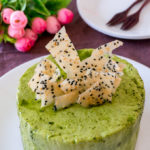