Even though I don't celebrate Halloween, I wanted to create something fun for this day. Since I didn't have time to go to a baking shop to grab new supplies, I baked a Mocha Cake and decorate it Halloween style! 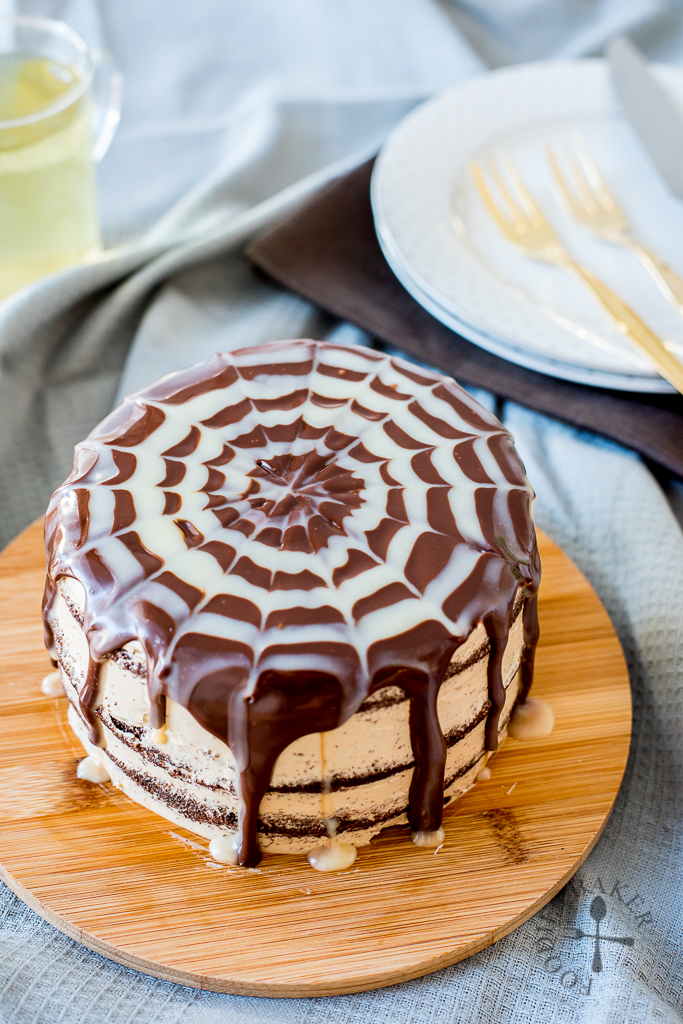 This delicious Mocha Cake has everything I love - a not-too-sweet, moist, light (denser than sponge cakes but lighter than heavy butter cakes) and intensely chocolatey Devil's Chocolate Cake; a creamy, smooth and again, not-too-sweet Coffee Swiss Meringue Buttercream; and a rich and luscious chocolate ganache. I could have stopped at the dark chocolate ganache, but I made some white chocolate ganache too so I could get the spider web decoration for the Halloween mood. 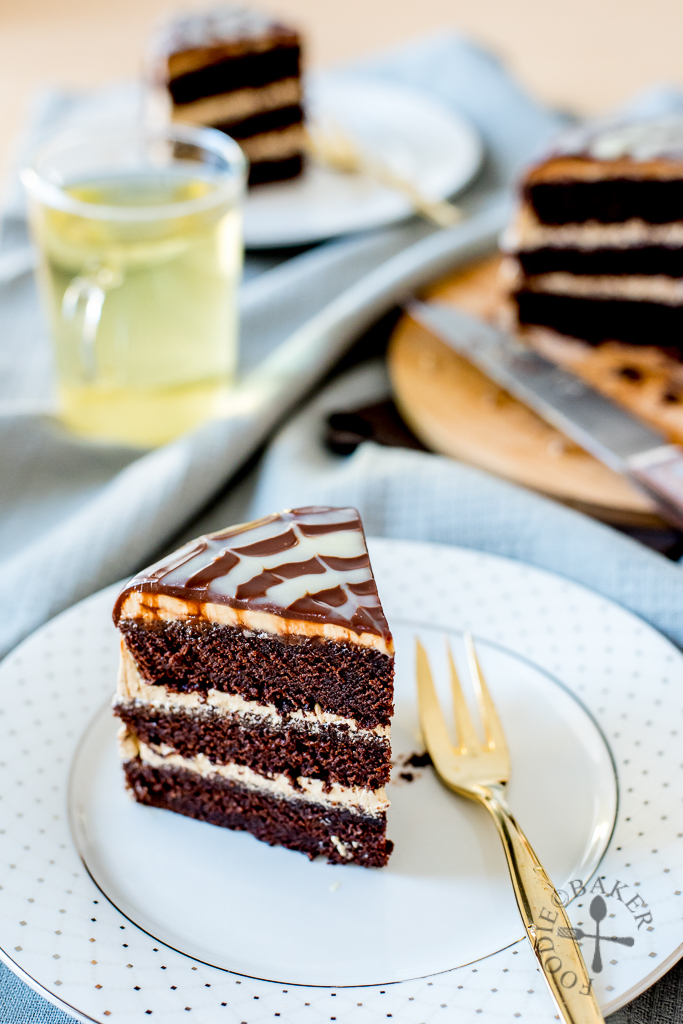 As there were not enough friends to give this cake to, I wanted to make the cake as small as possible, so I scaled the recipe down to use only one egg. I split the cake batter among three 5-inch tins and each layer turned out to be about ¾-inch thick. It was a dilemma whether to use one or two egg white/s for the swiss meringue buttercream - one and there may not be enough buttercream to coat the entire cake; if two, I would definitely end up with leftovers. In the end I used only one egg white to make the buttercream, opting to leave the sides of the cake a little "naked" - which turned out not bad looking (if I may shameless say so).

Reusing some of my old step-by-step photos for the cake and swiss meringue buttercream steps as I didn't take any new ones this time round. Hope they will suffice!

Happy early Halloween! And if you are interested in other Halloween treats, I have two more on the blog: 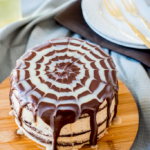 Alternatively, the cake can be baked into two 5- or 6-inch cake tins for a 2-layered cake. To scale the recipe to fit into the cake tins that you have, use this Cake Pan Conversion Calculator!
Prep Time1 hr 30 mins
Cook Time30 mins
Total Time2 hrs