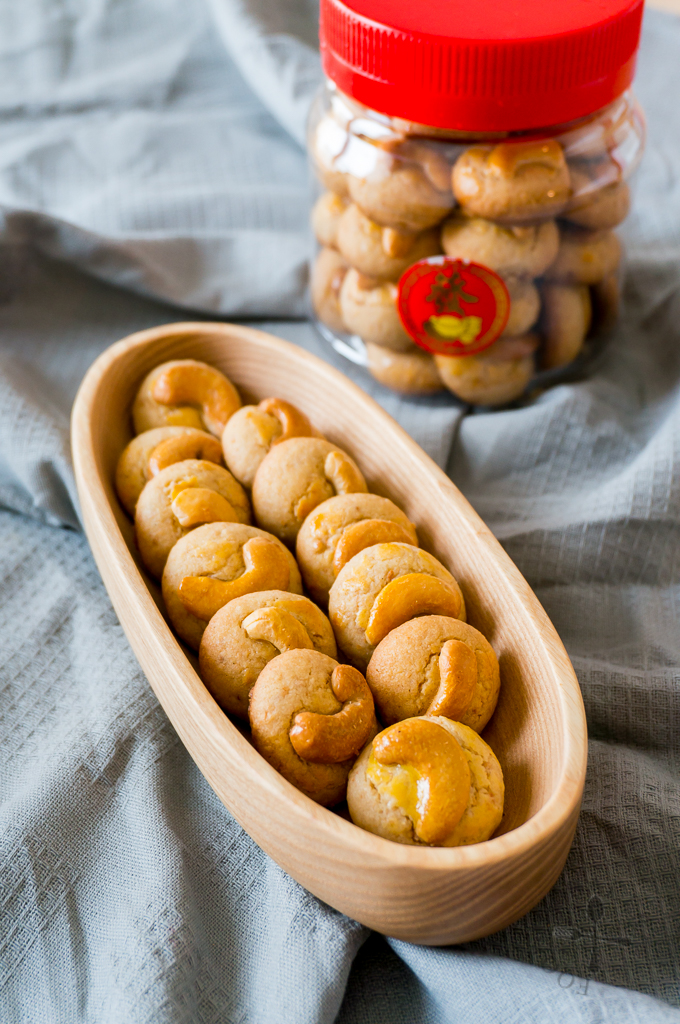 Here is a another new Chinese New Year goodie that I've baked this year - cashew cookies! In the past, due to work, I only have time to make guaranteed-success Chinese New Year goodies, such as my pineapple tarts or kueh lapis, as I don't have time to experiment on recipes. But this year is different! I have tried out 5 new recipes (6 including the Baked Crab Sticks!) thus far and I still have many more to try!

Cashew cookies are never part of our Chinese New Year Goodie ensemble, maybe because there are just too many other types of goodies available, like love letters (kueh kapit), bak kwa (pork jerky), kueh bangkit (tapioca cookies), spicy dried shrimp rolls... but I decided to give cashew cookies a try this time round because cashew nuts are relatively cheaper here and well, it's easier to make them than trying to make any of those listed above. 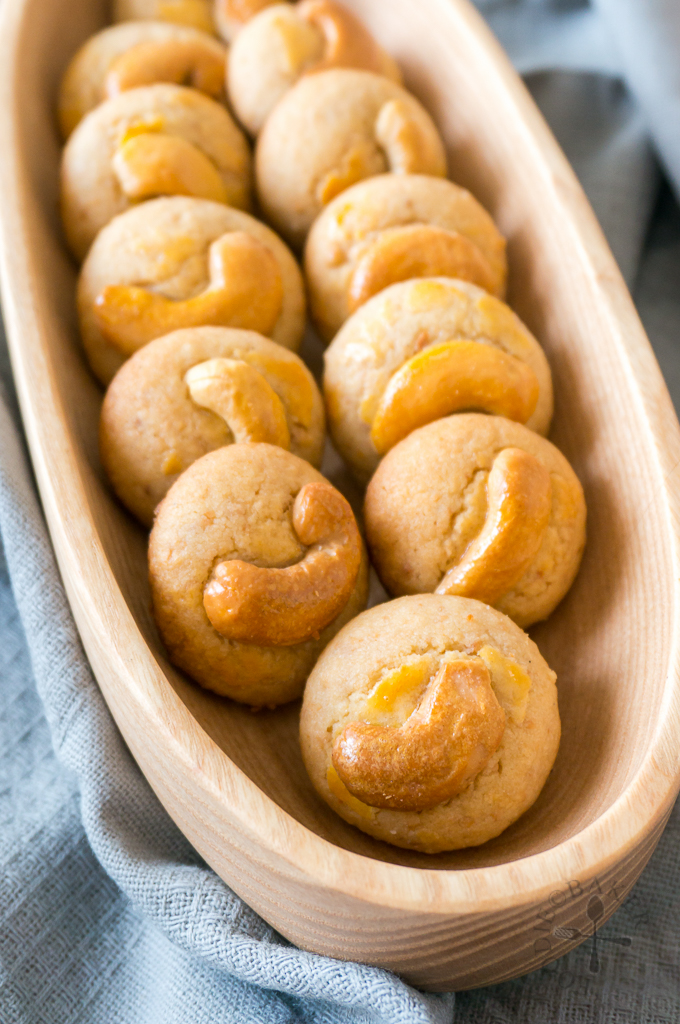 I tried 2 recipes, first from Small Small Baker (SSB) and the second one from My Kitchen Snippets (MKS). One stark difference from both recipes is the amount of ground cashew nuts used - SSB uses only 80 grams of ground cashew for every 200 grams of butter while MKS uses 200 grams of ground cashew for 200 grams of butter. I thought MKS' cookies will surely have a stronger cashew taste but boy I was so wrong. Both cookies actually taste similar (in terms of cashew nut taste) and X and his colleagues couldn't tell which one has more cashew nuts in them as well. I'm not sure if this is due to the quality of the cashew nuts or they are just mild in flavour... if you have baked or eaten lots of cashew cookies or cashew nuts, please let me know whether cashew has a strong nutty flavour! 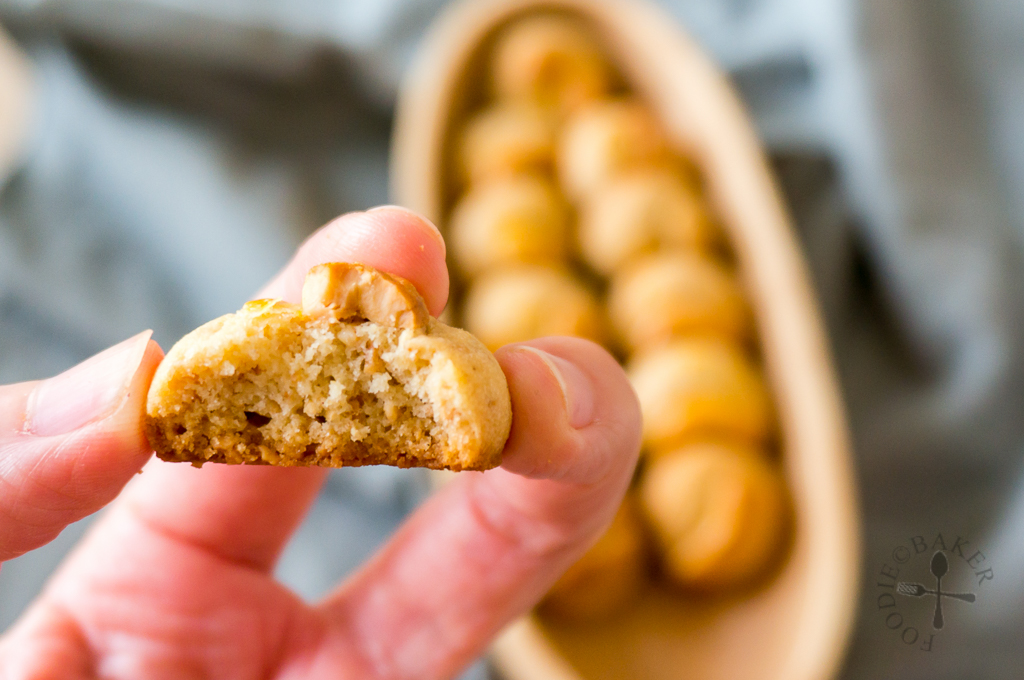 In the end, we all still prefer MKS' cashew cookie recipe because of its texture - the cookies are softer (but with a crunch), more buttery and more fragrant compared to SSB's, so this is the recipe that I'll be sharing today! I'll probably substitute the ground cashew the next time with ground almond as it's more economical and ground almond is more easily available - no more toasting and grinding! (;

Edit 13/1/2017: Oh my god, what is wrong with me? I can't believe I left out two ingredients from this recipe - cornflour and baking powder. I must be half-drunk/half-asleep when I typed this recipe - and I'm so terribly sorry. As such, I think my recipe is not accurate anymore because to be completely honest, I don't remember if I added the baking powder into my batch of cookies. Hence I'm taking down this recipe and after testing the recipe again (perhaps in 2 to 3 months time), I will reupload the recipe. In the meantime, please check out the original recipe at My Kitchen Snippets.