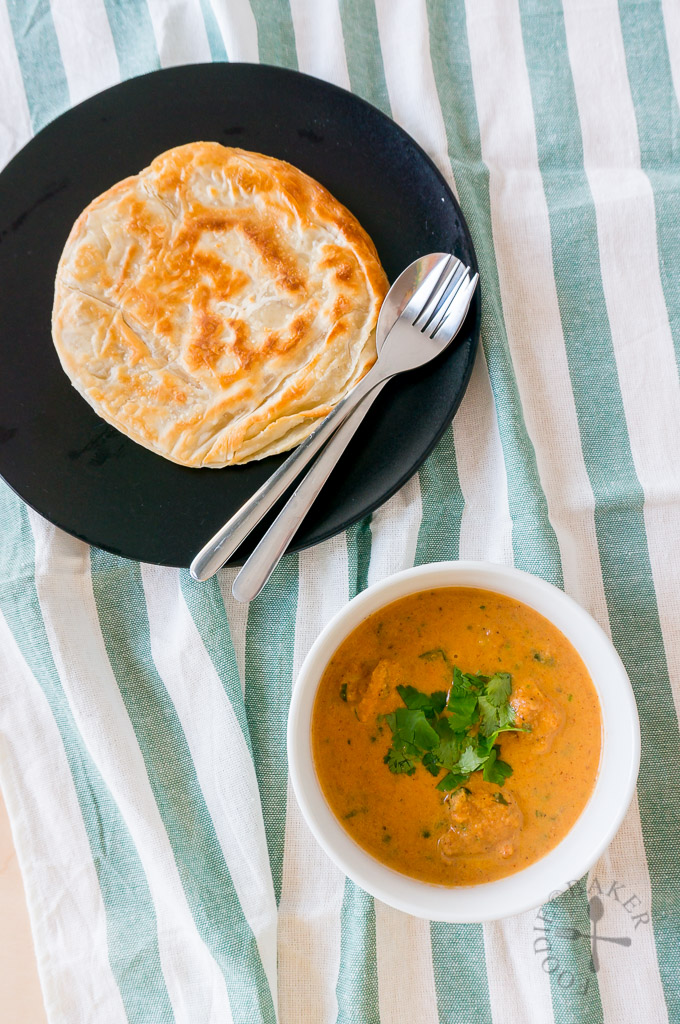 Sorry for the absence on the blog! Been a little distracted by dramas and games last week so blogging has been put aside, but now I'm back for good (as long as I don't start a new game or drama haha). Today's recipe is an incredibly simple and delicious one-pot butter chicken - traditionally (or authentically), butter chicken is made by first marinating the chicken with cream and spices than cooked in a tandoor (traditional clay oven). The cooked chicken is then added into a rich but mildly spiced curry sauce that includes butter. I have taken two shortcuts to make this dish a lot easier to prepare - no oven is needed, just a pot! 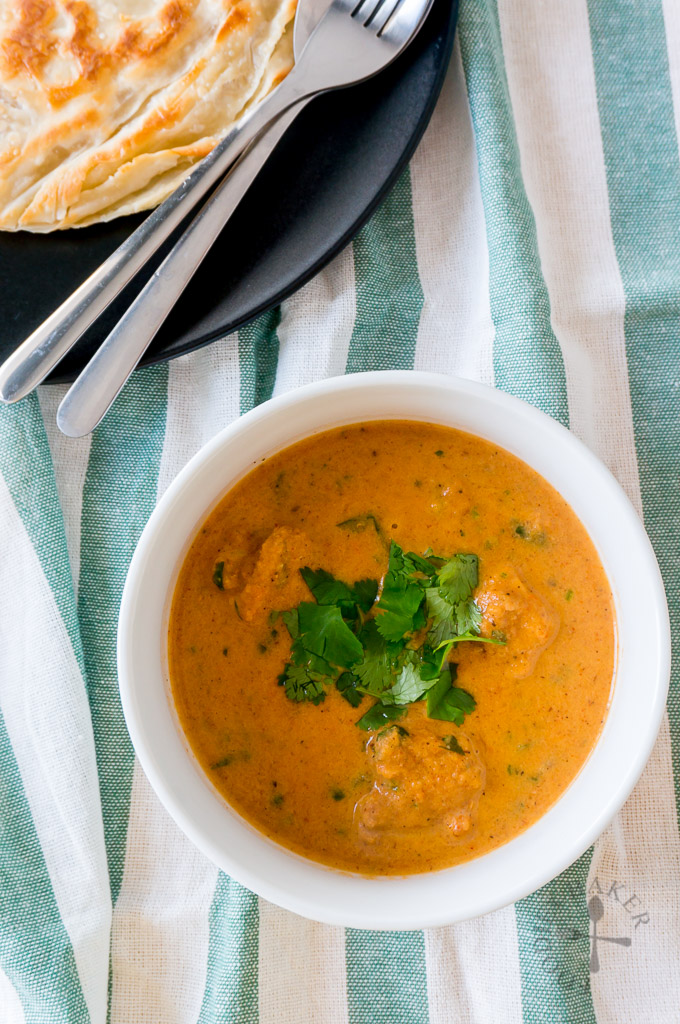 The second shortcut is to sear the chicken in the pot instead of grilling it in the oven. Searing saves time as it's faster (no need to preheat oven) and the bits stuck to the bottom of the pot will add an amazing flavour to the sauce. The chicken pieces don't have to be cooked through as well as they will finish cooking in the sauce later on. 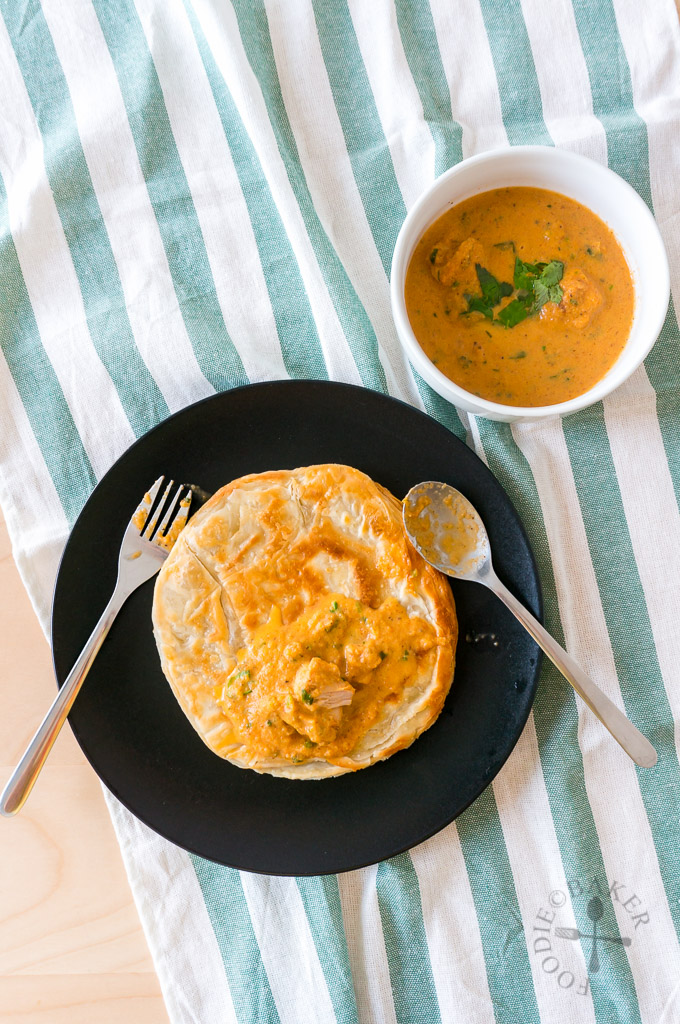 Usually when I try out a recipe, I will want to make the most authentic version possible, but there are times when I just want a fuss-free and comforting meal - and this simplified version of butter chicken fits all the requirements that I'm looking for. I will definitely give the authentic version a try the next time but if I ever need a quick and easy one, this is definitely the dish that I will reach for! 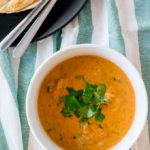 - Do note that my garam masala is homemade without salt. If yours contain salt, omit the salt in the Chicken Marinade and add 1 tablespoon garam masala instead of 1 ½ tablespoons at the start and adjust the amount at the end. - Canned tomatoes can be used instead of fresh. If using canned tomatoes, add ½ cup of water instead of 1 cup, adding more if necessary. - When pureeing the mixture, make sure the immersion blender is fully submerged inside the sauce so that it will not splatter. If using a standing blender, do it in batches and make sure the top is not covered as the steam may pop the lid off. Use a damp cloth to cover the top instead. - If you are not serving the butter chicken immediately, stop at Step 7 and cover the pot. Just before serving, reheat the sauce to a simmer and proceed with Step 8. - Adapted from Foodess
Tried this recipe?Mention @foodiebaker or tag #foodiebaker! 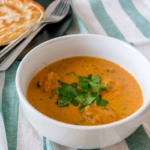