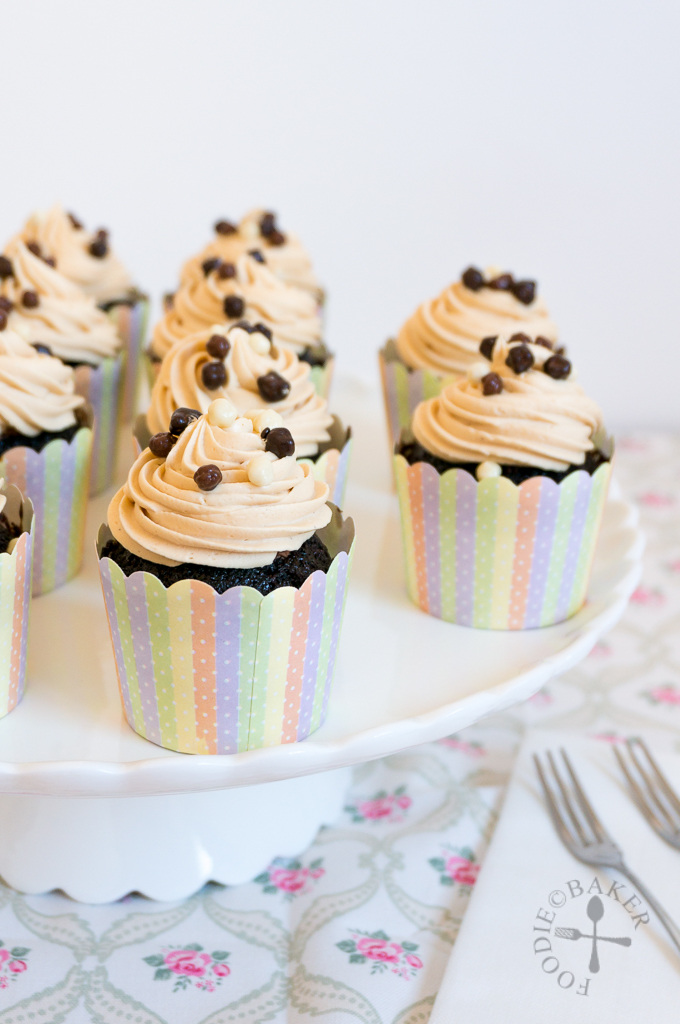 This is my current favourite and by far, the most-produced cupcake combination in the kitchen, and I finally felt a need to blog about them. The very first chocolate and peanut butter combination came from here (pardon the quality of those photos heh), which is also a cupcake, but has a different cake recipe. It's a bit more troublesome as it uses the traditional "whip-the-butter-and-sugar" route. The second combination came from here, which is a layered cake with jam and peanut butter I made for my friend's birthday - and that is the combination I've stuck with ever since. 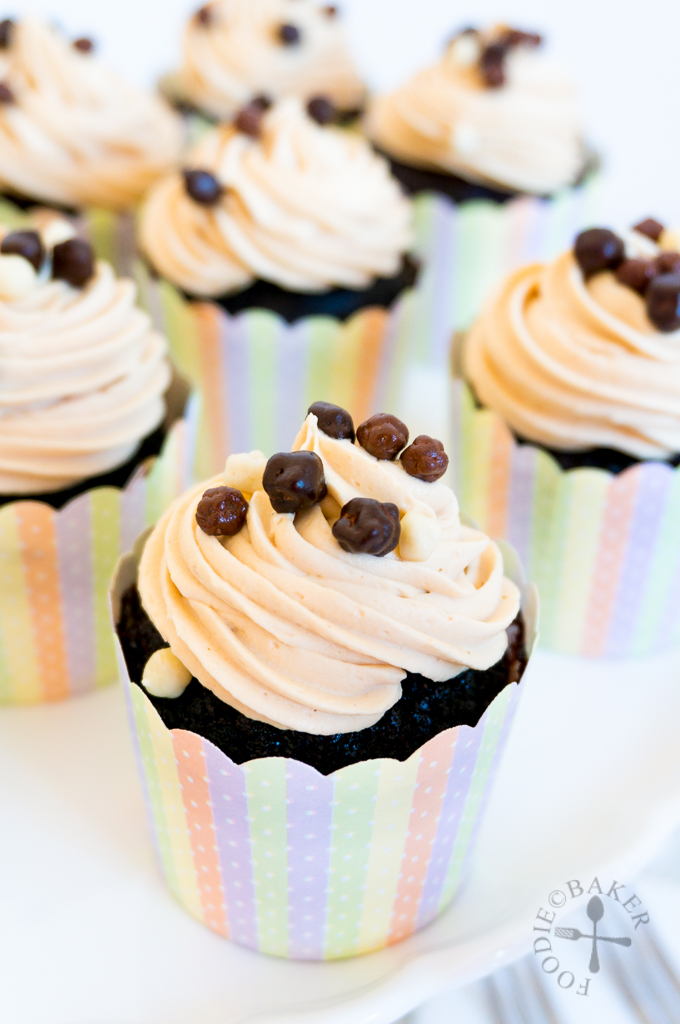 The chocolate cake is my current favourite chocolate cake base recipe - making it is super easy as it's a one-bowl recipe. Texture wise, it's heavier and richer than a genoise so it holds fillings well but not too overwhelmingly rich that makes you sick of the cake after a few mouthfuls. The use of a good-quality cocoa powder really helps to bring out the chocolatey note in these cupcakes.

I love filled cupcakes as it makes cupcakes so much more interesting. Imagine the surprise when you find that there's something hidden inside the cupcake! Fillings add in a whole new dimension of flavour and also help to keep the cupcakes moist. I've filled them with strawberry jelly, cream cheese frosting, chocolate mousse etc. I'm thinking of an exotic flavour to fill them in the next time, maybe sesame?

And if you love peanut butter, this frosting is definitely something to die for. I love it because I can control the amount of sweetness with salt (I love peanut butter that is more on the salty side). It's also creamy and so delicious with the chocolate cake base. 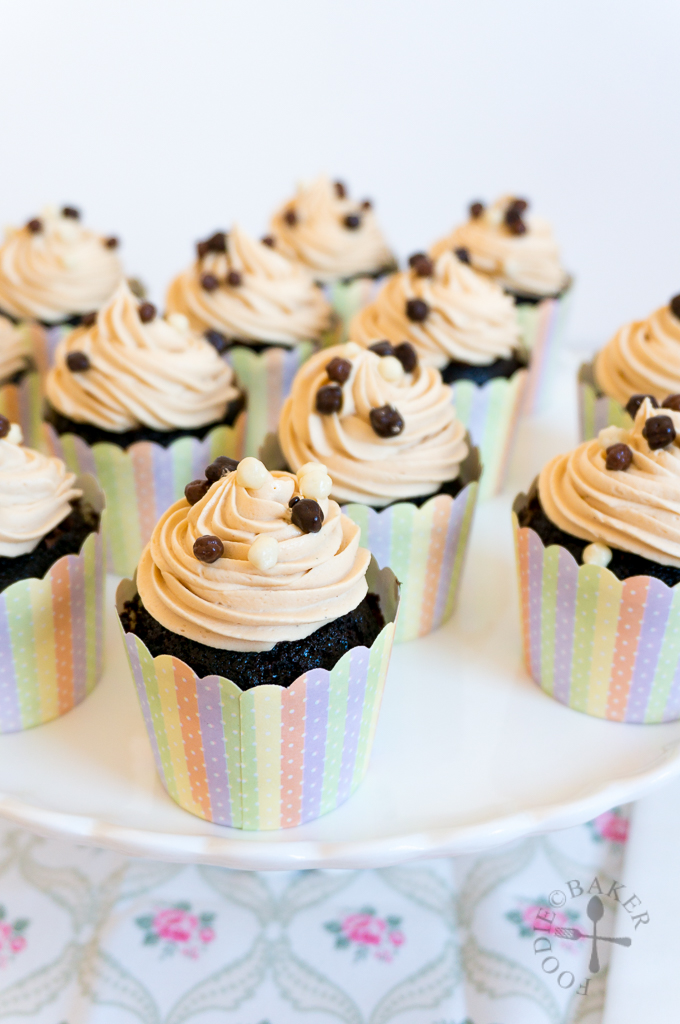 Making these cupcakes is not difficult and all the components can be made all on the same day. But what I like and tend to do is to bake the cupcakes a day before, then fill and frost them the next day before the party. You can also make the cupcakes even earlier and keep them in the refrigerator, just let them come to room temperature before serving so the frosting and mousse can soften.

So let's get baking!

I’m submitting this to Best Recipes for Everyone May 2015 Event (Theme: My Favourite Desserts), organised by Fion of XuanHom’s Mom and co-hosted by Aunty Young. 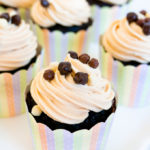 - I've made the recipe with both dark and light brown sugar and found minimal differences. So use whichever brown sugar you have on hand.
Tried this recipe?Mention @foodiebaker or tag #foodiebaker!