P.S. This is a scheduled post as I'm currently away on holiday in Eastern Europe!
Thank you for visiting and my apologies as I won't be able to visit your blogs during this period.
Do follow me at Instagram and Facebook to see what I am up to (I swear I am up to some good)!

The main difference between sushi roll and gimbap lies in the rice. In sushi, the rice is flavoured with vinegar, sugar and salt and has to be cooled down quickly. ON the other hand, the rice is gimbap is simply flavoured with sesame oil and sesame seeds. Personally I like the taste of sushi rice more but it is a bit more troublesome to make. However, the filling for this tuna sushi roll is many times easier than the ones for gimbap! 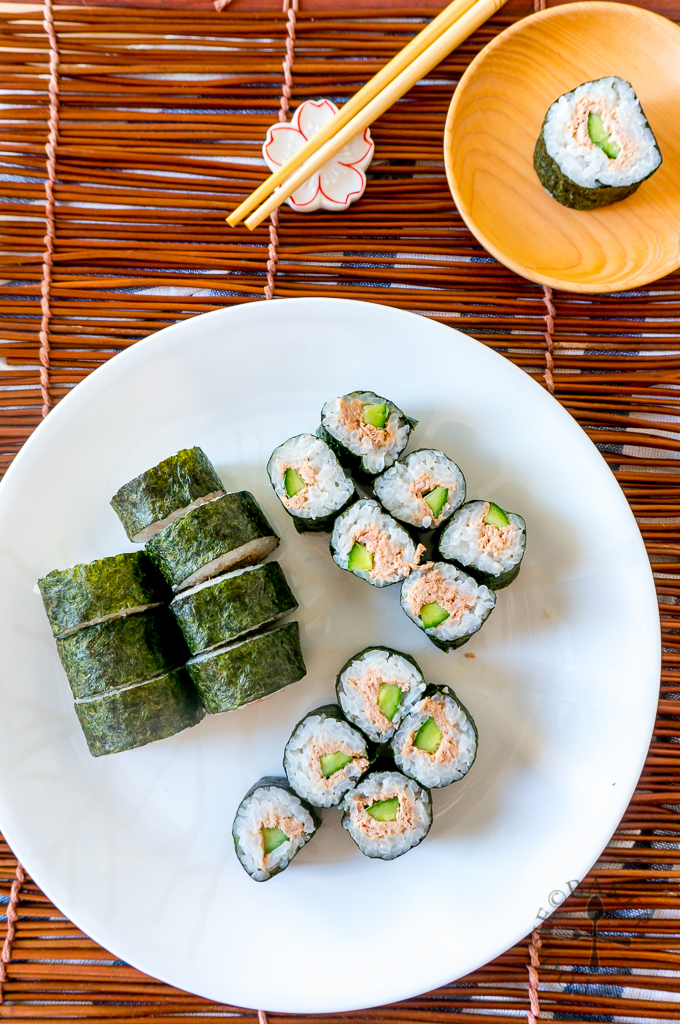 The tuna filling is a very simple 3-ingredient filling - canned tuna, mayonnaise and wasabi. I prefer to use canned tuna in water so that it does not lend a greasy feel in the sushi roll. I tried to make mini rolls as well but was not able to roll them perfectly because I used a bit too much rice.

This tuna sushi roll will be good as a main on its own, but you can make a more complete meal with miso soup, chawanmushi or chicken karaage! 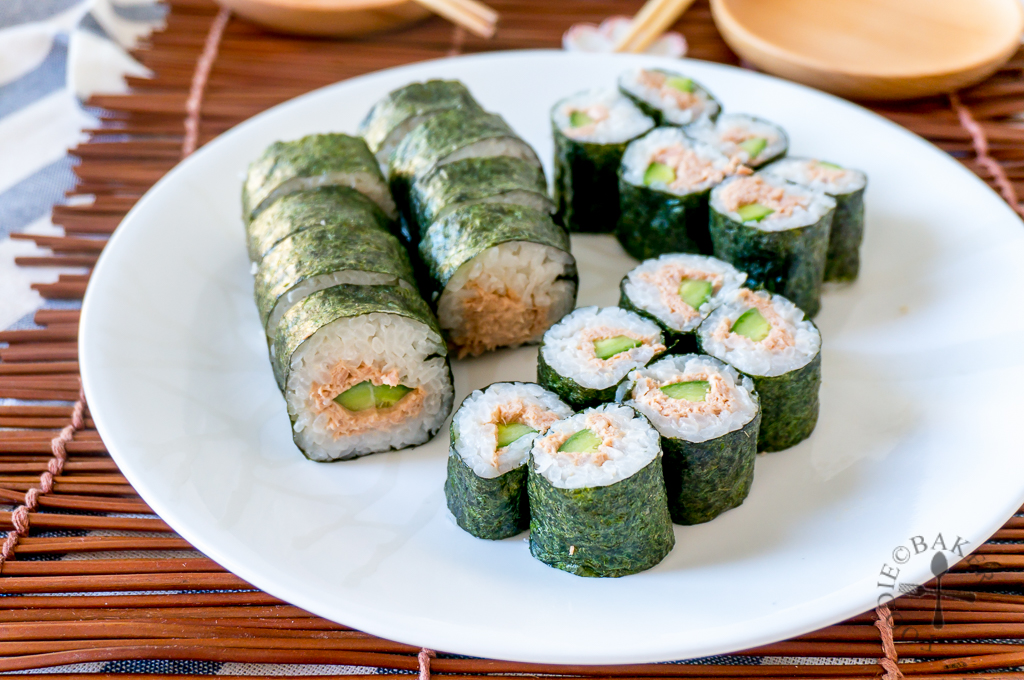 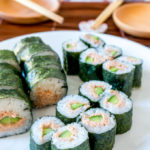 Back to Sushi Rice Again

- It may not be easy to roll the sushi roll tightly at the start, just keep practicing! - You can make mini sushi rolls also, just cut the nori into half and proceed. However, make sure you spread a thinner layer of rice otherwise you will have problem rolling it up. - Sushi rice recipe adapted from No Recipes
Tried this recipe?Mention @foodiebaker or tag #foodiebaker!