I love tarts - give me anything with a tart crust and I will devour it immediately and probably go for a second serving. But tart making can be quite a chore because of the tart base - I don't own a food processor yet so all the rubbing/cutting of butter into the flour has to be done manually... and this just doesn't entice me to make tarts more often. When I received the free Kenwood Chef Recipe Book (comes with every purchase of the Kenwood Chef Sense, just need to go online and order it!), I was surprised by a chocolate tart recipe whereby the tart crust was made using the K attachment (beater attachment). And of course I got to try it out! 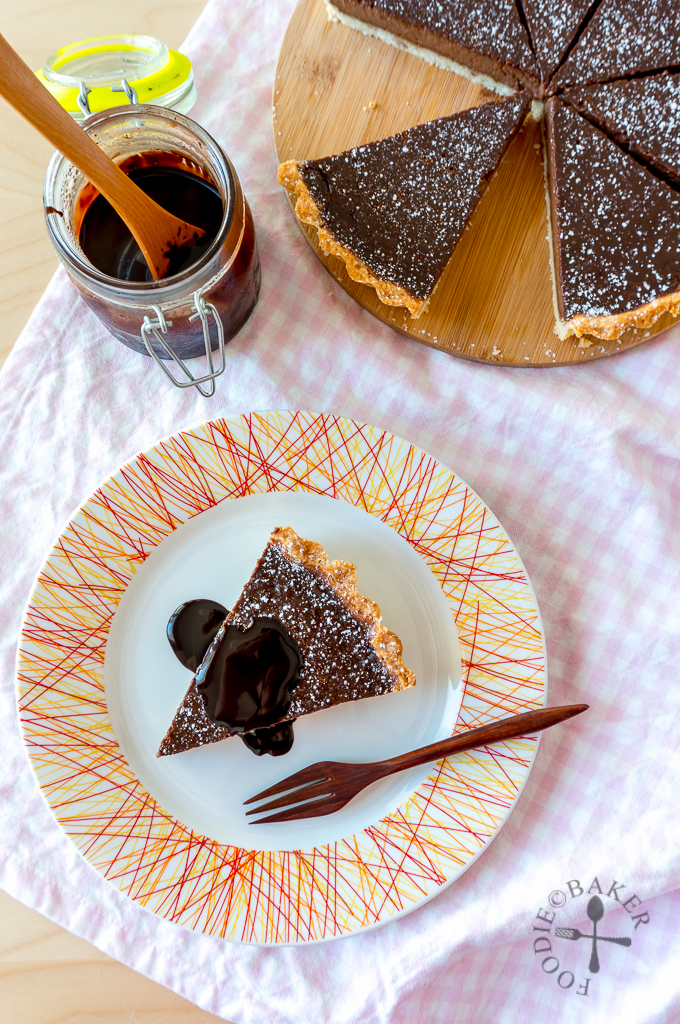 And guess what, it takes only 90 seconds for the tart crust ingredients (flour, sugar, cold butter and egg) to come together into a dough! Call me a mountain tortoise, but I never knew that a mixer can be used to make tart crust. This is definitely a game changer for me (which hopefully means more pies and tarts to come!) 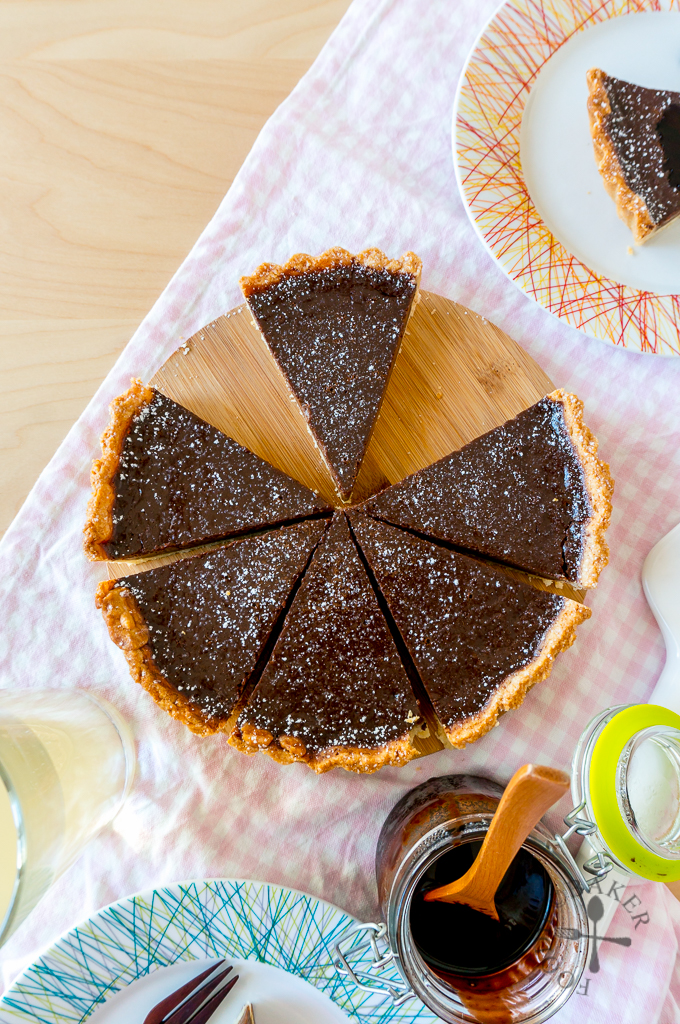 I made the chocolate tart twice and played around with the filling ingredients. In general, the amount of cream and milk can be adjusted, as long as the total liquid amount is 300 ml. More cream will yield a richer tart, but I prefer a lighter tart (and less fat but still taste good) so I used more milk instead. I used a mix of chocolate - dark, white and milk - as long as it's good-quality chocolate, your chocolate tart will definitely taste good. 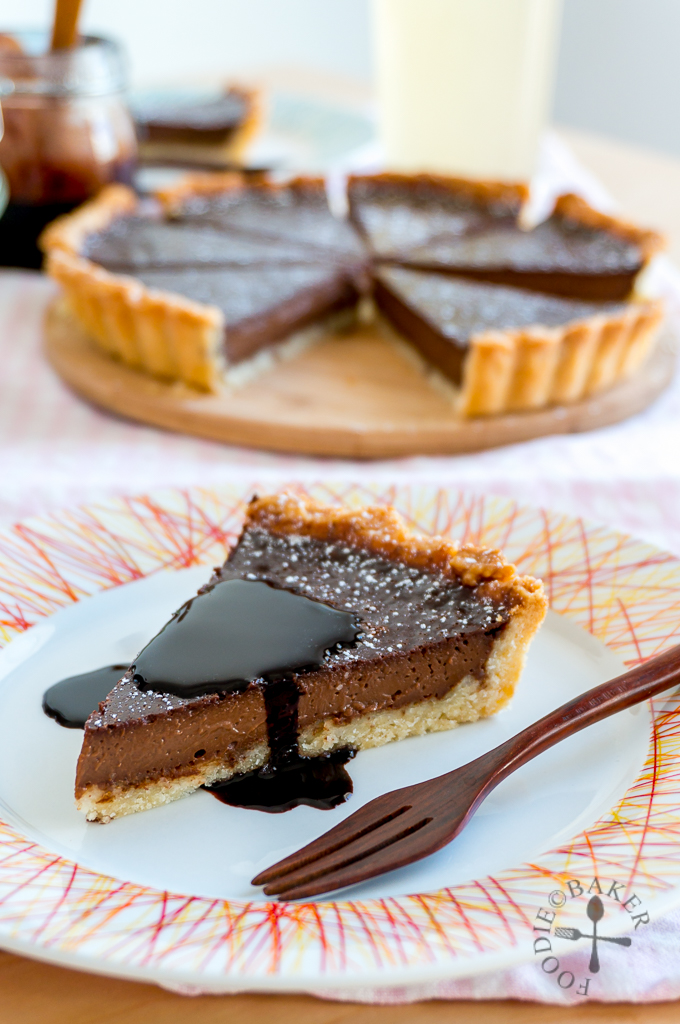 No step-by-step photos today for the chocolate tart but a video instead! I speed up the video to 4x the speed in most parts so the video won't be so draggy, hope it will be useful when you made your own tarts and pies at home! 🙂

A major thank you to Kenwood for sponsoring me the Kenwood Chef Sense, which has enabled me to try out recipes that I normally wouldn't attempt, like the Opera Cake and the TangZhong bread! We all know that Christmas season is coming, so if you have a special person who loves to experiment in the kitchen, this Kenwood Chef Sense has got to be the best present ever. It's also the best investment for your tummy as well 😉 The Kenwood Chef Sense is available at leading electrical retailers and department stores, at promotional prices of S$749 for Chef Sense (4.6 litres) and S$899 for Chef Sense XL (6.7 litres)! 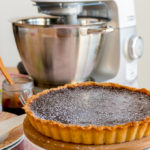 - Even if you are using a tart tin with a removable base, it's still good to grease and flour the tart tin.
- Recipe adapted from Recipe Book for the Kenwood Chef
Tried this recipe?Mention @foodiebaker or tag #foodiebaker! 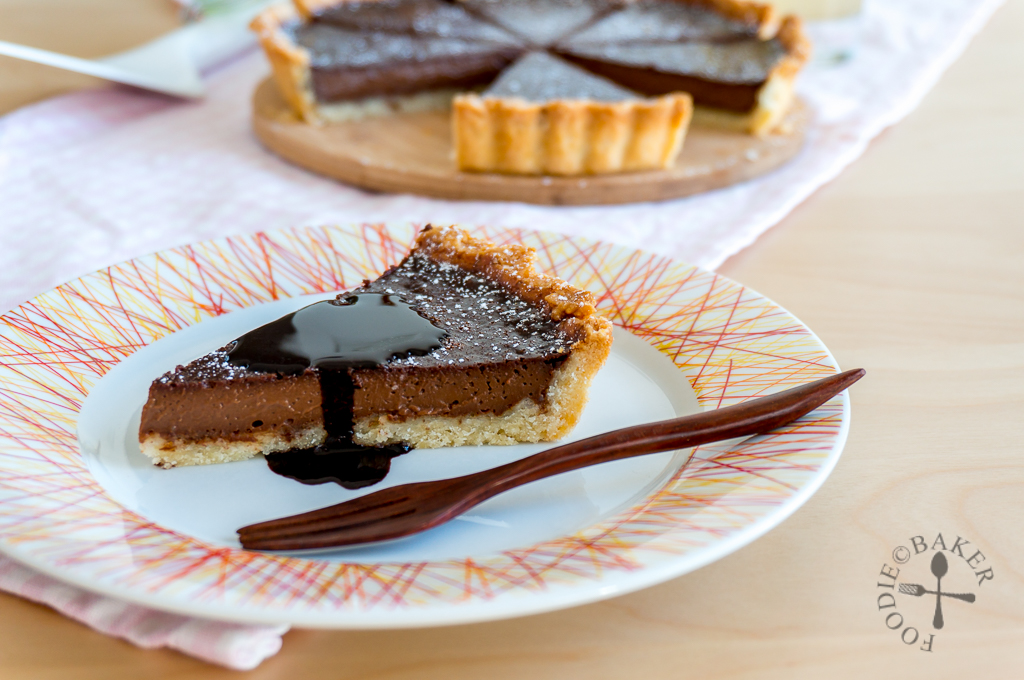 Full Disclosure: I was gifted with the Kenwood Chef Sense – no other monetary compensation is received. All opinions, recipe and photos are my own!