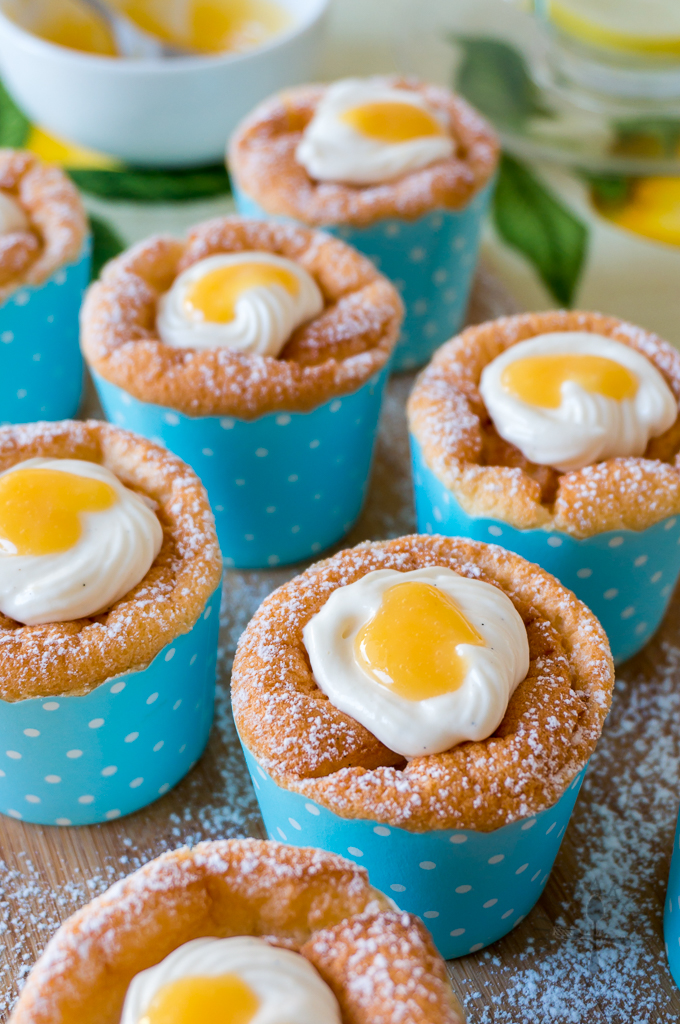 I don't know why but I'm recently hooked on making Hokkaido Chiffon Cupcakes. The combination of the soft, fluffy and spongy chiffon cake with the sweetened whipped cream makes such a light, delectable and pretty treat - and one is always not enough for me, I have to eat at least 2 at one go! 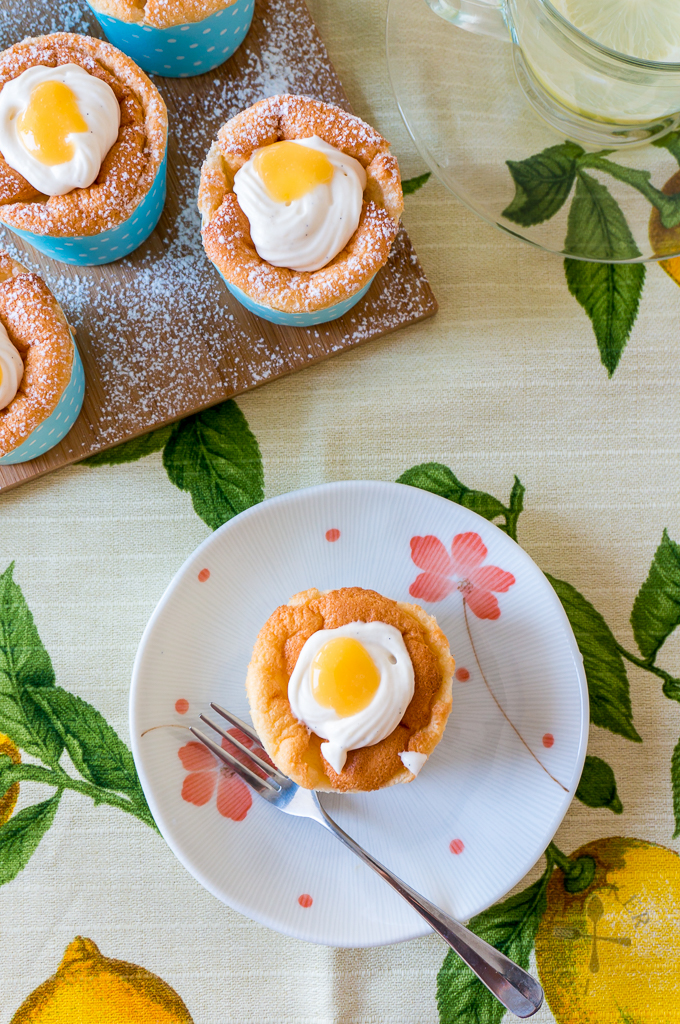 This is actually a scheduled post - I'm currently back in Singapore for a short holiday! But don't worry I've scheduled another Hokkaido Chiffon Cupcake recipe in the next few days before I'm back, so stay tuned! And do remember to sign up to my mailing list before 25 Dec as I'm sending out a free eCookBook on that day! Please also pardon me if I do not reply to your questions promptly or am lagging behind in visiting your blogs! Have a merry merry Christmas and a happy happy new year!

When X came home and saw this batch of Hokkaido Chiffon Cupcakes, he wanted to ask, "Why is there an egg on top of the cake?" It does look like an shiny and oozy egg yolk, doesn't it? But of course I will not plop a cooked egg on top of a cake, which would have been really weird. The yellow goodness is actually lemon curd! 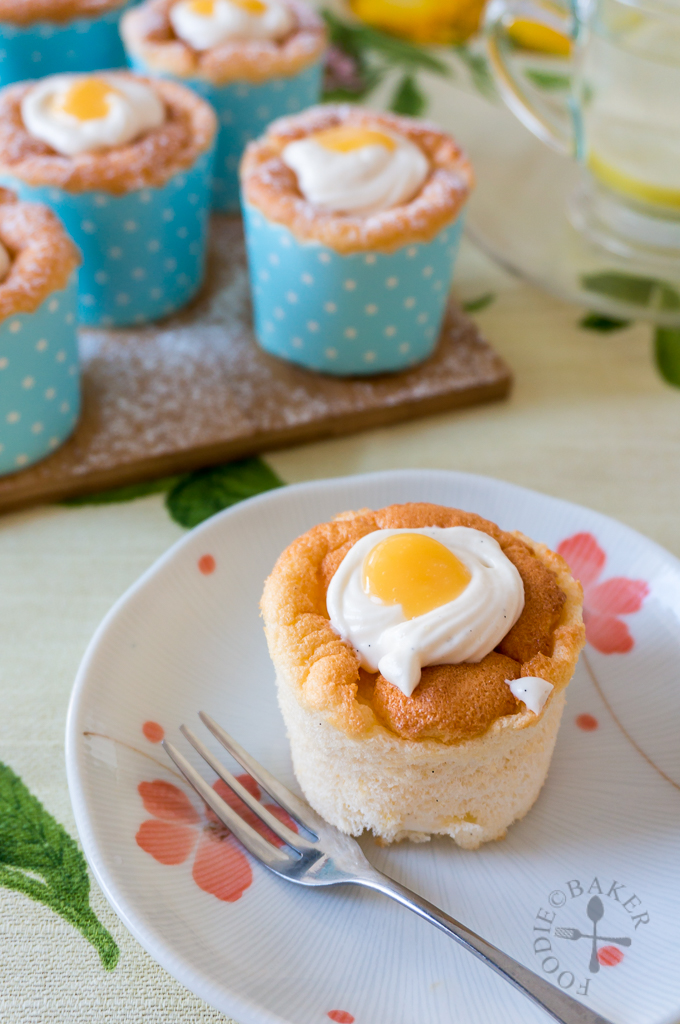 I really like lemon treats (though X is not very fond of them) - the tanginess makes a dessert so refreshingly delicious. This lemon curd recipe uses only 1 egg yolk, which is perfect to use up the leftover egg yolk from the chiffon cake recipe. I mixed most of the lemon curd into the vanilla whipped cream while saving some to dollop on top for decoration, hence accidentally creating an "egg effect" on these cupcakes. 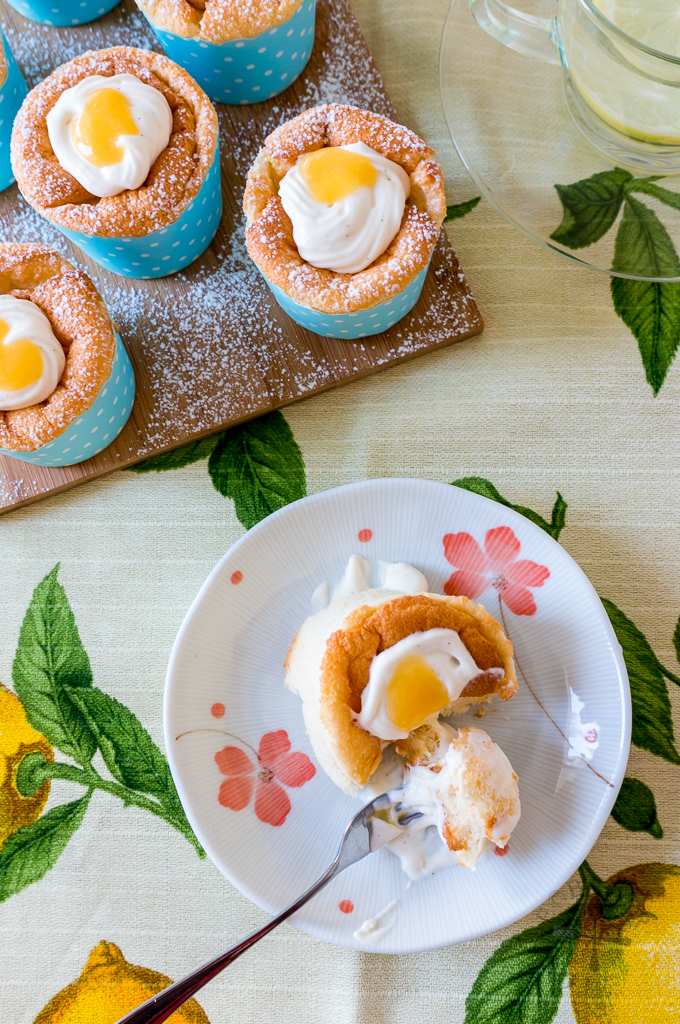 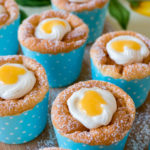