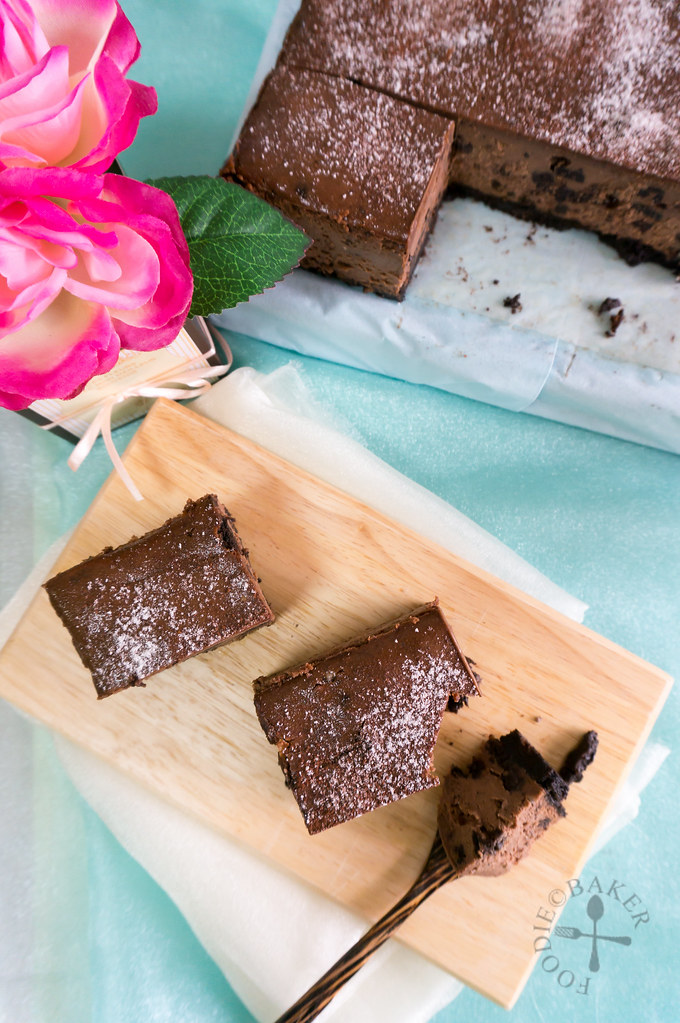 And here is the last installment of the Cheesecake series (here's the first and second one)! You have perhaps seen this cheesecake on my Instagram, when I brought this cheesecake to office for my colleagues.

One of my colleagues requested for an Oreo cheesecake, but because I've already made one before, I decided to adapt a chocolate cheesecake recipe instead.

Using Nigella's chocolate cheesecake as the base, I added lots of roughly crushed Oreos into the batter. But I still think there's not enough Oreos! So I will probably up the Oreos amount in the future.

I really love the rich and chocolatey texture of the resulting cheesecake! I resisted the temptation to add a chocolate glaze on top, which turned out to be a blessing in disguise because the cheesecake will otherwise be too rich! The chocolate did overpower the cheese taste, so if you are more fond of a stronger cheese taste, try out the original one, but if you like something chocolatey, this is the way to go. Which one do I prefer? Both are thick, rich and delicious... I can't decide!

Let's make this one, then try out the original one later!

To make the Oreo crust, get the recipe here! 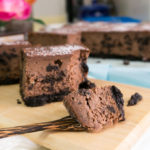 - I used Belcolade 55% chocolate and found the cheesecake still a little sweet. Will use a 70% chocolate in the future!
- Recipe adapted from Nigella
Tried this recipe?Mention @foodiebaker or tag #foodiebaker!