Piña Colada is a famous cocktail originating from Puerto Rico, made with rum, coconut cream/coconut milk and pineapple juice. It was claimed that the bartender of Caribe Hilton Hotel's Beachcomber Bar, Ramón "Monchito" Marrero Pérez, was the creator of this cocktail in 1954. Another restaurant owner, Ramón Portas Mingot, claimed that he created it in 1963 in his Barrachina Restaurant. 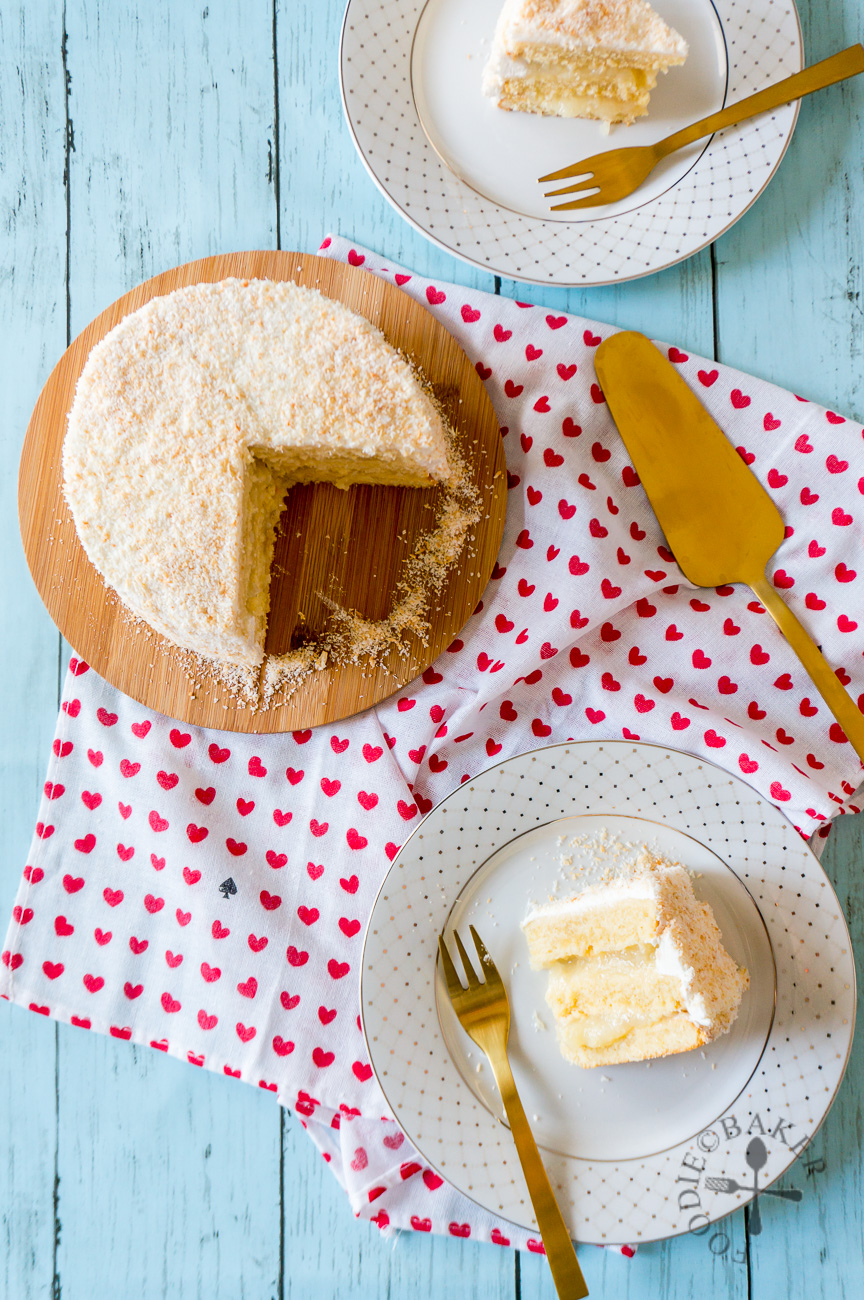 This Piña Colada cake consists of an egg yolk butter cake which I adapted from Rose Levy Beranbaum's The Cake Bible. I divided the cake batter among three cake tins to get three small cake layers (5-inch big per cake). The cake layers are then soaked in a rum-canned pineapple syrup before being assembled for a rum-y kick. I chose to make an egg yolk cake as the leftover egg whites can be used to make a Swiss Meringue Buttercream to frost the exterior of the cake. The buttercream was flavoured with a little rum but it's not very obvious.

The cake layers are filled with a pineapple filling that is made by boiling pineapple, syrup and cornstarch in a small pot. The filling is a bit like a jam but with a slightly more watery consistency. Lastly, the entire cake is then coated with toasted desiccated coconut (the coconut also helped mask the imperfect frosting haha, so win-win!) 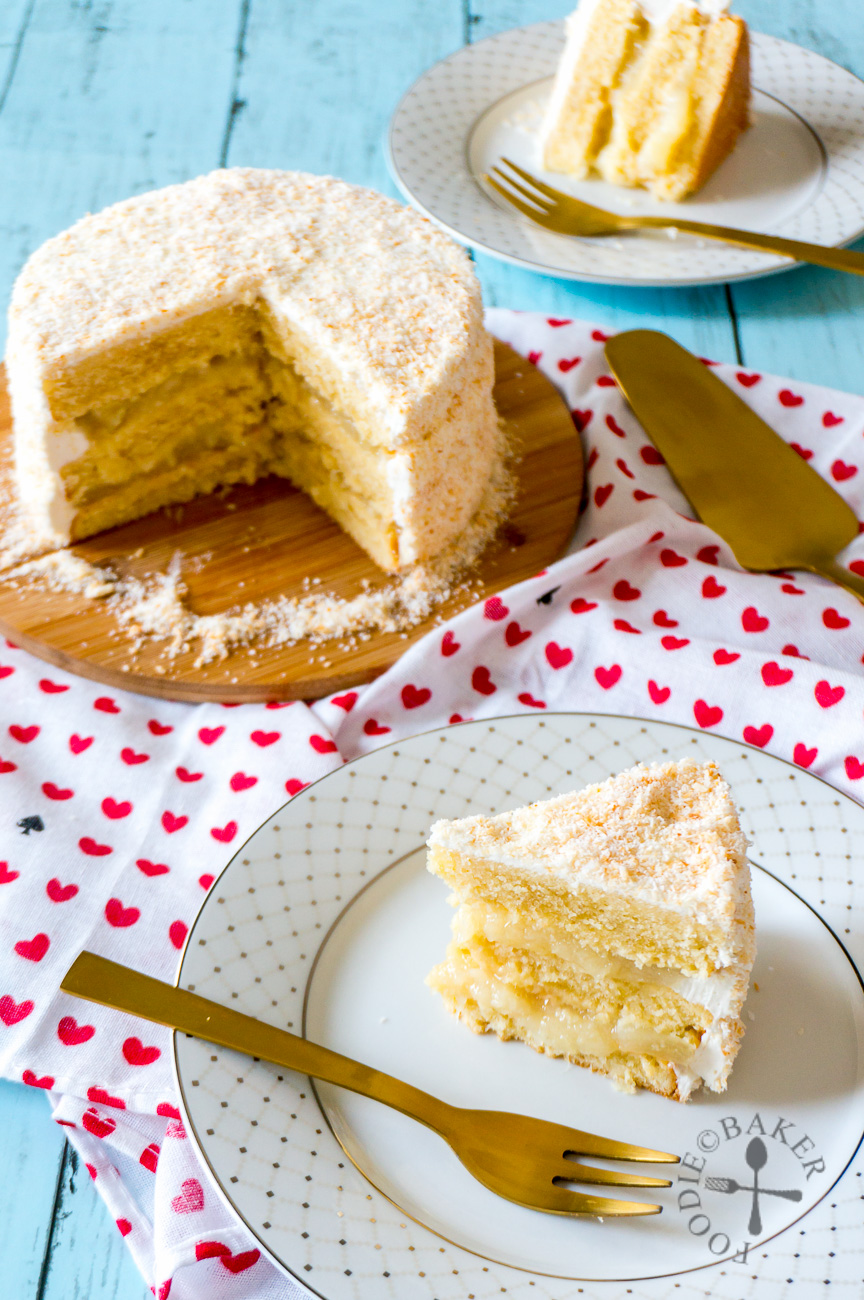 The cake was a little on the sweet side because I used quite a bit of the canned pineapple syrup as I didn't have pineapple juice on hand, so a small slice went a long way for me. However, this flavour combination of coconut, pineapple and rum is truly unique (something I've never tried before in a cake), and I'm actually pleasantly surprised by its deliciousness. Even X, who usually only likes chocolate cakes and find the rest of my cakes so-so, found this cake interesting and yummy! And he managed to guess that the name of the cake is Piña Colada, so I would say this cake is a success 😉

So if you have a friend who loves Piña Colada, I'm sure this cake will be perfect for them (perhaps even more perfect with a real Piña Colada cocktail served with it!) 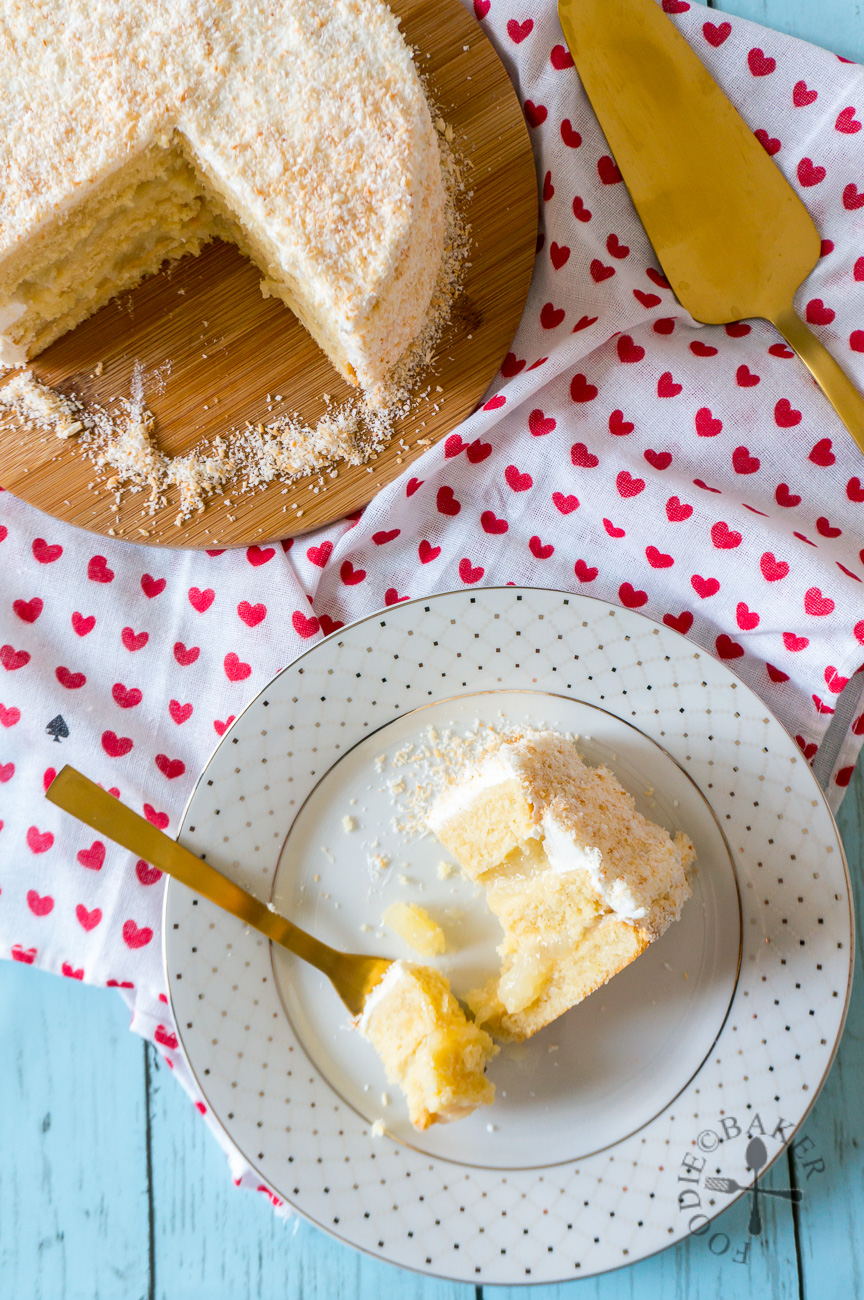 Decided to make the step-by-step photos into GIFs as there's a lot of them this time round, hopefully it's more useful! If you'd like to see the original GIFs, just click on the images! 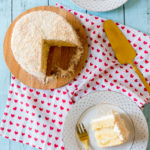